Hiking Mount Fuji outside of the summer months has been discouraged by authorities, but currently there is no law banning climbers from attempting to scale the famous landmark. 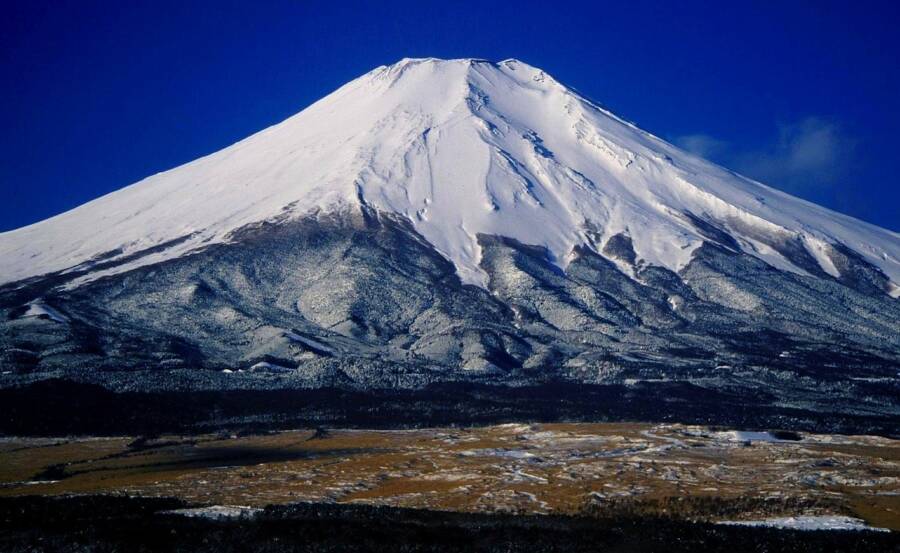 PixabayA body was found on Mount Fuji by local police after a climber, who had livestreamed his hike, fell and disappeared.

Local police have found a body on Japan’s Mount Fuji which many believe could belong to an unidentified climber who recently went missing. The climber fell while livestreaming his ascent up the famous volcano.

According to Japan Today, police discovered the body at an altitude of around 9,800 feet on Mount Fuji — not far from the seventh station along Mount Fuji’s hiking route, where the live-streaming climber was around the time of his fall.

In a YouTube livestream titled, “Let’s Go to Snowy Mt. Fuji,” a man who identified himself as TEDZU is seen trekking the snow-covered trail up the mountain. The video shows a clear blue sky and patches of rock peeking out underneath the snowy ground. Puffs of clouds appear on the left side of the screen, indicating the high-altitude of the man’s location up the mountain.

“I’m rushing to the peak,” he says in the video amid his panting breath. He complains about his cold fingers. “I should have brought a hot pack.”

As he continues up Mount Fuji, the slope gets steeper and the climb becomes more challenging.

“Oh, this place is slippery, getting dangerous,” the man notes to viewers watching his livestream. “I’m trying to walk by the rocks, yes, rocks. It’s a steep downhill.” Then, he seems to lose his footing and begins to fall.

“Wait!” he says, “I’m slipping.” In a matter of seconds, the screen is tilted upward as the man quickly loses his balance and falls backward down the slope. The video catches a few seconds of his fall as he rapidly tumbles down the snowy path, before the livestream cuts off.

Concerned viewers who witnessed the fall online notified local authorities about the incident and a search team was dispatched. According to Aiko Kishibata, a press officer with the Shizuoka Prefectural Police, rescue workers from Shizuoka and Yamanashi — the two districts straddled by Mount Fuji — have been searching for the fallen climber since early Tuesday morning.

On Wednesday afternoon, they found a body. The police are still working to identify the corpse, Kishibata stated it was too early to say whether the body was in fact the livestream climber. If the body is confirmed to be him, that means he captured the last moments before his own death during the livestream.

Mount Fuji has been technically closed to climbers since September, when the summer hiking season of the popular tourist site officially ended.

But even though the public is discouraged from hiking up the mountain during off-season due to the dangerous snow conditions, technically, people can — and apparently do — still climb it. The fact that there is no explicit law in Japan that prohibits climbers from entering the area during the snowy off-season might embolden climbers like the YouTube livestreamer to trek the mountain despite the dangers.

Standing at 12,389 feet above the ground, Mount Fuji is an iconic symbol of Japan and a natural wonder. But while it might not be regarded as dangerous as other peaks like Mount Kilimanjaro (19,341 feet) or Mount Everest (29,029 feet), the steep inclines and loose soil still make Mount Fuji a challenging climb even for experienced climbers. In fact, Mount Fuji’s beauty has attracted many climbers to their deaths. 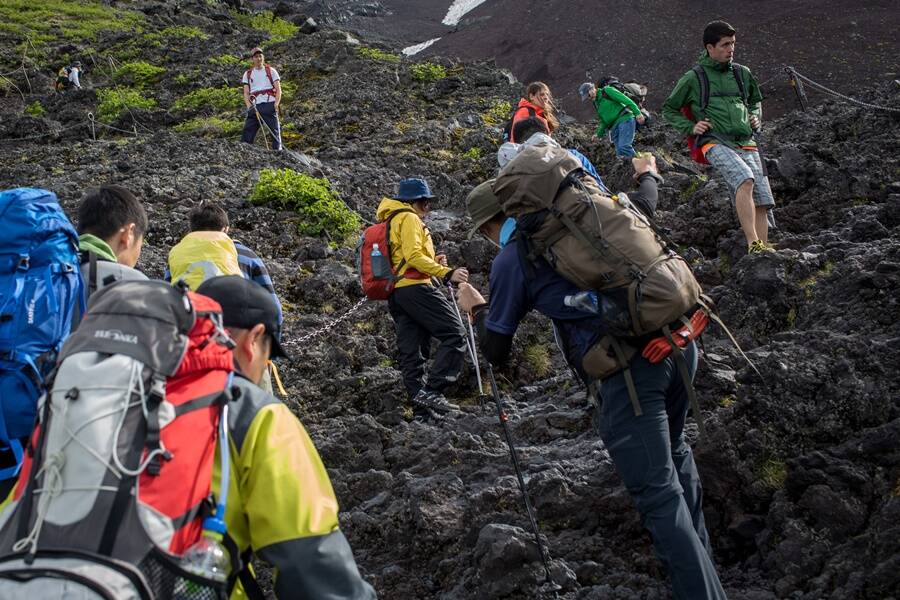 Chris McGrath/Getty ImagesMount Fuji is Japan’s highest peak and attracts tourists from around the world during the summer hiking season.

In 2017, seven people died while climbing up Mount Fuji — all of whom died going up the mountain during off-season — while 87 others were involved in “mishaps” during their climbs.

More recently, in August, a 29-year-old Russian hiker was killed by a falling rock on Mount Fuji.

She suffered fatal injuries to the heart and lungs after the rocks smashed into her chest as she was finishing her climb toward the summit. Authorities temporarily closed off the Yoshida trail, where the incident happened, between the area before the ninth station and the Fuji summit.

Estimates indicate that the number of climbers on Mount Fuji have increased over the past decade to around 200,000 to 300,000 a year, so the number of fatal accidents on the mountain are on the rise. In addition to these horrific deaths, there are also dozens of injuries that occur on Japan’s Mount Fuji every year.

Hopefully, this death will be this year’s last.

Now that you’ve learned about the climber who fell while livestreaming his hike up Japan’s Mount Fuji, read about how global warming is exposing more dead bodies on Mount Everest. Then, learn the tragic true story of David Sharp, whose death on Mount Everest remains the most controversial yet.