Clint Hill And His Storied Heroism During The JFK Assassination

When Secret Service agent Clint Hill heard the first gunshot in Dallas on November 22, 1963, he raced toward John F. Kennedy's limo to throw his body over Jackie and the president, but he was a second too late. 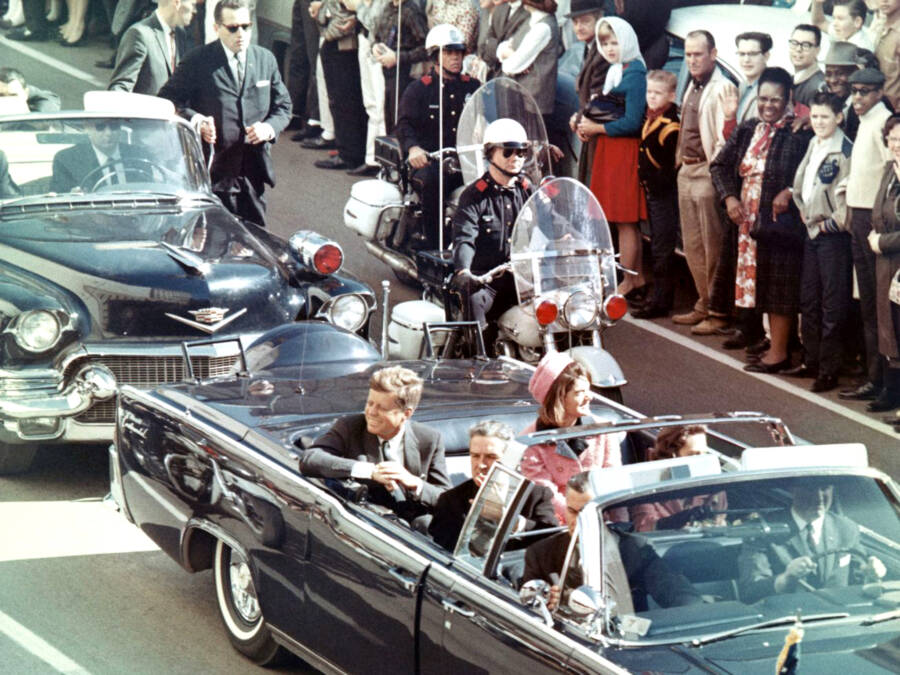 Walt Cisco/Dallas Morning NewsImmediately before the assassination of John F. Kennedy, Clint Hill stood steps behind the president and First Lady. He is in the upper left, wearing sunglasses.

When gunshots rang out as President John F. Kennedy’s motorcade drove through Dealey Plaza in Dallas, Texas on Nov. 22, 1963, many initially mistook the sound for fireworks. But not Secret Service agent Clint Hill.

Hill had been assigned to protect First Lady Jackie Kennedy that day. And when he heard gunfire, Hill ran toward the presidential motorcade. Of the several Secret Service agents who were just feet from President John F. Kennedy, Hill was the only one to run toward his car.

Although he leaped onto the back of the Kennedys’ limousine and managed to push Jackie back inside, Clint Hill was, despite his heroics, too late to save the president.

Born in 1932, Clinton J. Hill grew up in North Dakota. After earning a history degree in college, he joined the Army and later applied to the Secret Service.

But Hill’s first assignment wasn’t guarding the first family. Instead, he was sent to Denver, where President Dwight Eisenhower’s mother-in-law lived. After watching her home for a year, Hill moved to the White House, where he received a top assignment: guarding the president. 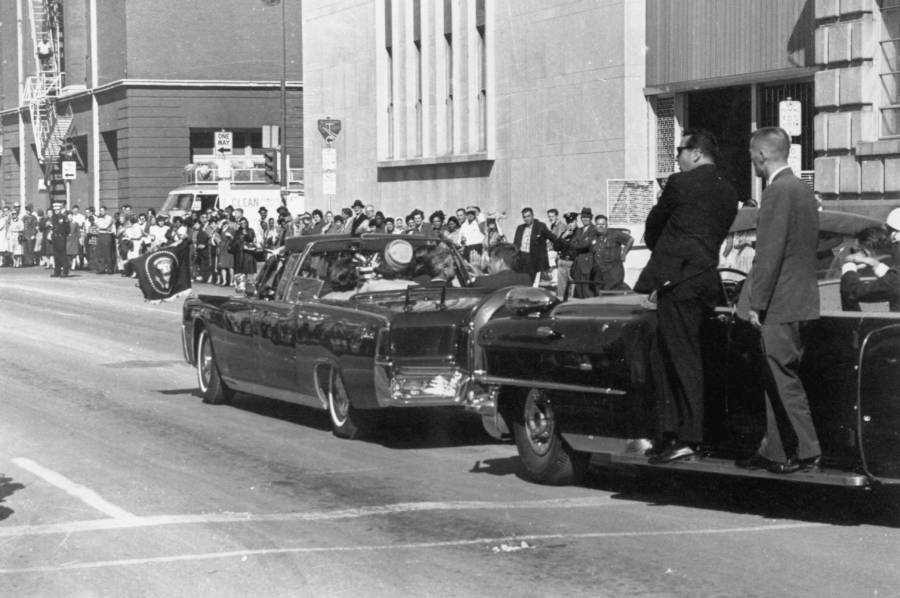 Corbis via Getty ImagesThe motorcade passes the Texas School Book Depository. Clint Hill can be seen standing on the rail of the car following the president’s limousine.

Hill earned another prime assignment when the Kennedys moved into the White House. He became the agent assigned to protect Jackie Kennedy.

On Nov. 22, 1963, Hill accompanied President Kennedy and the First Lady on a motorcade tour of Dallas. Early in the day, Hill walked next to the president’s limousine. Then he rode on the rear step, feet from the president.

But by the time the motorcade reached Dealey Plaza, Hill and the other Secret Service agents had pulled back. The limo was about to turn onto the freeway, so agents couldn’t ride on it.

At that moment, gunfire cracked through the air.

“My instructions for Dallas were to work the left rear of the Presidential automobile and remain in close proximity to Mrs. John F. Kennedy at all times,” Hill wrote. As the motorcade drove through Dallas, Hill moved from the presidential limo to the Secret Service car following it.

Then, Hill recalled, “I heard a noise similar to a firecracker.” He swung toward the limousine. “I saw the President hunch forward and then slump to his left.” 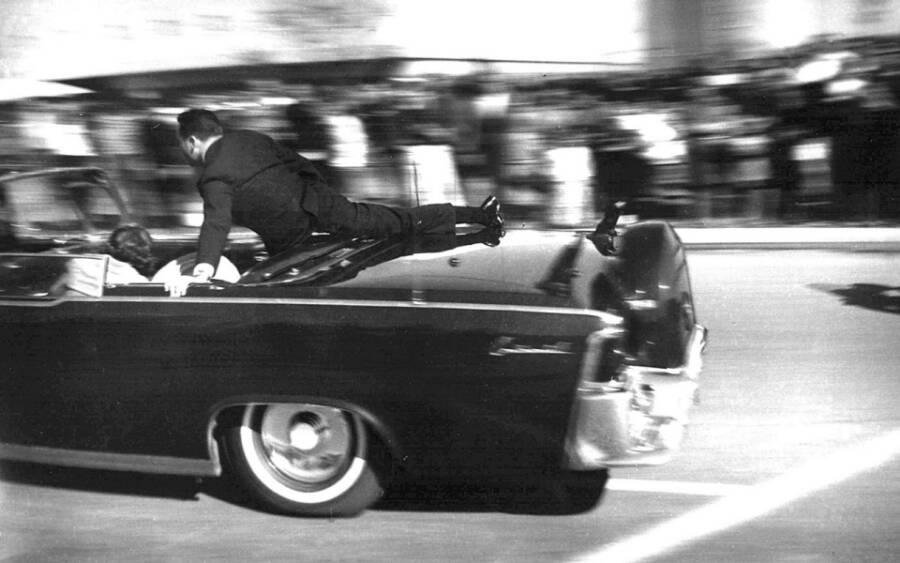 Justin Newman/Public DomainClint Hill threw himself on the back of the president’s car, seconds after gunfire rang out.

Hill sprang into action. “I jumped from the follow-up car and ran toward the Presidential automobile… I jumped onto the left rear step.”

The Secret Service agent could not avoid seeing John F. Kennedy’s grave wounds. “I noticed a portion of the President’s head on the right rear side was missing and he was bleeding profusely. Part of his brain was gone. I saw a part of his skull with hair on it lying in the seat.”

On the drive, Jackie wept, crying out, “Jack, Jack, what have they done to you.” 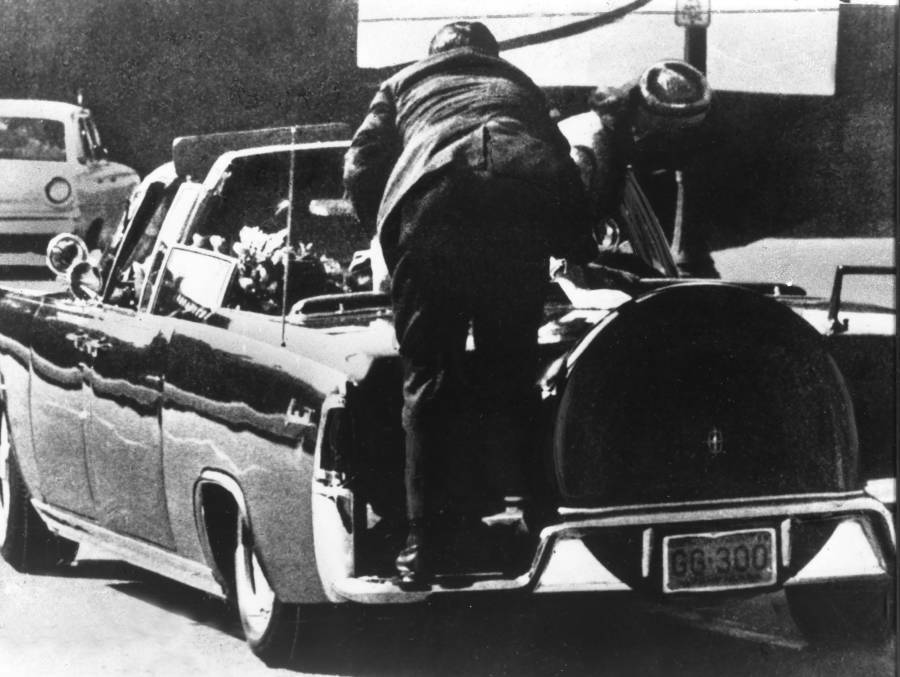 Ullstein Bild via Getty ImagesClint Hill on the back of the president’s limousine immediately after the shooting.

At the hospital, Hill got off the limousine and covered the president’s body with his suit coat. He went into the emergency room with Jackie. The First Lady was covered in blood.

Soon, President Kennedy was declared dead, and Lyndon Johnson took the oath of office. Despite the trauma of the assassination, Clint Hill stayed on as a Secret Service agent for another decade.

Inside The Fallout Of The John F. Kennedy’s Assassination

The Kennedy Assassination shocked the nation and tore apart the Kennedy family. It also hit the Secret Service hard.

Clint Hill and his fellow agents felt responsible. As Jerry Blaine, another agent in Dallas on the day said, “We couldn’t help, but we felt like we failed. It was a terrible feeling.”

Hill shared that sentiment. “I felt that there was something I should have been able to do,” Hill lamented. “Moved faster, reacted quicker, gotten there just moments quicker, could have made all the difference in the world.” 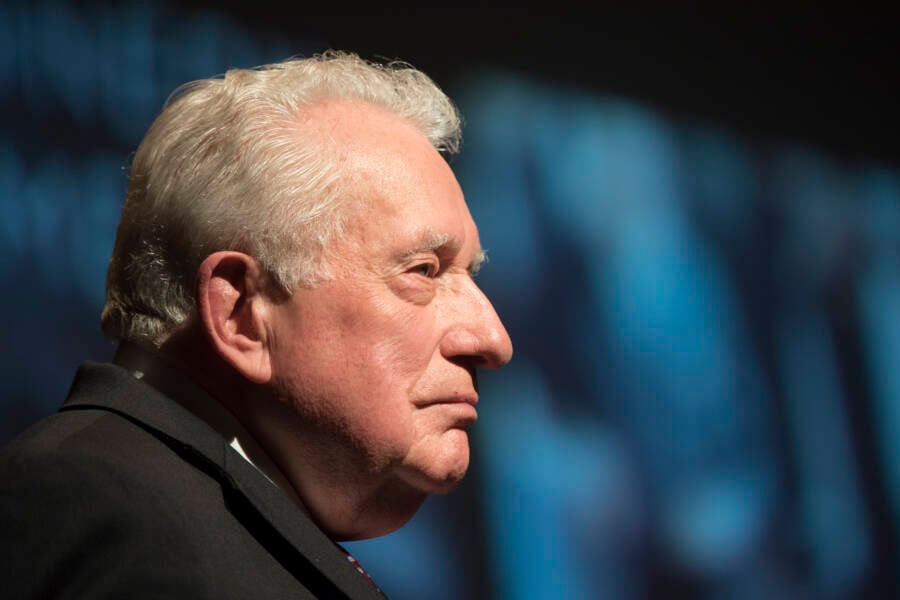 On the job, Hill continued to protect the now-widowed Jackie Kennedy. Days after burying John F. Kennedy, Jackie attended a ceremony commending Hill for his bravery.

But inside, Hill blamed himself for not blocking the third bullet, which killed the president. The agent turned to alcohol and suffered from nightmares. It took years for Hill to let go of his guilt. “You just have to accept it and live with it, the best you can,” he said.

In his time with the Secret Service, Hill protected five presidents. He circled the globe on Eisenhower’s peace tour. He watched the Apollo 11 launch from Cape Canaveral. And he was on the South Lawn when Richard Nixon left the White House.

As for the conspiracy theories about the Kennedy Assassination, Hill strongly believes Lee Harvey Oswald killed John F. Kennedy. “There’s no question in my mind he was the assassin,” Hill said. “I was there. I know what happened.”

After reading about how Secret Service agent Clint Hill tried to stop JFK’s assassination, look through these rarely-seen photos from the assassination and Kennedy’s autopsy. Then, browse these thrilling images of the Secret Service in action, from Abraham Lincoln to Donald Trump.