From morphine to Santa Claus to Nazis, this Coca-Cola history lesson will reveal how one sugary drink created the America we know today. 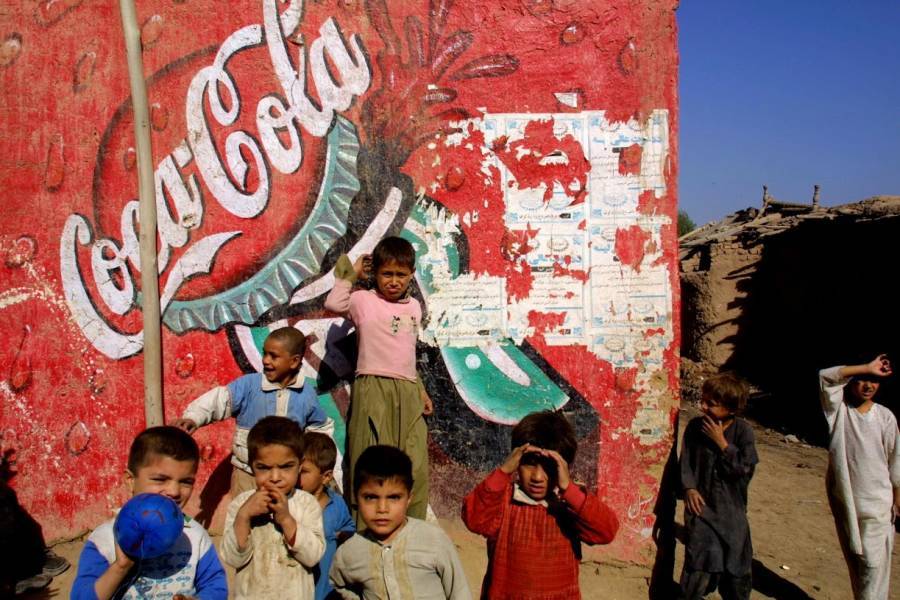 On the evening of April 16, 1865, Union and Confederate cavalry clashed over a bridge in Columbus, Georgia, in what was arguably the last battle of the U.S. Civil War. During the fight, a Confederate colonel named John Pemberton took a slashing saber wound to the chest and had to be carried away from the fight.

Believe it or not, this set of facts is the basis for why, today, you clip coupons before a shopping trip, why every vertical surface in the world is plastered with advertisements, and why children believe in Santa Claus.

Coca-Cola, the brand John Pemberton went on to found, has taken over the world. Interbrand, the authority on brand names and their value, lists Coca-Cola as the world’s third most valuable brand (behind Apple and Google). Its total assets equal about $90 billion (significantly more than Pepsi and Nike combined).

Moreover, Coca-Cola has grown into one of a select few brands that practically act as overseas ambassadors of the United States itself. Coca-Cola is so closely associated with American culture that the country’s cultural imperialism if often referred to as “Coca-Colonization.”

But what made Coca-Cola the symbol of America that it is today? Where did it start, how did it grow, and why is its logo probably more well-known than the American flag in all but two countries (Cuba and North Korea) on Earth today? It all started with that stroke of the saber that so nearly killed John Pemberton… 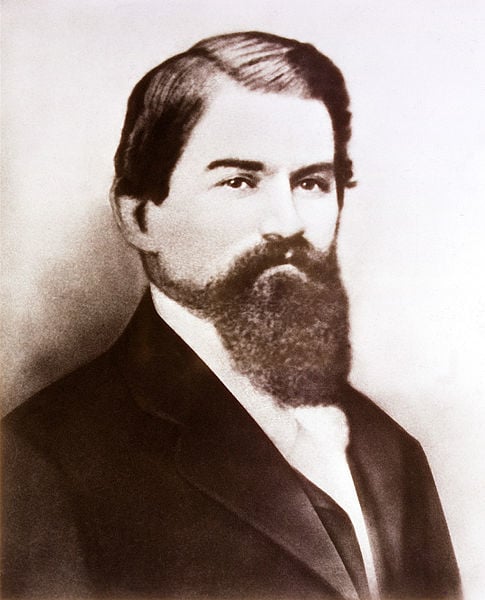 John Pemberton was dragged off the battlefield at Columbus with what was expected to be a mortal injury. The slashing saber had cut him deeply, and he was bleeding from a huge wound. Unconcerned about long-term side-effects, his doctors gave him a great deal of morphine to ease what they thought might be his last few hours.

The morphine treatment continued as Pemberton unexpectedly rallied and began to recover. But, like many Civil War veterans, he became dependent on the painkiller, even going so far as to start a pharmacy in Atlanta after the war to ensure a steady supply of his drug.

After about a decade, with his daily opiate habit taking its toll, Pemberton started looking for a cure. This was at a time (the 1870s) when medicine was barely scientific by today’s standards, and most “cures” for various ills were “patent medicines” that were virtually indistinguishable from exotic liqueurs. 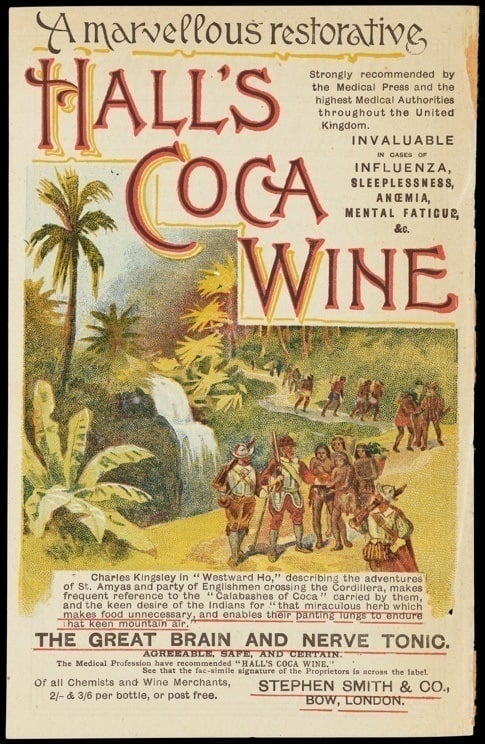 Pemberton had heard good things about coca wine, an admixture of wine and cocaine which was all the rage in France, and resolved to try it out.

His first product, Pemberton’s French Wine Coca Nerve Tonic, was a strong shot of alcohol mixed with cocaine and marketed as a cure for a long list of ailments, including opiate addiction, upset stomach, neurasthenia, chronic headaches, and erectile dysfunction. The drink was whipped up in batches of thick syrup and delivered to pharmacies, where it could be mixed with soda water and dispensed by trained professionals.

However, disaster threatened Pemberton’s new venture when, in 1886, prohibition fever swept over his part of Georgia and halted the production and sale of alcohol.

Cocaine, however, was still totally fine. Pemberton reformulated his product into a non-alcoholic beverage and kept right on selling it — although, by 1888, the recipe contained only around nine milligrams of cocaine, which is about one-tenth the usual recreational dose. 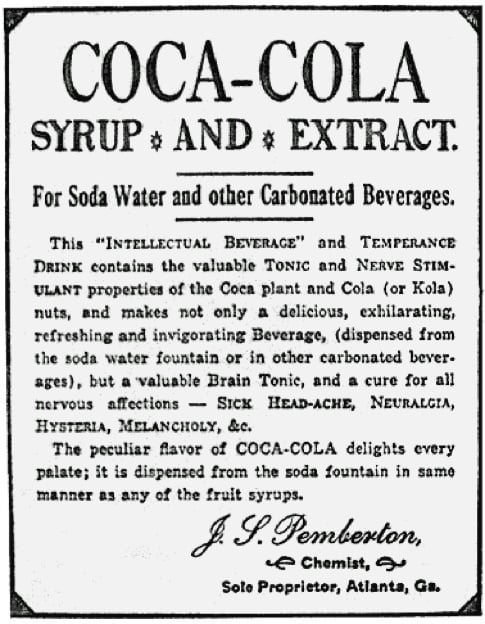 An 1886 Coca-Cola ad proclaiming its use of the coca plant, from which cocaine is made.

Interestingly, though no Coke product has contained cocaine since 1903, one of Coke’s partners – the Stepan Company of New Jersey – retains the only active federal license to import and process coca leaves (from which cocaine is made).

That process produces raw cocaine, which is shipped to the only pharmaceutical company in America that’s licensed to handle it (Mallinckrodt), with the spent leaves then used to produce a flavoring agent that’s still employed in the top-secret recipe for Coca-Cola.

But even more than that highly sought-after recipe, the production-sales-distribution network Pemberton set up right off the bat is probably the single biggest factor in Coca-Cola’s early, and continued, success. Pemberton didn’t actually invest in facilities or distribution — instead, he made the syrup at his own plant, then shipped it out to contractors and affiliates who could mix it and sell it how they liked.

This system created a very flexible arrangement where local distributors could freely experiment with marketing and delivery structures without putting the main franchise at risk. Coca-Cola dispensaries began to spread across the South, selling their drink for five cents a glass (a price that would remain static, for contractual reasons, all the way until 1959).