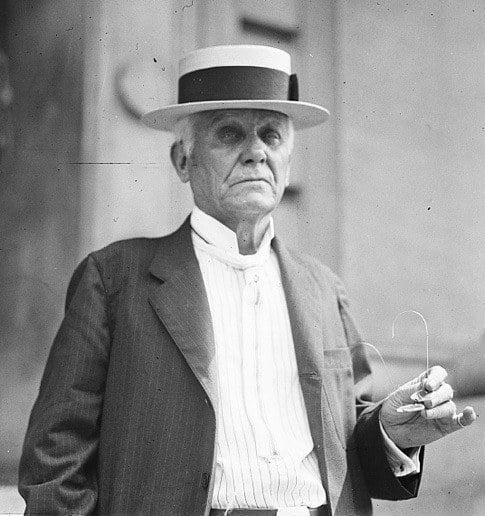 The morphine addiction John Pemberton invented Coca-Cola to cure finally killed him in 1888. Around this point, due to the complicated network of ownership and responsibilities Pemberton left behind when he suddenly died of an overdose, the history of the Coca-Cola brand gets rather murky.

One partner of Pemberton’s, Asa Candler, claimed to have bought a controlling stake in the company before Pemberton died. However, Pemberton’s son, Charley, claimed to hold the rights to the brand name, stating that the recipe was merely being used by Candler under an informal license.

The loose, complex corporate structure that had worked so well for John Pemberton threatened to sink his brand within months of his death if these issues couldn’t be resolved. In the end, Candler solved everything in the most American way he could think of: he threw money at everybody who had a stake in the brand until he was in total control.

By 1891, Candler was Coca-Cola’s sole proprietor, having invested the princely sum of around $3,000 in buying up shares and rights. This was probably for the best, since Candler turned out to be a genius who fundamentally changed the way large businesses operate all over the world.

Coca-Cola History: The Slip Of Paper That Changed The World

This 1888 ticket is believed to be the first coupon ever.

Even before John Pemberton died, Candler was hard at work building the Coca-Cola brand. In 1885, he may have devised what is now the world-famous Coca-Cola logo, writing out the name in the flowing Spencerian script that every schoolchild had to learn (and which is also the chosen font of the Ford Motor Company and Budweiser, to name two imitators of the approach).

Sources differ on whether it was Candler or Pemberton’s bookkeeper, Frank Mason Robinson, who drafted the design, but Candler evidently thought the world of it and kept it as the official logo for as long as he ran the company.

Candler was also tireless in coming up with new ways to share Coca-Cola with the world. In 1886, he started distributing little slips of paper that could be redeemed at the fountain for a single glass of Coca-Cola. While that notion may seem as insignificant as the little slips of paper in question, this seems to be the first instance in history of a company issuing coupons for free samples.

The theory – which proved dead accurate – was that people would be happy to try something new for free, and that they’d be just as happy to pay for it later as loyal customers. Between 1894 and 1913, approximately one in nine Americans drank a free Coca-Cola. With tactics like this, Coca-Cola soon spread across the United States.