Inside The Grisly Phenomenon Of Coffin Births

Thanks to embalming practices, coffin births rarely occur these days. However, between the 1600s and 1800s, it wasn't uncommon for a deceased woman to give birth. 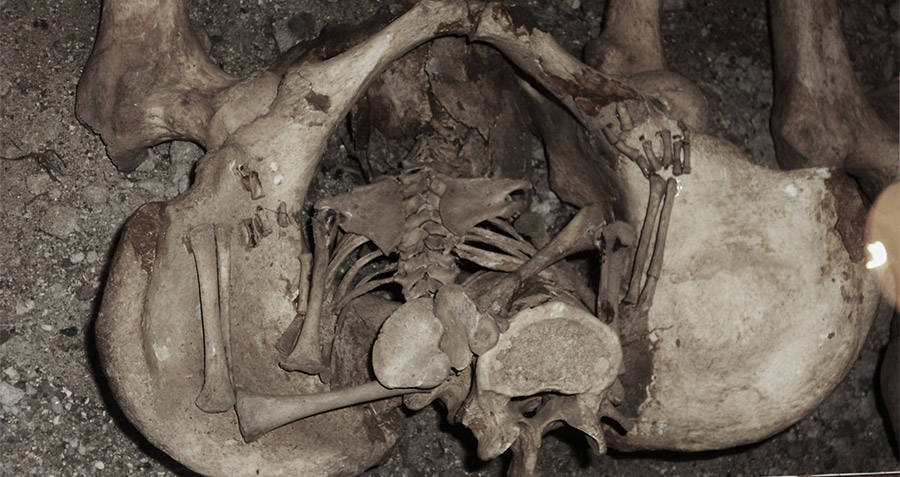 YouTubeA child’s skeleton inside another skelton.

In 1551, the Spanish Inquisition was in full swing. Mandated by the Spanish crown, those deemed heretical to Catholic orthodoxy (Jews, Muslims, and a plethora of other peoples) were subject to forced conversion, torture, and even death.

According to Transactions of the Obstetrical Society of London, one such victim was hanged to death under the hot Spanish sun, her body left twisting in the winds blowing in from North Africa. Four hours later, it was discovered she had been pregnant when two living children fell from her womb.

Fast forward nearly a century later, and a woman named Emme Toplace was interred quickly while her husband was away. When the bereaved visited her grave, he allegedly heard a child’s cry and ordered her disinterred. When her coffin was opened, it was discovered that she had given birth to a baby boy.

He lived and was named Fils de la Terre which means “Son of the Earth.” Emme’s parish register entry reads: “April ye 20, 1650, was buried Emme, the wife of Thomas Toplace, who was found delivered of a child after she had lain two hours in the grave.”

These bizarre meetings of life and death are called coffin births. While they sound like the stuff of Poe, they are a medical fact (the correct term is postmortem fetal expulsion).

The phenomenon occurs between 48 and 72 hours after the death of the pregnant person—abdominal gases build from the body’s decomposition, and the increasing pressure pushes the fetus through the vaginal opening, thus “birthing” it after death. 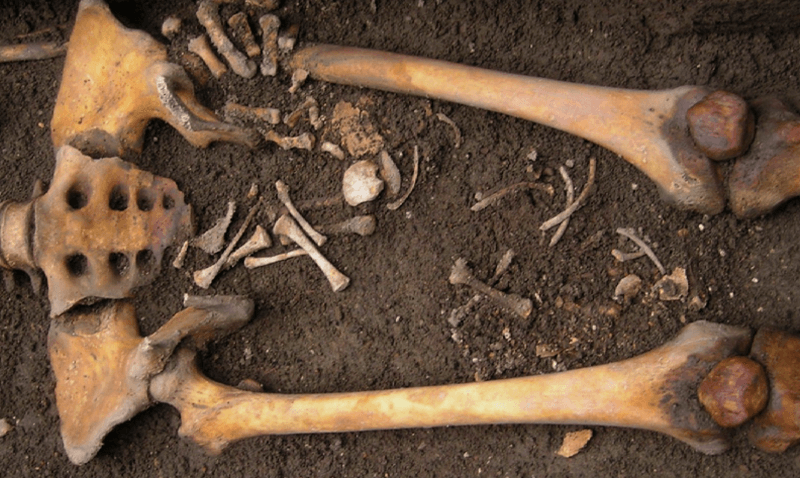 The remains of a coffin birth uncovered during a 2018 archaeological dig in Imola, Italy. It’s believed to have occured between the 7th and 8th century.

True coffin births are very rare, with similar phenomena getting lumped in with them. Rumors of Laci Peterson and a coffin birth floated around after her fetus was discovered, but investigators do not believe that was the case, as markings on the two bodies and the state of Peterson’s cervix are inconsistent with the signs of canal birth.

The more accepted explanations were that the fetus was removed forcibly from Peterson’s body, or in the postmortem wear and tear the abdomen opened and released the fetus.

They do, however, still happen in today’s world.

A woman in her 30s was found dead from an apparent overdose of heroin, to which she was addicted. Severely decomposed, the fetus was found partially emerged from the mother’s body, presumably a case of real-life coffin birth. Sadly, as is most often happens, the fetus and mother were both found dead.

As rare and morbid as coffin births are, they are a distilled representation of the thin line between life and death.

Now that you’ve read about coffin births, read terrifying true stories of people being buried alive. Then read about Lenin’s Mausoleum and how he became the best preserved corpse on earth. \