Where Is Nichol Kessinger? Here’s What Happened To Chris Watts’ Mistress

Chris Watts' girlfriend Nichol Kessinger didn't know that her boyfriend was capable of murdering his pregnant wife and daughters to be with her. Or did she? 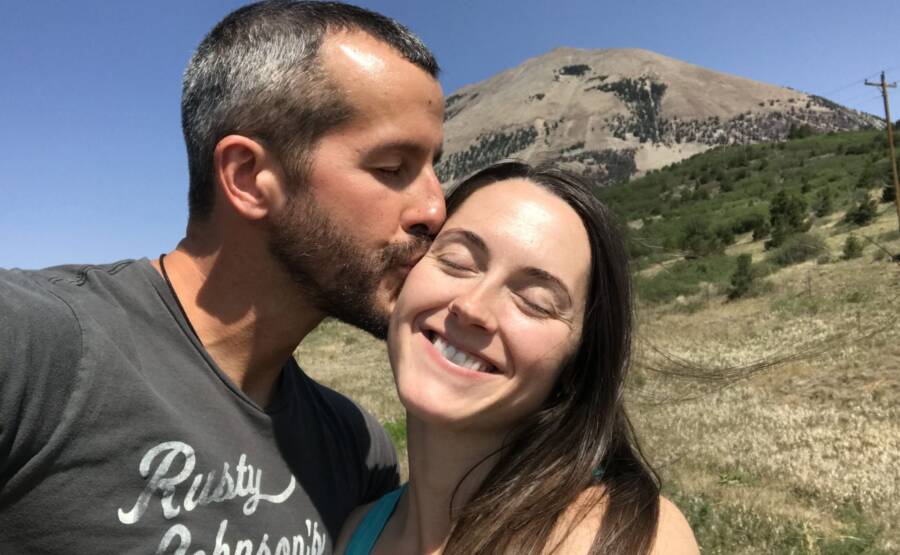 HandoutNichol Kessinger has allegedly been placed in witness protection.

When Nichol Kessinger and Chris Watts started dating in June 2018, sparks flew immediately. Watts claimed that his mistress, whom he met at work, showed him more respect than his own family and left him completely mesmerized. So in August, he murdered his pregnant wife and two daughters — to be with Kessinger forever.

Watts even staged his family’s disappearance to make it look like they left on their own. While authorities saw through this charade rather quickly, one mystery remained: How involved was Chris Watts’ girlfriend in all of this?

As chronicled in Netflix’s new American Murder: The Family Next Door documentary, Kessinger cooperated with the police, which helped ensure that Watts would go to prison for life. So some adamantly defend Chris Watts’ mistress as a well-intentioned woman who fell in love with a killer.

However, others believe she was just as culpable for the murders as Watts himself. As he languishes behind bars, let’s take a look at what Chris Watts’ girlfriend really knew — and where she is now.

Born in 1988, Nichol Kessinger was known for having a keen interest in geology. The Colorado native graduated from Colorado State University in 2013 with a Bachelor of Science, with an emphasis on geology. She also has an Associate of Science, which she received after studying geological and earth sciences and geosciences at the Community College of Aurora. 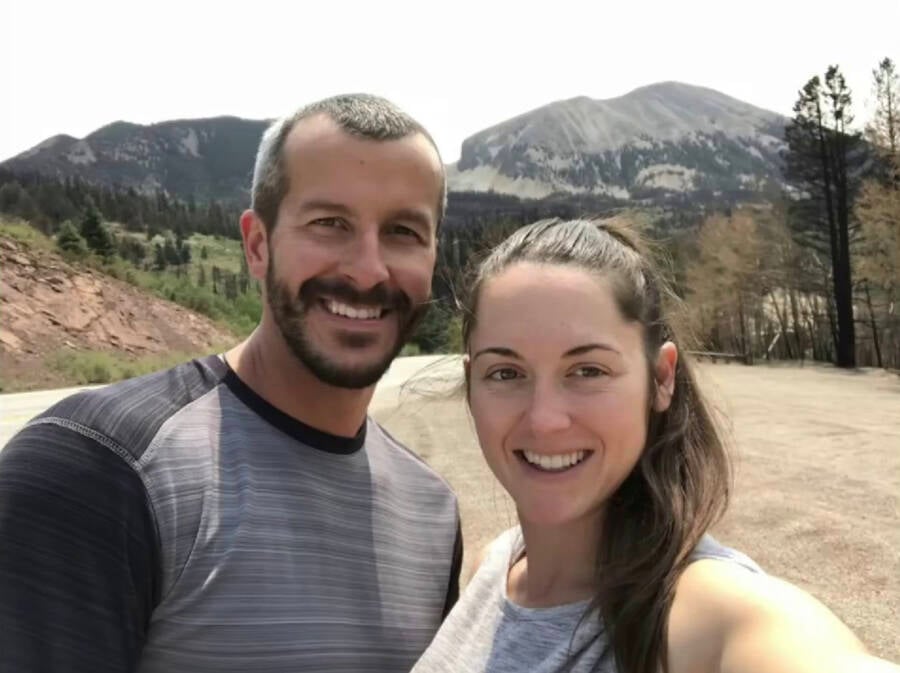 YouTubeKessinger claimed that Watts assured her that he was in the process of divorcing his wife.

Most of Kessinger’s life was spent in her home state. From Aurora to Denver to Fort Collins to Littleton, Colorado certainly had no shortage of opportunities in the sciences. Though she started off as a bookkeeper, she steadily moved upwards — and became a field engineer.

By early 2018, Kessinger had joined Tasman Geosciences, which contracted with Anadarko Petroleum Co., where Chris Watts worked. Though they were little more than colleagues at the beginning, Kessinger became Chris Watts’ mistress rather quickly.

“We started hanging out pretty frequently in the last week of June,” she told police. “He informed me that he did have two kids, that he was currently in the process of a separation from his wife. As far as I knew, that was becoming pretty finalized.” 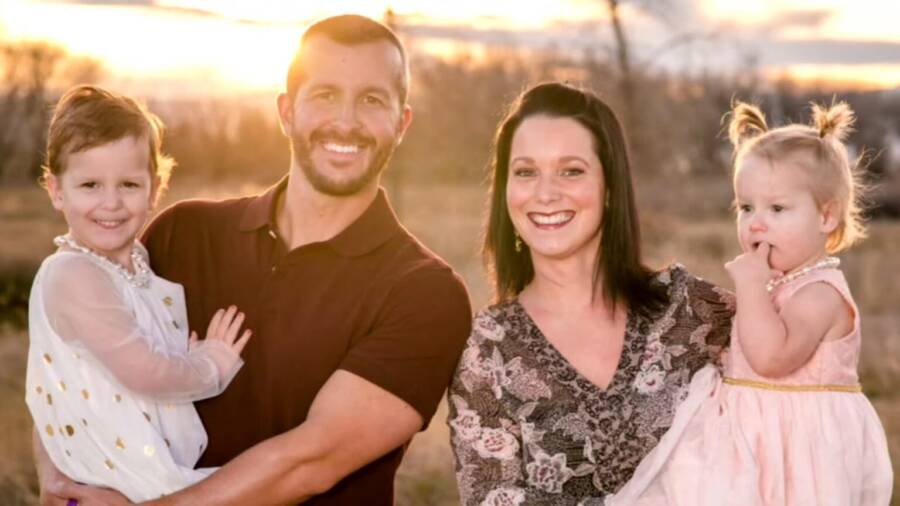 FacebookWatts murdered his pregnant wife and two daughters in August 2018.

There’s no hard evidence that suggests Chris Watts’ mistress knew just how finalized his separation would be. However, Watts and Kessinger did share an 111-minute phone call on the night of the murders.

In the early morning hours of Aug. 13, 2018, Chris Watts murdered his pregnant wife Shan’ann and their two daughters Bella and Celeste. Local media descended on the family home after their disappearance. Meanwhile, Watts shamelessly begged on camera for the safe return of his family.

While Kessinger was reportedly in love with Watts and convinced he was leaving his wife for her, something felt off as soon as she heard the news of his family’s disappearance. Not only did she learn that the wife and kids were missing, she also found out that Shan’ann was pregnant.

A Denver7 news interview with Chris Watts after he had already murdered his family.

Documents reveal that Kessinger actually reached out to authorities about the affair before they ever contacted her. However, she also deleted all of Watts’ information from her phone before she met with the police.

“I wonder if there’s more to this story than I know because I think he’s a really good guy, and you know, I’m worried about his wife and kids,” she told police. “And it’s just freaking me out because those little girls are just so little, and she’s pregnant, you know? And it’s like where’s their mom?”

Little did Chris Watts’ mistress know, all three of them were already dead — because he wanted to be with her instead.

The bombshell confession from Kessinger helped police tremendously when it came to solving this crime. They quickly found cards, photos, and letters the couple had sent each other and determined that Watts had been planning to start a new life outside of his marriage.

As for Watts, he initially claimed his family had left him, but that story later changed — and worsened. He first confessed to strangling Shan’ann after catching her killing their daughters. Months later, he admitted that he killed his entire family after telling his wife he was leaving her. As chronicled in Cherlyn Cadle’s Letters from Christopher, Watts’ crimes were ghastly. 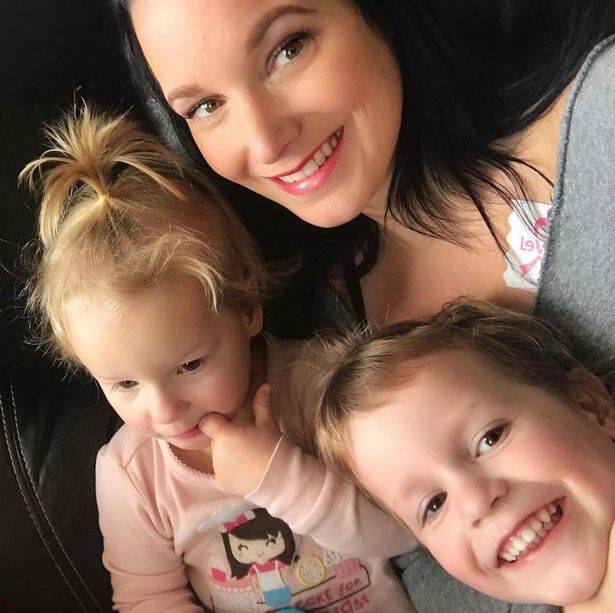 InstagramShan’ann Watts with her daughters Celeste and Bella.

After strangling his wife and attempting to smother his children, he drove Shan’ann’s body and his barely-alive daughters to one of the remote Anadarko oil fields. He dumped his wife in a shallow grave and again smothered three-year-old Celeste in her own blanket, before shoving her body through an eight-inch hatch — into one of the tankers.

“I couldn’t believe how easy it was to just let her drop through the hole and let her go,” he said of Celeste. “I heard the splash as she hit the oil.”

Four-year-old Bella realized what her father had done, and surprised him by putting up a fight. Watts later said, “I will hear her soft little voice for the rest of my life, saying, ‘Daddy, NO!’ She knew what I was doing to her. She may not have understood death, but she knew I was killing her.”

Tragically, he persisted through her screams and murdered her. All the while, Watts thought only of one thing — Nichol Kessenger.

“All I could feel was now I was free to be with Nikki,” he said. “Feelings of my love for her was overcoming me. I felt no remorse.”

Where Is Nichol Kessinger Today?

Nichol Kessinger provided the police with detailed information throughout the case, which was paramount in finding Chris Watts guilty of the murders. His conviction in November 2018 saw him receive five life sentences. 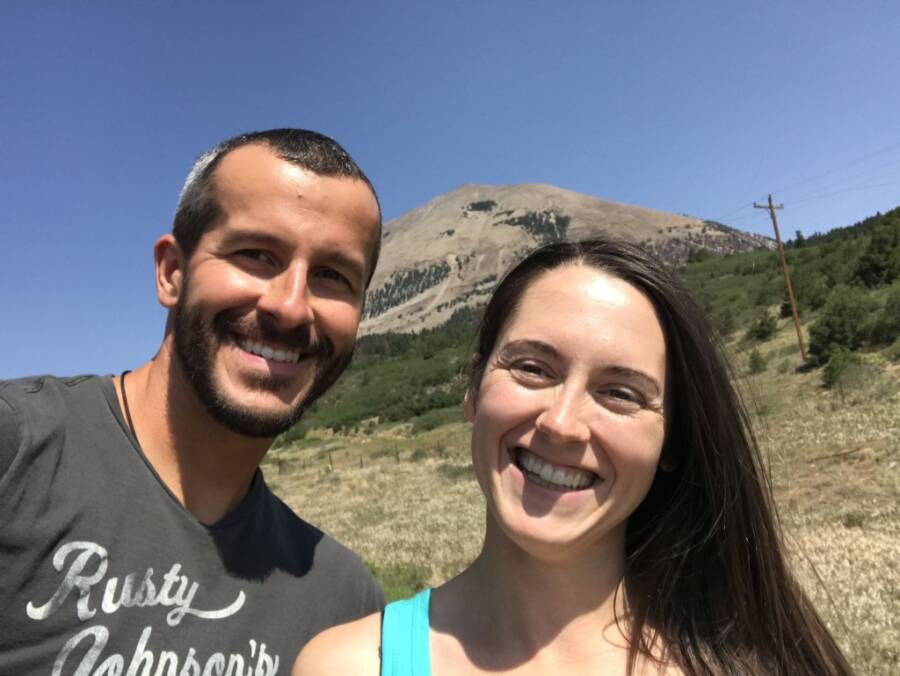 YouTube“I legitimately think his cheese was sliding off his cracker long before he met me,” Kessinger later said of Watts.

As Chris Watts’ girlfriend, Kessinger’s cooperation was essential for investigators determining his motivation. It only took a few days after his bizarre television appearance for authorities to extract information from him about the bodies.

“Nichol Kessinger turned out to have information that I can best describe as being a bombshell,” said Weld County District Attorney Michael Rourke.

Despite the bodies being located and Watts being incarcerated for his crimes, recovery of the bodies was gruesome. Many investigators described being profoundly affected by the experience, with one detective even reporting acute PTSD after the fact.

“I don’t think there is a logical explanation for what he did,” Kessinger said. “It’s a senseless act, and it’s horrific.”

As American Murder: The Family Next Door explores, the lives left behind are forever changed. For the family of Shan’ann Watts, there’s simply no rationale or excuse they could ever accept from their son-in-law. As for Nichol Kessinger now, she’s disappeared entirely. 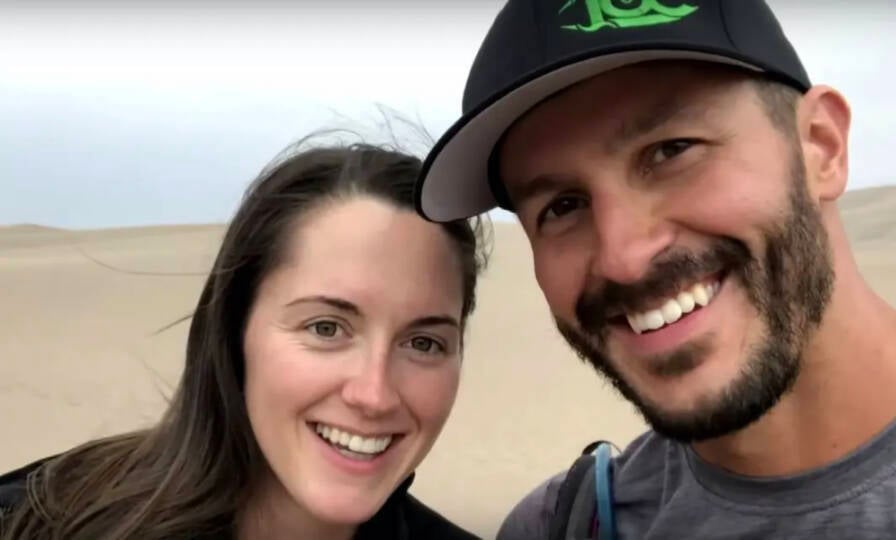 YouTubeWatts is serving five life sentences while Kessinger has purportedly been given a new identity by the government.

Oddly enough, authorities noted from Kessinger’s internet history that she had searched for Amber Frey’s net worth following the murders. As Chris Watts’ mistress, Kessinger could certainly relate to Scott Peterson’s girlfriend — as she also dated a man who murdered his pregnant wife.

While not illegal, it certainly appeared as though she considered monetizing the tragic incident. It remains to be seen if she will ever do so.

To the contrary, sources claim that Nichol Kessinger is now in witness protection. One insider said, “She has received several threats, public shaming, and could be considered one of the ‘most hated women’ in America. She plans to start fresh with a new name, new town, and ultimately a new identity.”

With a new name and new address, Chris Watts’ girlfriend is presumably hundreds of miles away from Colorado. Surely, she’s more than eager to start anew.

After learning about Nichol Kessinger, read about Mitchell Quy killing his wife and letting police watch him look for her. Then, learn about Marcus Wesson, who killed nine children because he thought he was Jesus.