Inside Lenin’s Mausoleum And The Best-Preserved Corpse On Earth 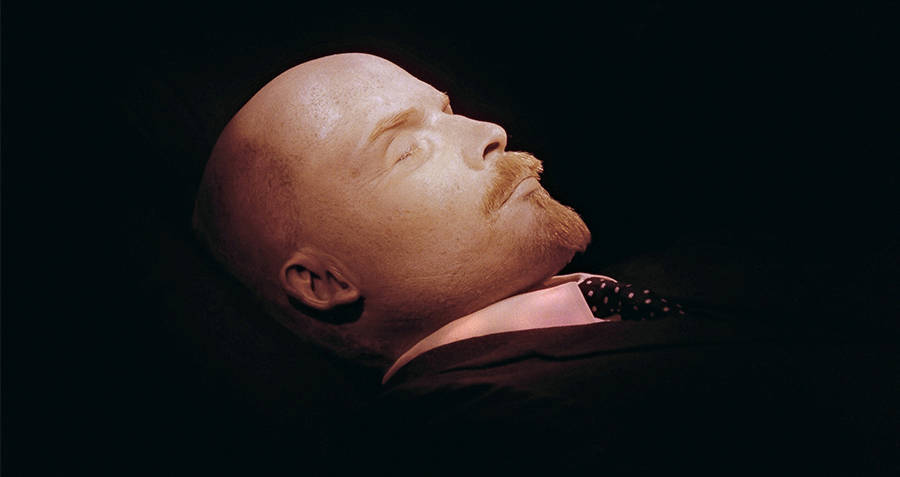 AFP Stringer/Getty ImagesVladimir Lenin’s corpse, photographed in 1991 for the first time in 30 years.

His eyes are closed, his hair is combed, and his mustache is neatly trimmed. He is dressed in a modest black suit, and his arms rest peacefully at his sides.

In a mausoleum in Moscow’s Red Square, the body of Vladimir Ilyich Lenin lies on a bed of red silk, in an ornate glass sarcophagus. Even 92 years after his death, the corpse of the first Soviet leader still remains so lifelike that it’s often said to scare small children.

Though many assume at first glance that the figure is made of wax, it is, in fact, the very real and impeccably preserved body of the Bolshevik revolutionary.

How has the body held up so well for so long? All of the internal organs have been removed, leaving only the skeleton and muscles behind, and the body is re-embalmed regularly and lovingly watched over by a team of dedicated specialists — as it has been since the day Lenin died.

That day was January 21, 1924, upon which the original plan had been to bury the body. He was, at first, only temporarily embalmed to prevent decomposition so that a funeral could be held. Then, after a four-day funeral during which tens of thousands of mourners would brave freezing temperatures to honor his memory, he was to be buried. 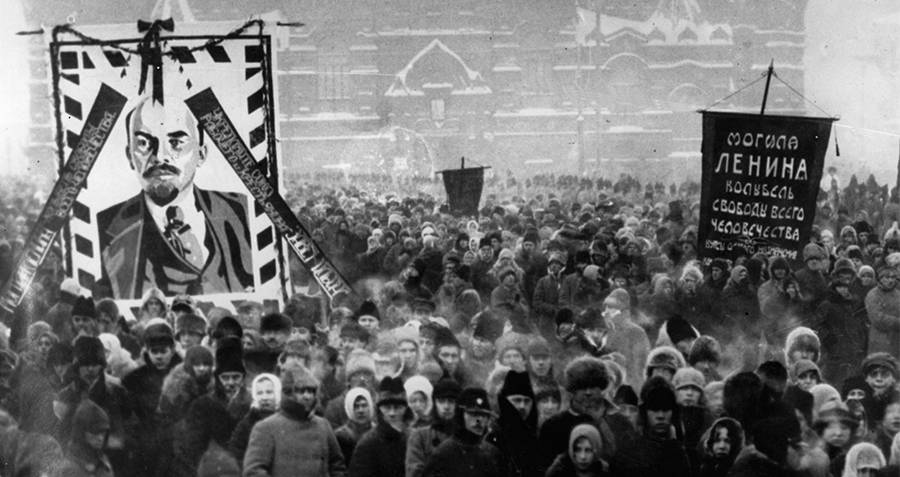 However, four days didn’t seem to be enough time for the mourners. Foreign dignitaries and citizens wanted to pay their respects to the deceased leader, so a temporary wooden mausoleum was constructed, and Lenin’s corpse was placed inside. Thanks to the cold temperatures, which hovered between 18 and 20 degrees Fahrenheit, Lenin’s corpse remained almost perfectly preserved.

After 56 days, Soviet officials decided against burial and began to look into permanently preserving the body.

Inspired by the freezing temperatures that had preserved Lenin’s corpse up until then, the original plan was to deep-freeze the body. The international trade minister at the time, Leonid Krasin, was granted permission to find special freezing equipment in Germany. However, before he could get started, two chemists suggested embalming.

Vladimir Vorobyov and Boris Zbarsky argued that freezing the body would not be a permanent solution, as decomposition, though extremely slow, would still take place. They argued that a special chemical cocktail could be injected into the body in order to prevent it from changing color or shape, or drying up and decomposing at all.

The practice had already been tried on a few bodies and had been thus far successful. So, with time running short due to rising temperatures, the government agreed upon embalming.

However, by this time, Lenin’s corpse had already suffered some irreversible damage. Dark spots had formed on the skin and the eye sockets had begun to sink, as happens during the early stages of decomposition.

Therefore, before the body could be embalmed, scientists spent months whitening the skin and researching which chemical mixtures would be best for preservation. Finally, after almost eight months, they reached a conclusion, one that remains shrouded in mystery to this day. Nevertheless, the body would now be preserved and the mausoleum on Red Square was open to the public again.

Today, the group of scientists responsible for keeping Lenin’s body in its eerily-lifelike state is referred to by most as the “Lenin Lab.” These scientists visit Lenin’s Mausoleum every few days.

They check that the lighting and carefully calculated temperature are still perfect for preservation. Every 18 months, the body is taken to a special facility under Lenin’s Mausoleum, and re-embalmed. There, the body is washed in embalming fluid and injected with the necessary concoction of chemicals.

Despite being almost perfectly preserved, there are no internal organs left in Lenin’s corpse. His skeleton, muscles, skin, and some connective tissues remain, but the organs were removed shortly after his death. His brain was taken to the Neurology Center at the Russian Academy of Sciences, where it has been studied numerous times in order to learn about the leader’s “extraordinary abilities.” 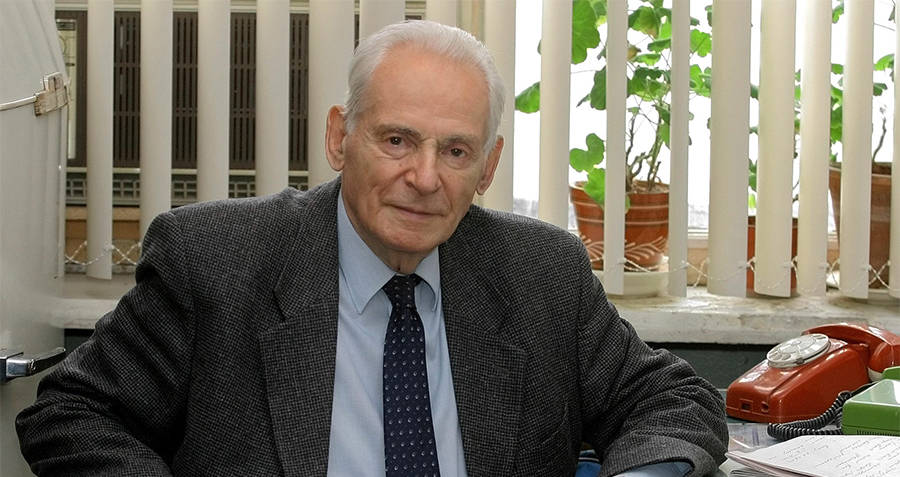 MCT/Getty ImagesIlya Zbarsky, son of Boris Zbarksy, followed in his father’s footsteps and was once on the team of scientists in charge of Lenin’s corpse.

The Lenin Lab scientists also ensure that the body looks natural, by making sure that the joints work, and are positioned in a natural way. They also monitor the condition of the skin, and periodically replace disintegrating tissue with artificial material.

Beyond these regular measures, any experimental procedures intended to be used on Lenin’s corpse are first practiced on “experimental objects,” which are unidentified bodies kept in the lab, so as to not accidentally cause damage to Lenin’s corpse.

The success of the body’s preservation has resulted in several other nations requesting that similar practices be performed upon their own leaders. VIP “customers” such as Vietnamese President Ho Chi Minh, Bulgarian leader Georgi Dimitrov, and North Korea’s Kim Il-sung and Kim Jong-il have also been embalmed and preserved by Lenin Lab scientists, as well as former Soviet dictator Joseph Stalin, whose embalmed body lay beside Lenin’s from 1953 to 1961.

Despite other nations partaking in the preservation, the scientists at the Lenin Lab have yet to share their secrets. The foreign dignitaries who have been embalmed have been done so by Lenin Lab scientists after they refused to share their work. They even make scheduled visits to the other embalmed bodies to perform maintenance. 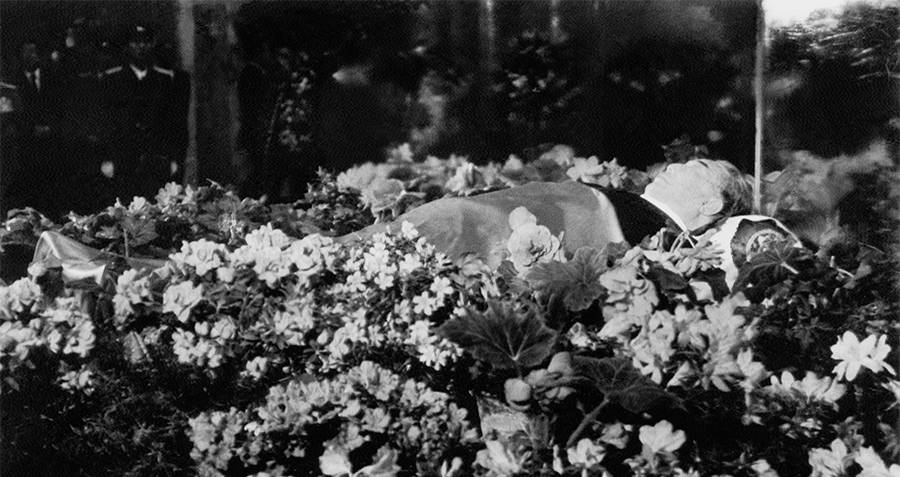 AFP Stringer/Getty Images The body of North Korean leader Kim Il-sung, which was also embalmed by scientists from the Lenin Lab.

Though their work is shrouded in secrecy now, that wasn’t always the case. In the early 1990s, a Russian television channel managed to gain access to the Lenin Lab, and film a detailed documentary about what goes on inside it. The documentary was made in an effort to let the public know about the lab — and in order to save it.

In 1991, after the collapse of the Soviet Union, the new democratic leaders wanted nothing to do with the embalming practices and called for the corpse to finally be buried and Lenin’s Mausoleum destroyed.

Eventually, after protests in the Red Square, the Kremlin garrison ensured the safety of Lenin’s Mausoleum, and his remains. However, they said, they would be cutting government funding.

With the estimated annual cost of preserving the body coming in at around $200,000, the Lenin Lab reached out to the public for donations. Now, they say, they have enough to cover the costs, though the Federal Guard Service won’t specify how much that amount is.

It may sound like an exciting job, being one of the Lenin Lab scientists, but the current ones say that interest is dwindling. The scientists there are looking to retire, and there are less and less young people willing to take their place.

However, despite the lack of interest in taking over, the Lenin scientists remain firmly opposed to burying Lenin. They equated it to failure, and see it as a 92-year-long experiment coming to an anticlimactic end.

For now, though, the corpse is kept in the lab as closely monitored as ever, periodically on display at Lenin’s Mausoleum, and is still as creepily-lifelike as it has been for the past 92 years.

After this look at Lenin’s Mausoleum, read up on some other Xin Zhui, the 2,000-year-old Chinese mummy that just might be the best-preserved corpse in all of human history. Then, check out the most powerful Russian revolution pictures. Finally, read up on Carl Tanzler, the doctor who lived with a corpse.