The Russian Revolution In Pictures

The Russian Revolution that led to the formation of the Soviet Union is a long story of relatively fast social change in a short amount of time.

Because Russia was still using the Julian calendar at the time, they are known as the February and October Revolutions. Following the Bolshevik uprising in November, a four-year civil war would break out between the communist Red Army and the conglomeration of loosely affiliated anti-Bolsheviks, ending with the cementing of the Communist state and the formal founding of the USSR: 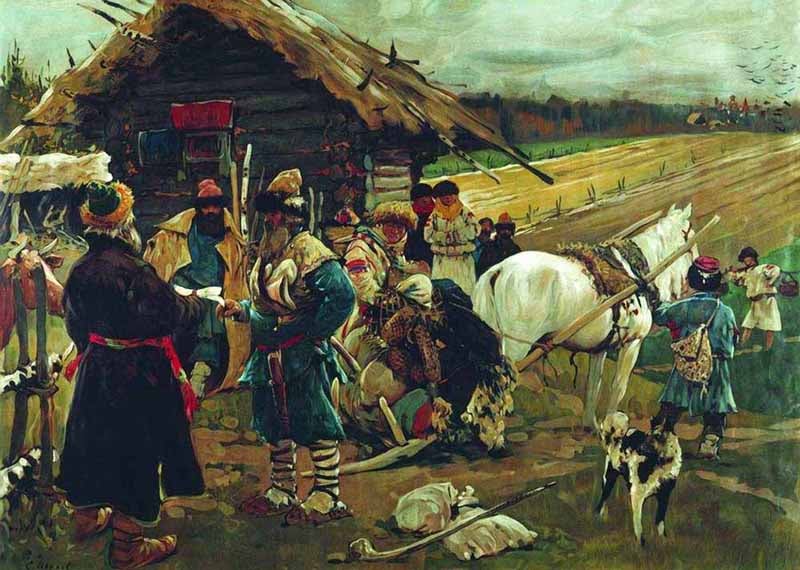 Serfdom was abolished in 1861 as calls for political reform were gaining traction. By the 20th century, multiple cultural struggles were coming to a head. 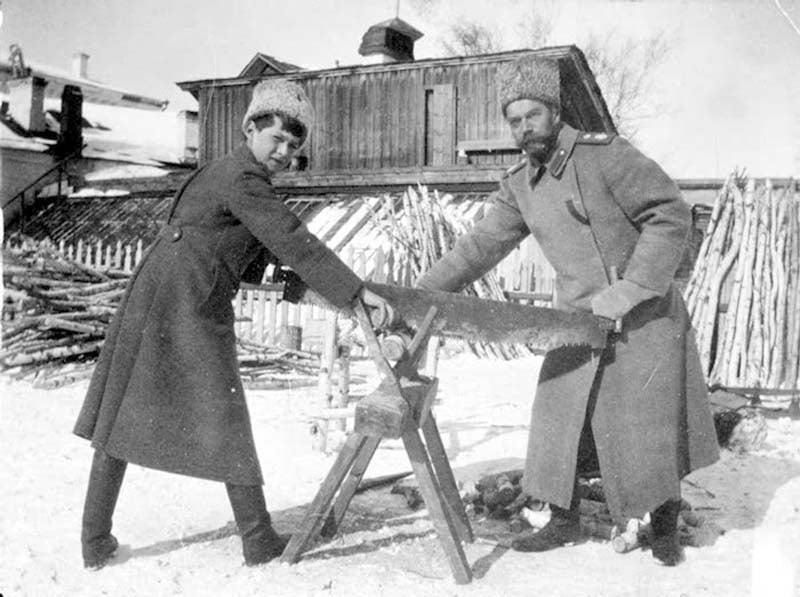 Tsarevich Alexei and Tsar Nicholas II sawing wood in 1917. Nicholas was worth $900 million when he was killed in 1917, making the struggles of his people to feed and heat their families all the more appalling. 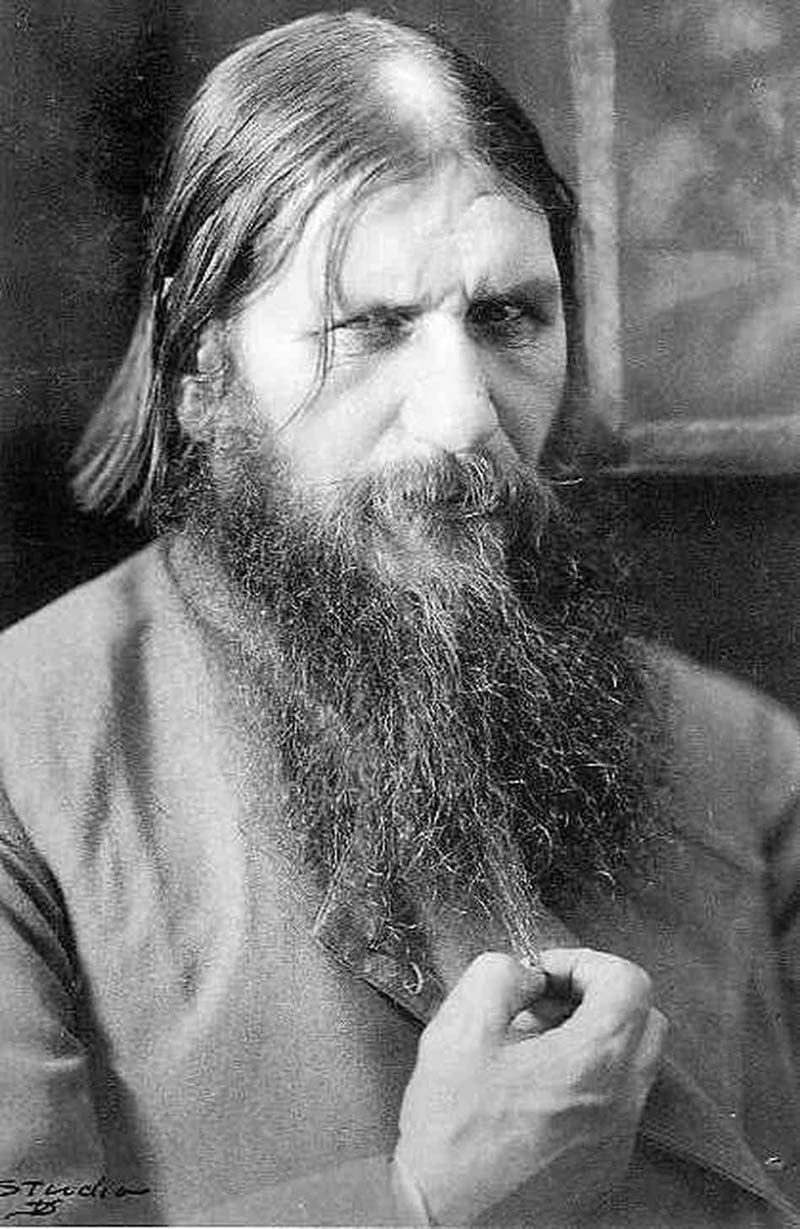 Grigori Rasputin was a controversial healer who gained favor with Tsarina Alexandra when he was able to stop the young heir Alexei’s hemophilic bleeding episodes. The public quickly lost confidence in the stability of the royal family as Rasputin gained more clout. Despite his death in 1916, damages to the Romanov reputation could not be undone. 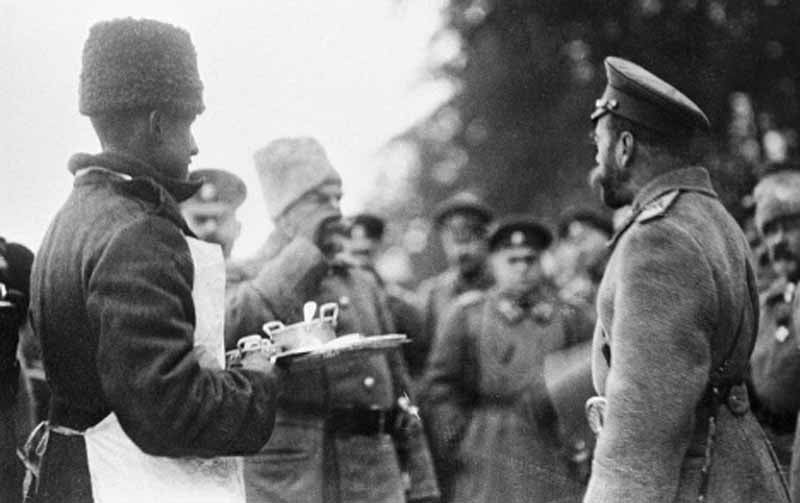 Tsar Nicholas II is served lunch by a muzhik during World War I. Russian involvement in World War I was the final straw for the public, as the already terrible toll of the new era of combat was particularly devastating to Russia. 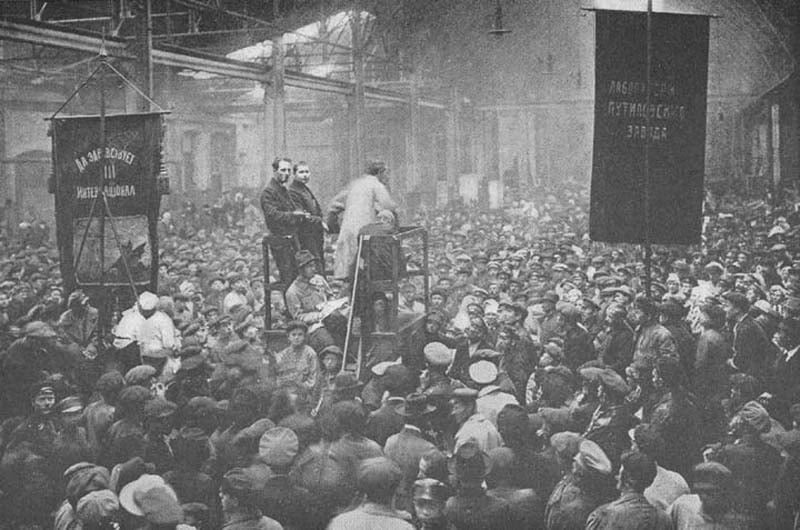 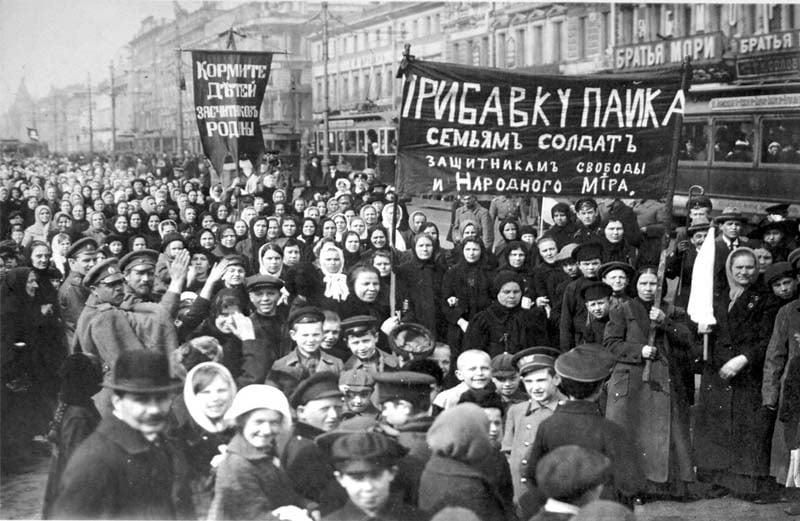 Fed-up with social and political stagnation, workers strike en masse. With the war going badly for Russia and the shortage of bread and coal, the door was wide open for revolution. 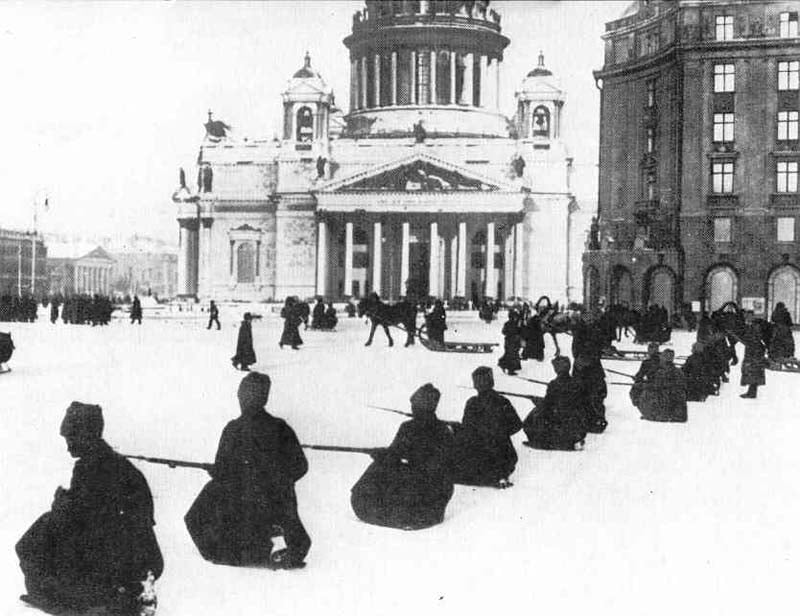 Soldiers are called in to quell the riots by force, but refuse to shoot on the crowds. With massive economic losses due to nationwide strikes and dwindling political support, Nicholas II abdicates his throne. 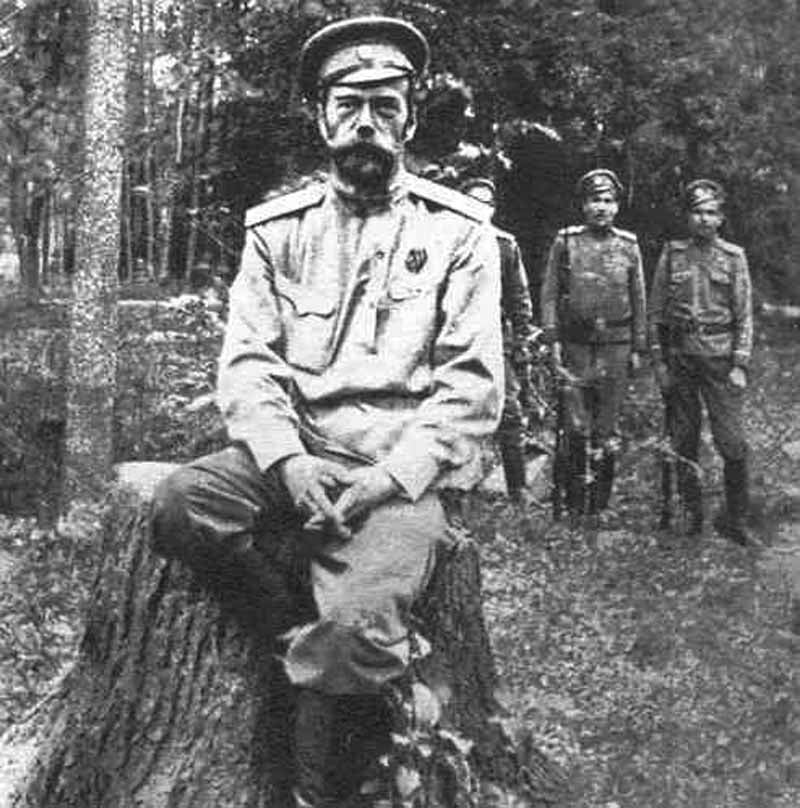 Nicholas II in detention. The whole royal family would be killed by the end of the year. 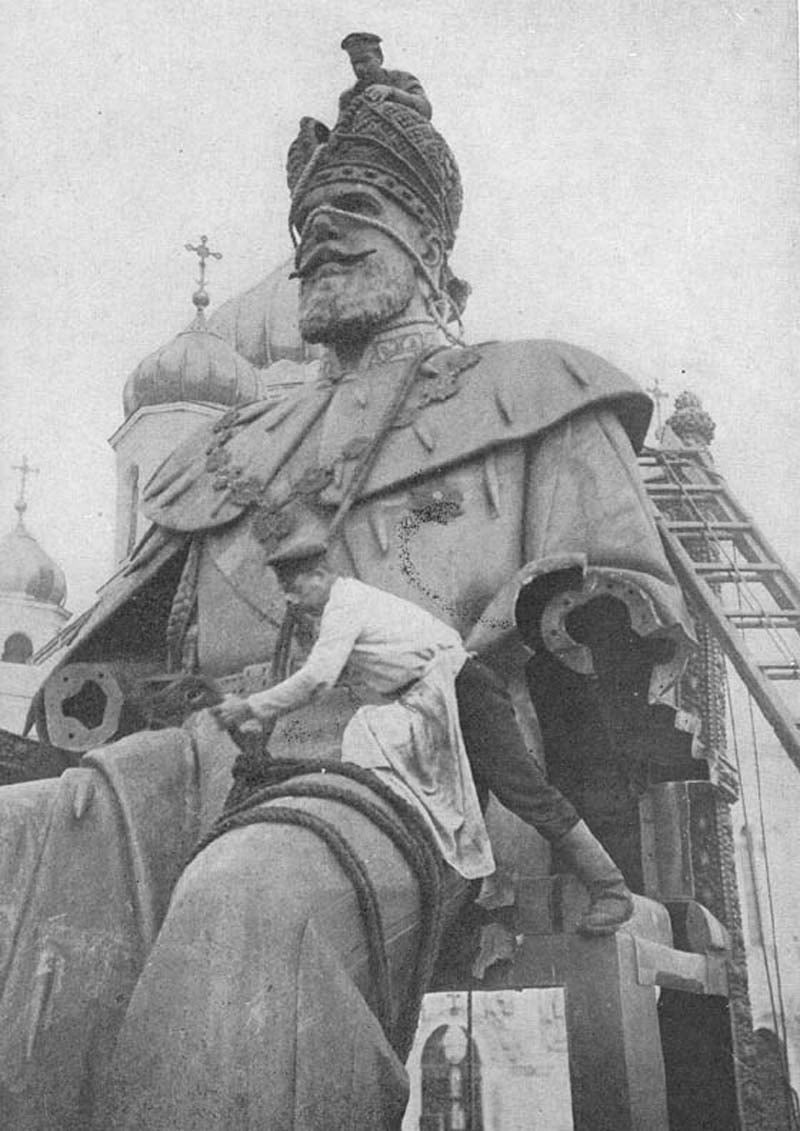 The statue of Alexander III is destroyed by celebrators following Nicholas II’s abdication.

The statue of Alexander III is destroyed by celebrators following Nicholas II’s abdication. 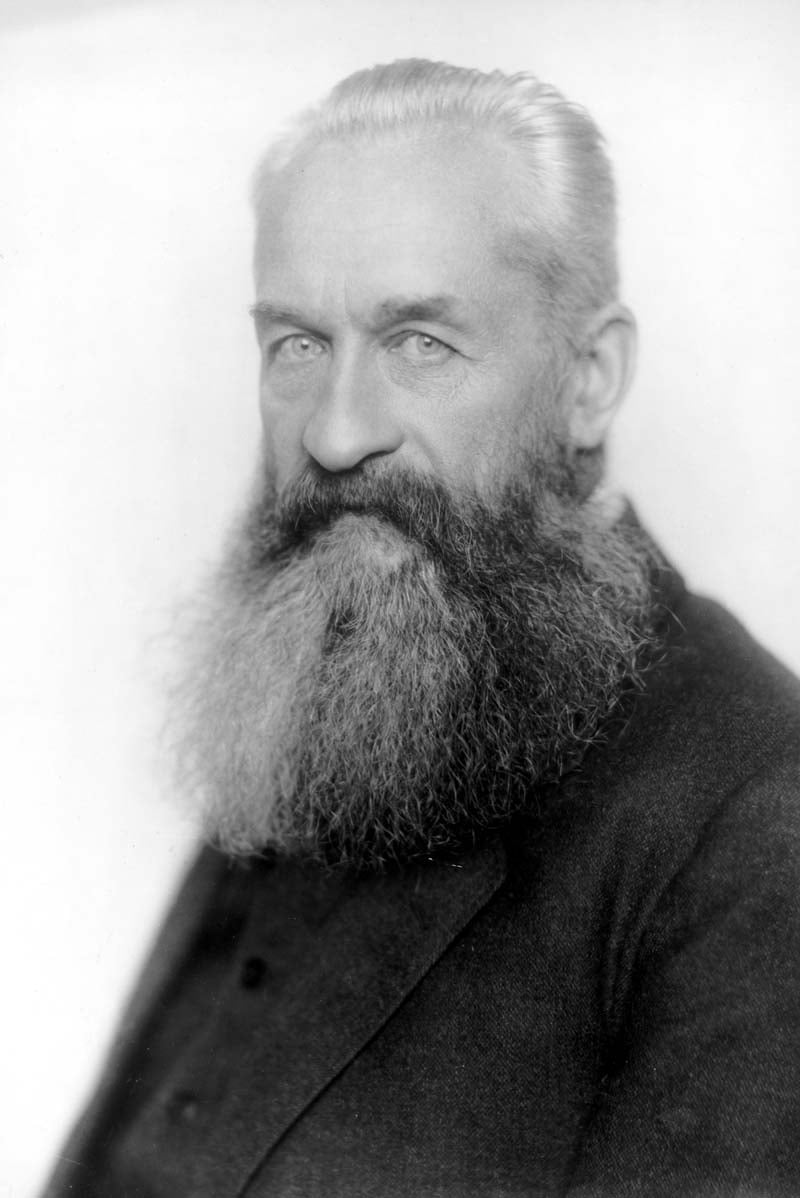 Though Tsarist rule had been toppled, a feckless Provisional Government headed by Prime Minister Georgy Lvov was established to maintain order as the country settled down. 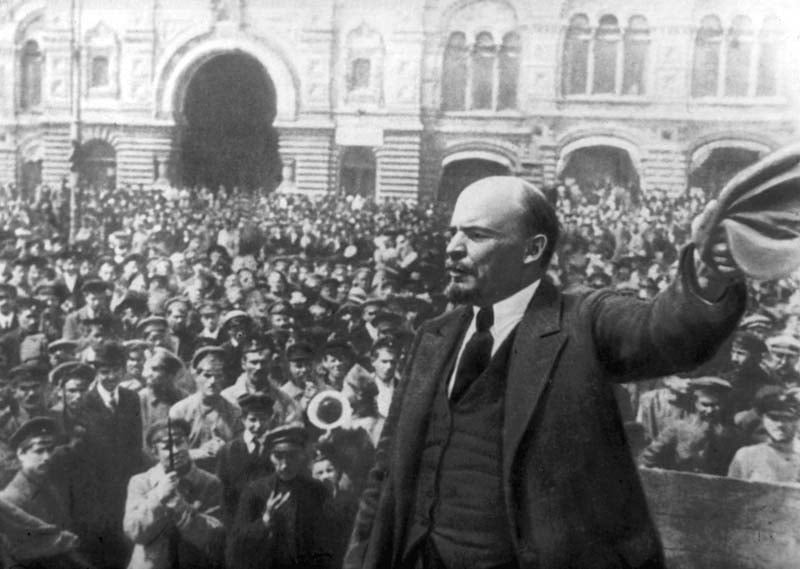 A dissident from young age, Vladimir Lenin had been exiled by the imperial government and wrote socialist newsletters that were smuggled back into Russia. When the Tsar was dethroned, Lenin returned to Petersburg to immediately undermine the Provisional Government. 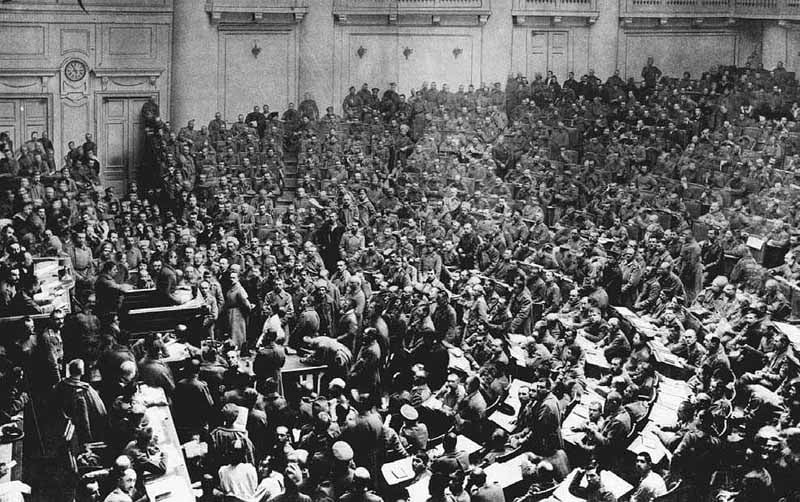 Lenin and the Marxist Bolsheviks formed the Petrograd Soviet, a council of laborers, to oppose the Provisional Government. The two governments ruled in tandem, with only cursory recognition of one another and constant calls for the other’s dissolution. 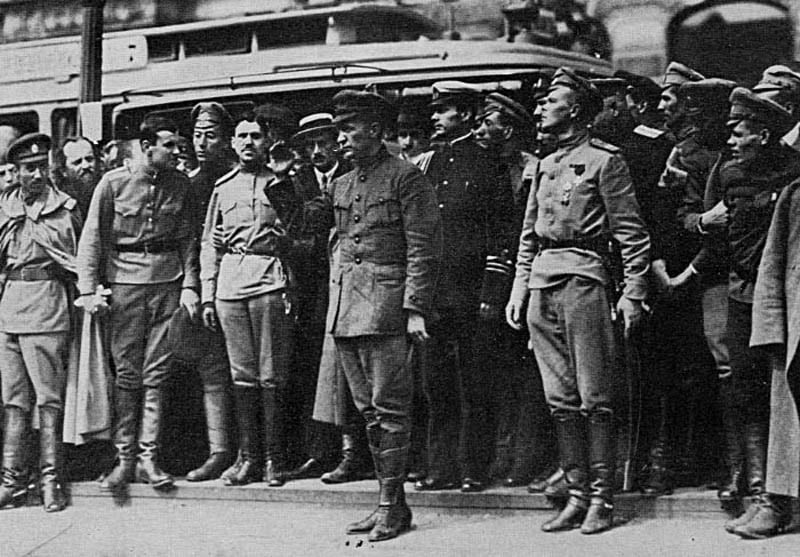 Alexander Kerensky continues the war effort with a new offensive strategy. Though it would initially appear successful, the offensive would be handedly dismantled by the Central Powers and would be pushed back into Russian territory, greatly angering the majority of citizens that had revolted to end the war in the first place. 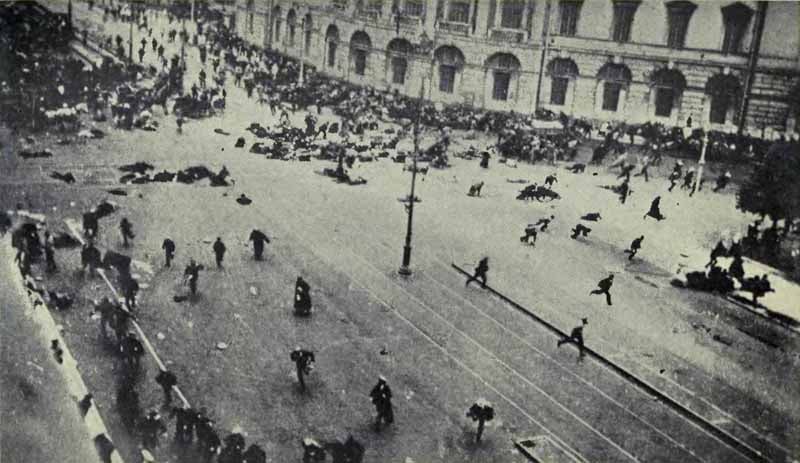 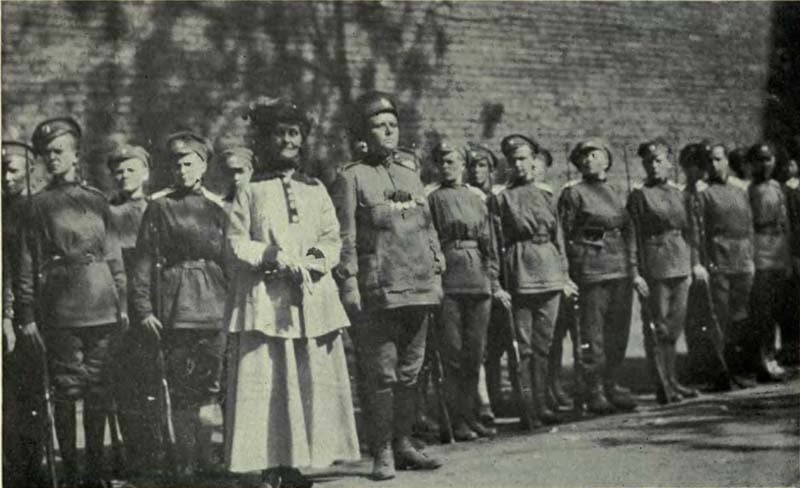 Promises of gender equality are part of a last-ditch effort by the Provisional Government to drum up support for the war. By the time the civil war would erupt, women would be fighting for all armies involved. 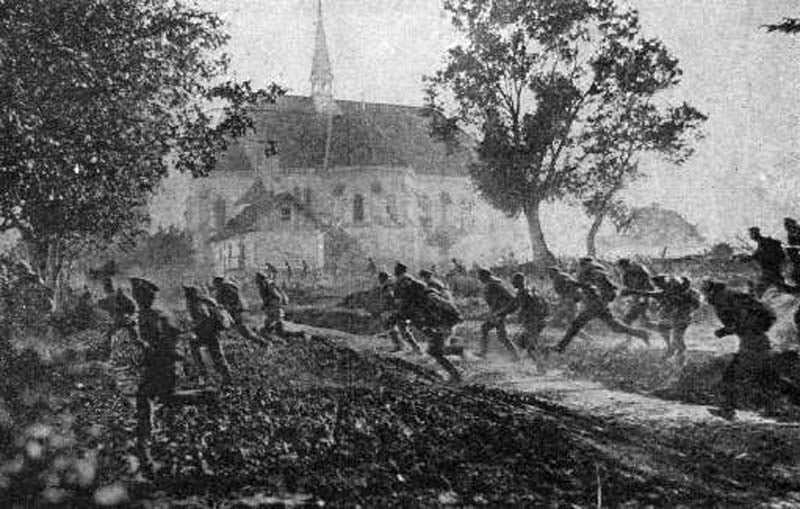 With the Kerensky Offensive a complete disaster, troops became deeply embittered and many deserted or mutinied. Many soldiers joined with Lenin for his anti-war message, and Germany even financed his rise to power to ensure victory on the eastern front. 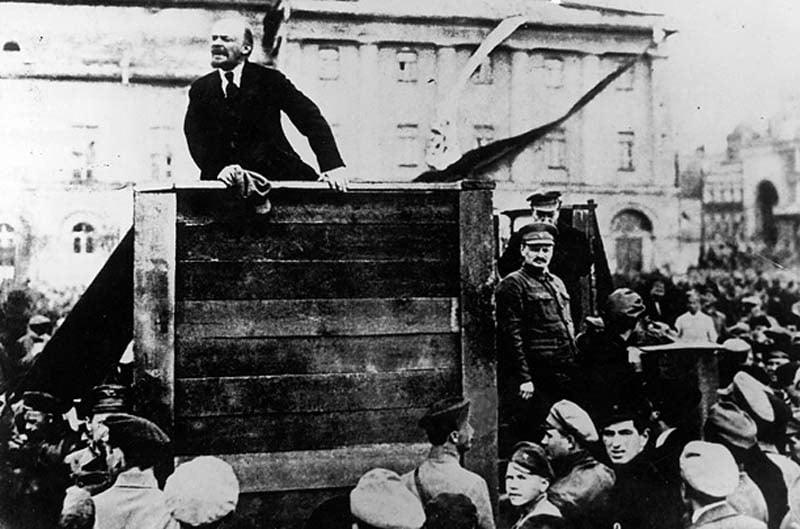 Vladimir Lenin riles up a crowd as Leon Trotsky watches from the platform. With catchy slogans like “Peace, Land, Bread” and “All power to the Soviets,” Lenin and the Bolsheviks drummed up huge public support. 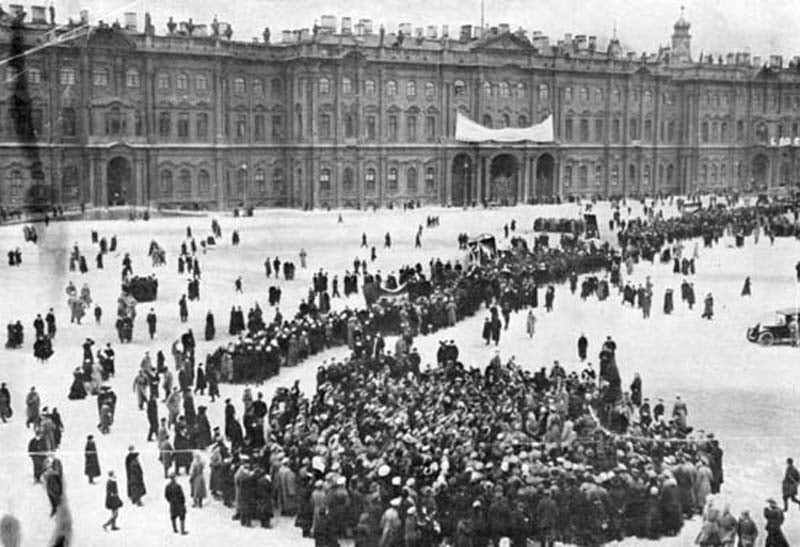 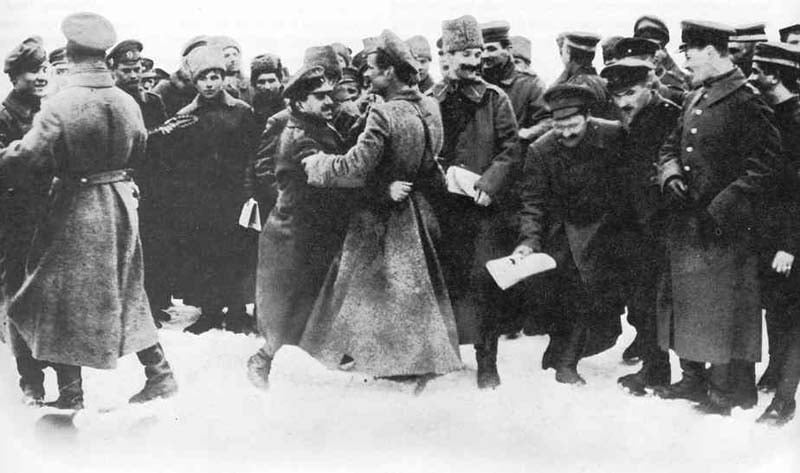 Russian and German troops celebrate at the news of the Brest-Litovsk Treaty. The Treaty was negotiated by newly appointed Leon Trotsky, who would become integral in the formation of the Soviet Union. 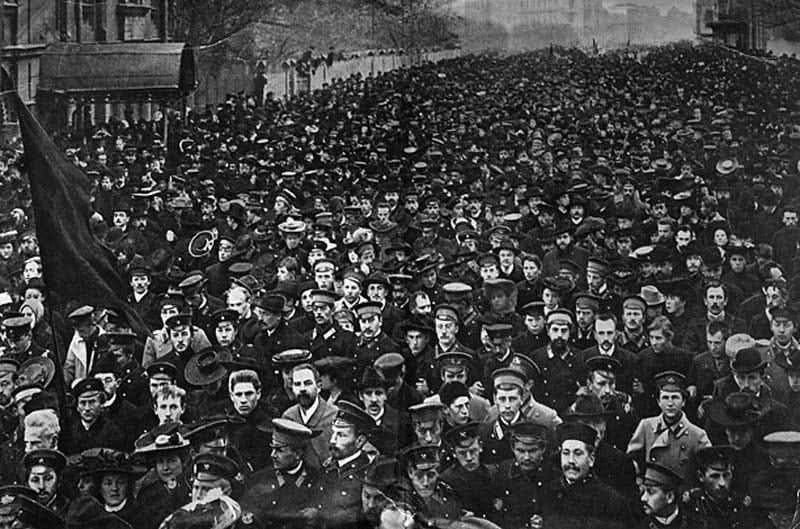 Though the civil war was only just beginning, the new Communist authority gave land to all peasants, declaring Russia a republic. Many believed that the oppressive yoke under which Russia had struggled had finally been lifted, but in only five years they would be living under a dictatorship arguably worse than the one from which they had just freed themselves.