Commodus, The Unhinged Roman Emperor Who Went Mad With Power

From 180 to 192 C.E., Emperor Commodus ruled ancient Rome with an insatiable lust for power that brought an end to the fabled Pax Romana. 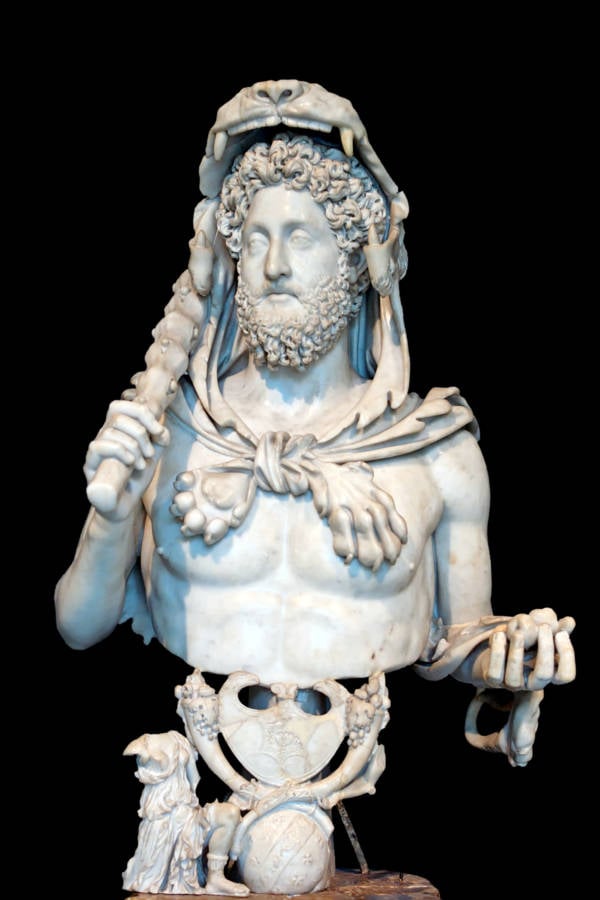 Wikimedia CommonsA bust of Roman Emperor Commodus, styled as if he were a reincarnation of Hercules, which is precisely what he believed himself to be.

The long line of ancient Roman emperors is marked by a strange pattern: Almost every exceptionally brilliant emperor was succeeded by an exceptionally mad one.

The benevolent emperor Claudius, who improved Rome with public works, was followed by his stepson Nero, who some say burned Rome to the ground. The emperor Titus Flavian completed the Colosseum and endeared himself to the public with his generosity only to have his good works undone by his brother Domitian, who was assassinated by his own court.

And the wise Marcus Aurelius, known as the “Philosopher” and the last of the “Five Good Emperors,” would be succeeded by his son Commodus, whose descent into madness would be immortalized throughout the millennia (including a heavily fictionalized account in the popular 2000 film Gladiator).

As Edward Gibbon noted in his famous Decline and Fall of the Roman Empire, in the intervening years between the death of Domitian and the reign of Commodus, “the vast extent of the Roman empire was governed by absolute power, under the guidance of virtue and wisdom.” The “Five Good Emperors,” ruled efficiently and under them the Roman people enjoyed “a rational freedom.”

However, just when the days of the mad emperors seemed long gone, Commodus brought the madness roaring back.

In this scene from Gladiator, Commodus (played by Joaquin Phoenix) murders his father to seize the throne for himself.

Lucius Aurelius Commodus, born 161 A.D., was appointed co-emperor by his father Marcus Aurelius in 177 A.D. when he was just 16 years old. Contemporary Roman writer Cassius Dio describes the young heir as “rather simple-minded,” but he ruled agreeably with his father and joined Marcus Aurelius in the Marcomannic Wars against the Germanic tribes along the Danube, which the emperor had been waging for several years.

But once Marcus Aurelius died in 180 A.D. (of natural causes, not at his son’s own hand, as depicted in Gladiator), Commodus hastily made peace with the tribes so he could return to Rome “to enjoy the pleasure of the capital with the servile and profligate youths whom Marcus had banished, but who soon regained their station and influence about the emperor.”

Despite his unusual personal tastes, Commodus at first behaved more like a typical spoiled, rich youth than a bloody dictator. Cassius Dio declared that Commodus “was not naturally wicked” but that “his cowardice, made him the slave of his companions.”

He kept most of the advisers from his father’s regime in place and the first three years of his reign ran as smoothly as that of his father with the added benefit that Rome was no longer fighting any wars. In fact, the rule of Commodus might have gone down as quite unremarkable in the history of Rome were it not for one unfortunate incident.

Assassination Attempt And Descent Into Madness

In 182 A.D., Commodus’ sister Lucilla organized an attempt on her brother’s life. Sources diverge on the origins of the conspiracy, with some claiming Lucilla was jealous of Commodus’ wife Crispina (incest between Commodus and Lucilla is suggested in Gladiator) while others maintain she saw the first warning signs of her brother’s mental instability.

Whatever its roots, the conspiracy failed and the incident aroused an insane paranoia in Commodus, who began seeing plots and treachery everywhere. He executed the two would-be assassins along with a group of prominent senators who were also allegedly involved while Lucilla was exiled to Capri before also being killed on her brother’s orders a year later.

Commodus exposes Lucilla’s plot in this scene from Gladiator.

The assassination attempt marked a turning point in Commodus’ reign, for “once [he had] tasted human blood, he became incapable of pity or remorse.” He began executing people without regard for rank, wealth, or sex. Anyone who caught the emperor’s attention risked also inadvertently invoking his wrath.

The emperor eventually decided to abandon “the reins of the empire” and chose to give “himself up to chariot-racing and licentiousness and performed scarcely any of the duties pertaining to his office.” He appointed a series of his favorites to manage the administration of his empire, each of whom seemed crueler and more incompetent than the last.

However, even these favorites were not safe from his fury. The first, Sextus Tigidius Perennis, Commodus put to death after becoming convinced he was conspiring against him. The second, the freeman Cleander, he allowed to be torn apart by a mob who were outraged at the freeman’s abuses.

Commodus’ Megalomania In The Colosseum

Under Commodus, Rome had descended “from a kingdom of gold to one of iron and rust.” Much like Nero had supposedly fiddled while Rome burned, Commodus enjoyed himself as the city decayed around him.

The executions of the senators had whet his appetite for blood and he devoted himself “to combats of wild beasts and of men.” Not merely content to hunt in private, the emperor began to perform in the Colosseum itself, competing as a gladiator to the delight of the crowds and horror of the senate, as depicted in Gladiator. Commodus would “enter the arena in the garb of Mercury and casting aside all his other garments, would begin his exhibition wearing only a tunic and unshod.” 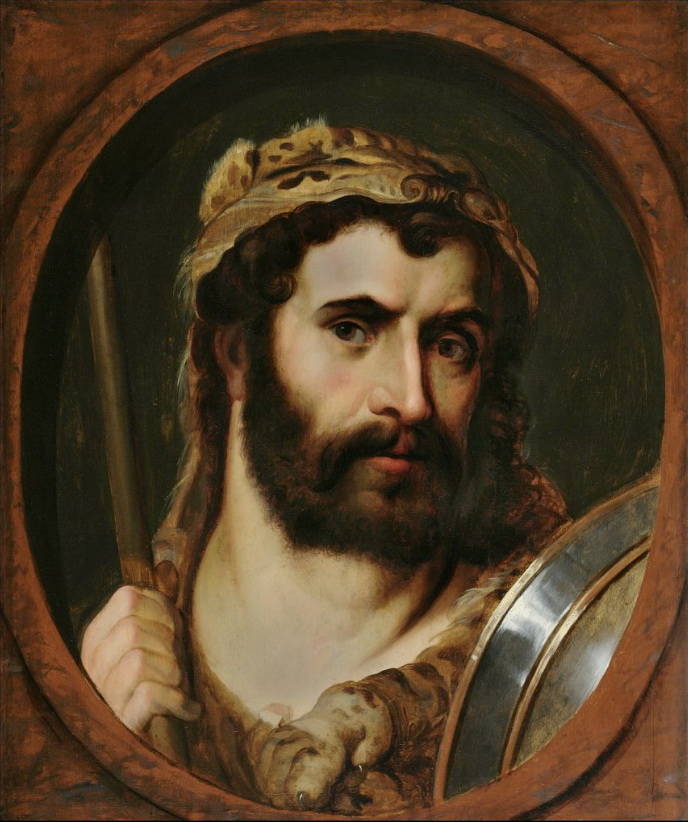 Wikimedia CommonsEmperor Commodus’ lust for power is widely credited with bringing an end to the fabled Pax Romana.

As disgusted as the senators were by the sight of their emperor running around half-naked in the sands of the amphitheater, they were too terrified to do anything but play along. Cassius Dio recorded one incident where, after becoming tired out, Commodus ordered a cup of chilled wine to him and “drank it at one gulp.” In an amusing anecdote, Dio continued, “At this both the populace and we senators all immediately shouted out the words so familiar at drinking-bouts, ‘Long life to you!'”

The megalomania of Commodus was not limited to the Colosseum. “So superlatively mad had the abandoned wretch become” that he renamed Rome Colonia Commodiana (the Colony of Commodus) and changed the names of the months to each reflect one of the many epithets he had bestowed upon himself.

He also declared himself to be an incarnation of the god Hercules and forced the senate to recognize his divinity. Statues were erected of the emperor depicted as the mythological hero all over the city, including one made of solid gold and weighing in at nearly 1,000 pounds.

In one final act of madness, Commodus ordered the head of the Colossus of Nero to be replaced with his own and added the inscription “the only left-handed fighter to conquer twelve times (as I recall the number) one thousand men.”

The Murder Of Commodus 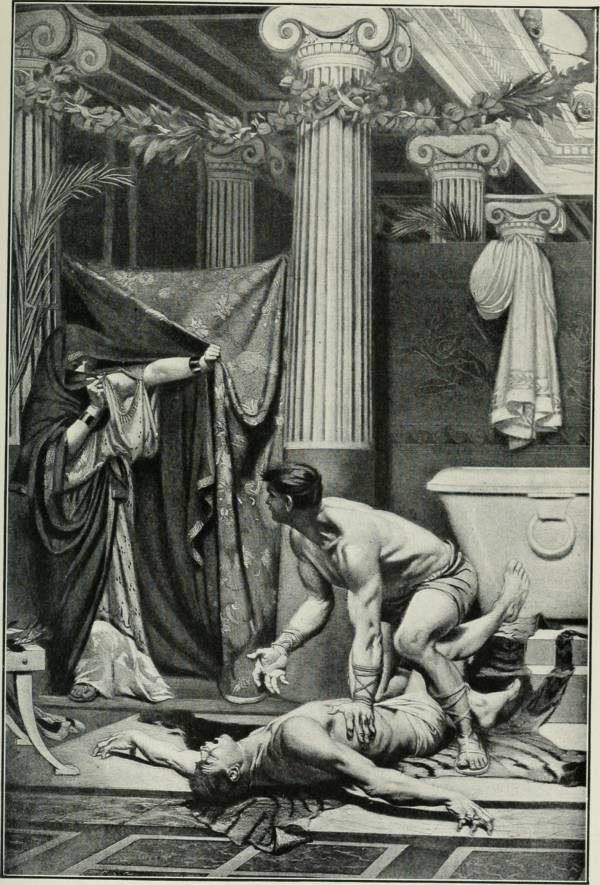 By 192 A.D., the Roman people had had enough. “Commodus was a greater curse to the Romans than any pestilence or any crime” and the city had descended into bankruptcy and chaos. A small group of conspirators, including the emperor’s chamberlain and mistress, Marcia, decided to kill him. The first attempt used poisoned meat, but Commodus vomited it up.

Yet another attempt on his life had been foiled, but the conspirators did not lose their nerve. They then sent in an athlete to strangle the 31-year old emperor in his bath. It worked and the Nerva-Antonine dynasty which had ruled Rome for nearly a century had come to an end and the city soon descended into civil war. Commodus ruled with chaos and left chaos in his wake.

After this look at Commodus, check out these interesting facts about Ancient Rome. Then, discover the most fascinating facts from the entirety of ancient history.