The Inspiring Story Of Constance Baker Motley, The First Black Woman On The Federal Bench

A groundbreaking civil rights strategist, Constance Baker Motley argued 10 landmark cases before the Supreme Court — and won nine of them. 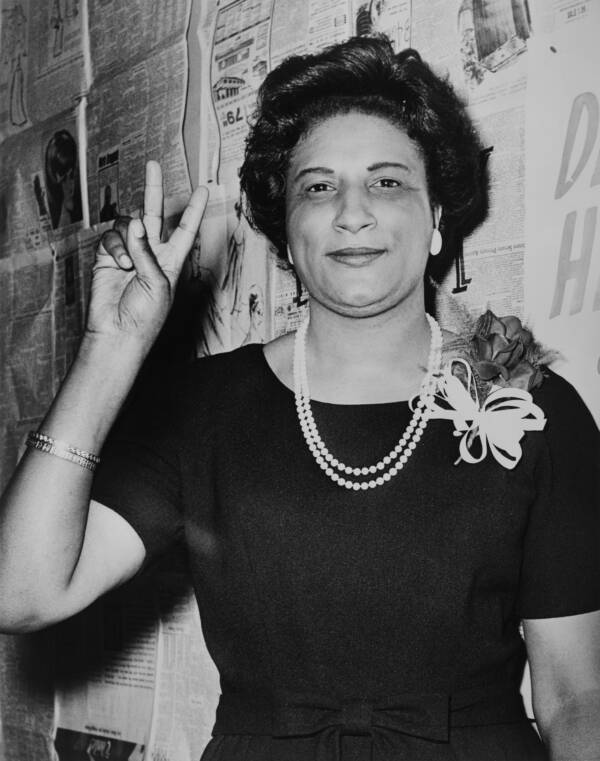 Rumors swirled in the 1960s that a Black woman might be nominated to the Supreme Court. And every rumor named the same person: Judge Constance Baker Motley, the first Black woman appointed to the federal judiciary.

Motley had made a name for herself during the Civil Rights movement. She defended Martin Luther King, Jr. after a 1963 protest that landed the civil rights leader in jail for eight days – during which King wrote his “Letter From Birmingham Jail.”

Motley already had numerous accomplishments under her belt as an NAACP lawyer by 1963 when her name was floated for the Supreme Court. She faced down racist judges and fought for justice, while her work earned her the moniker “Civil Rights Queen.” But who exactly was Constance Baker Motley? This is her inspiring story.

Born in New Haven, Connecticut, on Sept. 14, 1921, Constance Baker grew up in the shadow of Yale University. Her parents, immigrants from the West Indies, could not afford to send their daughter to college. But a prominent philanthropist, impressed by Baker, stepped in to pay for her education.

Baker’s personal experience with racial discrimination drove her to change the system. On a train ride to a Tennessee college, Baker was ordered to board a rickety car labeled “COLORED.”

“Although I had known this would happen, I was both frightened and humiliated,” the judge later wrote. “All I knew for sure was that I could do nothing about this new reality.” 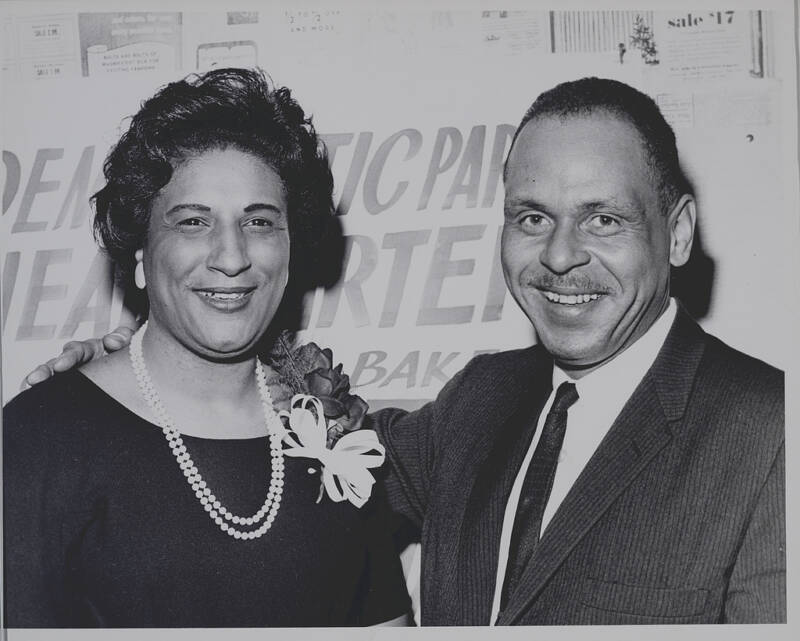 Walter Albertin/Library of CongressMotley and her husband Joel in 1965. The couple were married for 59 years.

Motley served as the NAACP’s main trial attorney, in spite of the fact that for years she was the only woman on the legal team. As a lawyer, Motley targeted the racist laws that propped up segregation. And piece by piece, she took part in the struggle to dismantle that system.

In 1954, Constance Baker Motley wrote the complaint for the pivotal Supreme Court case Brown v. Board of Education. The ruling would finally ban school segregation as unconstitutional.

And in 1961, Motley became the first Black woman to argue before the Supreme Court. In total, Motley argued 10 Supreme Court cases — and she won nine of them.

As a lawyer, Motley specialized in school segregation cases. In addition to Brown, she argued James Meredith’s case, which integrated the University of Mississippi. Motley also defended two Black students arrested in South Carolina for protesting at a whites-only lunch counter. 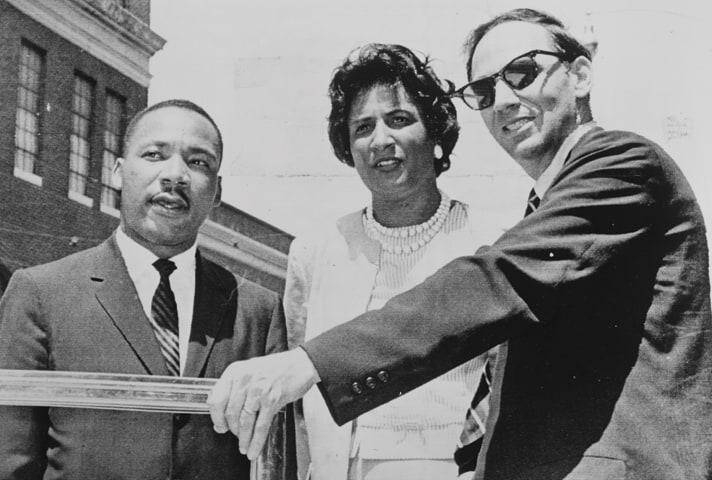 While Motley boasted a strong record before the Supreme Court, she faced indignities in other courts. Some judges refused to even look at Motley, turning their backs on the lawyer during her arguments.

Motley refused to bend. “I was the kind of person who would not be put down,” Motley wrote in her autobiography. “I rejected any notion that my race or sex would bar my success in life.”

In the tumultuous 1960s, Motley also stepped in to represent Martin Luther King, Jr. during his many run-ins with the law. Once, she visited King in a Georgia jail.

“The temperature must have been a hundred degrees. We could hear other prisoners in a back room yelling and moaning,” Motley recalled. “It was then I realized that we did indeed have a new civil rights leader – a man willing to die for our freedom.”

In the Jim Crow South, Motley quickly learned that opposition to the civil rights movement could turn violent. One night, while staying with civil rights leader Medgar Evers, Motley encouraged Evers to cut down a hedge surrounding his house.

Not long after that conversation, white supremacists hid behind the hedge to shoot and kill Evers.

President Lyndon Johnson appointed Motley to the United States District Court for the Southern District of New York in 1966. Motley had broken another barrier – she’d become the first Black woman in the federal judiciary. 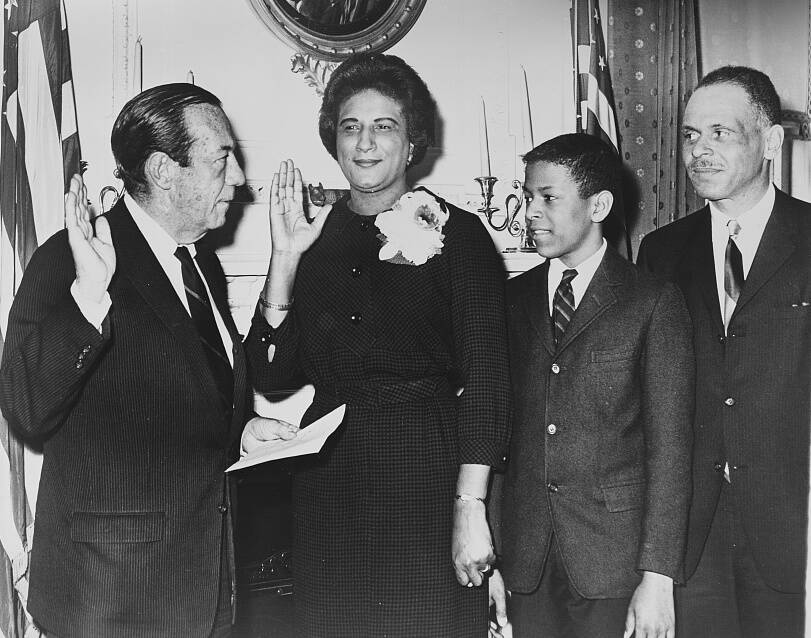 Phyllis Twachtman/Library of CongressMayor Robert Wagner swearing in Constance Baker Motley during a 1965 ceremony attended by Motley’s husband Joel and her son.

And Motley had done so against the opposition of white supremacist politicians. When Johnson put forward Motley’s nomination, Mississippi Sen. James Eastland sat on the request for seven months. Eastland claimed that Motley’s civil rights work proved she was a communist.

While Motley served as District Court judge, President Johnson nominated her mentor, Thurgood Marshall, to the Supreme Court. When supporters suggested nominating Motley to Marshall’s former position on the Court of Appeals, even liberal politicians hesitated.

Sen. Robert F. Kennedy worried it would look “too political” to nominate two “Black NAACP lawyers” to high positions in the federal judiciary. 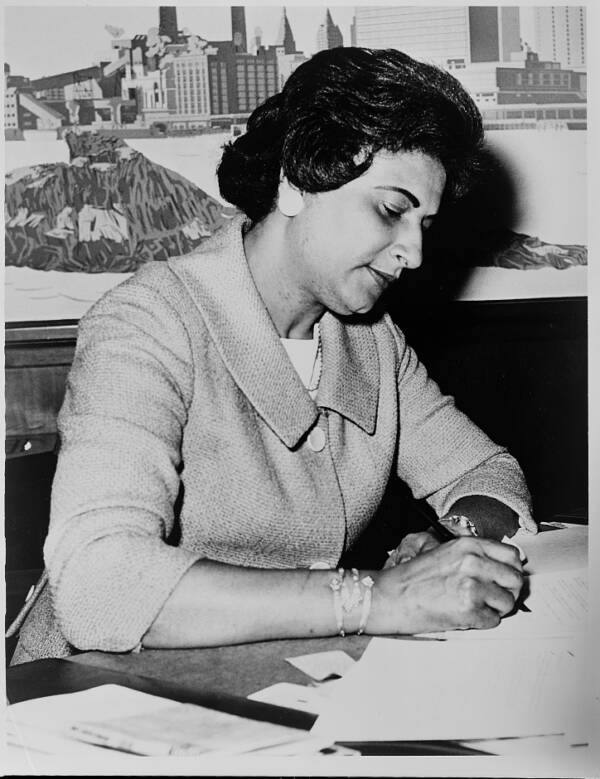 As a judge, Motley continued to rule in favor of civil rights, often against rabid opposition. One attorney arguing a sex discrimination case before Motley said she should recuse herself. As a Black woman who had certainly experienced workplace discrimination, the attorney claimed, Motley was biased.

Motley quickly shut down his argument. If “background or sex or race of each judge were, by definition, sufficient grounds for removal, no judge on this court could hear this case,” she argued.

The Legacy Of The First Black Woman On The Federal Bench

Constance Baker Motley became the chief judge for her District Court in 1982. And in 1986, she retired.

During her years as a judge, Motley mentored dozens of law clerks. Judge Laura Taylor Swain was one of Motley’s clerks.

“The trust she gave her clerks was mind-boggling, but it taught me I could do this work,” Swain later recalled. “You’d look in a mirror and say, ‘If she believes I can do this, I must be able to do this.’ And I did.” 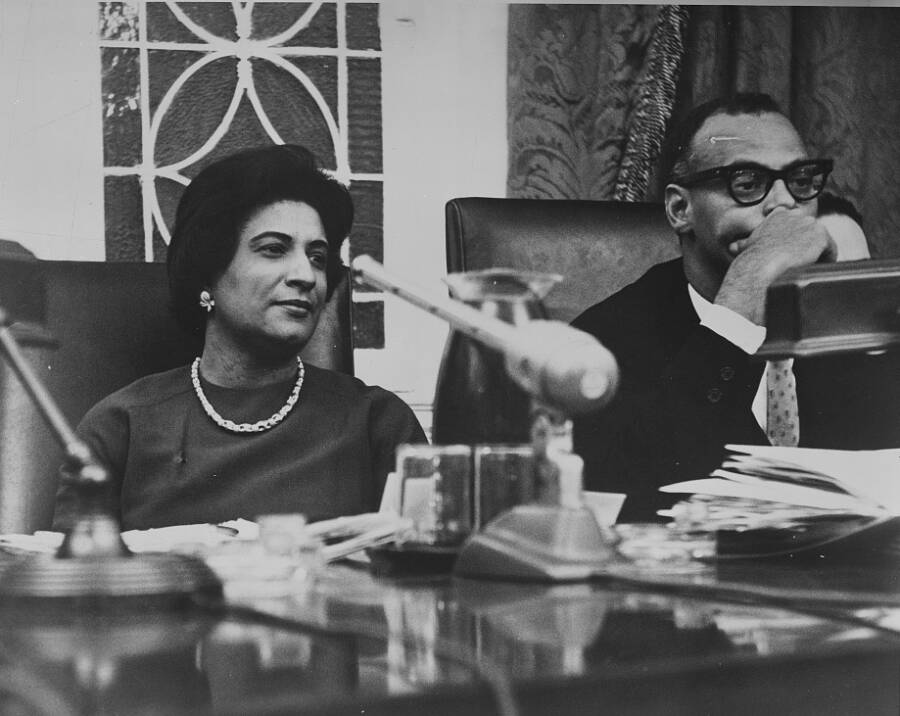 Motley paved a path for future generations to follow.

“While we may have faced challenges on the bench, when Connie lifted her voice, her life was on the line,” Judge Ann Claire Williams declared. “Yet time and time again, she lifted her voice higher and higher, arguing cases in hostile towns, against hostile lawyers, and before hostile judges in the pursuit of equal justice.”

Constance Baker Motley did not live long enough to see the first Black woman on the Supreme Court. She passed away on Sept. 28, 2005 at the age of 84. But Motley helped pave the path to that momentous milestone.

After learning about Constance Baker Motley, read about Jane Bolin, the first Black woman to become a judge. Then learn about the historic presidential run of Shirley Chisholm.