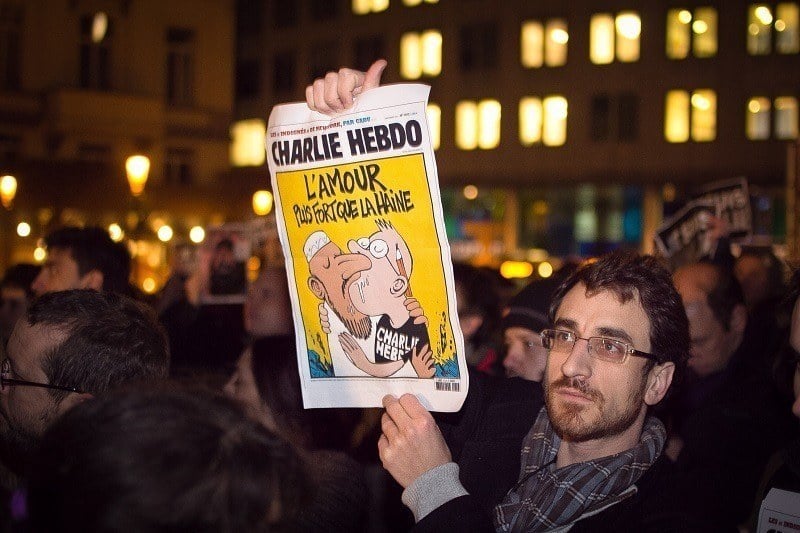 Journalists, publishers, writers and readers were all shocked to learn of the massacre on French satirical newspaper Charlie Hebdo. Resurrected in 1992, the publication has had its fair share of controversy, threats and violence over the years, as it has depicted just about every political and religious figure alive or dead in a very unfavorable light. Here are some of the most controversial Charlie Hebdo covers to date. 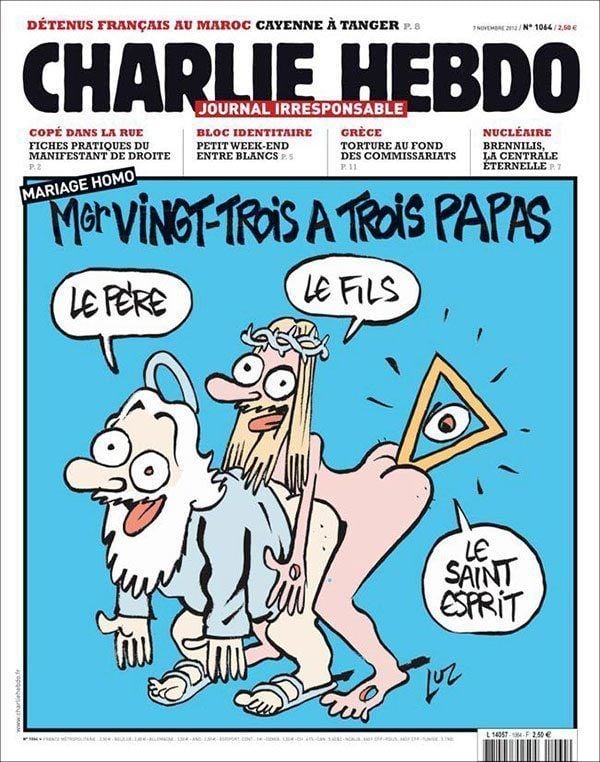 In support of same-sex marriage, Charlie Hebdo published this cover depicting the Father, Son and Holy Spirit getting it on. Released in 2013, this cover is just one of many that criticizes Christianity. 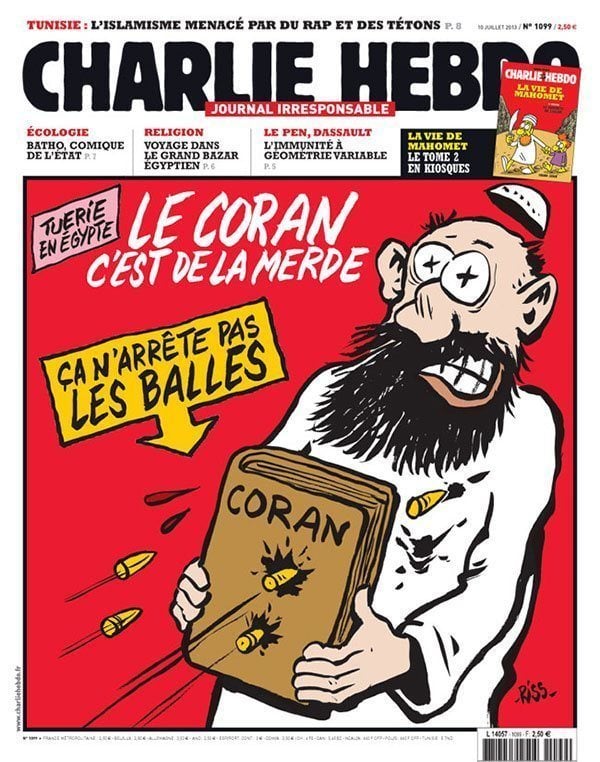 This controversial Charlie Hebdo cover from 2013 reads, “The Koran is shit – It does not stop bullets.” Some religious groups found the comic so offensive that French Islamists actually sued the magazine for blasphemy. 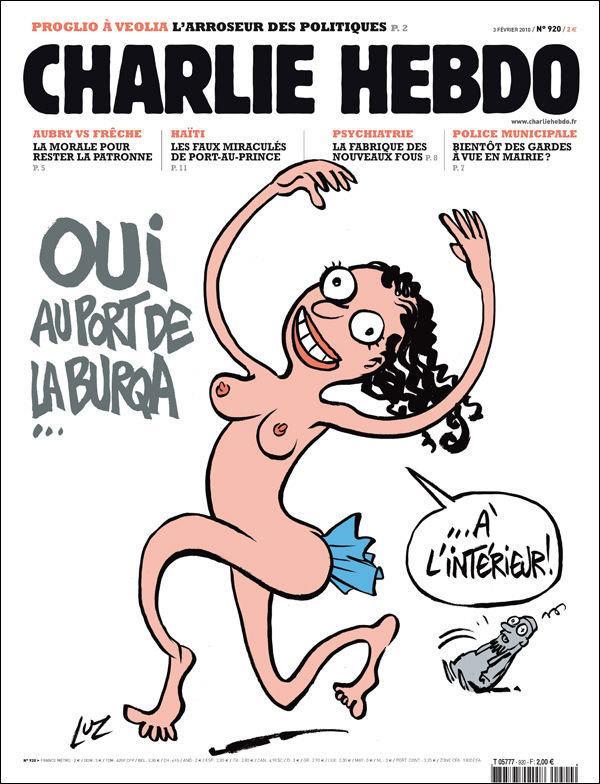 In September 2010, France passed a controversial law that prevented people from wearing face-covering headgear such as a burqa in public places. Charlie Hebdo commented on the legislation when they published this cover, which says, “Yes to wearing the burqa… on the inside.” Not everyone was thrilled with their suggestion. 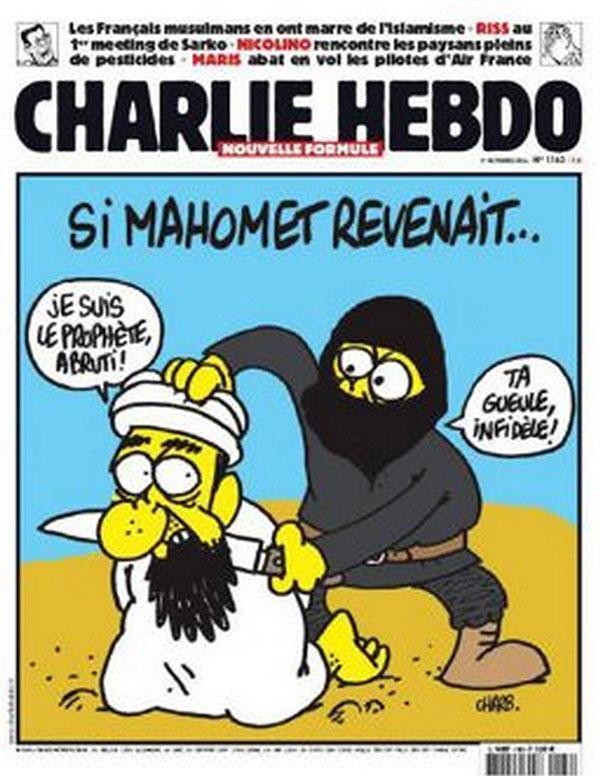 Published in October 2014, this controversial Charlie Hebdo cover depicts an ISIS man moments before he beheads Muhammad. In the comic, Muhammad says, “I am the prophet, you idiot,” to which the ISIS insurgent exclaims, “Shut your face, infidel.” The graphic cover follows the ISIS beheadings of three Americans. 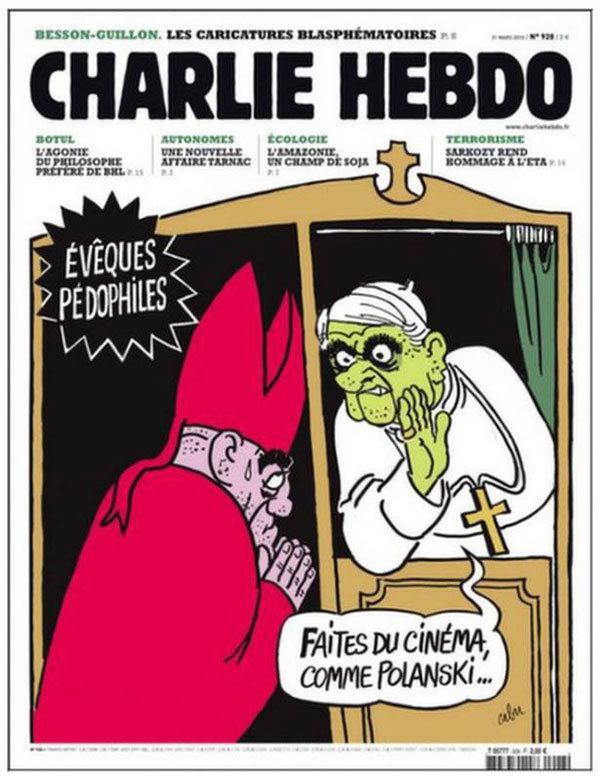 This controversial Charlie Hebdo cover from 2010 shows the Pope advising a bishop to “Go into movies, like Polanski.” French (by naturalization) director Roman Polanski raped a 13-year-old girl in 1977, then fled to France to avoid being sentenced in the United States. The satirical paper easily connected Polanski’s reputation with the frequent accusations of Catholic priests molesting young boys. 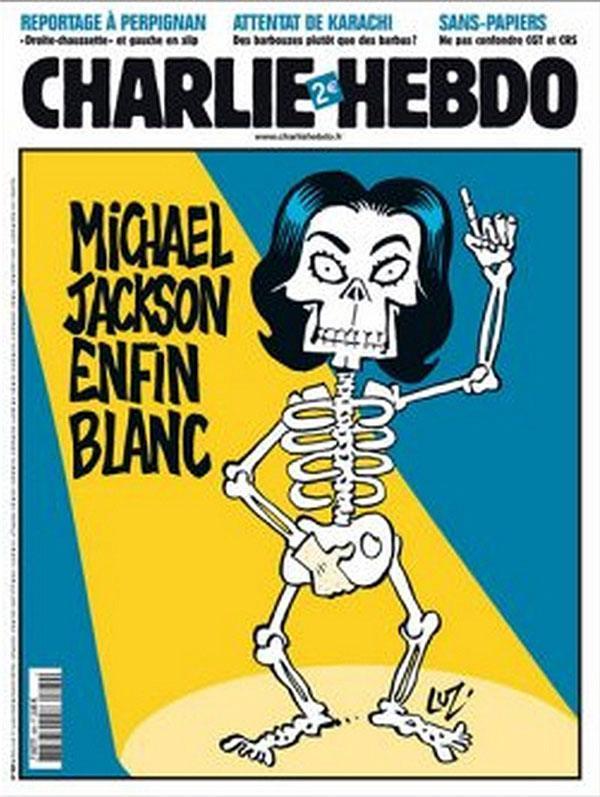 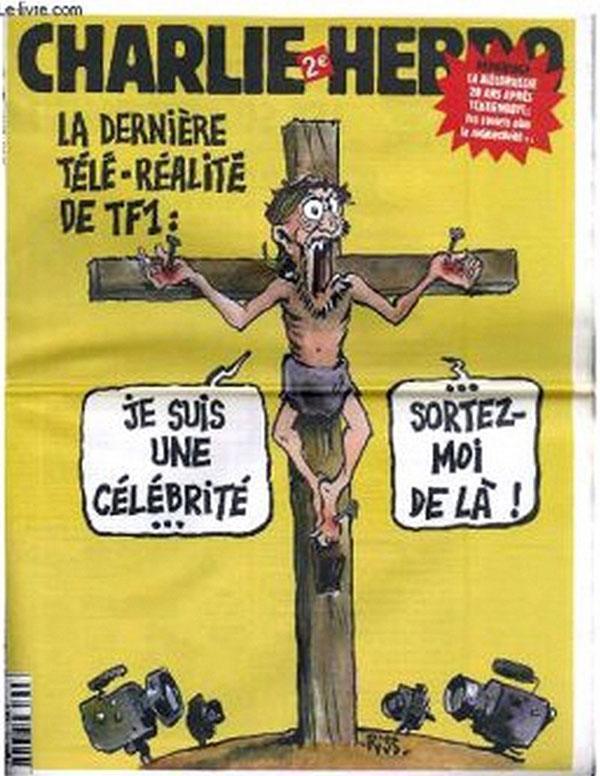 Charlie Hebdo killed two birds with one stone in this 2006 cover, which uses an image of Jesus on the cross to point out the absurdity of reality television. On the cover, Jesus says, “I’m a celebrity, get me out of here!” making references to an actual reality tv show. 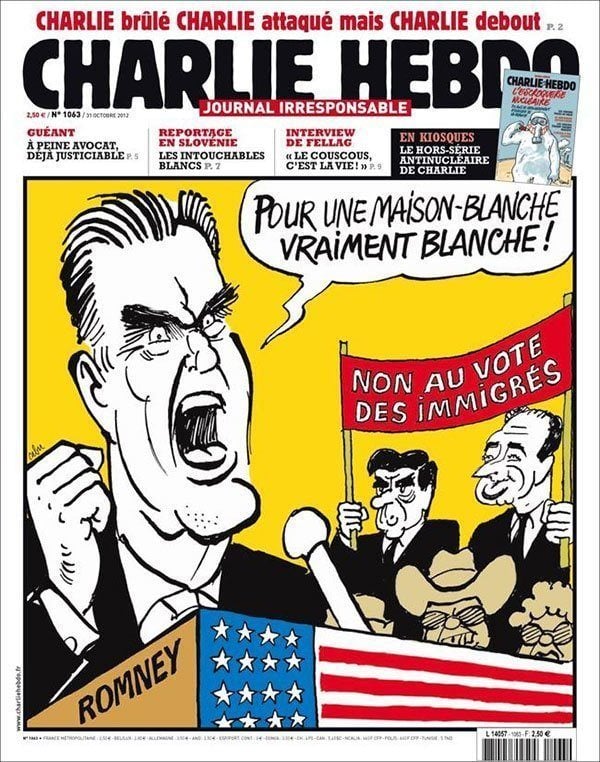 Back in 2012 when Mitt Romney and Barack Obama were fighting for the presidency, Charlie Hebdo released this controversial cartoon. Here a whiter-than-white Romney proclaims, “For a White House that’s really white!” To the right, French leaders look upon him, holding a sign that reads “No immigrants can vote.” 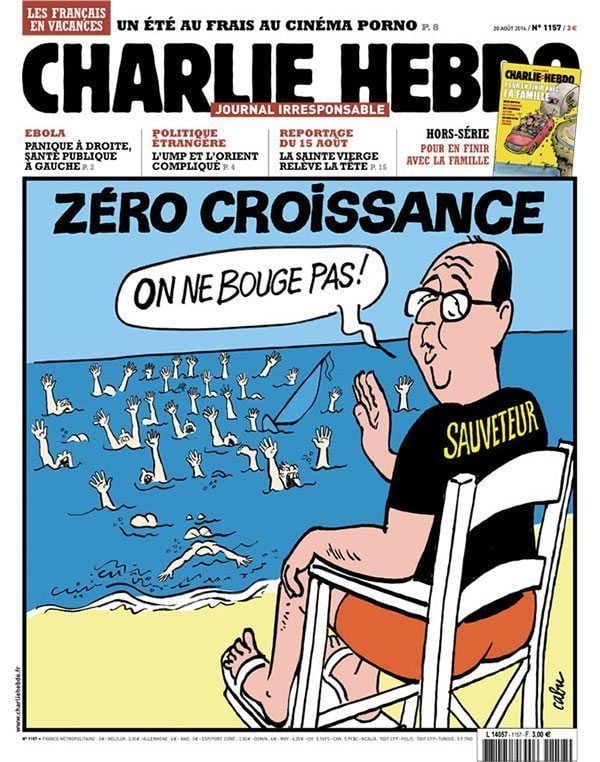 This controversial Charlie Hebdo cover criticizes French President François Hollande. Titled “Zero growth,” the comic shows Hollande relaxing on the beach as the rest of the people drown beneath his gaze. The accompanying text reads, “We don’t move.”