Comics Worth Killing For: The Road To Je Suis Charlie Hebdo 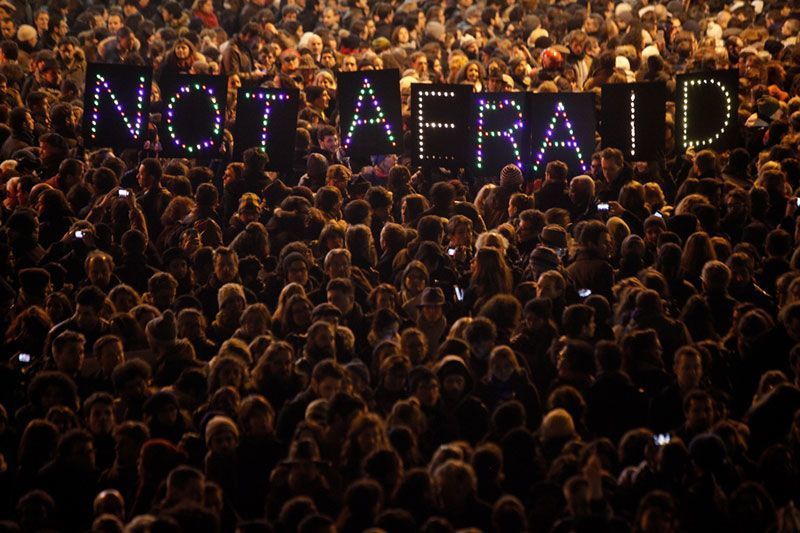 As a satirical publication that’s poked fun at everyone from Muhammad and Jewish people to Jesus and Michael Jackson, Charlie Hebdo is no stranger to threats and controversy. Yet nobody could have predicted that three gunmen would burst into the newspaper’s weekly editorial meeting and start shooting this past Wednesday. Now, with 12 people dead and more injured, people are beginning to question the price of free speech. 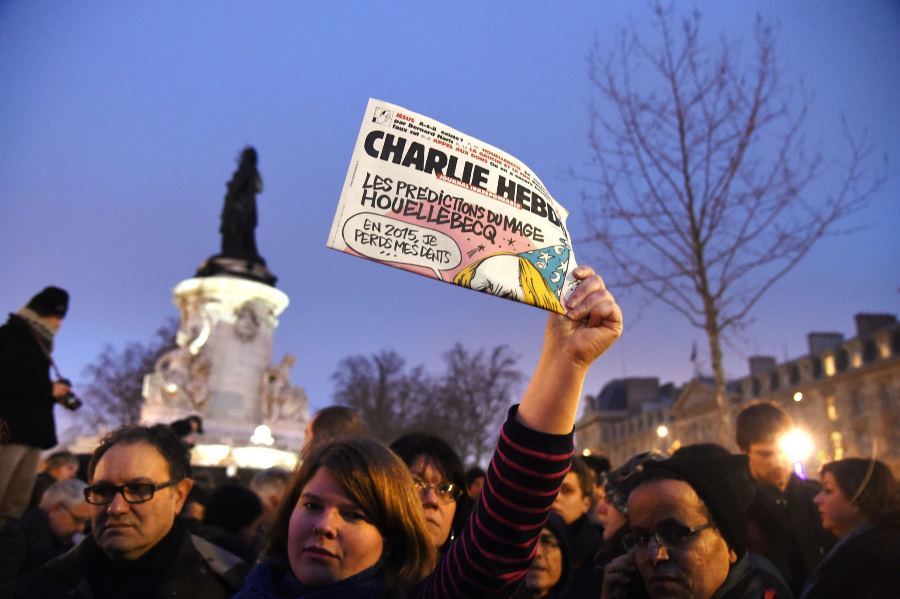 It all started back in 2006 when Charlie Hebdo ran a series of 12 pictures that depicted Muhammad as a caricature—including one picture that showed Muhammad wearing a bomb-shaped turban with a burning fuse. Outrage came swiftly, and the issue’s editor was promptly sued by two Muslim organizations (though he was eventually acquitted). 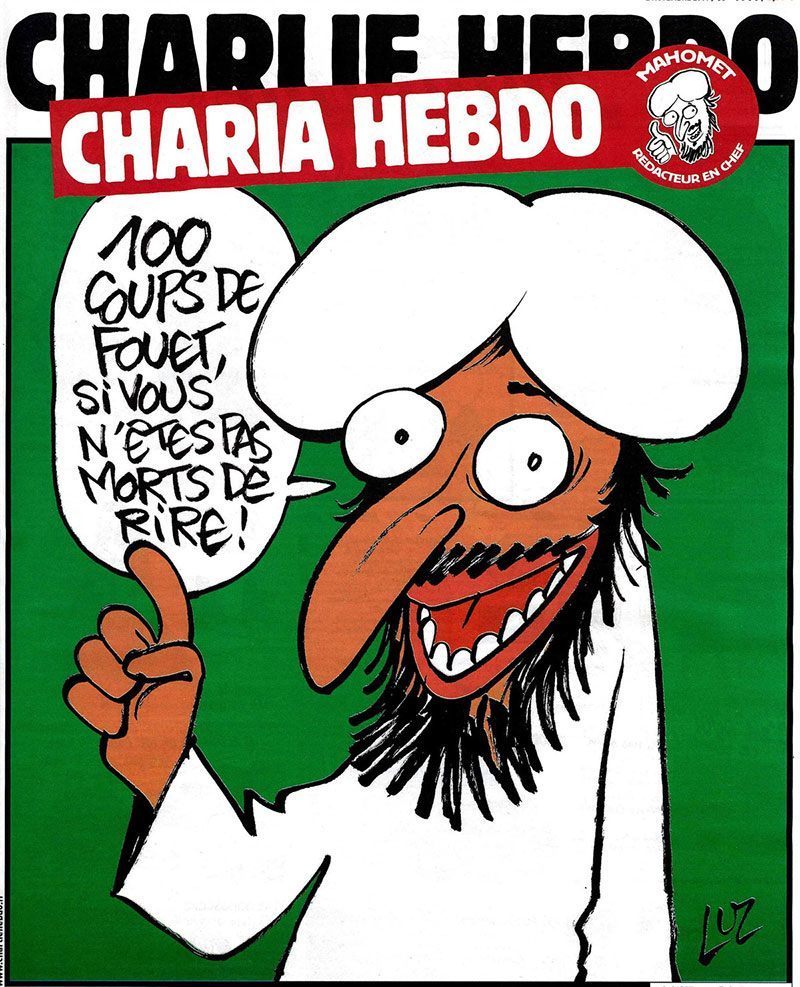 In November 2011, Charlie Hebdo was firebombed after running another caricature of Muhammad on its cover as the issue’s “guest editor” (seen above). Despite receiving death threats in the wake of the publication, the newspaper responded to the controversy the following week by printing a cover that depicted a Charlie Hebdo cartoonist lip-locked with a bearded Muslim man. The cartoon read “Love is Stronger Than Hate.” 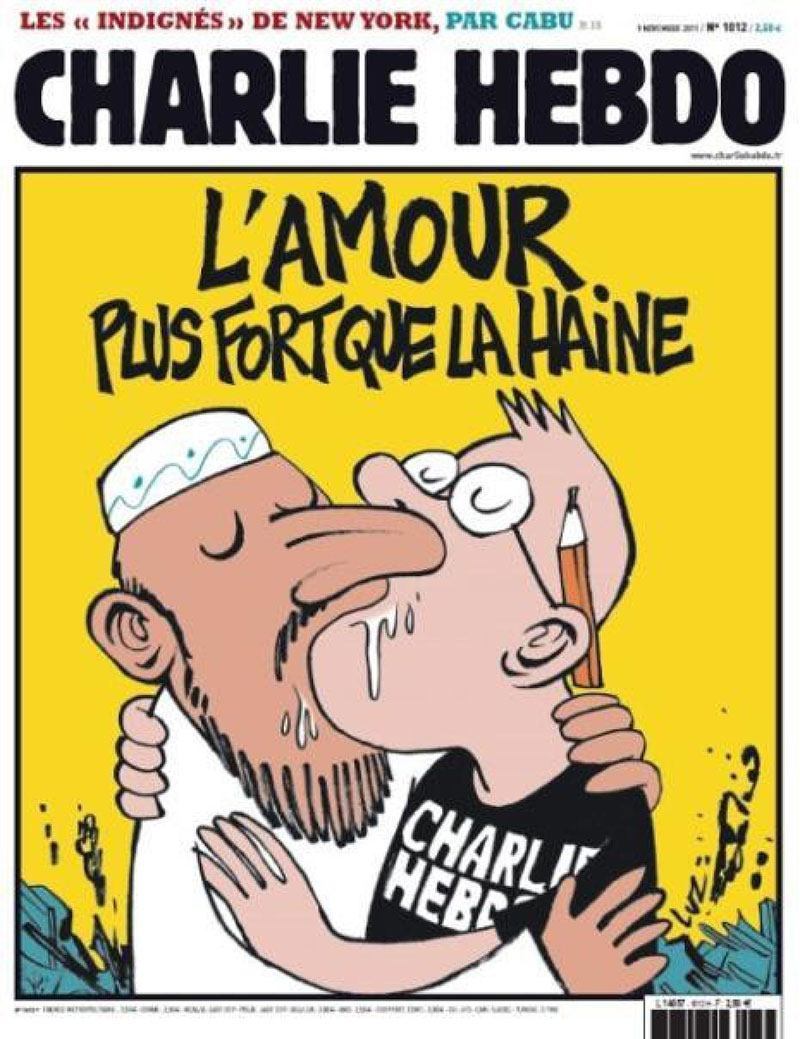 “Love is Stronger Than Hate.” Source: The Globe and Mail 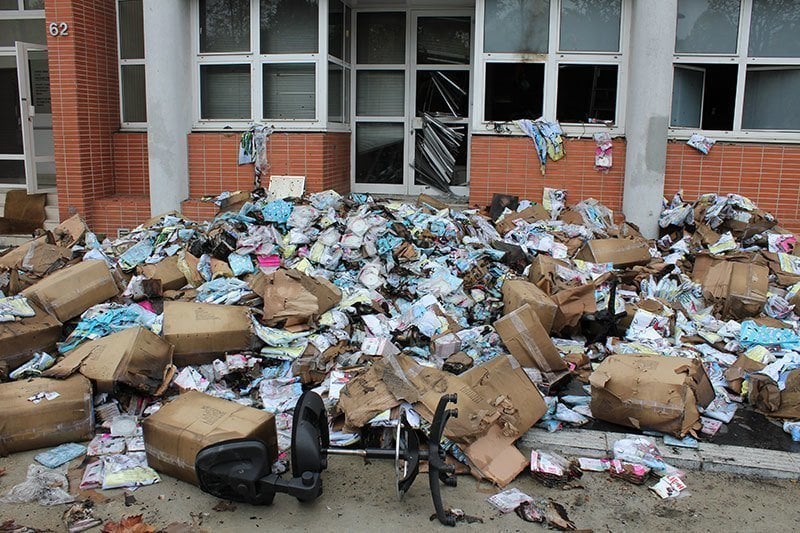 Debris in the aftermath of the 2011 firebombing of Charlie Hebdo. Source: Wikipedia

In September 2012, Charlie Hebdo released yet another series of comics, this time depicting the Prophet naked as a satirical jab at the film Innocence of Muslims. Once again, outrage and threats flowed in immediately, prompting the French government to close French embassies, cultural centers and schools in 20 countries. While France’s Prime Minister defended the magazine’s right to publish the comics at the time, he questioned the necessity of the publication. 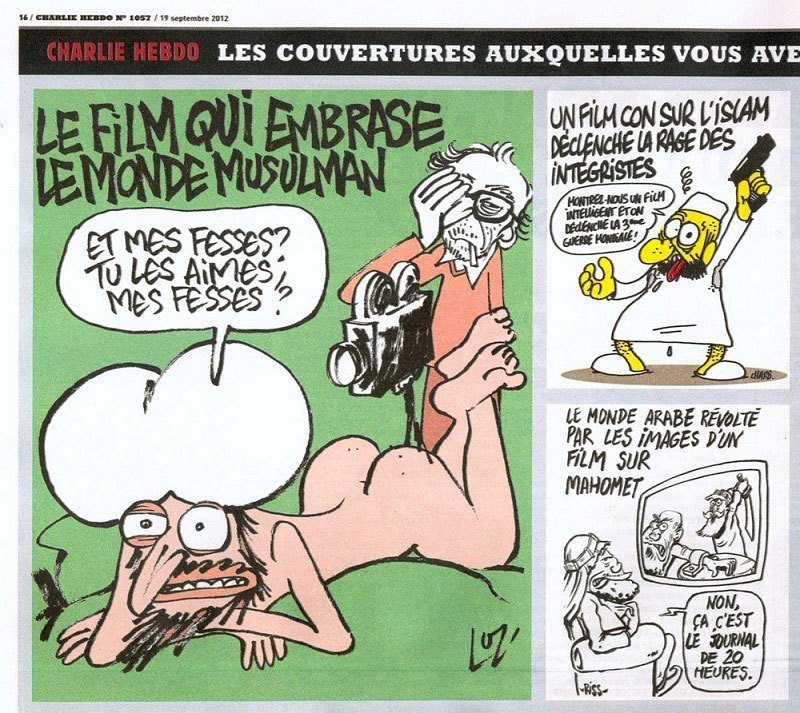