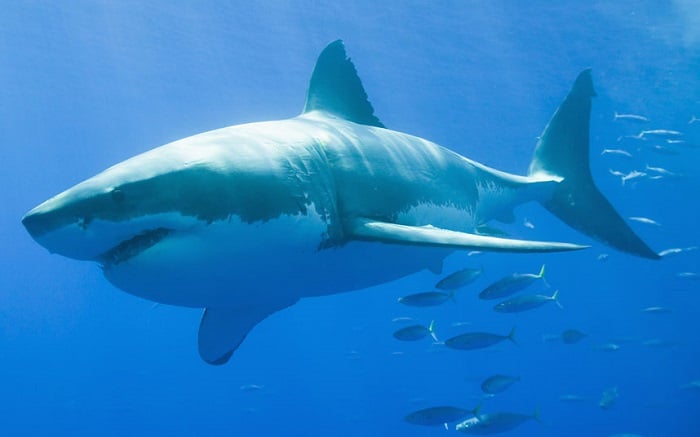 The great white shark is probably the most well-known shark species, and this sharp-toothed stunner has certainly earned its reputation. Great whites are the largest predatory fish on the planet. They can grow up to 20 feet long, weigh more than 5,000 pounds, and swim at speeds of 15 miles per hour. 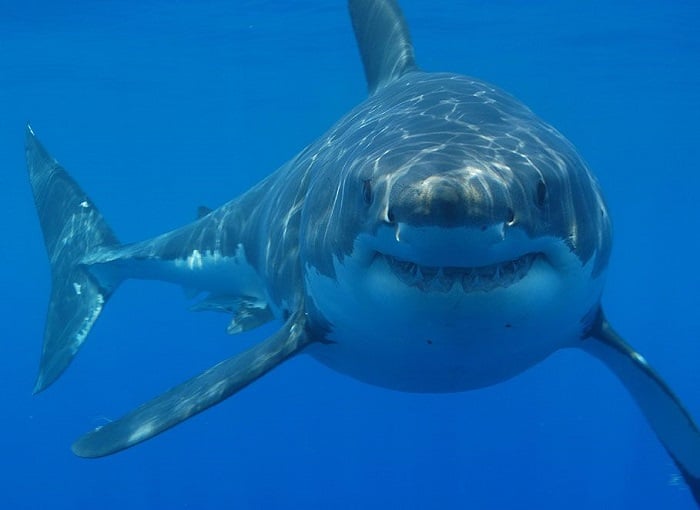 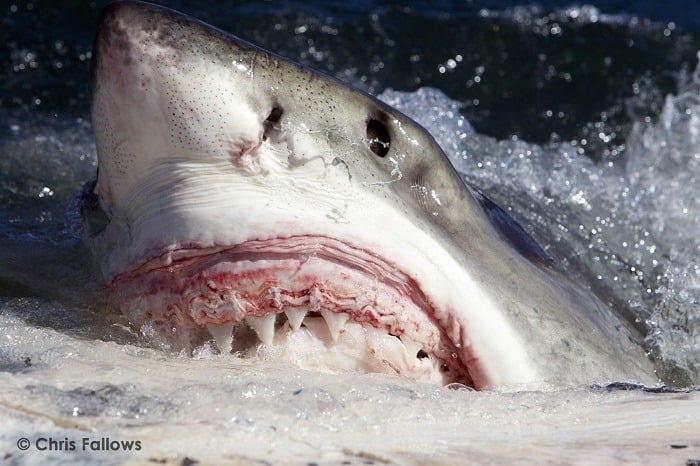 Great white sharks detect prey with their incredibly keen sense of smell, picking up potential meals as far as three miles away. Like whales, great whites have been known to breach the water, especially during an attack. To kill their prey, they bite down with around 300 saw-like teeth arranged in multiple rows along their mouths. Great white sharks account for about 1/3 to ½ of reported shark attacks each year. 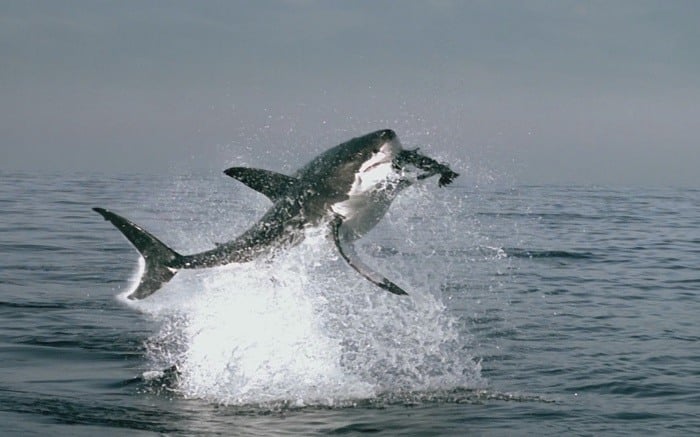 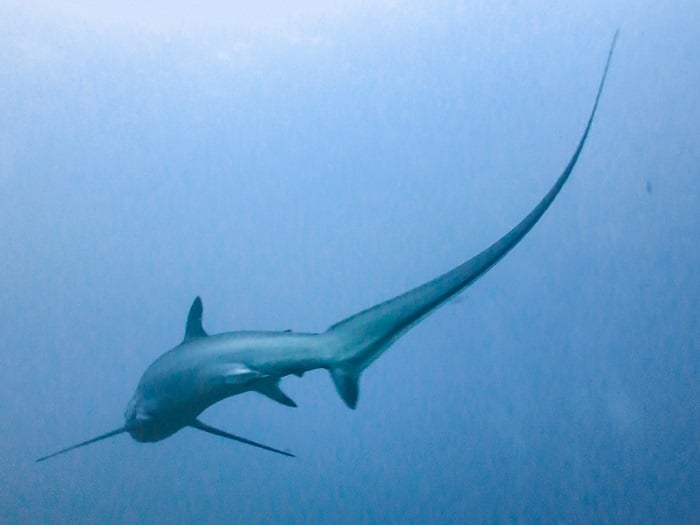 The thresher or “thrasher” shark can be distinguished by its massive, rainbow-shaped tail that accounts for about 33% of the animal’s weight. The thresher shark is a solitary animal that hunts by swirling schools of fish into mini whirlpools and then swimming into them. Thresher sharks will also thrust their tail at high speeds (30 miles per hours on average) and maiming, stunning or even killing their prey. They are the only shark species that uses their tail while hunting.

Here’s a video of the thrasher shark using its tail to hunt a group of sardines: 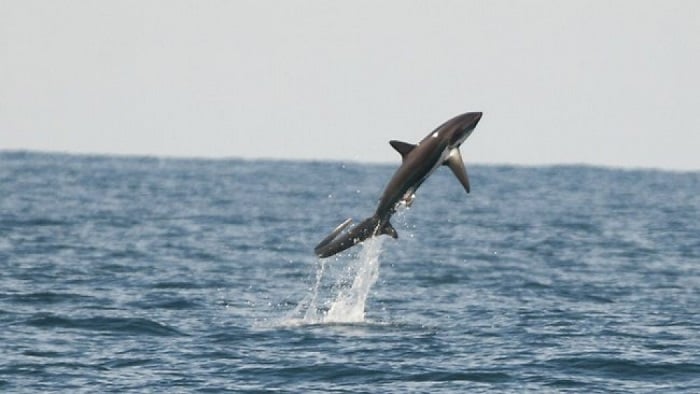 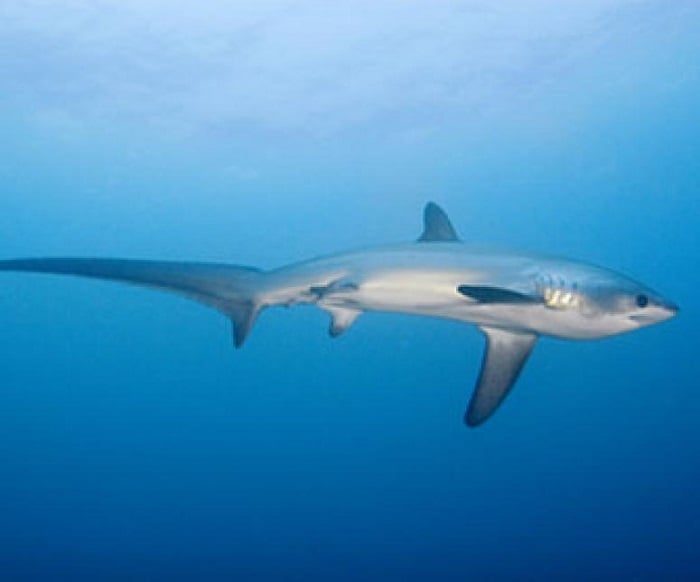