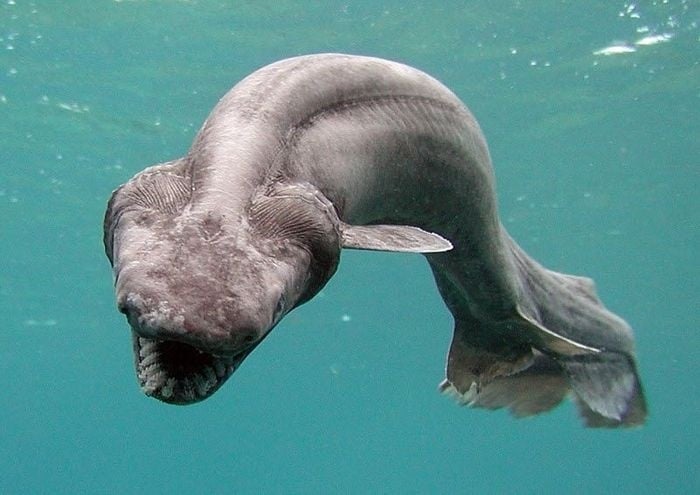 The frilled shark belongs to a primitive shark species that has changed little over the years, prompting many to call it a “living fossil”. Because of its peculiar shape, many refer to the shark as an eel or sea snake. The frilled shark has around 300 small, razor-sharp teeth organized into 25 rows, and jaws that end at the back of the fish’s head. 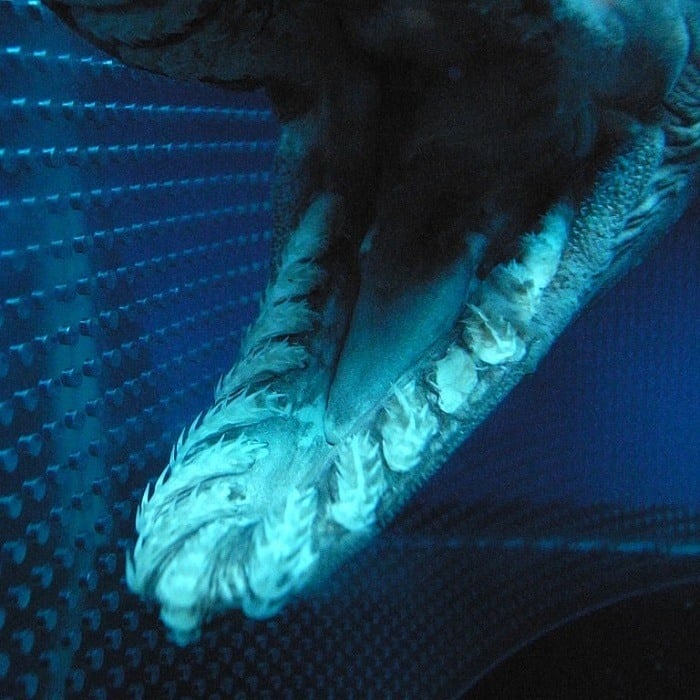 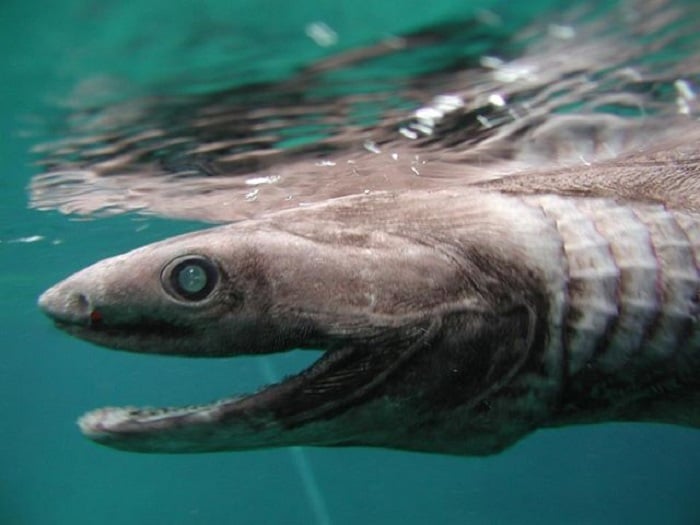 The frilled shark gets its name from the six frilled gills on its head. Sightings of the species are rare, as they usually reside in dark, deep parts of the ocean. In 2007, anglers caught a frilled shark off the coast of Japan, and quickly moved the animal to a nearby marine park. Sadly, it died hours after being removed from the ocean. 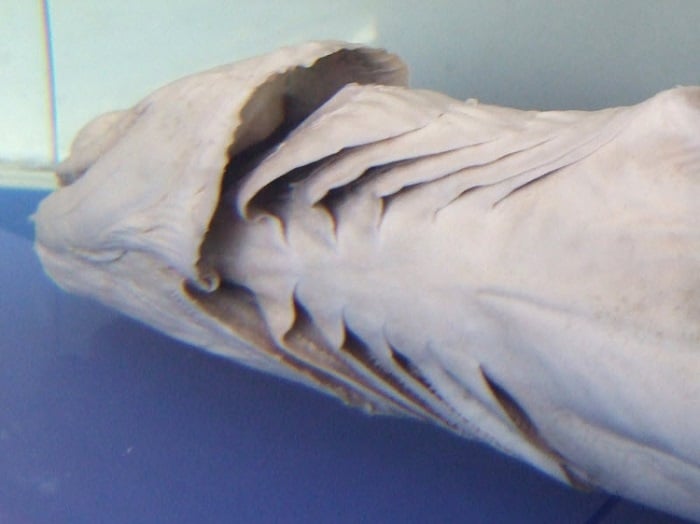 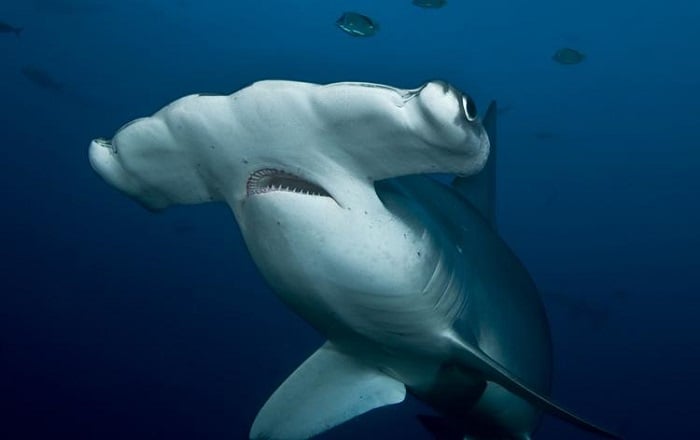 While hammerhead sharks get their name from their odd, hammer-shaped heads, this shape also allows them to be better hunters, as their far-spaced eye better equip them to scan the ocean for food. Hammerheads can sense electrical fields created by prey, which helps them locate stingrays, their preferred food source, which often lie buried under the sand. 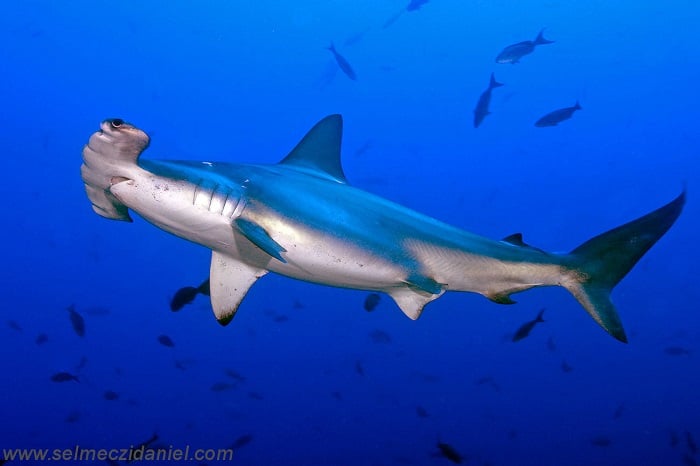 There are nine hammerhead species, the largest of which is known to grow about 20 feet long. Hammerheads rarely attack humans, and many people consider the smaller hammerhead species relatively tame. Due to their distinct shape, hammerheads are easily identifiable, and are often seen in large groups during summer migration, when the sharks seek cooler water. 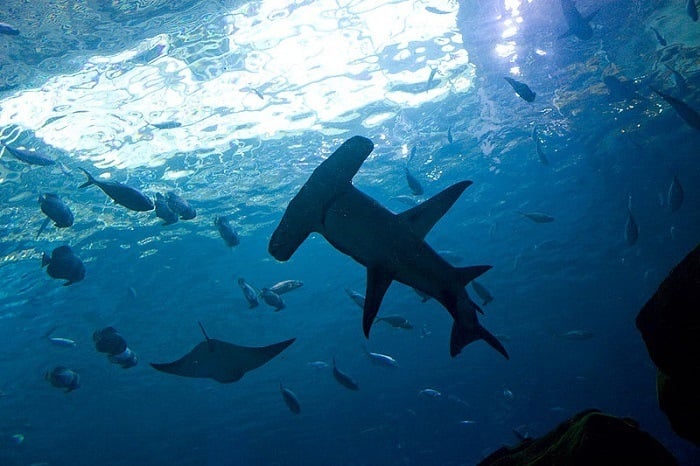 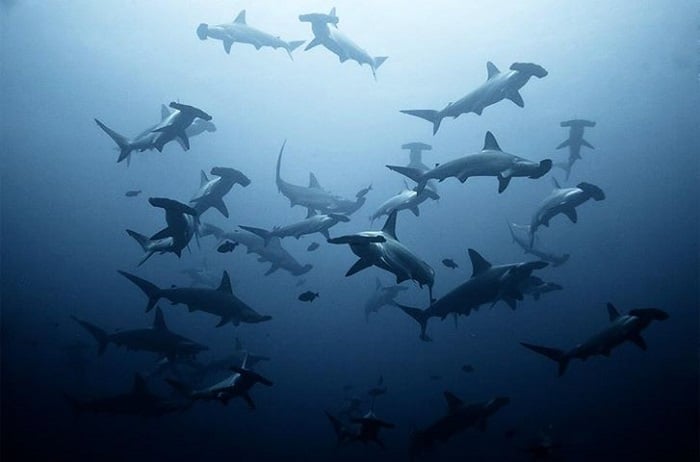 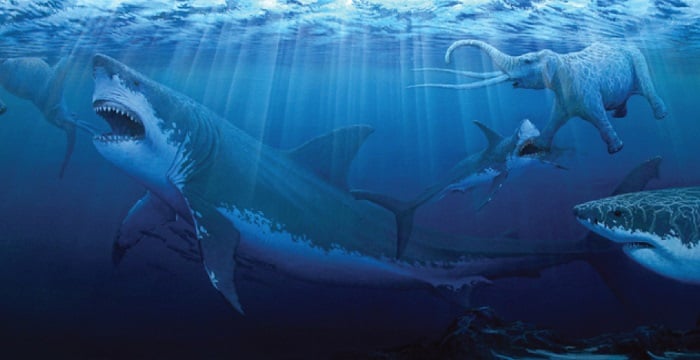 The prehistoric Megalodon shark was the biggest marine creature in the history of the world. With seven-inch long teeth and a bite force of 10.8 to 18.2 tons, this great shark was a serious predator. Since only a few scattered bones of the Megalodon remain, scientists can’t agree on the animal’s size, though the consensus is that the huge animal could have grown to be 55 to 60 feet long and weighed nearly 100 tons. 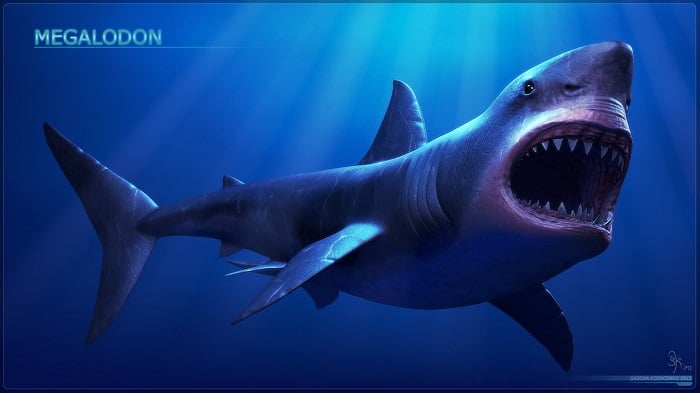 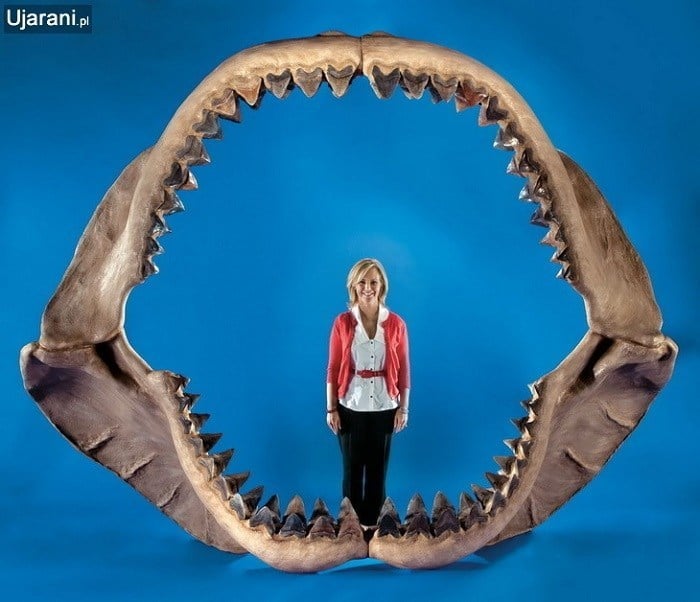 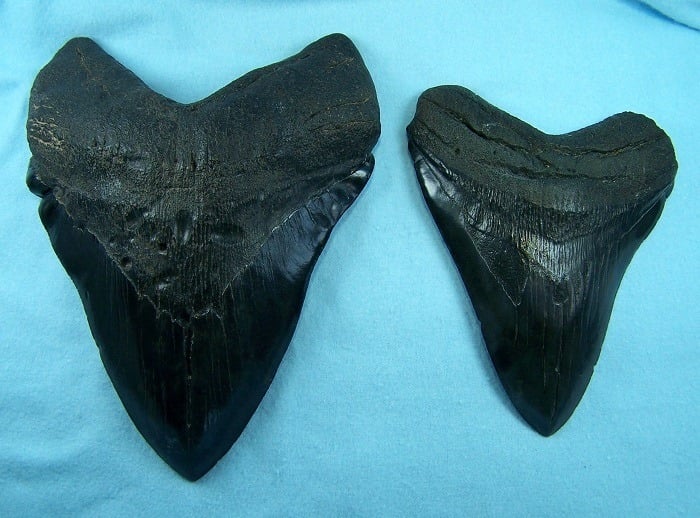 The Megalodon fed on whales, dolphins and giant turtles, and its body was designed to bite into tough cartilage instead of soft tissue. While the great white shark is considered the Megalodon’s closest living relative, the two differ in many ways. Unlike most sharks, the Megalodon lived all over the world. Though most believe that the Megalodon went extinct without explanation, some still believe that the giant fish still lurks in deep waters.