Corrupted Blood: How Epidemiologists Use World Of Warcraft To Save Lives 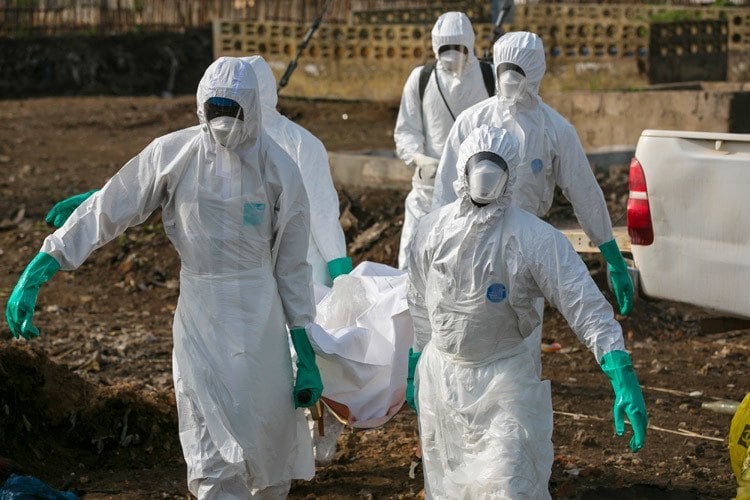 Years after the incident, number of top epidemiologists began publishing papers about the event. There were so many correlations between the users’ virtual reactions to the pandemic and documented historical responses that epidemiologists Ran Balicer, Eric Lofgren, and Nina Fefferman wrote several papers between them, all in the same year, that strongly advocated for researching the virtual world to help study and predict human behavior.

Epidemiologists use complex mathematical models to predict the spread of infectious disease and develop public health policies. These models, however, remove the irrational, human behavioral side of the equation. Furthermore, these models cannot be tested because it is of course unethical to release a pathogen into the greater population simply so researchers can observe the results. 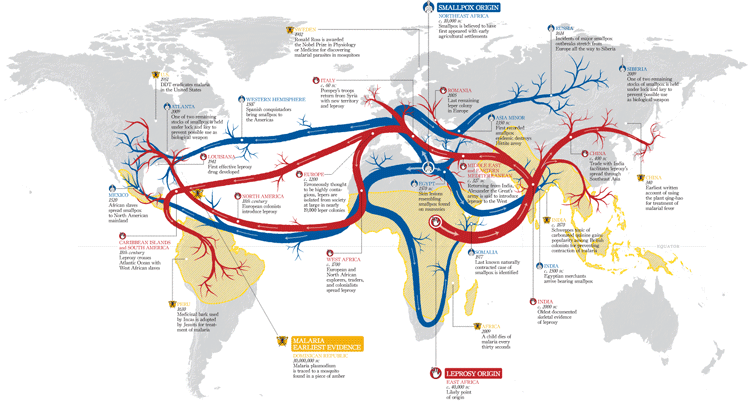 The origins and pathways of some of the world’s major epidemics. (Click photo to enlarge). Image Source: Blogspot

So the next best thing would appear to be virtual role-playing games. When a pandemic like Corrupted Blood emerges, researchers are able to observe how a population responds to disease and how it is transmitted.

For instance, Balicer mentions in his study that there were fascinating similarities between Corrupted Blood and both Avian Influenza (bird flu) and SARS. In the case of bird flu, asymptomatic ducks spread the disease in East Asia to other parts of the world. In the case of Corrupted Blood, animals held a very similar role. In both cases, there were also similarly failed attempts at quarantine as well as a high potential for rapid global spread (due to airplanes in the real world and teleportation in WoW). Essentially, people in the real world, just as in the virtual world, don’t often get everything right, nor do they do what they are told. 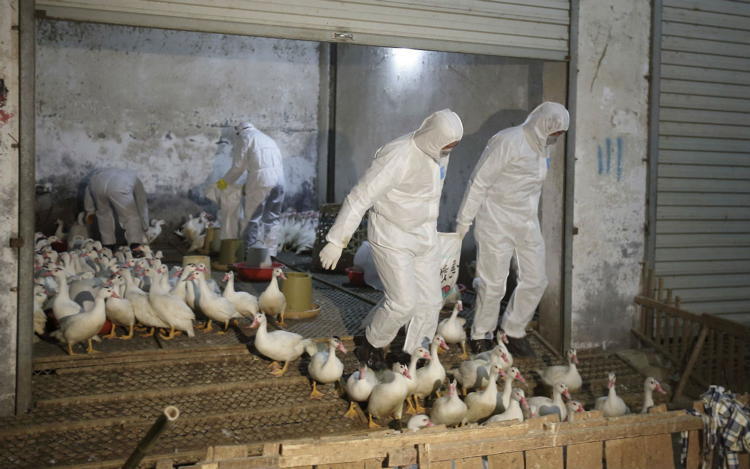 Behavioral responses are simply hard to predict. In their joint paper, Fefferman and Lofgren discuss how role-playing games display social chaos in a way mathematical models cannot. Throughout the Corrupted Blood incident, players acted in irrational ways that epidemiology models wouldn’t account for. As a result, Fefferman has since incorporated these reactions into her simulations and has begun working with Blizzard to model virtual pandemics in other games for further data collection and research.

Important, instructive behaviors displayed in the virtual world included players putting themselves at risk by running to heal weaker allies, only to infect themselves, and on the other hand, players joyously infecting as many others as possible. Some users would send their infected avatars to work or the market (yes, there is an entire, virtual WoW economy and transportation system), just like people might still go to work with the flu because they need money or have no sick days.

Yet another interesting observation for the epidemiologists is what Fefferman refers to as the “stupid factor.” Players logged on to take a quick look at the epidemic and its accompanying hysteria for the sake of curiosity only to contract, then spread, the disease themselves. This type of irrational behavior is actually present in real epidemics as well. Purely mathematical models don’t account for journalists, public health researchers, or Average Joes who get closer than they should.

While a virtual world of fantasy characters is of course not a perfect simulation of real human society–for one, real death elicits a far more intense fear than virtual death–it gets epidemiologists a step closer to being able to accurately predict the complex outcomes of a large population in crisis. And happily, in the virtual world, if something goes wrong, there is always the reset button.

Callie Stewart
Callie Stewart is a writer, graphic designer, and photographer living in New York City. She is a big fan of anthropology, music, art, the written word, a good glass of wine and The Jerk.
You might also like
Remove Ads
×
Follow ati On
Join The All That's Interesting Weekly Dispatch
Like Follow