9 Creepy Destinations Across The “Old Continent”

The so-called Old Continent could just as easily be called the "Creepy Continent." After you check out these spots, you'll understand why. 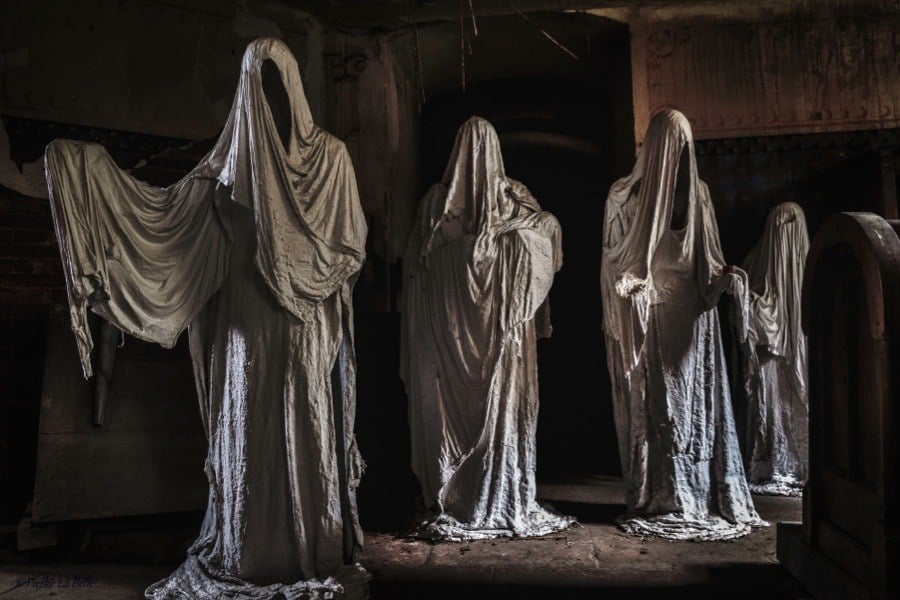 The heavy chains of superstition weigh on European history like the shackles of a Dickensian ghost. When a place is continuously inhabited for thousands of years, a few spooky stories will eventually get lodged into the collective memory. Add to these a handful of cults that build their chapels with bones and skulls, and the result is a pretty creepy continent. Here are nine European sites that will make your hair stand on end.

The Capuchin Catacombs of Palermo, Italy 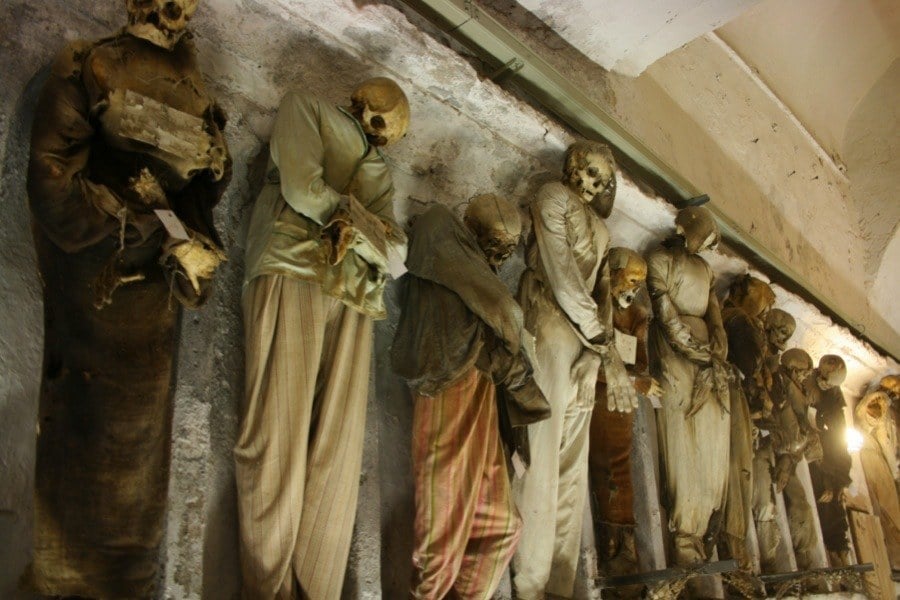 Eight thousand corpses populate this Sicilian city of the dead, including 1,200 mummies. Originally a catacomb for friars of the Capuchin monastic order, the process of preserving the bodies, through drying them and embalming techniques, attracted the attention of local elites. Dressed in their Sunday best, the residents here await the final resurrection alongside compatriots from the 16th to 20th centuries. 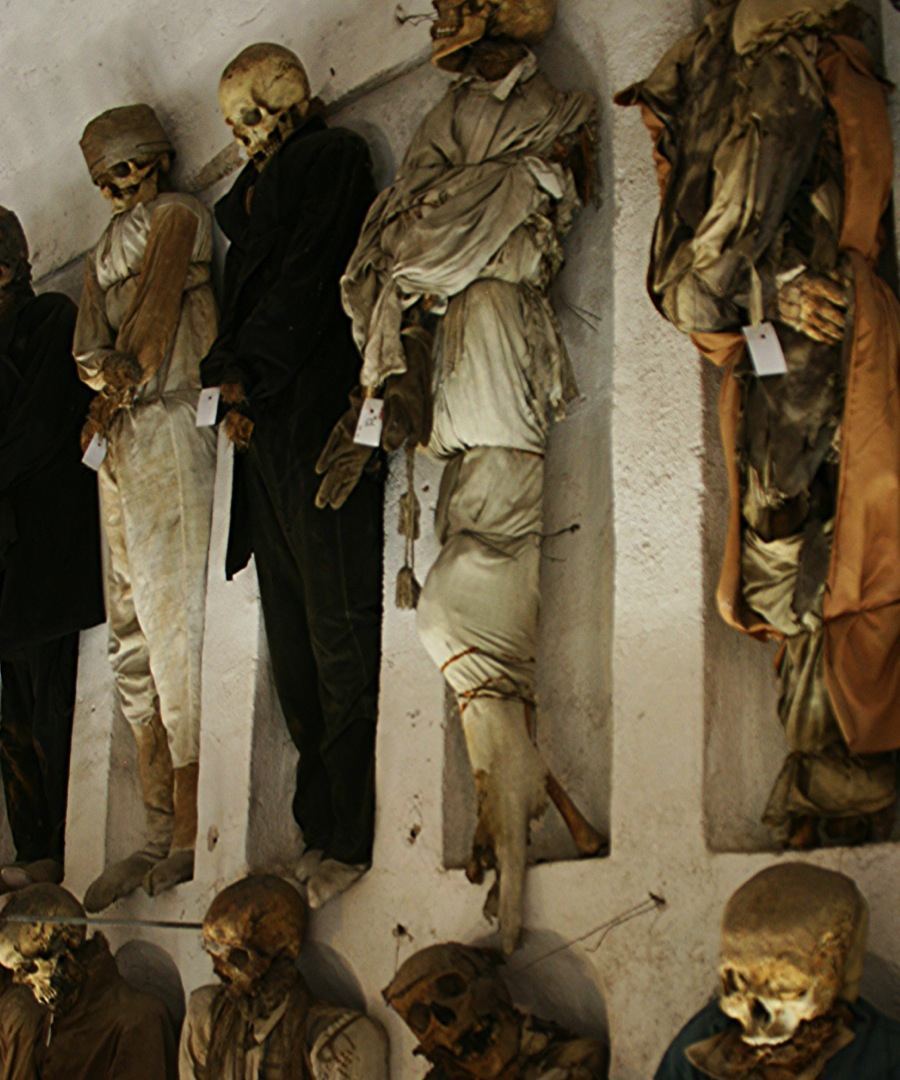 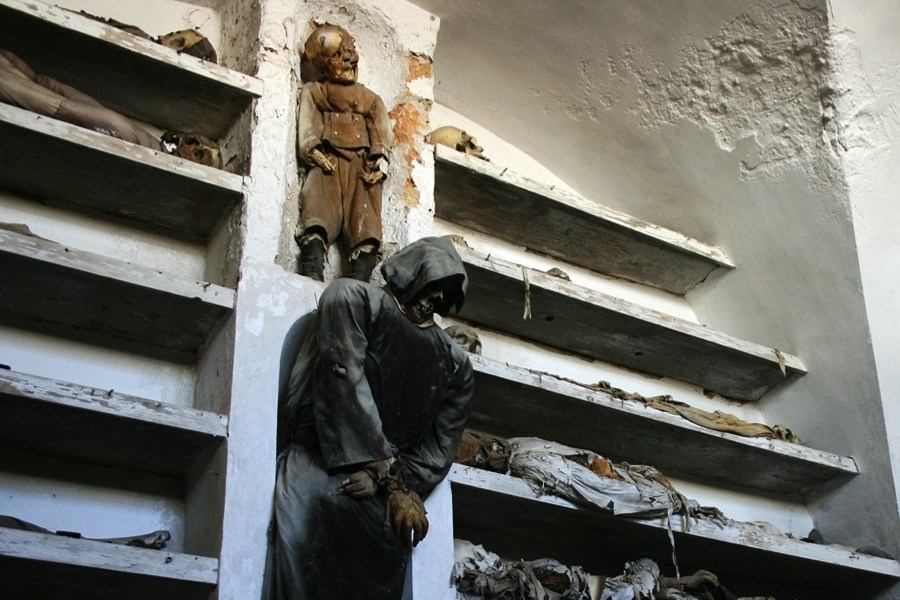 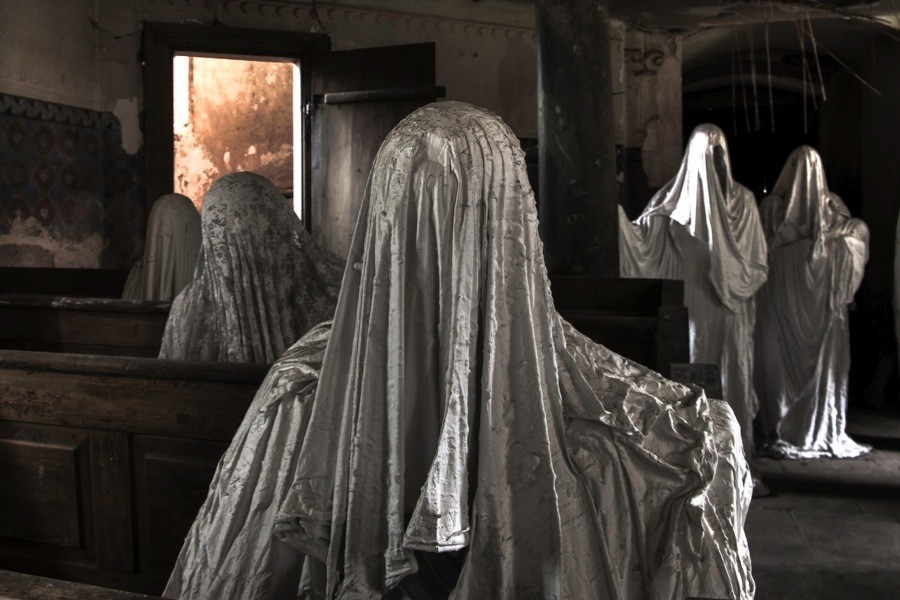 In the late 1960s, part of the church of St. Georges collapsed during a funeral in the small town of Lukova, Czech Republic. Afterwards, the building was condemned and neglected. The church, though, has received new “life” after local artist Jakub Hadrava filled the pews with a congregation of spectral parishioners. The wraiths are made of plaster, and some have internal lighting to up the freak-out factor. 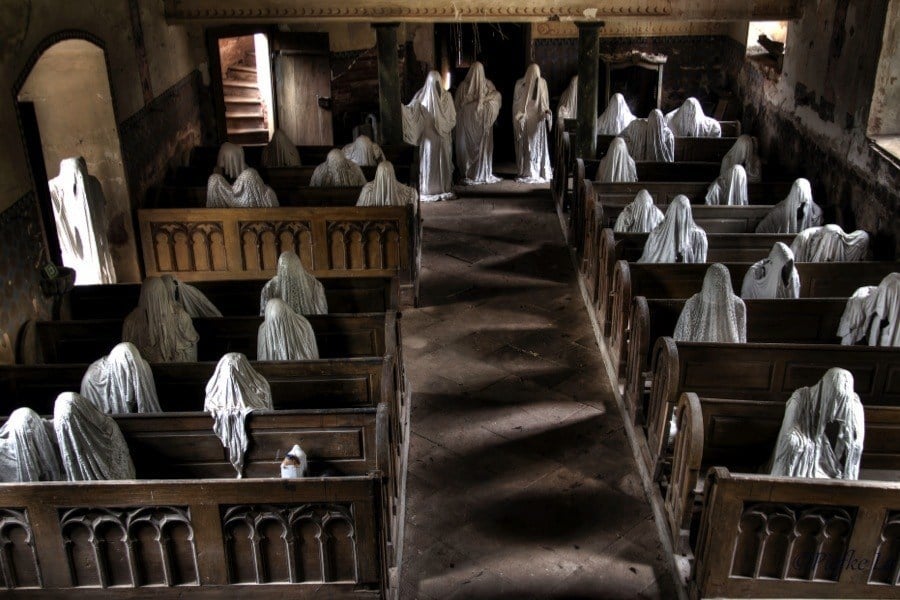 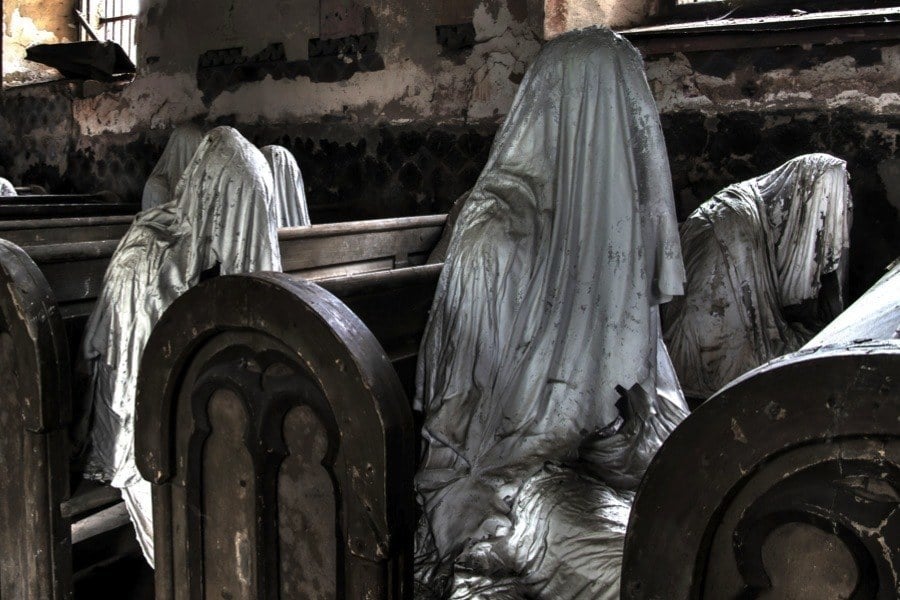 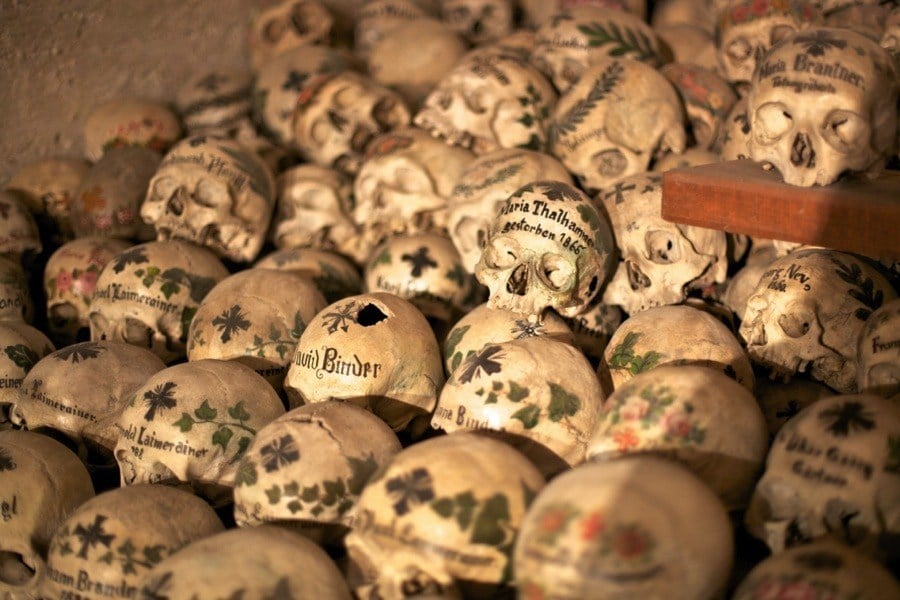 Cinched between steep hills and a large lake, the town of Hallstatt has never had much space for a cemetery. Nearly 900 years ago, the community began exhuming the dead every ten or fifteen years and moving the skeletal remains to the “bonehouse,” beinhaus in German, in the chapel of St. Michael. Today, over 600 hand-painted skulls line the walls of the chapel, each decorated with leaves or flowers, the name of the diseased, and the year of death. 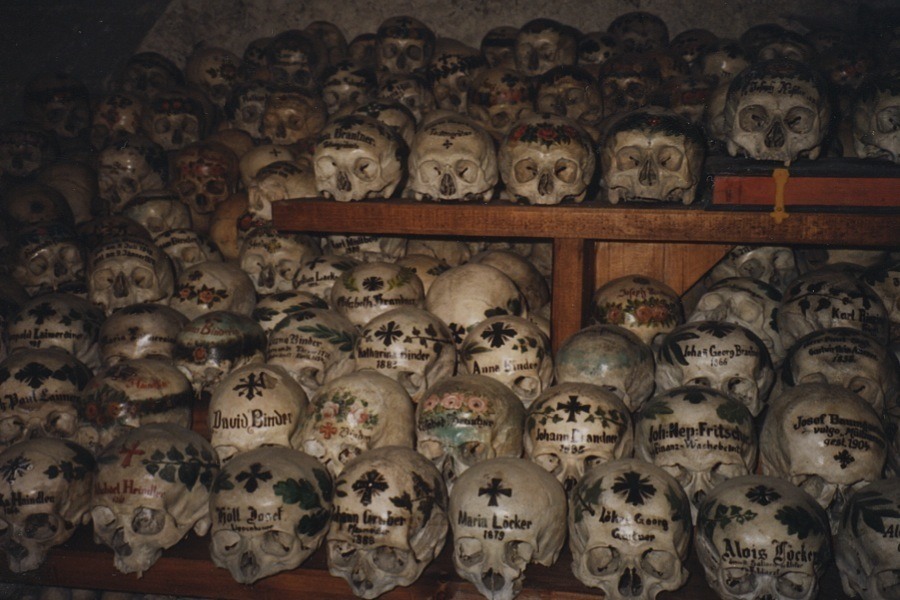 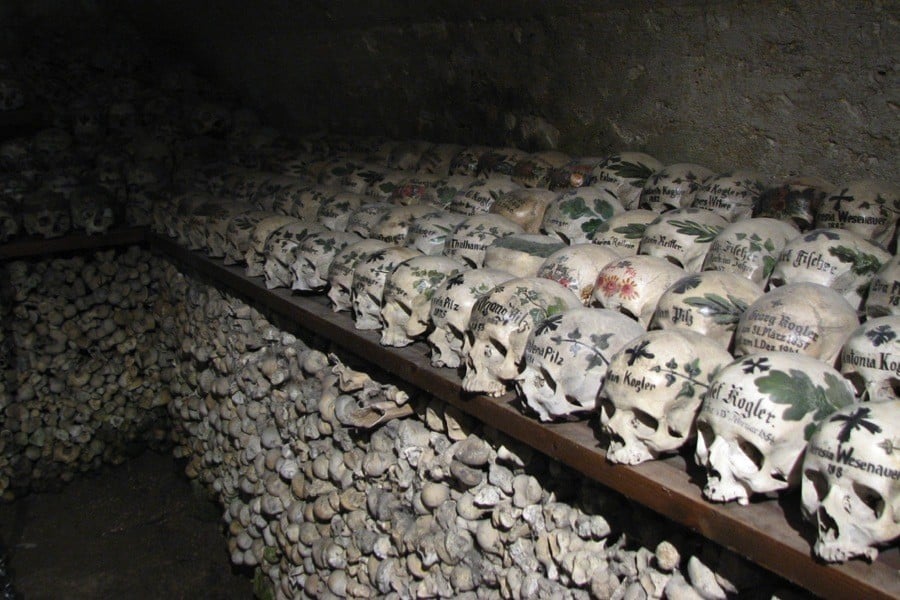