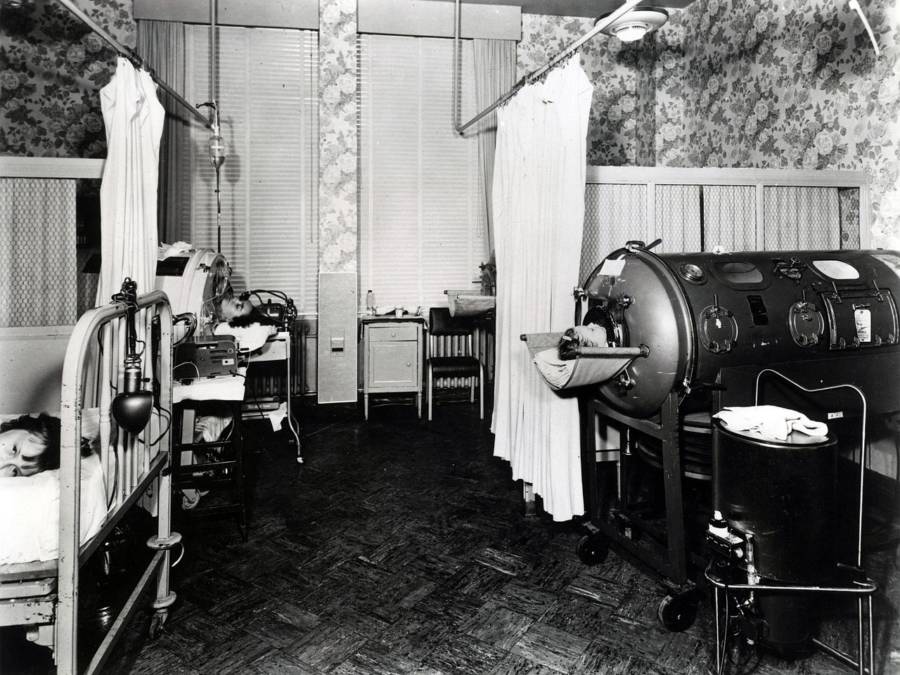 The U.S. Food and Drug AdministrationAt the height of the American polio outbreak in the 1950s, iron lungs were commonplace in hospitals.

In 1952, when America’s polio outbreak was at its worst, more than 21,000 people contracted a paralyzing form of the disease and at least 3,000 succumbed to it. Victims of the virus experienced flu-like symptoms in the early stages of infection, before the disease claimed crucial nerves in the respiratory system.

For some, the only option was to be placed in an iron lung, an artificial breathing apparatus that looked more like a torture device than a method of treatment.

For some patients, life in the lung was short-lived, and a few weeks of temporary confinement in the metal box was enough to usher them to a full recovery. The less fortunate victims, however, were forced to live out the rest of their days restricted to a respirator.

Tortuous as it may seem, for many, the ventilators were a godsend and without them, it is likely that the polio virus would have claimed many more lives. 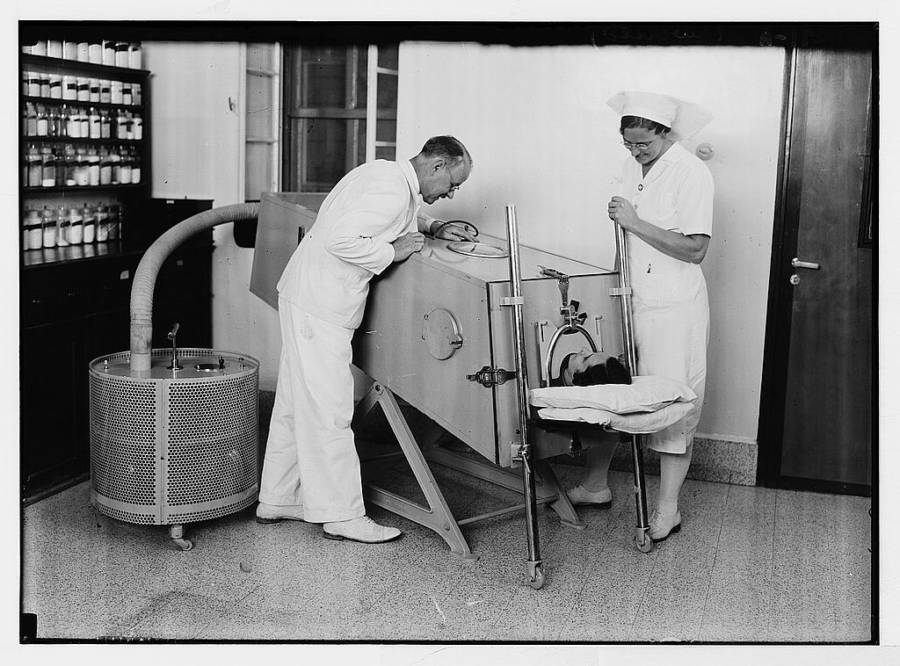 Polio vaccination programs and modern ventilators have rendered the iron lung mostly useless today. In 2014, it was believed that there were just 10 people in the U.S. still living in iron lungs. Mostly, the metal boxes sit vacant in eerie museums like hulking reminders of a grisly past.