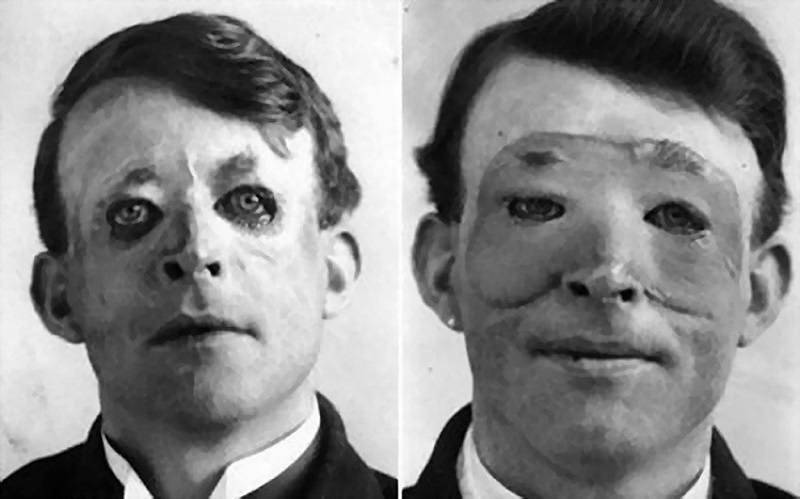 Wikimedia CommonsWalter Yeo, a sailor injured in battle during World War I, was one of the first modern plastic surgery patients. 1917.

In the pioneering days of early 20th century plastic surgery, when wartime doctors like Sir Harold Gillies were trying to mask the gruesome atrocities of battle, experimentation and medical innovation were the requirements of the day. But that experimentation sometimes turned rather macabre.

Take the case of Walter Yeo, an English sailor who lost his eyelids in battle during World War I. Yeo’s disfigurement called for a novel solution: a skin graft 1916-style. Gillies, who performed the procedure, employed a technique of his own creation called the “tubed pedicle.”

This involved stripping a flap of skin from Yeo’s chest on three sides, peeling it back and flapping it over his disfigured face. The skin remained attached to Yeo’s chest but was stitched into a “tube” of skin connecting his face and chest in order to ensure blood flow and prevent infection at the graft site (it’s also useful for scaring children).

The results of the procedure were unimpressive by modern plastic-surgery standards, but Yeo was able to resume a normal life and even returned to active duty.

Perhaps even more startling than the case involving “the man whose chest became his face” is the one about “the man whose finger became his nose.” Records of a very early rhinoplasty (nose job) operation dating back to 1880 show a series of before and after photos that should not be shown to the kids.

Although some details remain unclear, as is the case with Yeo’s tubed pedicle, this bit of facial reconstruction involved attaching the patient’s finger to his face as a replacement for a missing nose. The finger was later removed once it had fused into a rather crude snout. 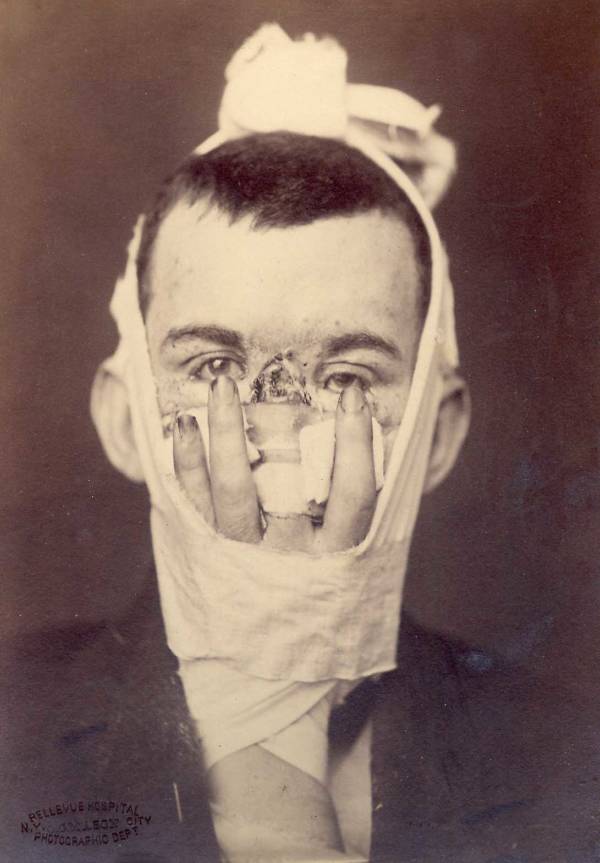 O.G. Mason/National Museum of Health and MedicineLoss of nose due to an injury, and replacement by a finger. 1880.

Since then, the development of modern antibiotics to deal with infection means that surgeons no longer need to stitch patients up like Frankensteinian monsters, but these early experiments were vital in our understanding of modern plastic surgery.

Next, allow these haunting photos to take you inside mental asylums of decades past. Then, read up on the most evil science experiments ever performed.