Watch An Alleged Serial Rapist’s Response To Justice Being Served

When the judge handed down Holtzclaw's verdict, the former Oklahoma police officer wept in disbelief. "How could you do this?" Holtzclaw asked, maintaining his innocence to this day.

Daniel Holtzclaw was a small town hero of sorts. Born in Guam on Dec. 10, 1986 to an Oklahoma cop and his Japanese wife, Holtzclaw became a college football star at Eastern Michigan University and nearly made it into the Detroit Lions.

When that didn’t work out, he decided to follow in his father’s footsteps and join the force. According to AP News, the young officer was sentenced to 263 years in prison in 2017 for preying on and raping impoverished black women with outstanding warrants.

Footage of his reaction to the verdict became a viral sensation. When the jury announced that he would spend up to 236 years in jail, Holtzclaw dropped his head and broke out into a loud cry. The nation cheered.

Holtzclaw formerly served as a police officer in Oklahoma City, during which time he was accused of raping 13 black women over a period of seven months. His victims ranged from 17 to 57 years old. Of the 36 charges, jurors found Holtzclaw guilty of 18 — including rape, sexual assault, sexual battery, and forced sodomy. 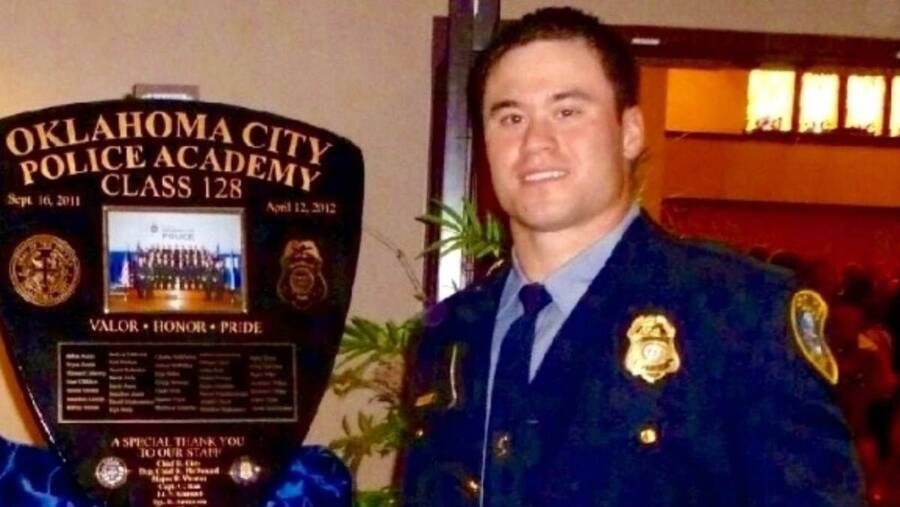 TwitterDaniel Holtzclaw tried to join the NFL right out of college, but didn’t make the cut. He became a police officer like his father, instead.

The fact that Holtzclaw’s actions even made it into the courtroom surprised many, including the victims themselves. Justice has, after all, had a fairly bad track record with poor women of color in this country.

“I didn’t think anyone would believe me,” one woman testified. “I’m a black female.”

That Holtzclaw was found guilty also surprised some: an all-white jury of eight men and four women presided over the case, deliberating for 45 hours before finding Holtzclaw guilty.

The video footage of Holtzclaw’s response to the verdict was popular with those enjoying justice being served, or who find joy in seeing expressions of pain. His sobbing and shaking proliferated across the Internet, giving the case the audience that the trial itself didn’t receive.

“We’re going to ask the judge to make sure that this defendant never sees the light of day,” District Attorney David Prater said to CNN. “And we’re going to ask him to run consecutive, every count.” 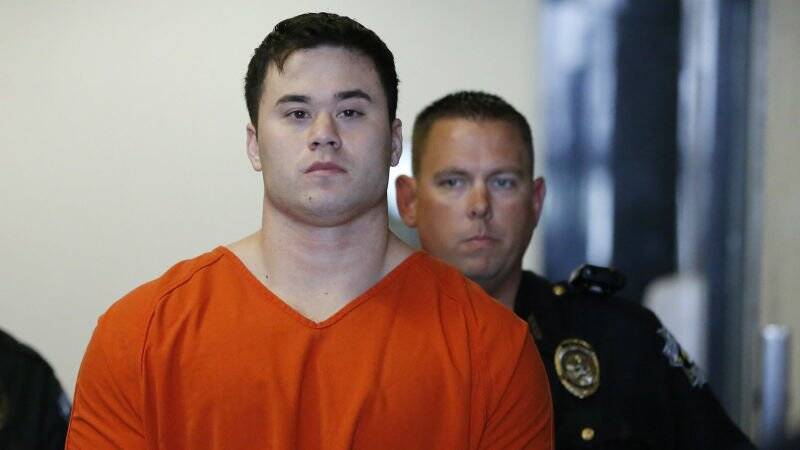 TwitterHoltzclaw was charged with rape, sexual battery, forcible oral sodomy, and more. He maintains his innocence to this day, and has a large following that believes him.

According to CBS News, the Oklahoma City Council approved a $25,000 settlement against Holtzclaw in March 2019. City Clerk Frances Kersey said the council body’s decision was unanimous. The suit was filed by Demetria M. Campbell — one of Holtzclaw’s many victims.

She said the former police officer pushed into a brick wall in 2013, with city records confirming that she was brought to the emergency room an incurred a $14,400 bill for her medical treatment. Campbell was not one of the 13 black women and teenagers sexually assaulted by Holtzclaw, but his actions were violent in nature just as much as they were sexually-focused.

The 13 victims who did suffer sexual abuse at his hand’s, however, also filed lawsuits against the city and Holtzclaw himself, after his 2014 arrest. Campbell said the ex-cop pushed her into a wall outside of a restaurant, and repeatedly banged her face against it. He also shoved her against his police car. 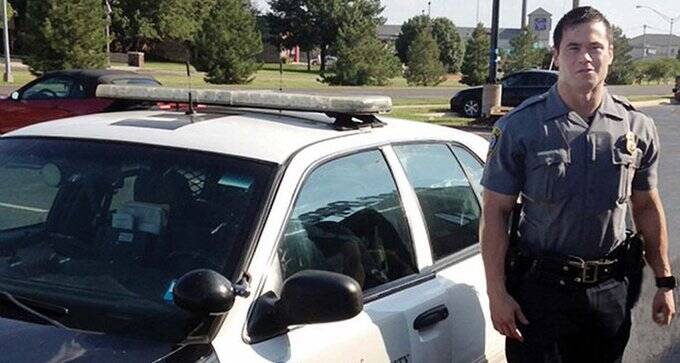 TwitterSome claim Holtzclaw’s DNA was planted, and that he is entirely innocent of all charges.

“Plaintiff prayed and sobbed as Defendant Holtzclaw traveled with her handcuffed in the backseat of his patrol vehicle through various parts of the city,” the lawsuit stated. “After some time, Defendant Holtzclaw released (her) without filing charges, but accused her of fitting the description of an individual who had stolen a vehicle.”

The settlement is even further vindication for Holtzclaw’s victims, who were initially enraged at the all-white jury that was chosen to decide the man’s guilt or lack thereof. The month-long trial in November 2017 was a rallying cry for Black Lives Matter activists, before the #MeToo Movement took hold.

While many have argued that Holtzclaw was framed and railroaded into this situation — that he was actually a good man who’d never hurt a soul — there is, unfortunately, not enough evidence to believe this position without seeming like a heartless onlooker who doesn’t care about the victims.

In the end, Holtzclaw remains behind bars and is unlikely to see the light of day anytime soon. The sentencing was partially motivated by the disgust the judge and jury felt at his alleged modus operandi.

“He didn’t choose CEOs or soccer moms; he chose women he could count on not telling what he was doing,” the prosecution said.

After reading about serial rapist Daniel Holtzclaw’s crimes, learn about the horrifying story of Rodney Alcala, the serial killer who won ‘The Dating Game’ during his murder spree. Then, read about Katherine Knight who killed her boyfriend and made him into stew – then served him to his kids.