Spotted by a local fisherman, Daniela Adamcova was later identified by researchers and friends — but there are still scant clues as to what happened to her. 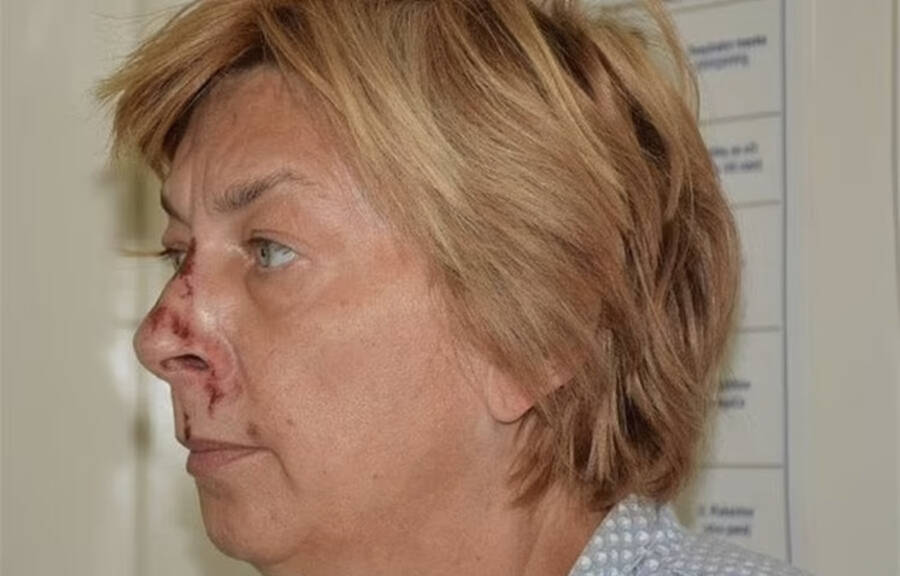 Authorities in Croatia have identified a mystery woman found alone, injured, and suffering from amnesia on a remote island earlier this month — but the mystery of how Daniela Adamcova got there remains.

It was Sunday, September 12, at 10 a.m. when the Croatian fisherman spotted her on an outcrop of jagged rocks off the coast of Krk Island. When he called police and an emergency rescue team came to save her, they asked her for her name — which she couldn’t remember.

Authorities were baffled as to how the woman got there. The distance was not swimmable from the mainland, and only a miles-long hike through inhospitable terrain led to her location. She spoke perfect English, but had no memory of how she got there or where she was from. A lack of ID and cell phone only bolstered the mystery.

After nearly two weeks of regional police blasting out her photo, answers finally came when a U.S. researcher used facial recognition software to identify Adamcova, a Slovakian citizen most recently living in Los Angeles. Friends of hers from the area soon confirmed that it was her.

As it turned out, Adamcova had spent the week prior to her rescue traveling through Croatia by herself — after turning off her cellphone and discarding its SIM card. Her fears were rooted in breaking COVID-19 quarantine protocols.

Not only did she live in the U.S. between 1984 and 2015, but Adamcova was a prolific jewelry designer. According to USA Today, her pieces have been worn by none other than Diana Ross, Barbra Streisand, and Brigitte Bardot. How she got stranded on a Croatian outcrop, meanwhile, is even more fascinating. 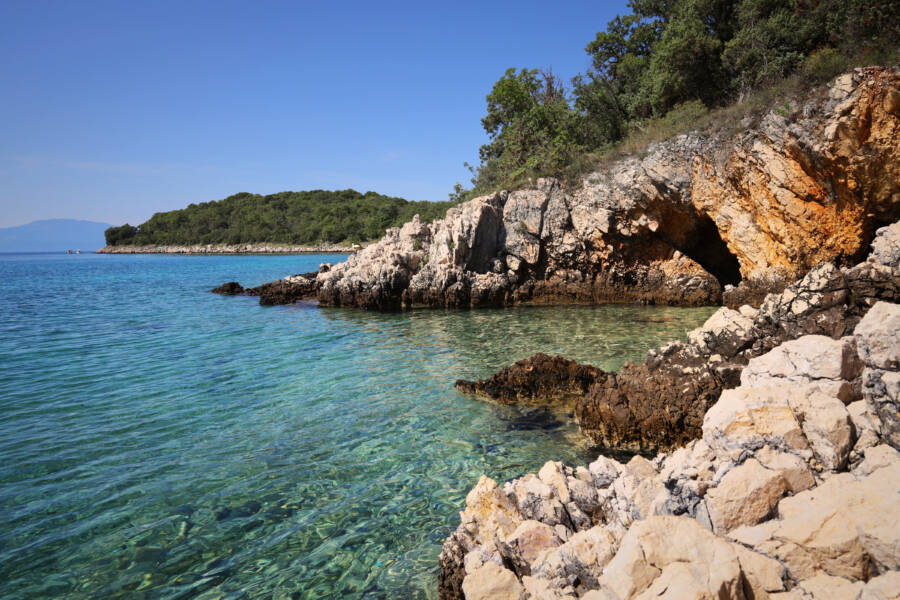 “It’s very strange that she was in the area at all,” one local said. “It is an extremely inaccessible part of the bay, with terribly sharp rocks, literally like razors that will cut the rubber on the soles of your shoes.”

While many parts of Krk are linked to the mainland by a bridge, this area was so inhospitable and remote that professional help was imperative. According to CNN, the fisherman himself was unable to reach it as the rocks would’ve run his boat aground. He thus notified police who dispatched Croatia’s Mountain Rescue Services (HGSS).

A 14-man rescue team saved Adamcova’s life. They used two ATVs to reach the region and ultimately had to abandon the vehicles and hike nearly two more miles. With no identification, phone, or memory, Adamcova’s identity was a mystery.

“Down on the shore, we found a woman with minor injuries, she also had a few scratches and was extremely dehydrated and emaciated,” said the HGSS. “She could barely take a few sips of water. We placed her on a stretcher because she was unable to walk, and transported her to the hospital.” 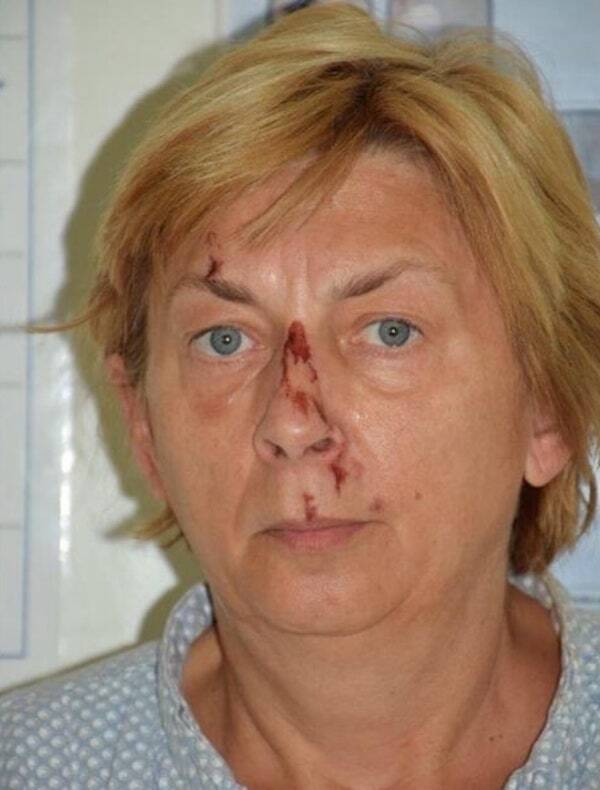 While Adamcova was recuperating in a mainland facility in Rijeka, authorities were scratching their heads. There was no reasonable explanation as to how she got to the outcrop, and nobody on the mainland recognized her from the leaflets. Ultimately, it took 13 days for friends and coworkers to hear the news.

Nina Smidt had worked with Adamcova as an artisan in 2015 and revealed she had been homeless for a while. Smidt explained she “had run into hard times and bad luck,” but “was a really good worker, smart, and she has a wonderful heart.” Fortunately, Smidt saw Adamcova’s photo online and called police.

At the time, all authorities knew were the basics. The woman was a blonde, blue-eyed adult around 60 years old with a medium build and stood at five-foot-six. They combed missing persons registries, hotels, apartment complexes, and campsites — but found no one that recognized her until Smidt called police.

“She speaks English, but she does not remember her identity,” the police said. “She is currently located in hospital and is in stable condition.” 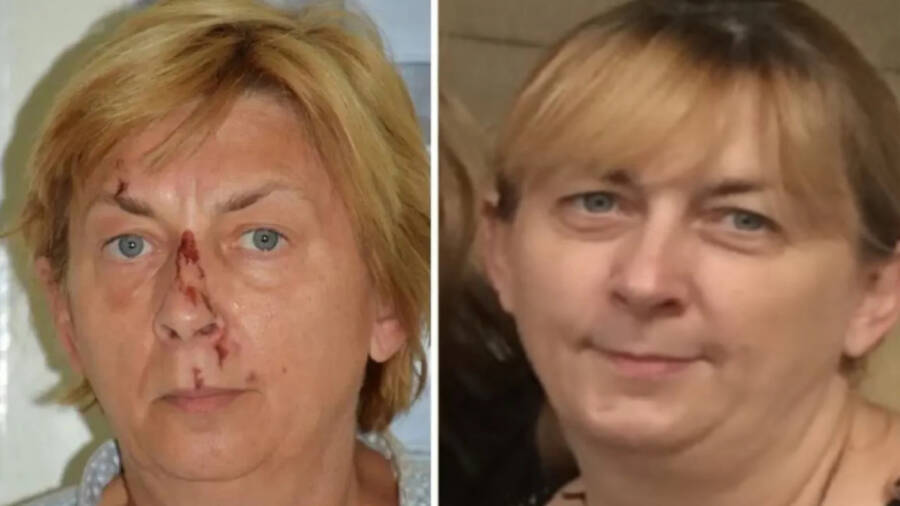 Adamcova had been profiled by a Slovakian news outlet as a successful jewelry designer in 2008. She moved to Los Angeles at 19 and worked as a housekeeper and nanny until she enrolled at the Fashion Institute of Design and Trade in Santa Monica.

After dating a Hollywood producer, she managed to get her pieces onto the sets of shows like Sabrina The Teenage Witch and Melrose Place. She sold jewelry to cast members of Friends and sent her work to exhibitions in Japan, New York, and Hong Kong. Ultimately, a string of bad luck landed her on Skid Row.

Adamcova had been placed in the artisan company Smidt managed by a non-profit company that helped homeless people, according to The Daily Beast. Operating out of a warehouse in Los Angeles, Second Space proved a reliable job for Adamcova. Landlord Tyler Madsen even let her live there rent-free.

“I recognized the woman in the photo immediately,” said Smidt. “The second I saw her picture, I sent it to Tyler to confirm that it was her, which he confirmed.”

“One hundred percent,” Madsen added. “There is no doubt in my mind it’s her.” 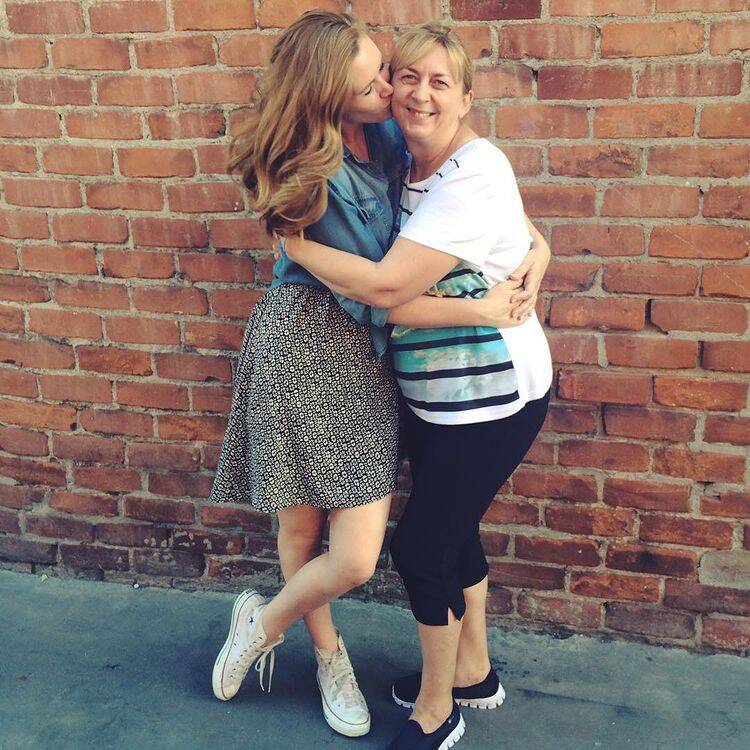 NinaSmidt/InstagramDaniela Adamcova had worked with Smidt at an artisan company after becoming homeless.

Smidt recalled Adamcova eagerly wanting to travel to Ireland. Meanwhile, tourists in the Czech Republic said they saw her there on September 9. She told them she had traveled from Slovakia by train and was planning to return to her family after exploring Croatia.

“She went on the trip alone,” the tourists said. “And because she feared a 14-day quarantine after arriving back in Slovakia, she turned off her phone and discarded her SIM card.”

Locals were baffled, as Adamcova was armed with nothing but a pink sun hat, top, and pants, and somehow managed to traverse inhospitable terrain frequented by bears for nearly two miles to arrive at her destination. One local stated confidently that the woman “certainly could not swim that distance; it needs exceptional strength.”

Croatian news services reported that Daniela Adamcova remained in the hospital as of Wednesday.

After reading about the woman who was rescued from a Croatian island she can’t remember traveling to, learn about the message in a bottle that saved the lives of imperiled hikers. Then, read about the Thai oil rig workers who rescued a dog that had been swimming 135 miles offshore.