Inside The Sacramento Sex Slave Murders Of Gerald And Christine Gallego

Gerald and Christine Gallego turned their dark sexual desires into a murderous rampage that left at least 10 young people dead across California between 1978 and 1980. 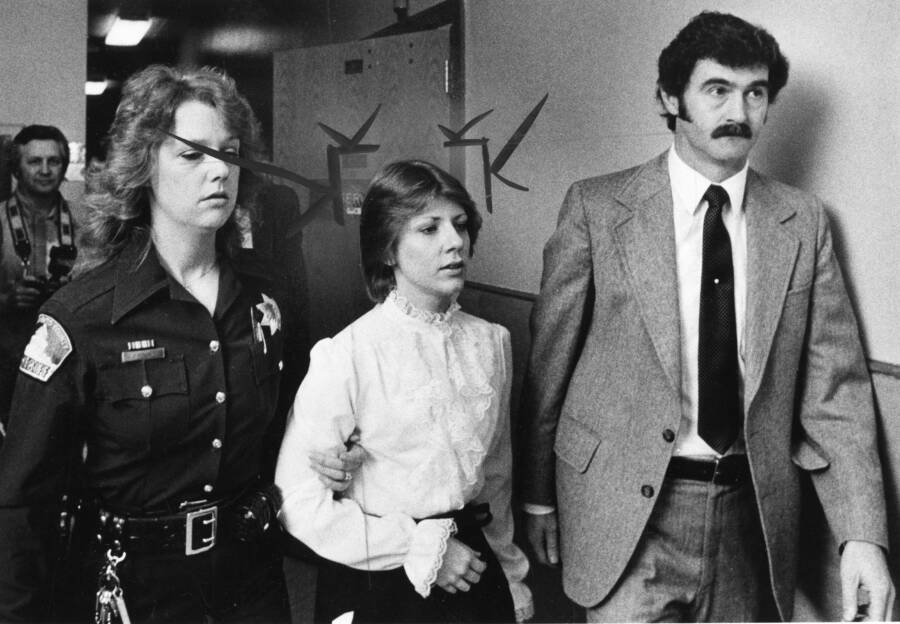 Jerry Telfer/San Francisco Chronicle/Getty ImagesCharlene Gallego being escorted into the Martinez, California courtroom to testify against her husband, Gerald Gallego on Jan. 10, 1983.

Gerald and Charlene Gallego made for terrifying partners in crime. An attractive brunette, Charlene Gallego had no trouble luring innocent youths into her car with the promise of work or marijuana. An unquenchable serial killer, Gerald Gallego would later rape and murder them at remote locations instead.

The serial killer couple terrorized the city of Sacramento for two long years before carelessness got them caught. Their California killing spree from 1978 to 1980 left nine women raped before being bludgeoned or shot to death, and one man killed outright. Disturbingly, most of the victims were teens. One was pregnant.

Gerald Gallego would threaten the victims at gunpoint and tie them up before brutalizing them, then ending their lives. Those who weren’t shot were beaten to death with shovels or hammers. The press christened the crimes “the Sex-Slave Murders.” Entire communities were paralyzed with fear.

This is the shocking story of Gerald and Charlene Gallego.

Born on Oct. 10, 1956, in Stockton, California, Charlene Williams was adored by her parents and spoiled as a single child. She played the violin and excelled in school until an accident left her mother disabled. In her teens, she rebelled by partying and pocketing her mother’s money to gamble. 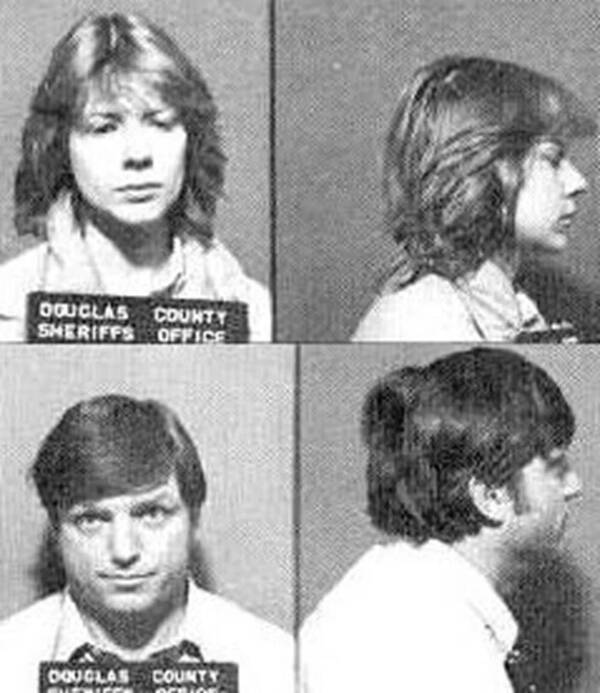 On Sept. 10, 1977, a month before her 21st birthday, Williams met Gerald Gallego at a Sacramento poker club. She had already been married and divorced twice when she met her partner in crime, and moved in with him one week later. Gallego was nearly a decade older — and came from a rough upbringing.

Incarcerated for shooting a police officer, his father killed a prison guard during an escape attempt and became the first person in Mississippi to be executed in the gas chamber. Gallego, born on July 17, 1946, also had a mother in the sex industry with a roster of abusive boyfriends.

By the time he met Williams, Gallego was a convicted armed robber with a prolific arrest sheet that relegated him to bartending shifts and trucker jobs. Unbeknownst to Williams, he was in his fifth marriage and allegedly molested his own daughter from a previous marriage when she was a child. 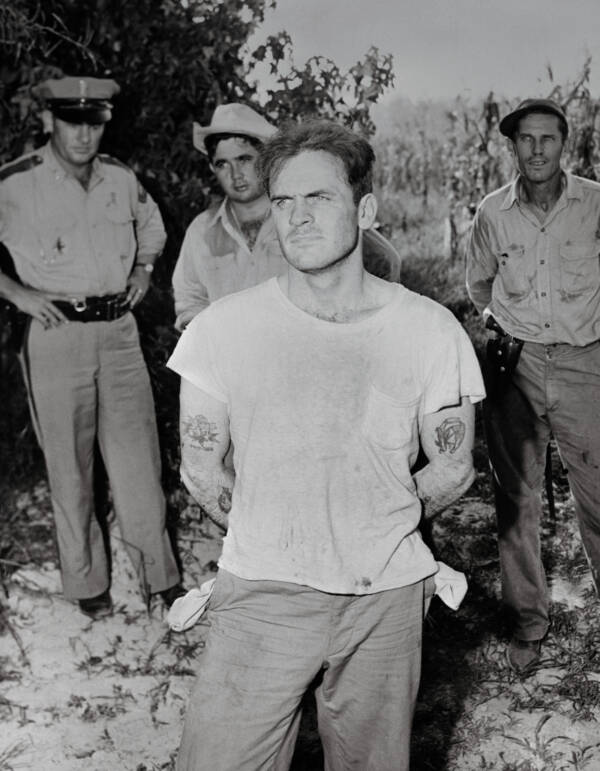 Williams lured 17-year-old Rhonda Scheffler and 16-year-old Kippi Vaught out of a Sacramento mall and into her van with the promise of smoking them up. However, inside, Gallego held them at gunpoint while Williams drove out to the Sierra Nevada Mountains — where Gallego raped both teenagers before shooting them in the head.

Their bodies were found in a field two days later, shortly before Gallego’s adult daughter filed charges against him for molestation. High-tailing it to Reno, Nevada, the couple abducted 14-year-old Brenda Judd and 13-year-old Sandra Colley from the Washoe County Fair on June 24, 1979. 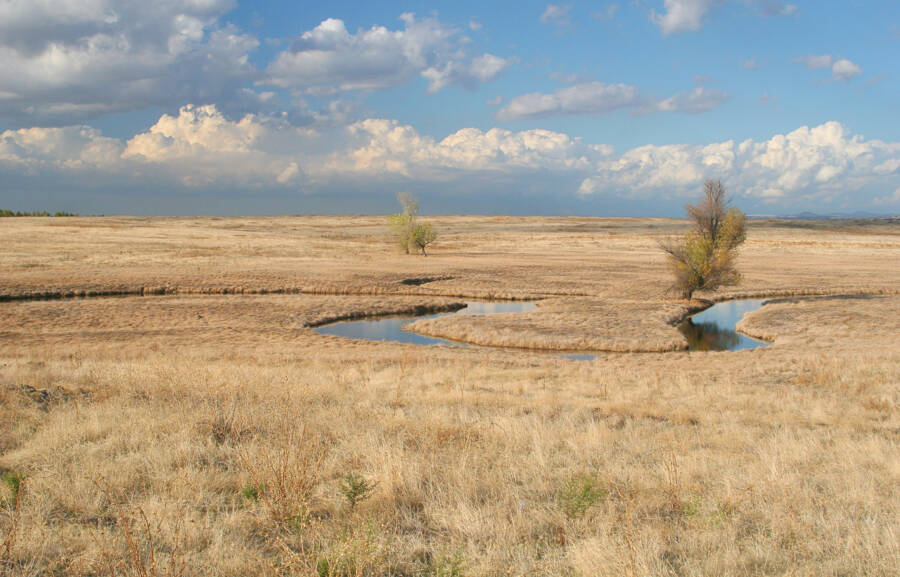 Flickr/casch52Rhonda Scheffler and Kippi Vaught were killed in Sierra Nevada terrain just like this.

This time, Gallego began raping his victims before they had even arrived in the desert. Chillingly, he took one at a time from the van and into the distance, only to return alone, holding a hammer and shovel. Next April, the couple returned to Sacramento where two teenagers met the same fate.

Despite their reservations about Gallego’s lineage, Charles and Mercedes Williams supported their daughter’s relationship. Troubled by his job insecurity as a convict, they helped him obtain a fake identity so he could find respectable employment. Under the alias of Stephen Feil, Gerald Gallego married Charlene on June 1, 1980.

The honeymooners picked up 21-year-old hitchhiker Linda Aguilar on Oregon’s highways six days later. She was glaringly pregnant, but Gallego raped, strangled, and bludgeoned her with a rock in a remote area all the same. Sand found in her lungs would later reveal to authorities that she’d also been buried alive.

To celebrate his 34th birthday, Gerald and Charlene Gallego lured bartender Virginia Mochel into their van — then raped and strangled her to death moments later.

It was shortly after midnight on Nov. 2, 1980. Craig Miller and Mary Beth Sowers had just left a Sigma Phi Epsilon fraternity function at the Arden Fair Mall when the Gallegos forced them into an Oldsmobile Cutlass. A frat brother of Miller’s spotted all four of them and asked what they were doing when the driver peeled off.

Noting the license plate, the student contacted police, who visited the car’s registered owner — Charles Williams. He confirmed that his daughter had been using the vehicle, with Christine claiming she and her husband had been at the movies that night. 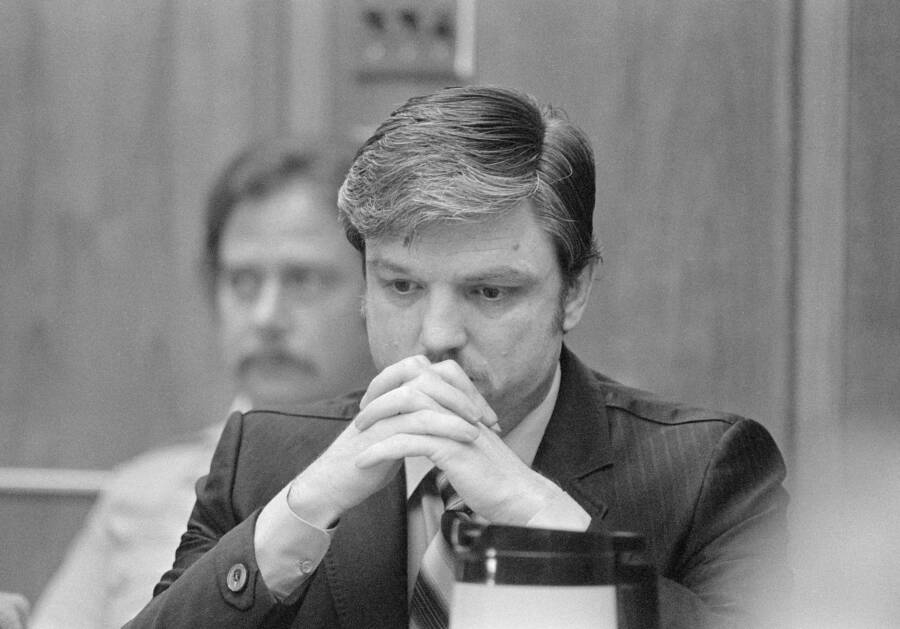 Bettmann/Getty ImagesGerald Gallego being sentenced to death in Martinez, California, in May 1983.

By the time Miller’s fraternity brother identified Gerald Gallego from his mug shot, the couple had fled California for Omaha, Nebraska. With the FBI now involved, the couple was arrested on Nov. 17, 1980, at a Western Union — where a pregnant Williams was collecting money wired from her parents.

She gave birth behind bars on Jan. 18, 1981, and confessed in July 1982. Agreeing with California and Nevada prosecutors to testify against her husband, Charlene Gallego lay the blame at his feet in exchange for a 16-year and eight-month sentence. Released in July 1997, she reclaimed her maiden name — and vowed that she had been brainwashed into her hideous acts by her husband.

Gerald Gallego was found guilty in April 1983 and June 1984 by California and Nevada juries, respectively. Sentenced to death like his father, he died of cancer behind bars.

After reading about serial killers Gerald and Charlene Gallego, learn how the Golden State Killer evaded authorities for 40 years. Then, read about Richard Ramirez and the twisted “Night Stalker” killings.