Why Don’t Humans Have Tails? This New Study Has A Possible Answer

Biologists suggest that humans lack tails because of a random genetic mutation that appeared 20 million years ago. 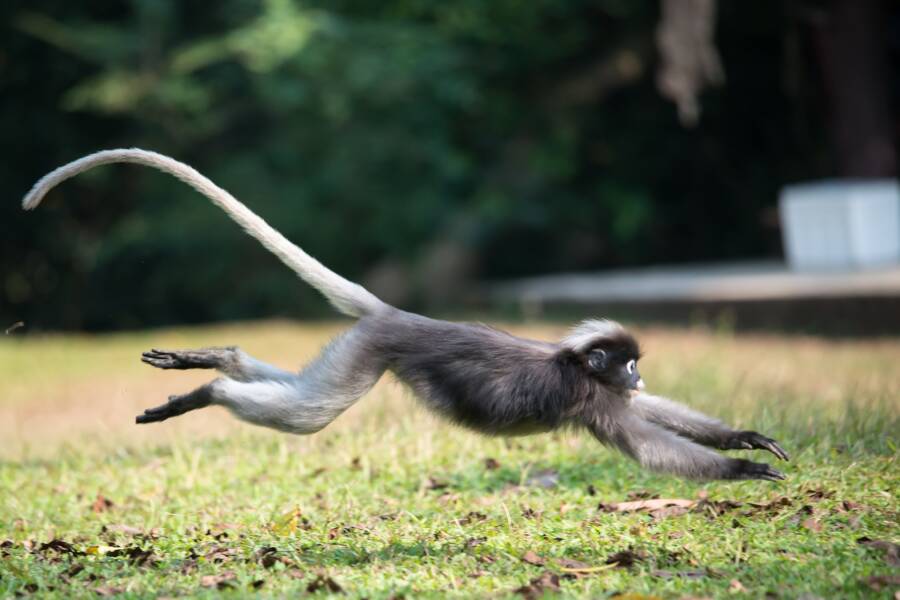 Wikimedia CommonsAnimals today use their tails for a variety of purposes, but humans lost theirs millions of years ago.

Humans and apes share many physical characteristics, some which have remained, and some which have evolved, but there’s always been one main difference in that monkeys have tails, and humans do not. A new study pinpoints a mutation in a gene called TBXT as the reason for this.

In a study published in bioRxiv, they argue that the absence of a human tail is due to a single genetic mutation that appeared randomly some 20 million years ago when an ape was born without one and then passed the mutated gene down to its descendants. Just as a twist in genetics led the way to this mutation, a twisty turn-y Uber ride led a graduate student to its discovery.

“This question — where’s my tail? — has been in my head since I was a kid,” said Bo Xia, a graduate student in stem cell biology at NYU Grossman School of Medicine and the lead author of the study. After a bumpy Uber ride damaged his coccyx, or “tailbone,” in 2019, he began to think more deeply about why humans don’t have tails.

The question “why don’t humans have tails?” has been around for some time. The first primate fossils, which date back 66 million years, have tails. But by the time an ape species called Proconsul emerged 40 million later, the tails had vanished.

Charles Darwin first drew a line between primates and humans in the 19th century. Though his conclusion raised eyebrows, he argued that people had once had tails too.

“I believe the Os coccyx gives attachment to certain muscles, but I cannot doubt that it is a rudimentary tail,” he wrote in 1859.

To investigate the question further, Xia examined how tails form in embryos. Conducting a study comparing the DNA of apes without tails and that of those with tails, he found a mutation in the TBXT gene, which humans also have.

“I nearly fell off my chair, because it is just a stunning result,” one of Xia’s supervisors, Itai Yanai, recalled.

To test his theory, Xia and others injected mice with the mutation found in TBXT in humans and apes. The mice either didn’t grow tails or only grew a short one. In other words, Xia and his team had found the mutation that inhibited tail growth.

They did acknowledge, however, that other genes are also at work. The mice responded to the mutation in different ways. Humans, however, all share a common coccyx. 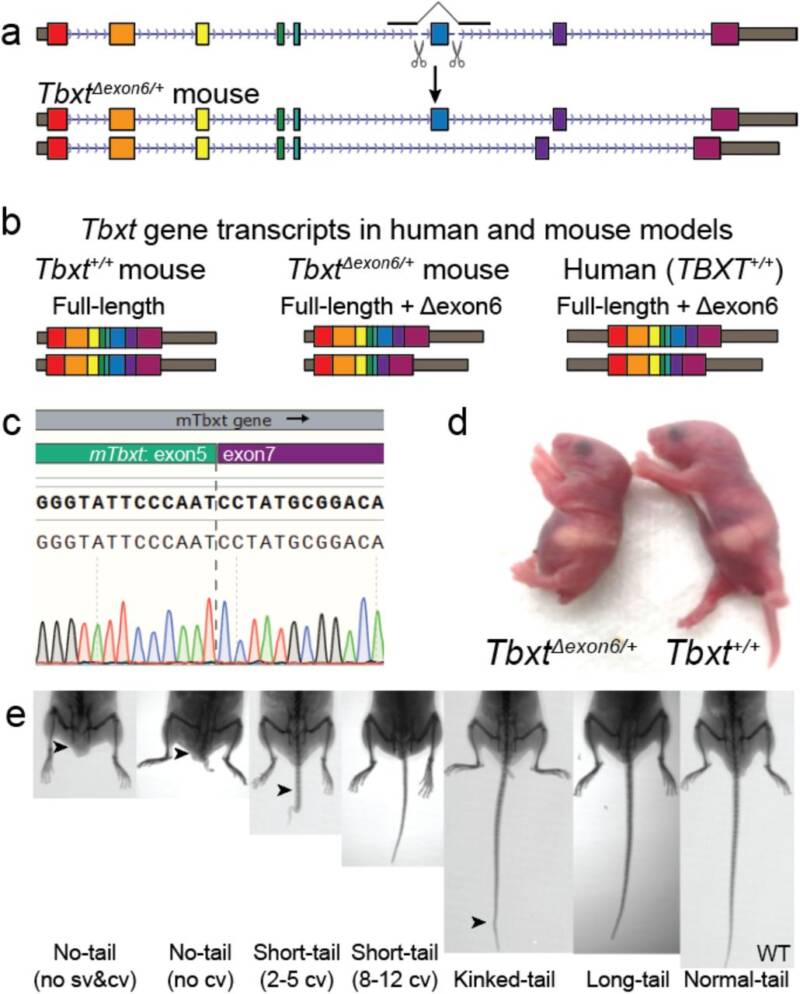 bioRxivMice injected with the genetic mutation TBXT grew no tails or short tails.

But although Xia and his colleagues have possibly found a reason why our human ancestors stopped growing tails, there remain plenty of questions about this quirk of human evolution.

The first ape without a tail survived to pass on its genes — why? Why didn’t a lack of tail hinder it? Why didn’t the tailless ape lose its balance, fall from the branches, and die, cutting short its genetic legacy?

For humans, lacking a tail worked out in the end. Our tail muscle evolved into strong pelvis muscles, which helped humankind take its first steps while standing upright.

Biologists suspect that something like this — walking, instead of climbing in trees — eventually outweighed the downside to lacking a tail.

“The specific evolutionary advantage for the loss of the tail is not clear,” Xia and others note in their study, “though it likely involved enhanced locomotion in a non-arboreal lifestyle. We can assume however that the selective advantage must have been very strong.”

From time to time genetics does step in to bend the rules just when scientists think they’re on to something. A 2019 study conducted by Pramod Janardan Giri and Vaibhav Sharadrao Chavan for the Asian Journal of Neurosurgery studied the rare case of a 17-year-old male with a 18-cm long tail finding it to be the cause of spina bifida at L5 and S3–S4 levels. According to the study there have only been “40 cases of true human tails reported in literature,” so naturally they’re a repeated point of interest.

In the case of this teenager mentioned in the study, his tail was the longest they’d seen. According to the case-study’s parents they “were made to believe that this tail is a gift from Hindu monkey god “Hanuman,” and hence named their child after him.” It wasn’t until the young man began to feel shame over his long tail, and discomfort physically, that they brought him in.

As such, researchers have more work to do around the question of human tails — or lack thereof. Xia’s research gives only one possible reason why humans lost tails in the first place.

Though other factors were likely at play, the TBXT mutation seems especially compelling, according to Cedric Feschotte, a geneticist at Cornell.

He described Xia’s mutation research as, “as close to a smoking gun as one could hope for.”

After reading about why humans don’t have tails, see why researchers think monkeys are better problem solvers than humans. Or, learn how dolphins have conversations with each other like people do.