Monkeys Are Better At Problem-Solving Than Humans, Study Finds

Researchers wonder if the heavy rewarding of habit-based solutions in Western educational systems are destroying our ability to creatively problem-solve. 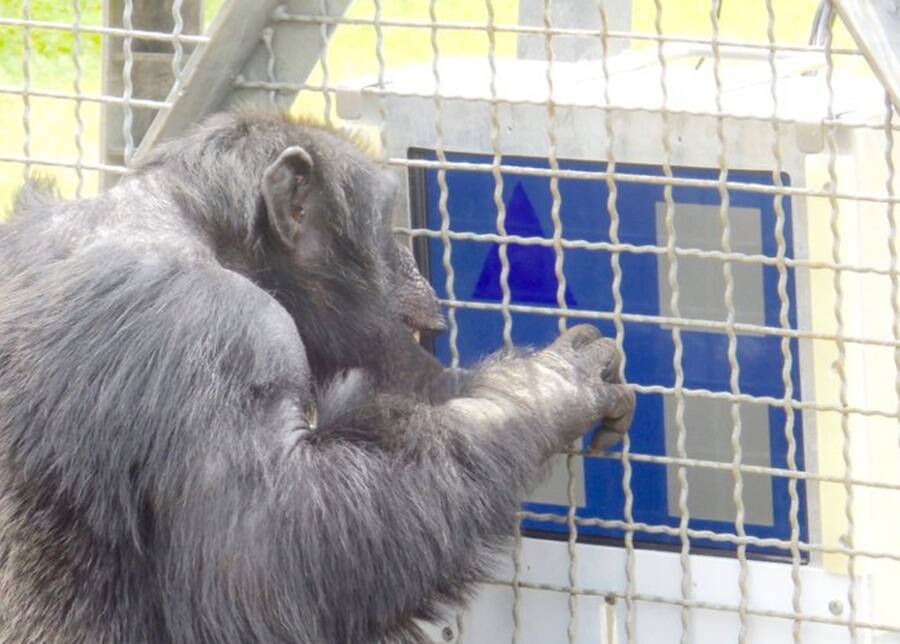 Do you think of yourself as a smart person? Well, according to one study, you could still be outsmarted by a monkey.

According to Live Science, researchers recently tested how well both humans and monkeys could perform in a problem-solving computer game and found that the monkeys were undeniably better.

In the experiment, which consisted of humans and 29 monkeys both rhesus and capuchin, four squares were first presented on a screen: one striped, one spotted, and two blank.

Players learned that clicking the striped square followed by the spotted square would lead to a blue triangle popping up in place of one of the blank squares, and subsequently clicking on that blue triangle produced a reward — a little “whoop” sound for the humans and a banana-flavored pellet for the monkeys.

But when the human and monkey participants were presented with a shortcut to the reward, only the monkeys seemed to pick up on it, thereby displaying a “cognitive flexibility” or problem-solving ability that the people seemingly lacked.

“We are a unique species and have various ways in which we are exceptionally different from every other creature on the planet. But we’re also sometimes really dumb,” Julia Watzek, the study’s co-author and a graduate student in psychology at Georgia State University, said in a statement about the study. 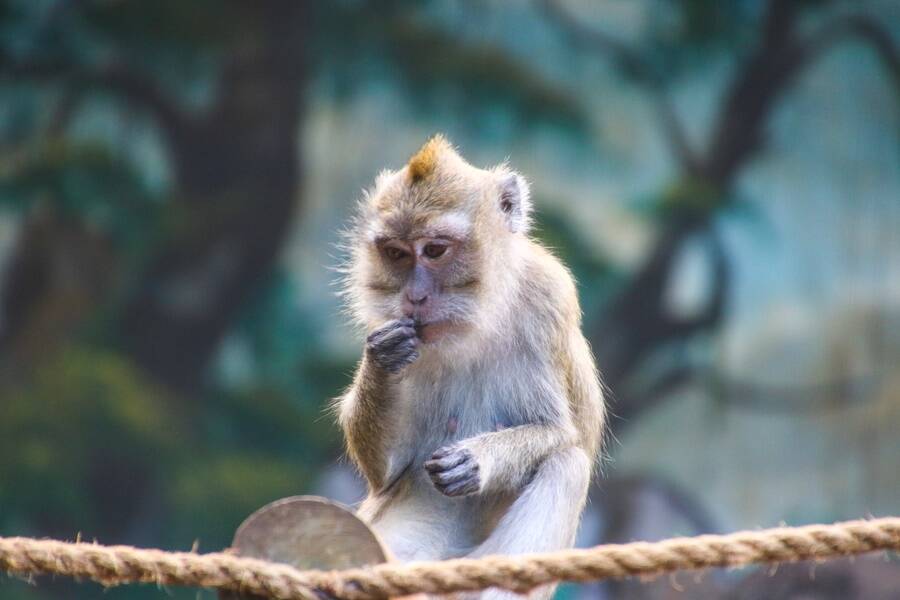 PexelsThe study used rhesus and capuchin monkey species, both of which immediately took advantage of the shortcut presented to subjects in the study.

Seventy percent of the monkeys immediately used the shortcut to click the triangle and recieve the reward the first time it was shown to them. The humans, on the other hand, continued to repeat the same sequence and ignore the shortcut.

Incredibly, only one person out of the 56 people tested reached for the shortcut when it was presented.

“I am really surprised that the humans, a sizable portion…just keep using the same strategy,” Watzek told Live Science.

The authors of this study concluded that educational practices employed in Western educational systems may be causing humans to stick to one known problem-solving strategy instead of searching for an alternative.

The paper also noted that things like standardized testing and formal schooling could be encouraging “rote repetition” and the “search for a single correct solution.”

So, does this mean those untainted by the limitations of Western-style schooling fare better when it comes to adapting new strategies for problem-solving? Not quite.

In 2018, a related experiment showed the same human test subjects a video of someone else using the shortcut and were told not to “be afraid to try something new.”

But even then, when given “permission” to break the rules, roughly 30 percent of the human participants continued to follow the same pattern and ignore the shortcut.

This same 2018 study included evaluations of cognitive flexibility in study participants from the Himba tribe in Namibia and found that 60 to 70 percent of the Himba tribe subjects still failed to adopt the shortcut strategy right away, though they did use it more often than their Western-educated counterparts.

While there certainly needs to be more research to determine whether this for sure, these experiments suggest that cognitive inflexibility among humans could likely be encouraged by the heavy rewarding of habit-based solutions in Western educational systems.

“If solution strategies are so entrenched that new information is ignored, they can lead us to make inefficient decisions and miss opportunities,” the paper’s authors wrote.

An advantage that human participants did show in this latest study, however, was that they took less time to pick up the rules of the computer game than the monkeys.

Researchers believe that this difference in learning curve may contribute to the monkey’s ease in bending the rules later in the experiment, but they can’t say for sure without more precise studies on the matter.

The study, published in the journal Scientific Reports, was conducted by researchers at Georgia State University.

Whatever the case may be, this likely won’t be the last we hear about the debate over monkey versus human, even though we could be more similar to each other than we think.

Next, read about the controversial experiment by Chinese scientists who injected monkeys with genes from the human brain and explore Japan’s Jigokudani Monkey Park, where snow monkeys go to hot tub.