"The best explanation we can come up with is that the owner of the sword was defeated in a battle." 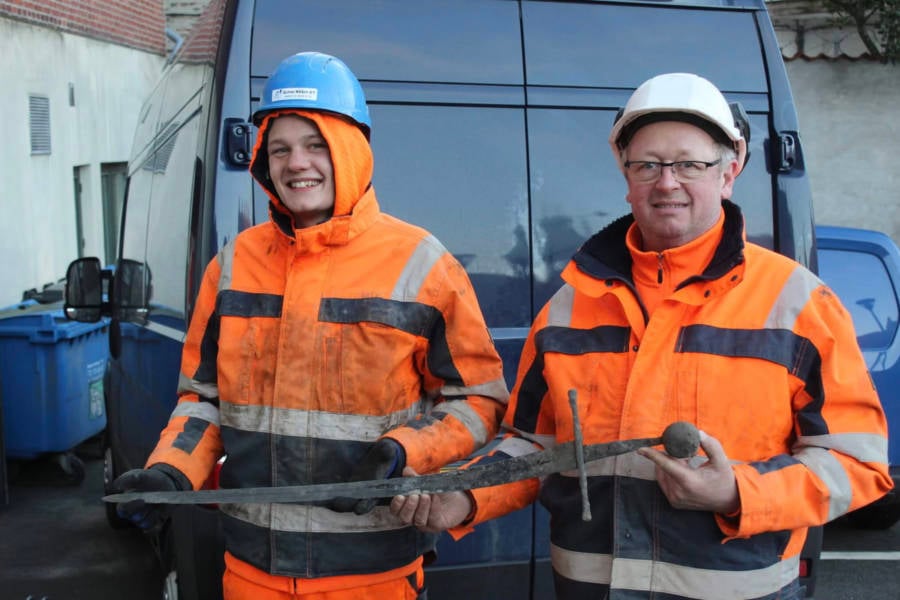 The Historical Museum of Northern JutlandJannick Vestergaard and Henning Nøhr proudly holding the medieval sword they pulled out of a Danish sewer.

As pipe layers and engineers, Jannick Vestergaard and Henning Nøhr are likely accustomed to their day-to-day operations in Denmark’s fourth-largest city, Aalborg. So, pulling a medieval sword out of a sewer earlier this month was quite a surprise.

Aalborg has a substantial history of findings dating back to the 1300s. Some experts are convinced, however, that this particular sword dates back even further, to the 12th century, Smithsonian wrote.

Whatever its age, the sword was discovered with its blade still intact, making the find all the more remarkable.

First reported in regional publication The Local, the discovery prompted the two blue-collar workers to immediately contact the Historical Museum of Northern Jutland. Archaeologist Kenneth Nielsen subsequently examined the item and suggested a 14th-century timeframe for its origins. 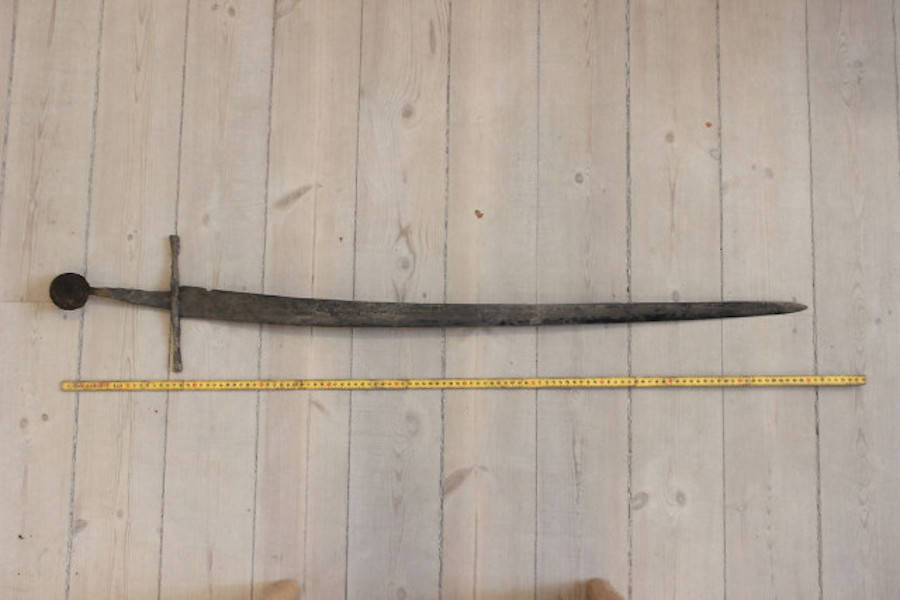 “Discoveries from here generally point in the direction of the 1300s, so the sword must have ended in the ground in that century,” said Nielsen.

Furthermore, Nielsen theorized that only a highly-skilled weapons manufacturer could’ve produced this sword, as it reportedly has an “extremely high level of workmanship” and details only an expert could’ve included.

The sword itself is 3.6 feet long, but due to its fuller — a rounded, longitudinal groove that reduces the weapon’s weight — weighs just about a mere 2.2 pounds. The Danes call this recess a blodrille (or “blood groove”), according to LiveScience.

While this has since become a widely employed standard in knife and blade production, it wasn’t at the time, meaning that this sword’s maker truly knew what they were doing.

Experts like Nielsen were able to deduce further information about the weapon, as well, including theories of ownership and why it was left behind.

Wikimedia CommonsThe Historical Museum of Northern Jutland, where the sword will undergo conservation efforts and be displayed.

Since those who owned fine swords in the Middle Ages were largely comprised of people of means, Nielsen suggested it was likely that this piece belonged to a wealthy, noble citizen.

“Acquiring a sword in the Middle Ages was an extremely costly affair, and only the warrior elite — who then consisted of the nobility — could afford to carry such a weapon,” the museum confirmed in a statement.

Nielsen’s surprise at the fact that it was found in what would’ve been an average, residential part of town back then led to further potential answers.

Medieval warriors were commonly buried with their weapons, which makes this particular finding a bit unusual. Nielsen speculated that the sword might’ve been lost under violent circumstances, both because the 1300s marked a notable period of instability for Denmark and because the sword was found nowhere near historical burial sites.

“The best explanation we can come up with is that the owner of the sword was defeated in a battle,” said Nielsen. “In the tumult, it was then trod down into the layer of mud that formed the street back then.”

While little else is know about this latest, fascinating find from the annals of Danish history, the sword will be treated for conservation by the Historical Museum of Northern Jutland and displayed in the near future. Vestergaard and Nøhr, meanwhile, can take pride in knowing they’ve contributed to the preservation of history — and perhaps, pay a well-earned visit to the museum and see their find on display.