A construction worker recently stumbled across an incredibly well-preserved 600-year-old sword in a Polish swamp. 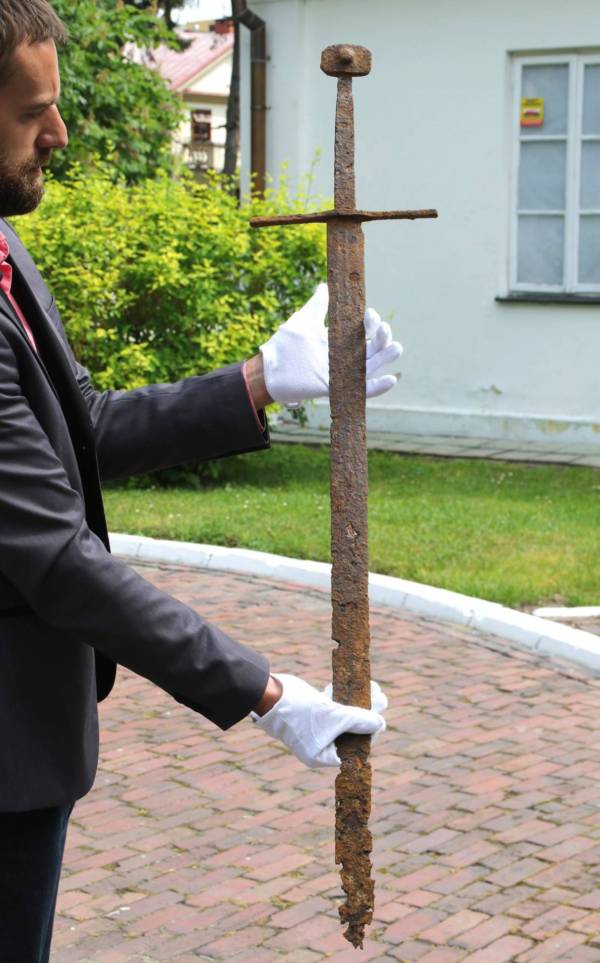 Don’t you hate it when you drop your sword into a swamp?

About 600 years ago, one knight apparently couldn’t have been bothered to retrieve his weapon when it fell into a peat-filled bog near Mircze, Poland.

The remarkably well-preserved sword was recently found by a construction worker, who donated the rare treasure to the local Stanislaw Staszic Museum.

The four-foot sword likely weighed about three pounds when it was first made, museum researchers say.

“The elongated grip was intended for two-handed use, which coupled with its long reach and light weight, made the sword an agile weapon for armored knights in battle,” notes The History Blog. “This design is typical of the 14th century.”

They’re unsure who the item actually belonged to, but an isosceles cross on the handle was likely a kind of signature for the blacksmith. 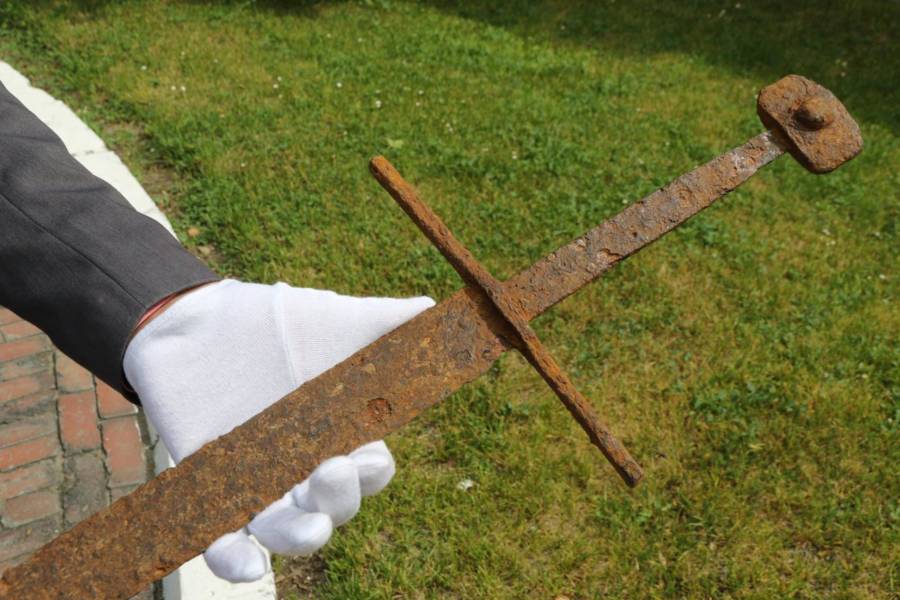 The region in question was taken over by Poland in 1366 and, a few decades later, a castle was built by a Polish governor. Many knights were employed to protect the castle, so it’s likely more items can be found nearby.

“It is worth pointing out that, while there are similar artifacts in museum collections, their places of discovery is often unknown, and that is very important information for historians and archaeologists,” Bartecki said.

Now, a team of archaeologists will explore the location (which isn’t being disclosed for fear of looters). They’re hoping to find more belongings that could be clues to the identity of this clumsy knight.

No bones so far, which rules out their early theory that the knight had fallen in.

Next, take an inside look at seppuku, the ancient samurai suicide ritual. Then, check out 21 of the world’s most bizarre weapons.