These fascinating P.T. Barnum facts reveal the story of the infamous showman who brought Barnum & Bailey Circus to the world. 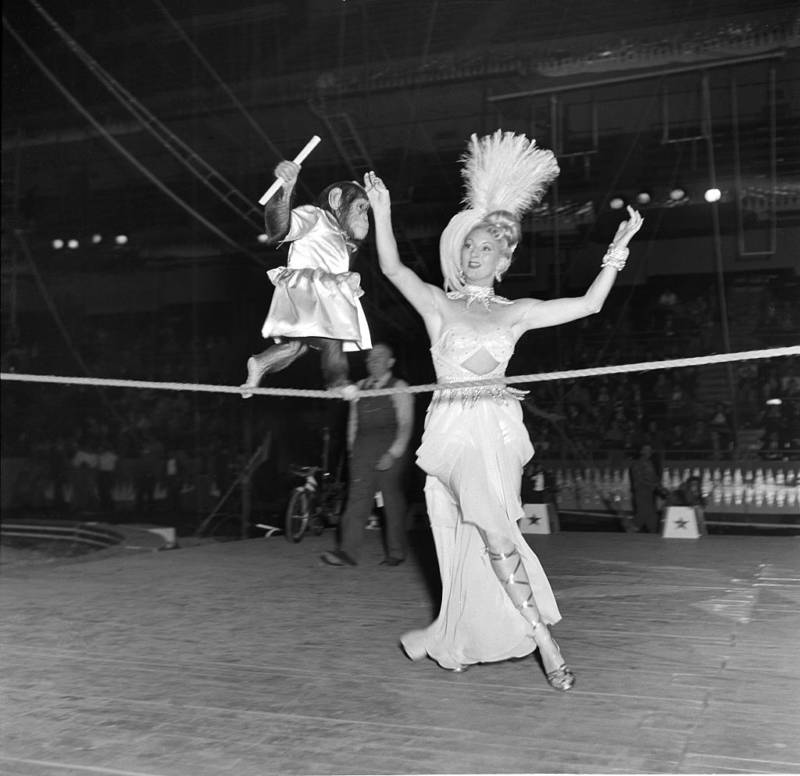 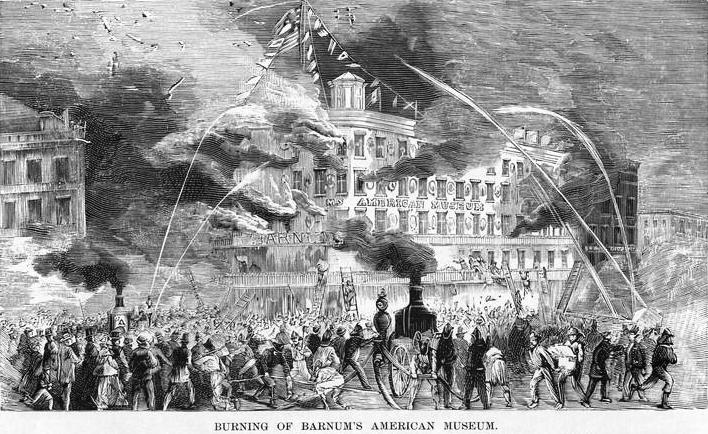 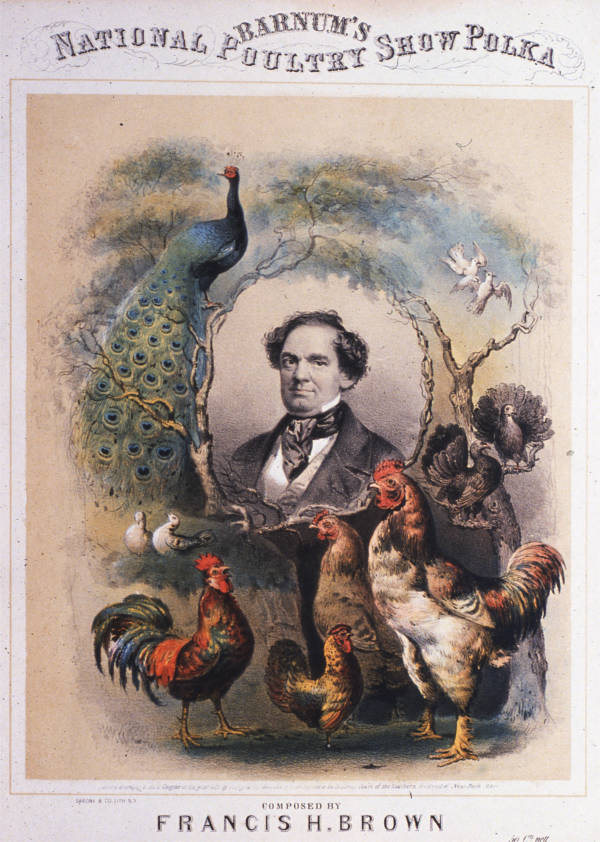 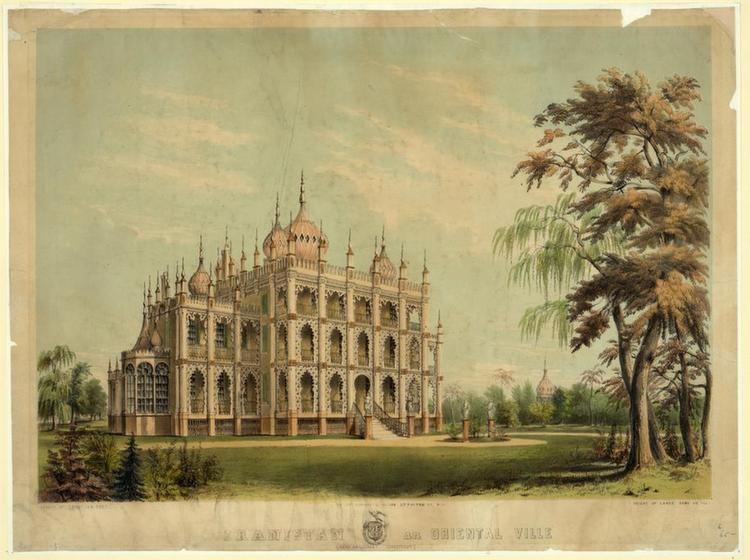 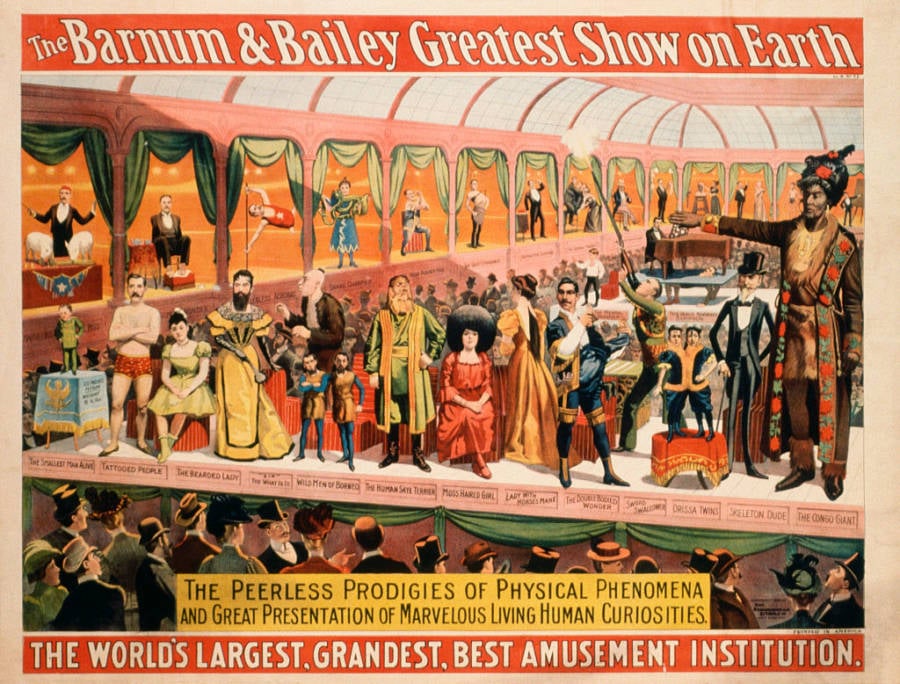 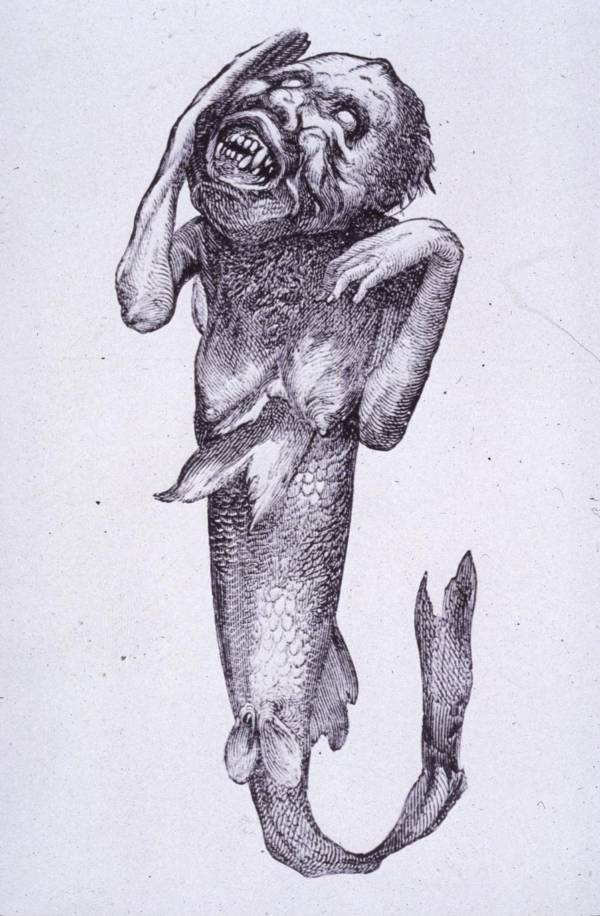 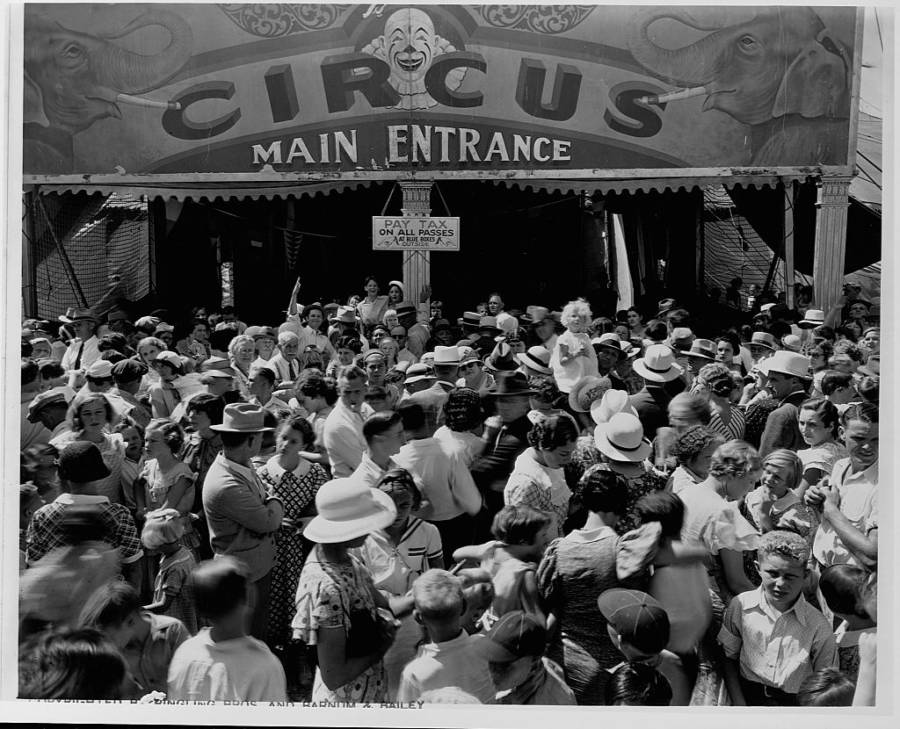 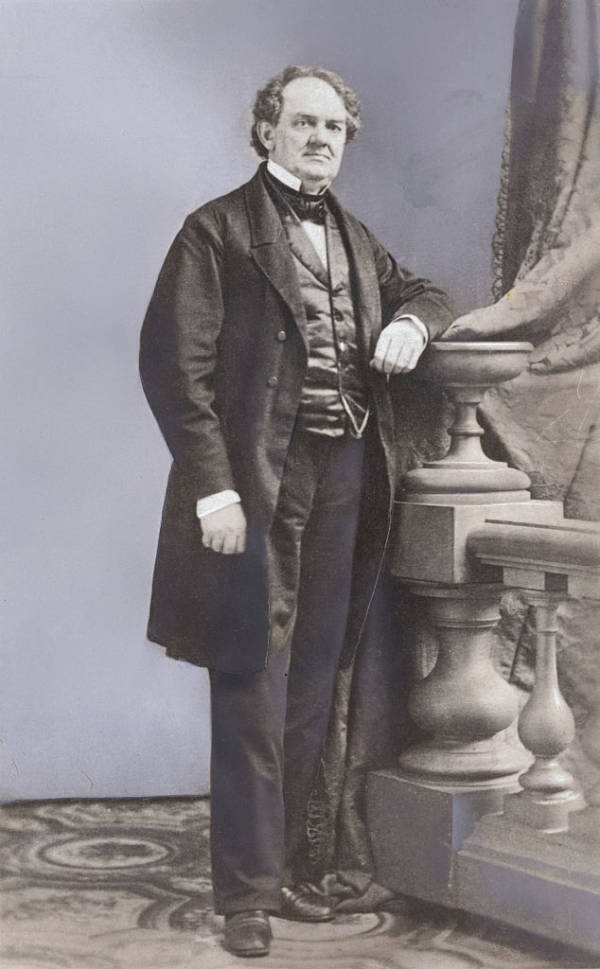 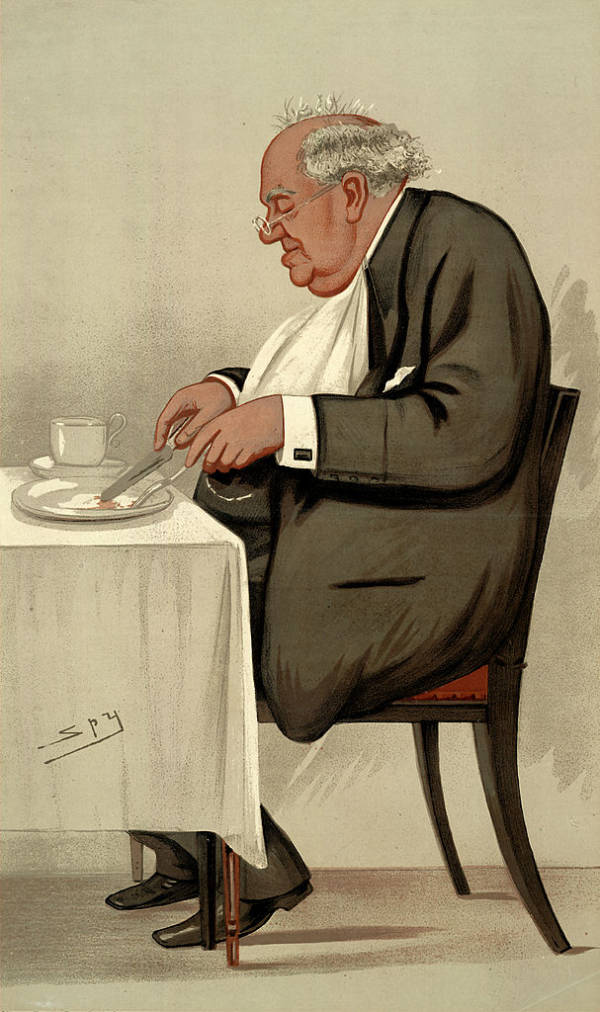 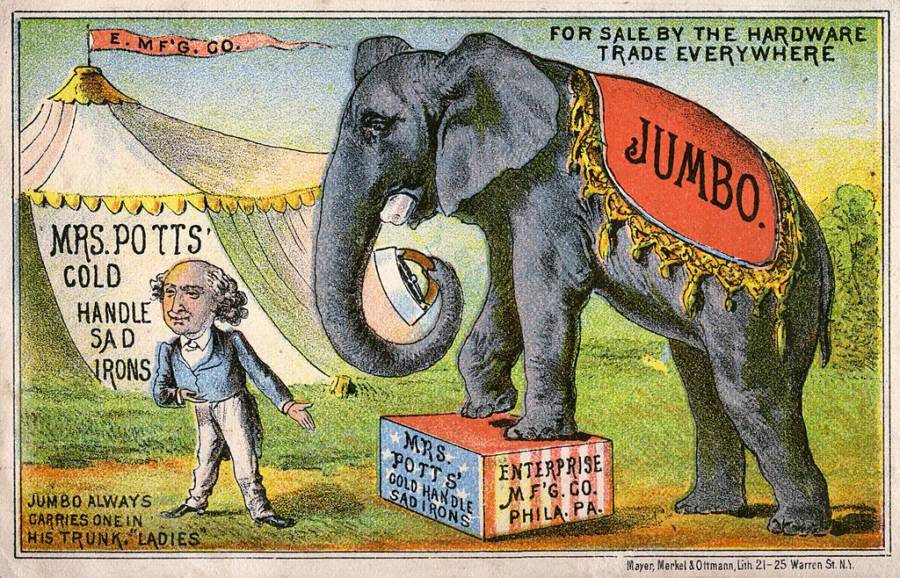 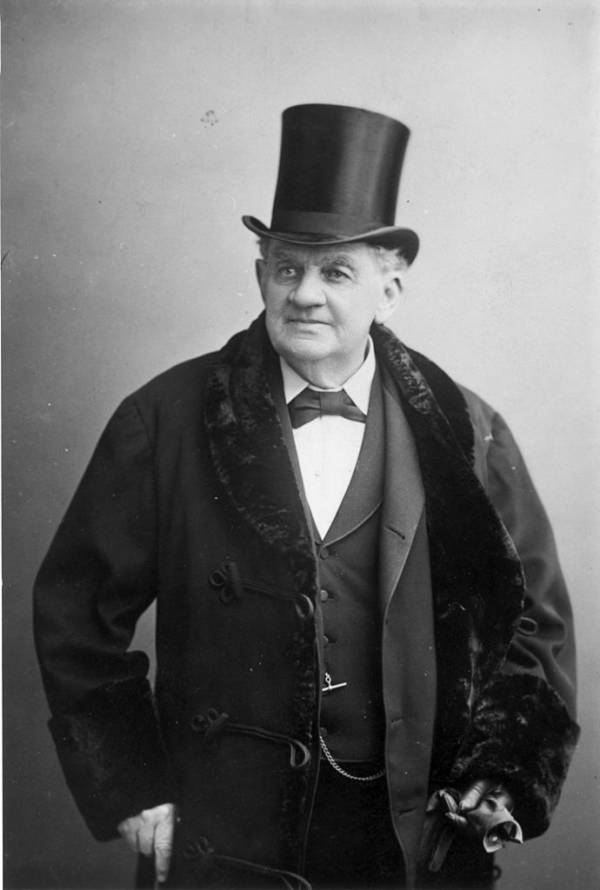 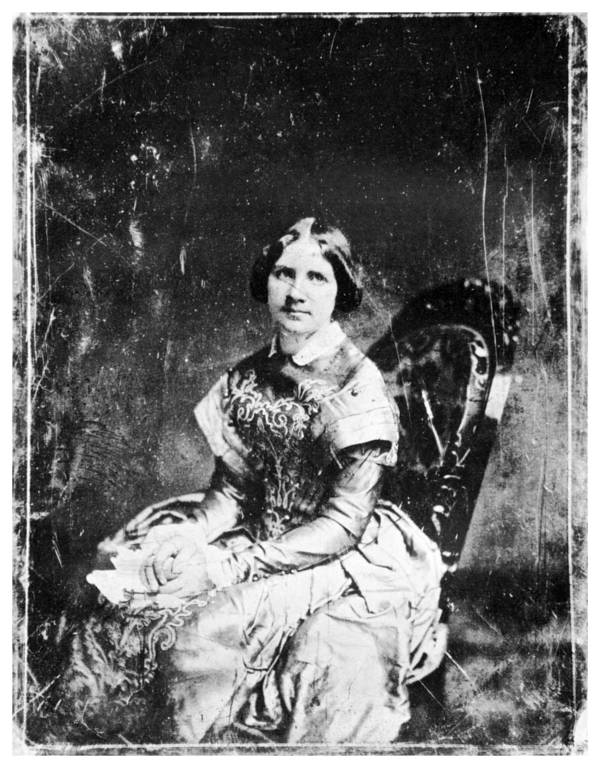 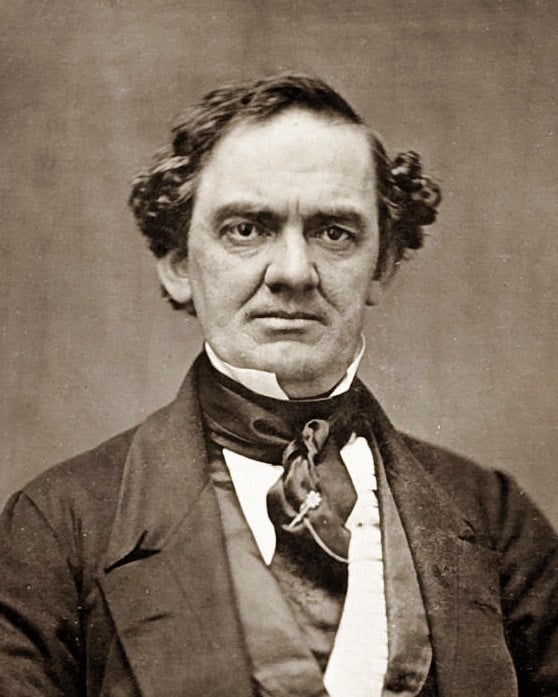 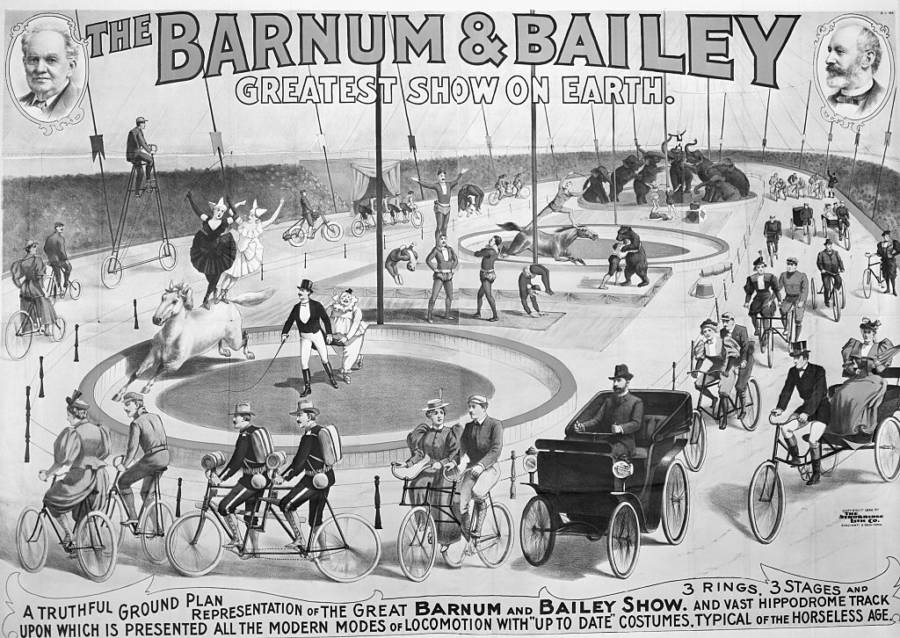 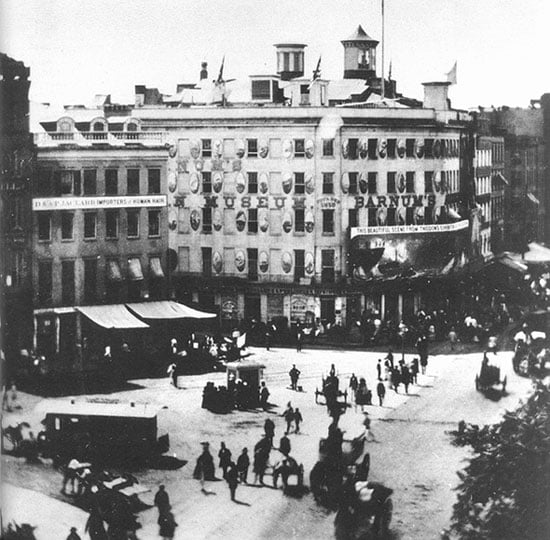 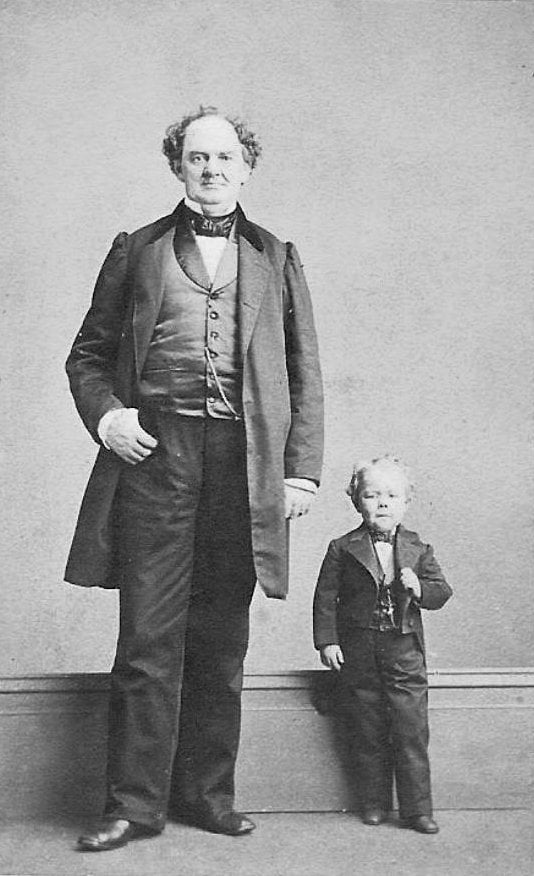 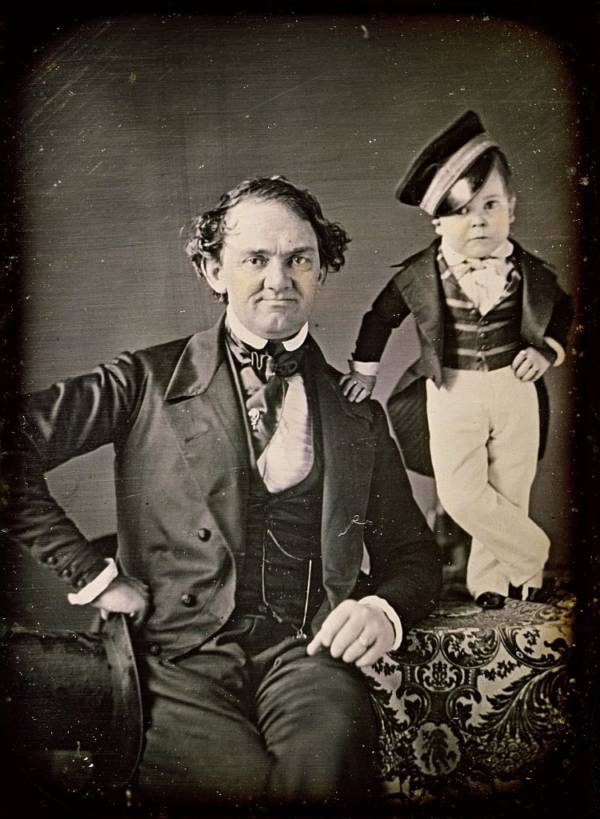 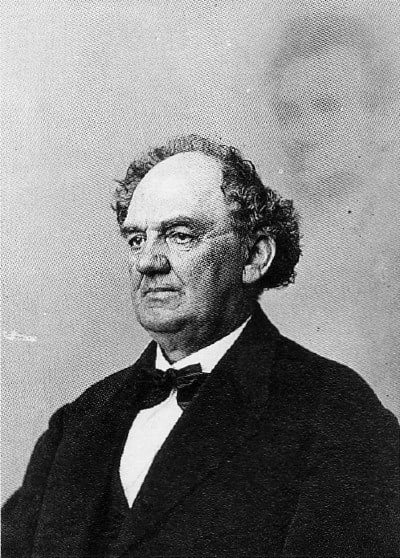 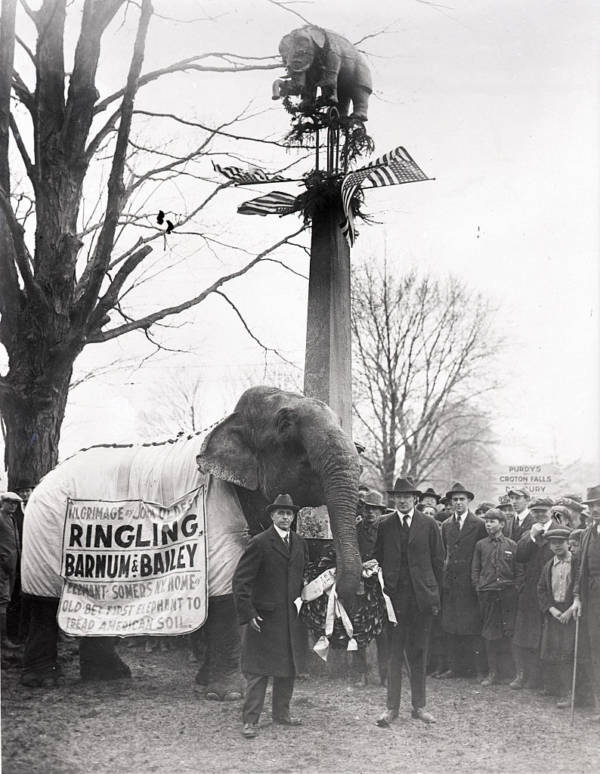 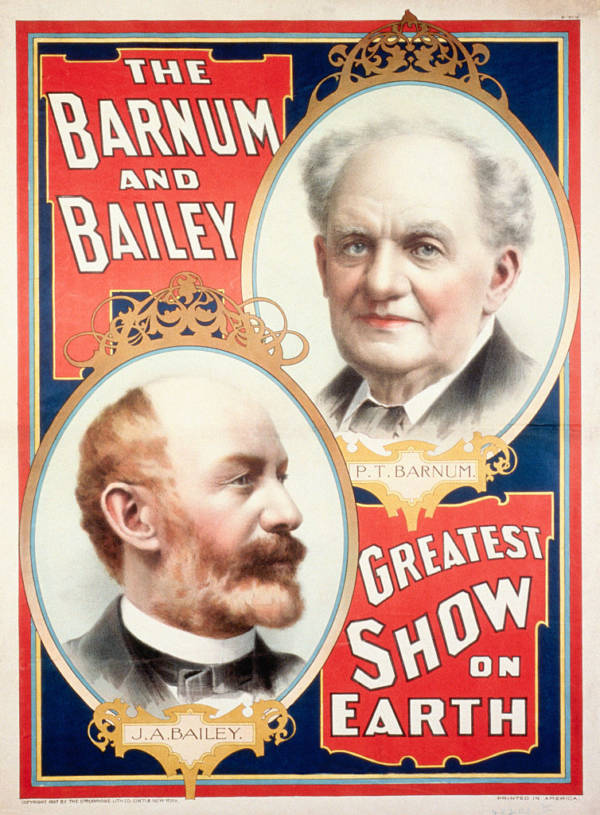 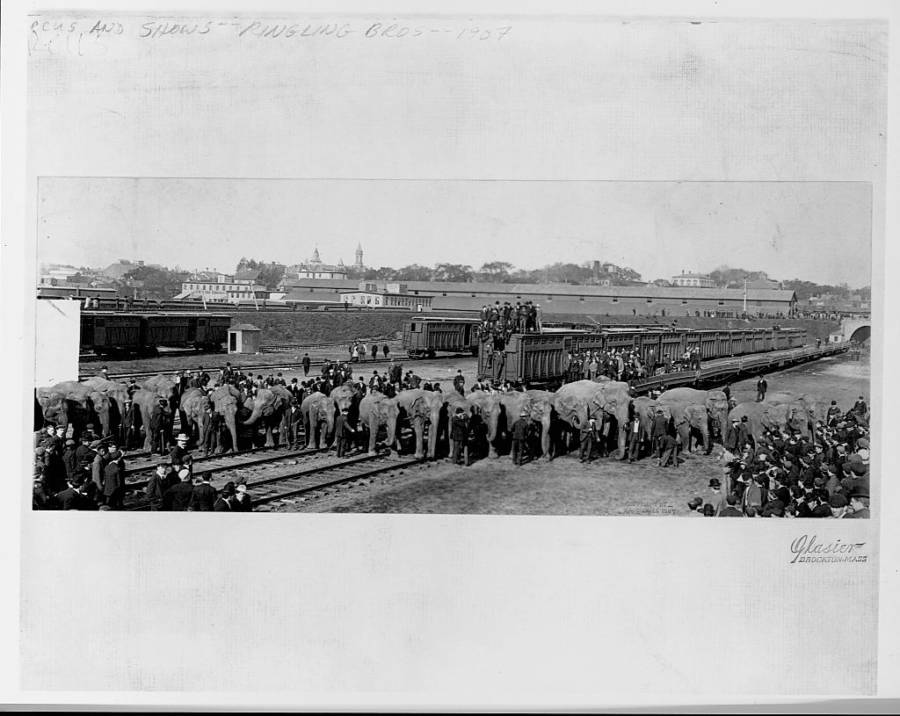 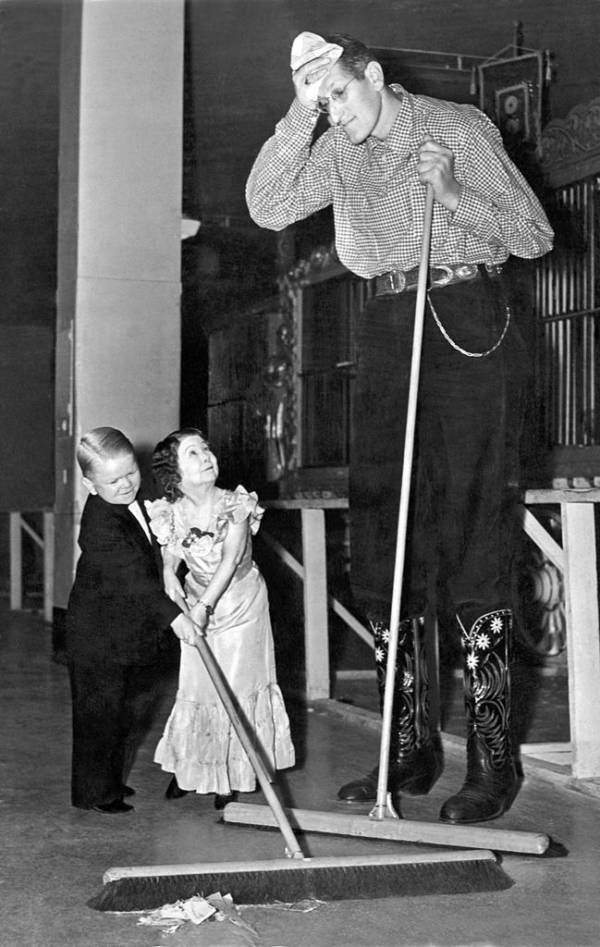 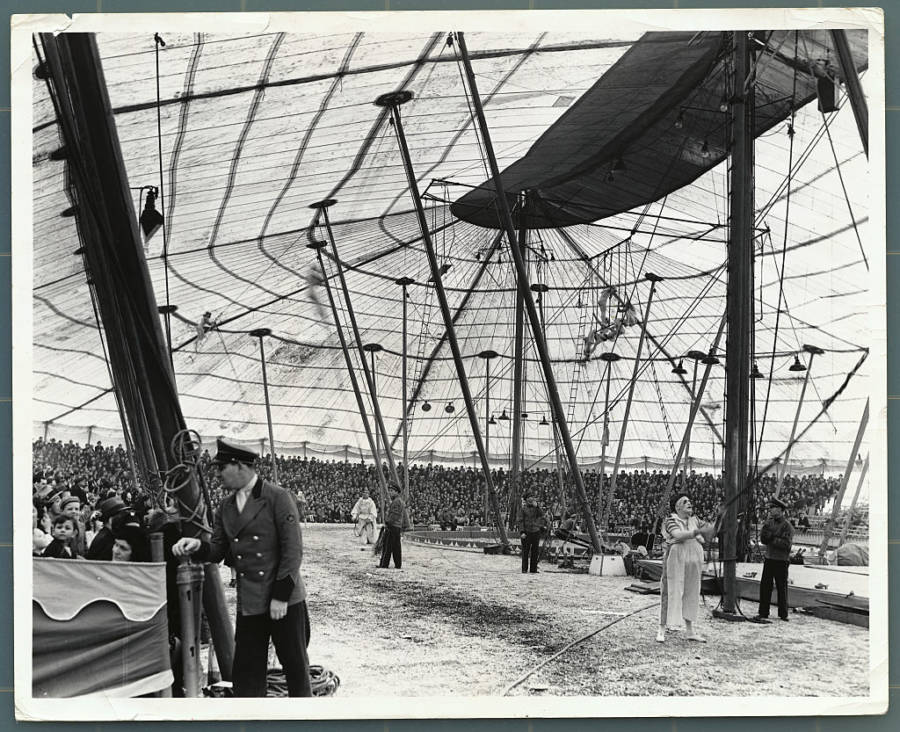 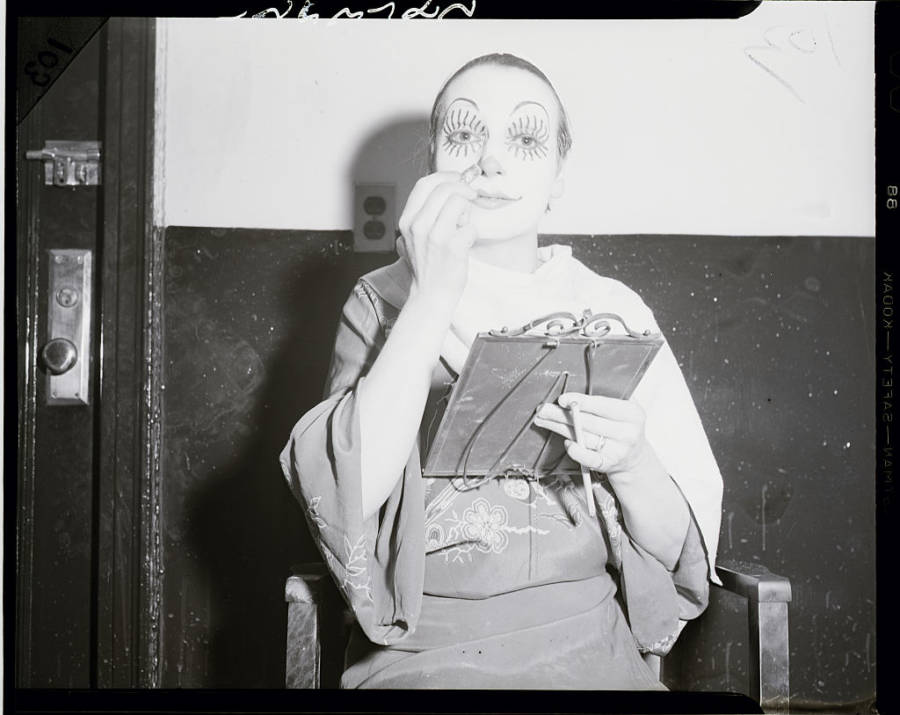 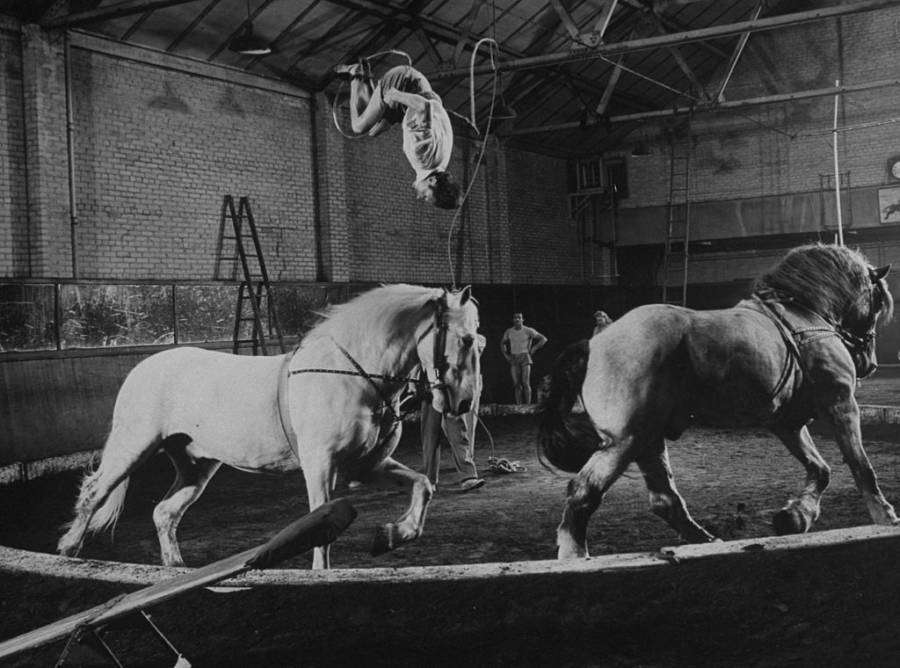 Though the phrase is widely attributed to him, Barnum respected his audience, crediting them as willing participants in fun pranks, rather than "suckers."Earl Leaf/Michael Ochs Archives/Getty Images
2 of 26

Barnum really had bad luck when it came to fire

In addition to the fire that claimed his opulent mansion, another blaze scorched Tuft University’s Barnum Hall, where his animal specimens were stored.

However, the most devastating fires of his life were the ones that burned his museum to the ground — twice!New York Public Library
3 of 26
The second time that the museum went up in flames, in 1865, two live whales were horrifically boiled alive in their tanks. Transcendental Graphics/Getty Images
4 of 26
To make matters worse, his giant palace (named Iranistan) burned down in 1857. Wikimedia Commons
5 of 26

He was a master hoaxer

Many of Barnum’s most popular acts were nothing but hoaxes, but he managed to make boatloads of money off them — even after they were exposed as frauds. So great was his showmanship that people clamored to see the famous fakes, his most notorious being the Feejee Mermaid, a creature that was a combination of a monkey and a fish.Library of Congress/Corbis/VCG via Getty Images
6 of 26
Barnum presented the creature as if it were a flesh and blood mermaid, but it was actually half a monkey sewn to half a fish. Other hoaxes included Barnum’s version of the Cardiff Giant, supposedly a petrified giant, and Joyce Heth, an old woman who Barnum claimed was the 161-year-old former nanny of George Washington.Wikimedia Commons
7 of 26
After Heth's death, Barnum set up a public autopsy of her body (charging 50 cents for admission). There, it was revealed that she was likely no more than 80. Library of Congress/Corbis/VCG via Getty Images
8 of 26

He became a politician later in life

Barnum, a Republican, was a member of the Connecticut House of Representatives between 1865 and 1869 and later became the mayor of Bridgeport, Connecticut.Wikimedia Commons
9 of 26

The university was founded by the Universalist Church and, as a Christian Universalist, Barnum was one of the school’s earliest benefactors.Time Life Pictures/Mansell/The LIFE Picture Collection/Getty Images
10 of 26
Later on, he donated his collection of animal specimens to the school. This included the stuffed elephant named Jumbo who, while alive, was part of one of Barnum’s most successful acts. Jumbo would go on to become the university’s mascot for almost 100 years until his remains were destroyed in a 1975 fire.Photo by Transcendental Graphics/Getty Images
11 of 26

Throughout most of his career, Barnum was a staunch supporter of the temperance movement. While he was mayor of Bridgeport, he instituted and enforced strict liquor laws. Other notable mayoral acts of his included cracking down on prostitution, cleaning the water supply and illuminating the streets using gaslight.Hulton Archive/Getty Images
12 of 26

One of Barnum’s most successful acts was an opera singer

Jenny Lind, Barnum's "Swedish Nightingale," is regarded as one of the finest soprano opera singers of the 19th century,

During the 1850s, Barnum made substantial investments in the Jerome Clock Company so that it would relocate to an area that he was developing. A few years later, the company went bankrupt, severely damaging Barnum's own financial well-being. Wikimedia Commons
14 of 26

His main claim to fame until then was his American Museum, where Barnum exhibited all of his attractions before getting involved with the circus.Mansell/Mansell/The LIFE Picture Collection/Getty Images
15 of 26
At its peak, the museum hosted around 15,000 visitors per day. It is estimated that Barnum’s American Museum had roughly 38 million paying customers during its lifetime. This was at a time when that number was greater than the total population of the entire country.Wikimedia Commons
16 of 26

He designed a cemetery

Another contribution that Barnum made to the city of Bridgeport was the Mountain Grove Cemetery established in 1849. As you’d expect, Barnum is buried there — as is the dwarf known as General Tom Thumb, one of Barnum's performers.Wikimedia Commons
17 of 26

Of the 82 million tickets that Barnum ever sold, Tom Thumb was responsible for more than 20 million

At 25 inches and 15 pounds, Charles S. Stratton, "General Tom Thumb," was by far Barnum's most popular act.Universal History Archive/UIG via Getty Images
18 of 26

Barnum condoned exaggeration, so long as people felt they were getting their money’s worth in entertainment. When that wasn't the case, he was willing to go to great lengths to put people out of business. He even testified in court against "spirit photographer" William H. Mumler.

For the trial, Barnum hired someone to create a picture that appeared to show Barnum with the ghost of Abraham Lincoln.Wikimedia Commons
19 of 26

His business savvy was evident even as a kid

By age 12, Barnum had sold enough snacks and rum around town to buy his own livestock. By 21, he owned a store, a lottery, and his own newspaper.Public Domain
20 of 26

"The Life of P.T. Barnum, Written by Himself" sold more than 1 million copies during Barnum's lifetime.

Barnum published new editions almost every year and instructed his widow to add a chapter about his death after he was gone.Library of Congress/Corbis/VCG via Getty Images
21 of 26

When the Brooklyn Bridge was constructed in 1883, people were so concerned about its safety that they caused a stampede, killing a dozen bystanders.

Barnum offered to lend a hand, parading 21 elephants and 17 camels across the bridge from Manhattan to Brooklyn.Glasier/Library of Congress/Corbis/VCG via Getty Images
22 of 26

Some of his most outrageous stunts were outside the circus tent

Half-joking publicity stunts included attempts to buy Shakespeare's childhood home, employ the Zulu leader who had recently ambushed a British army, and tow an iceberg from the Arctic to New York Harbor.Underwood Archives/Getty Images
23 of 26

After his first wife died, Barnum married a woman 40 years his junior

At one point, Barnum's circus employed the world's only female clown

When the Barnum circus opened at Madison Square Garden in 1939, Lulu, a 35-year old English woman, was the only female clown in the world and one of the event's main attractions. Bettmann/Contributor/Getty Images
25 of 26

He read his own obituary in the paper Nearly one and a half centuries after the 1871 founding of Barnum's original circus, the Greatest Show on Earth's final performance took place in the spring of 2017.

In honor of so many decades of entertainment, we've compiled the most interesting P.T. Barnum facts that reveal a lot you never knew about the intriguing, brilliant, fun-loving man who's creations captivated countless people.

Next after reading these interesting P.T. Barnum facts, learn about "lobster boy," the circus act turned murderer and read about some other infamous sideshow performers. Then, read the sad story of Murderous Mary, a circus elephant hanged by a Tennessee town.