Ireland’s Eerie Tree Tunnel Made Famous By ‘Game Of Thrones’

The Dark Hedges received a spike in popularity thanks to 'Game of Thrones,' but it may have been too much of a good thing. 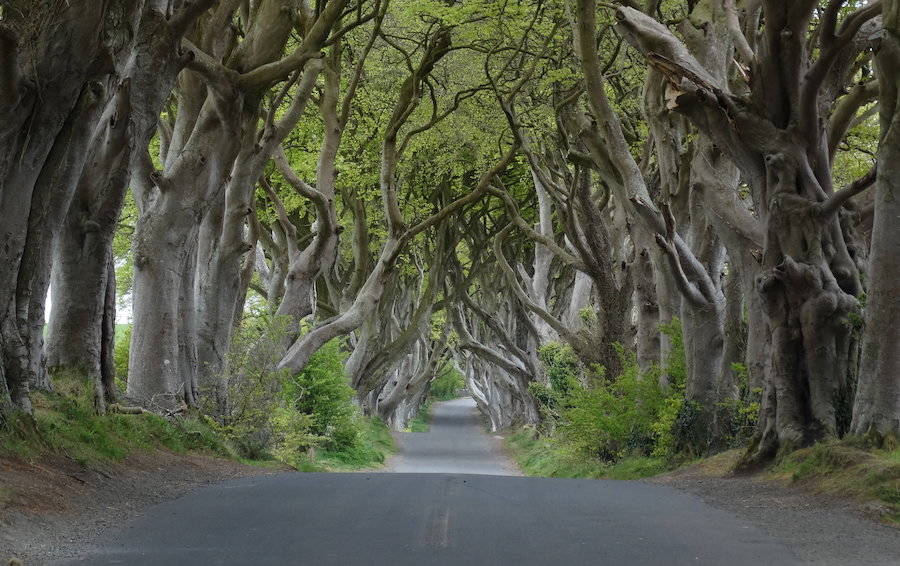 Planted back in the 18th century, the Dark Hedges are now one of the most photographed wonders of Ireland. In fact, they are so spellbinding, HBO’s Game of Thrones has even filmed there, representing the King’s Road.

How The Dark Hedges Came To Be

The beech trees lining the avenue encompass Bregagh Road near the village of Armoy in Northern Ireland were planted over two hundred years ago. Creating an eery looking tunnel, their purpose was to impress visitors on their way to the Gracehill House. Built around 1775, the Gracehill House is a Georgian mansion that royal member James Stuart had built and named for his wife, Grace Lynd.

The land was granted to Stuart’s family all the way back in the early 1600s by King James I of England and VI of Scotland. The family lined the road that led to the mansion’s entrance with over 150 of the beech trees, intending it to be a captivating feature of the landscape.

Though the trees themselves are now ancient, the Dark Hedges haven’t lost their mystifying quality. The “tunnel” blends both light and shadow, as the interlaced branches cast a heavy shade, but there is still a brilliant illumination caused by the sun peeking through the treetops.

Time has, however, diminished the number of trees that make up the Dark Hedges. Of the original 150, there are reportedly fewer than two-thirds remaining. In January 2016, heavy winds from Storm Gertrude uprooted two trees from the site. 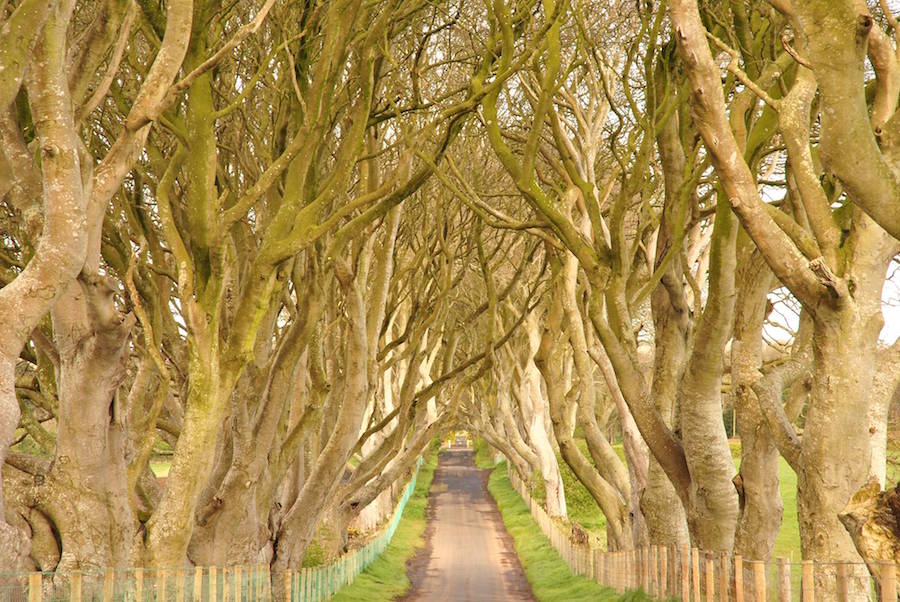 The Legend Behind The Dark Hedges

The Dark Hedges come with their own folklore. According to legend, a ghost known as the Grey Lady haunts the spooky road. She allegedly travels up and down the Dark Hedges. As she passes the last beech tree, she disappears into thin air.

Some believers of the tale say the Grey Lady is a lost spirit who came from a nearby abandoned graveyard. In this version of the legend, the graves supposedly open on the eve of Halloween, and the tormented souls of those who have been trapped underground join the Grey Lady on her trip up and down the Dark Hedges.

Others say she was actually a maid from a nearby house who died hundreds of years ago under mysterious circumstances. Then there are those who think the Grey Lady is actually the daughter of James Stuart.

Revived Attention And Game Of Thrones

Until about 2000, the Dark Hedges was not all that well known. It wasn’t until 1998 that Northern Ireland Tourist Board decided to use the attraction to promote tourism. After that, it began to thrive as a spot for visitors to venture to and even became a popular place for wedding photographs. 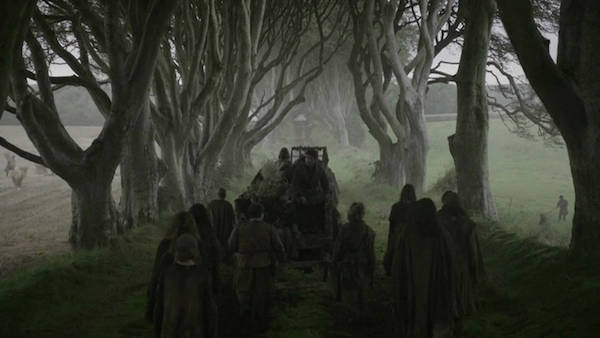 FlickrGame of Thrones on location at the Dark Hedges.

The Dark Hedges’ appear only briefly during Game Of Thrones episodes in seasons two and seven. Nonetheless, the appearances revived the site’s popularity. However, the international acclaim wasn’t the best news for the Dark Hedges.

The boom in tourism was so large that automobiles were banned from part of the road to protect the trees, which had become too popular for their own good. The order also prohibited buses from using the designated stretch of the road. The Woodland Trust in Northern Ireland supported the decision to close the road and keep the trees preserved for future generations to enjoy.

If you found this story interesting, you may want to find out how “Game of Thrones” White Walkers are made. Then read about the new seven wonders of the world.