The station was the most opulent and beautiful that New York had to offer. It was also the most impractical. 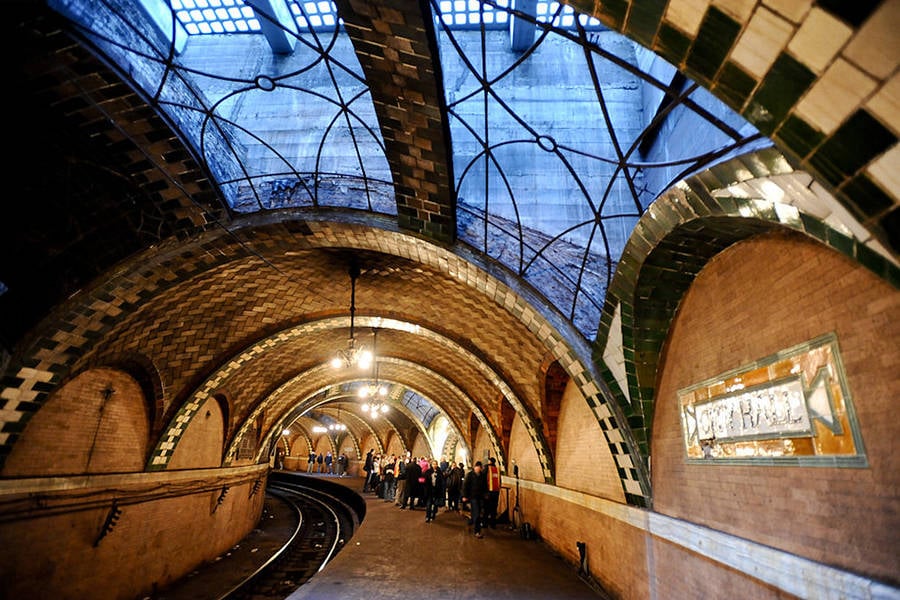 For New Yorkers who ride the New York City subway system every day, the word lavish hardly comes to mind. Most stations hold nothing more than concrete floors, fluorescent lighting, and the omnipresent smell of urine and or hot garbage.

It can be hard to imagine a time when almost all subway stations were outfitted with fine furnishings, decorated with hand-placed mosaics, and lit by natural, brilliant sunlight via ornate skylights, but when they first opened, that’s just what they were.

Today, however, there is only one — City Hall station. With its emerald green Art Deco tiling, gracefully vaulted ceilings, and ornate skylights, the station remains one of the last testaments to New York City’s gilded age. 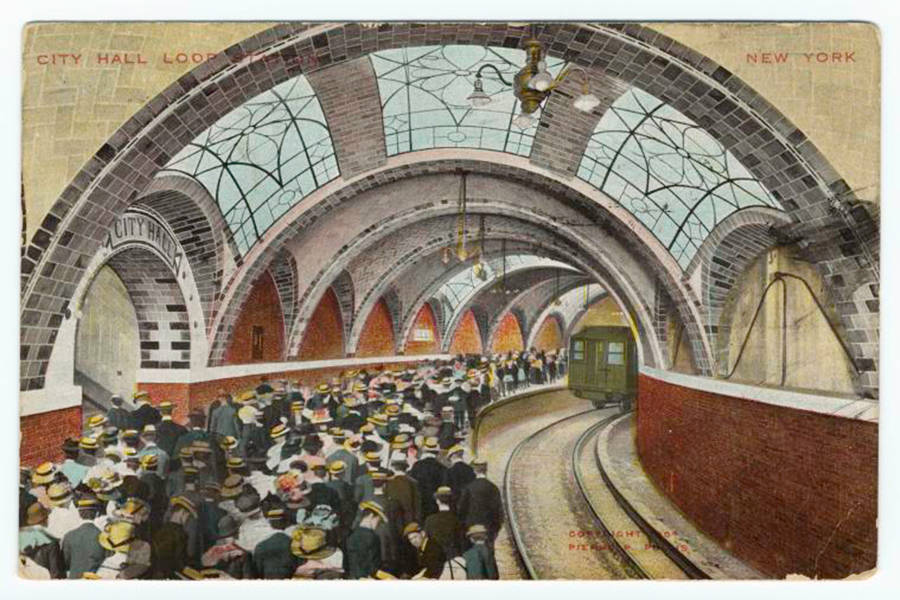 In 1904, the Interborough Rapid Transit Company opened the first subway system, to the delight of New Yorkers. Though it’s hard to imagine anyone thrilled at the prospect of riding the subway today, these 1900s New Yorkers previously relegated to crowded streetcars were elated. The idea of a smooth and fast underground transit system was inspiring, innovative, and exciting.

Keeping with the excitement, the subway stations were pristine; kept clean, monitored, and well lit at all times. The City Hall subway station was the grandest of them all. Located under Manhattan’s City Hall, and designed by NYC architects Heins & LaFarge and Valencian architect Rafael Guastavino, the station was one of the most impressive ones built. 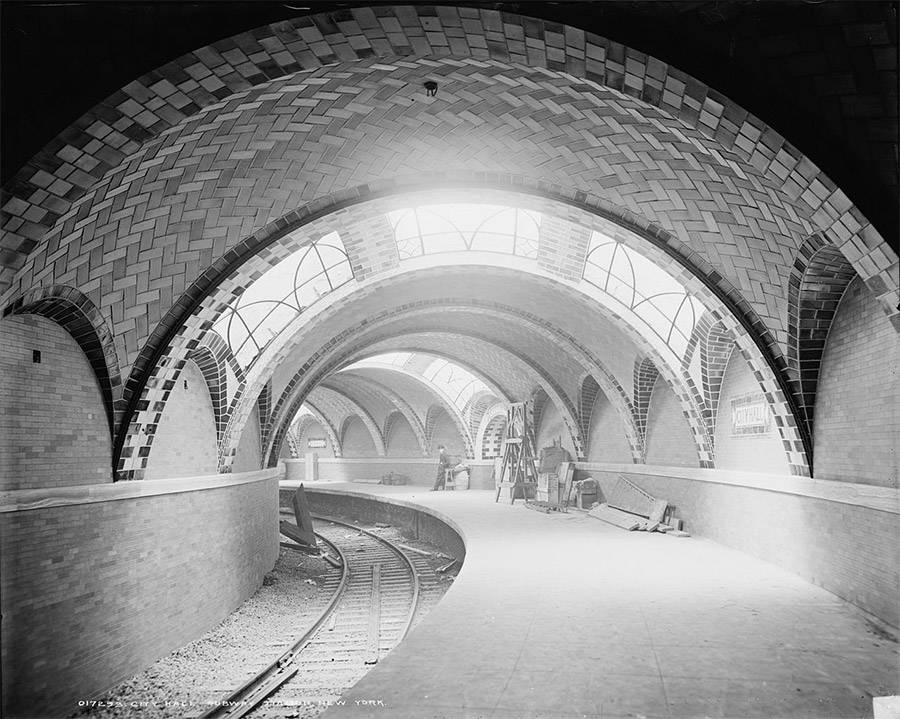 Paying tribute to Romanesque Revival architecture, Guastavino used the station to show off his signature architectural achievement — Guastavino arching. The technique resulted in lofty, vaulted ceilings supported by arches and pedestals, seamlessly tiled together to appear as one continuous piece. His work was also used in several other notable New York City buildings, such as City Hall itself, and the Manhattan Municipal Building.

As if Guastavino’s graceful arches weren’t enough, the station was also outfitted with dozens of intricate skylights that allowed natural light to filter into the station from above. In the evenings, or when the sun wasn’t shining, the station was illuminated by delicate brass chandeliers. 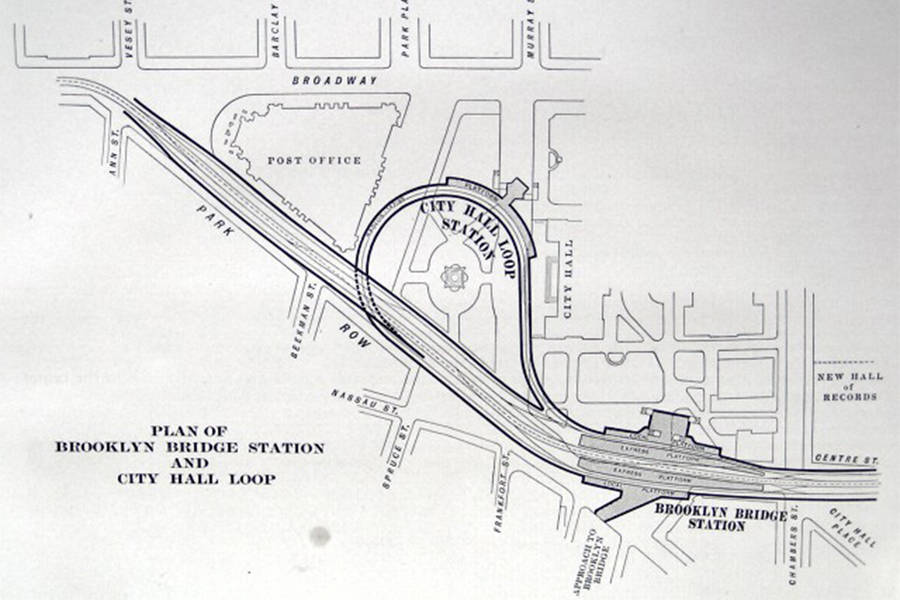 Wikimedia CommonsA map showing the City Hall station loop. The one-way direction made it difficult to get downtown or to Brooklyn.

As impressive as the station was, it was quickly deemed impractical, the beauty of the design lost on busy commuters. Though the first subway ride ever left from the esteemed station, it quickly became one of the least-used in the system.

For one, the station had no turnstiles and took more effort to enter. For another, it wasn’t on the express track.

Before there was the 4,5,6, there was the IRT, which encompassed all of the current numbered trains in Manhattan. Like the 4,5,6, the IRT ran on an express and a local track. The express stopped at the nearby Brooklyn Bridge stop, which was just a few short blocks away from City Hall. The Lexington Avenue Local (now the 6) was the only train to run through the City Hall Station.

Since Brooklyn Bridge was just a block or two away, it became inconvenient to ride a slow, stuffy train when one could just as easily walk. Additionally, the Brooklyn Bridge stop was conveniently located to several connecting streetcars, as well as, of course, the bridge.

The graceful curve of the station, once one of its biggest draws, quickly became an issue as the subway cars began to receive upgrades. As trains got longer, they were no longer able to make the turn around the station’s loop. Any cars with center doors were also out, as the curve prevented them from pulling up alongside the platform. Only cars with end doors, or modifications that allowed only the end doors to be opened, could pass through the station.

Finally, there was no way for anyone to enter the station at City Hall to get further downtown, or to Brooklyn, without first circling back to the Brooklyn Bridge station – where they would find themselves on the uptown-bound track. Thanks to the extra hassle created by the station’s loop structure, many people simply stopped using it for outbound service, and only used it if City Hall was their intended final destination. 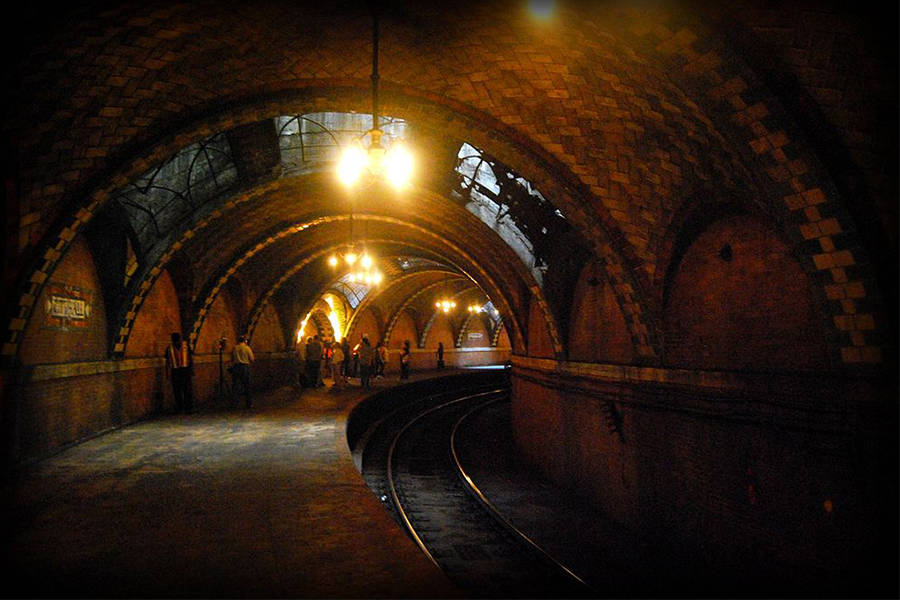 Wikimedia CommonsThe station today as seen in the evening.

In 1945, the City Hall station was officially closed. Platforms along the line were being lengthened, and the number of passengers actually using the station was incredibly few; only 600 passengers a day passed through the station’s doors.

For decades, the station sat abandoned. Then, in the late 1880’s, the New York City Transit Museum opened it up to tours for the public. On a ninety-minute walk-around, the tour guides show guests some of the remnants of the station that are still visible aboveground, such as three skylights and one wrought-iron entryway, as well as the station itself.

Of course, to get a spot on one of these coveted tours, you’ve got to be an NYCTM member and book a ticket – which usually sells out incredibly fast.

If taking a guided tour really isn’t your thing, you’re in luck. Curious tourists and New Yorkers alike hoping to catch a glimpse (albeit a very brief one) can get one by taking a ride on the 6 train.

Up until the late 90s, passengers were asked to exit the 6 train at Brooklyn Bridge station, which is the lines last official stop. The empty train then used City Hall as a turnaround only. Beginning at the turn of the century though, passengers were no longer asked to leave but simply warned to stay inside the car at all times.

Which, we recommend you do, as the subways usually take that curve at a quick 40 miles an hour.