At its peak, the Aral Sea's fishing industry employed 40,000 people. Those jobs vanished when the sea itself did.

NASA The current state of the Aral Sea as seen from space. The black border shows the largest extent of the lake in 1960.

The Aral Sea was literally a desert oasis. It was a huge natural lake along the border between Kazakhstan and Uzbekistan just east of the larger (and much more well-known) Caspian Sea. For thousands of years, the Aral Sea was home to freshwater fish and the fishermen who earned a living there. Constant flows from the Amu Darya and Syr Darya rivers kept the world’s fourth-largest lake, about the size of the entire state of West Virginia, supplied with steady streams of water.

At its peak, the Aral Sea’s fishing industry employed 40,000 people. Fishermen here caught up to one-sixth of the Soviet Union’s entire supply of fish.

Death Of The Aral Sea

The area was already a dry, arid part of the world. The Aral Sea maintained a delicate balance between a lot of evaporation due to the hot summers and replenishing waters from the rivers. The lake kept near-constant water levels if left untouched.

The Soviet Union started to siphon off both of the rivers for irrigation. The country wanted to expand its agricultural prowess and its home-grown economy. The Soviet regime didn’t want fish, it wanted wheat. 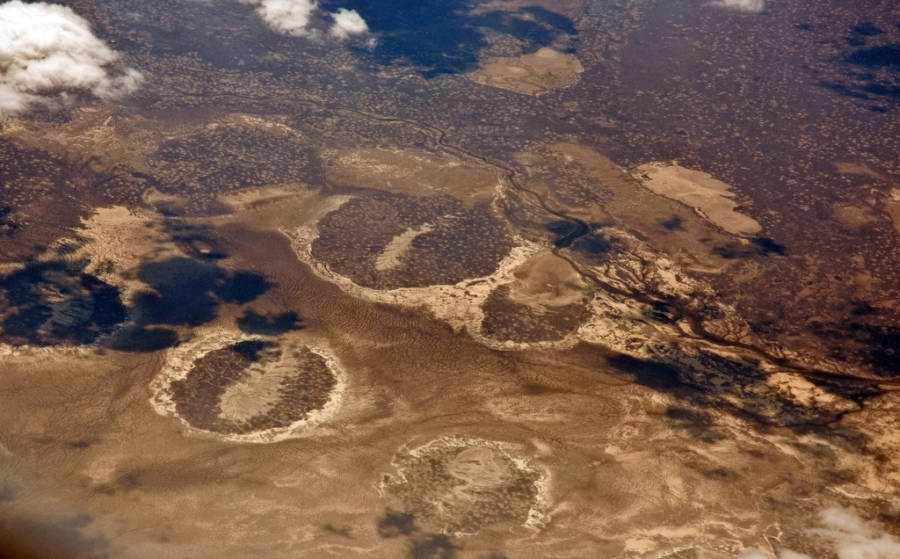 Flickr/PhillipC The parched Aral Sea from an overhead view in a plane, 2011.

In the 1960s, farmers needed water for parched farmlands and two constantly flowing rivers were the solution. The Aral Sea gradually dried up. By the 1980s both the Amu Darya and Syr Darya became parched wastelands during the scorching-hot summer months. Even worse, the Soviet’s poor irrigation practices didn’t produce what they wanted. Anywhere from 25 to 75 percent of the water diverted for farmers’ fields evaporated into the atmosphere.

Water supplies going to the Aral Sea shrank dramatically. The remaining water became increasingly salty. Fish died off, and any fishing communities were decimated. In the span of 30 years, the Aral Sea split into two distinct bodies of water to the north and the south. The world’s fourth-largest inland lake had shrunk by half. 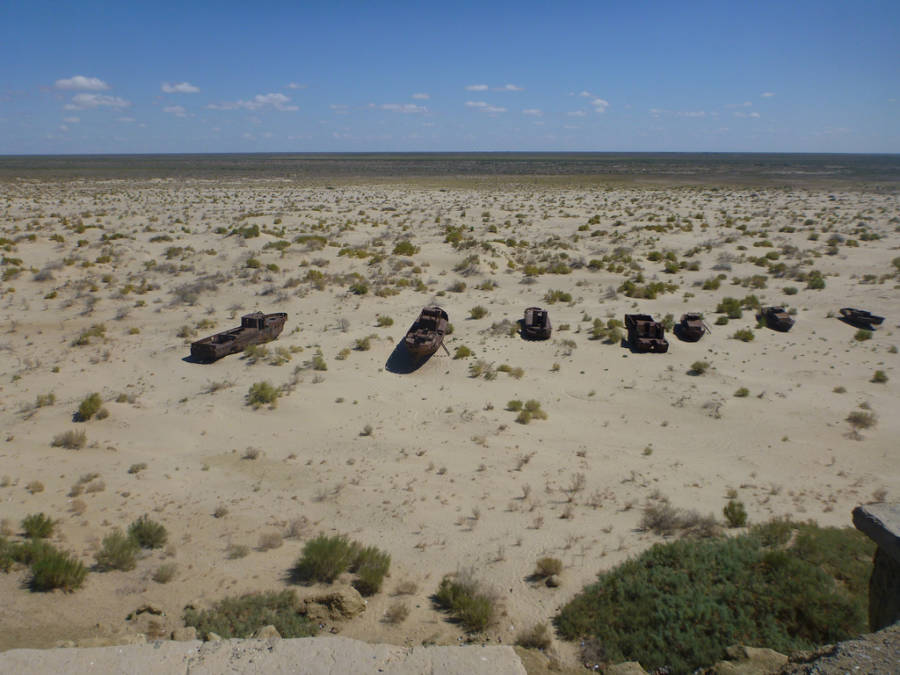 In the early 2000s, Kazakhstan decided to do something about the problem. The country completed the massive Kok-Aral dike and dam in 2005 to keep waters from flowing to the southern portion of the Aral Sea. The North Aral Sea started to have a constant flow of water.

Despite the changes made to the north, the majority of the eastern basin of the once-teeming lake largely disappeared by 2014. It was the first time in 600 years that the Aral Sea ceased to exist.

The destruction was all mankind’s fault. As of 2018, the Aral Sea is 1/10th of its original size.

Luckily, restoration efforts are taking hold. Fishing communities along the North Aral Sea are making a comeback. Fishermen haul in catches of more than 100 pounds of pike, perch and bream in just a few hours’ of work. Although this is just in a small portion of the once-mighty lake, a little progress is better than none. 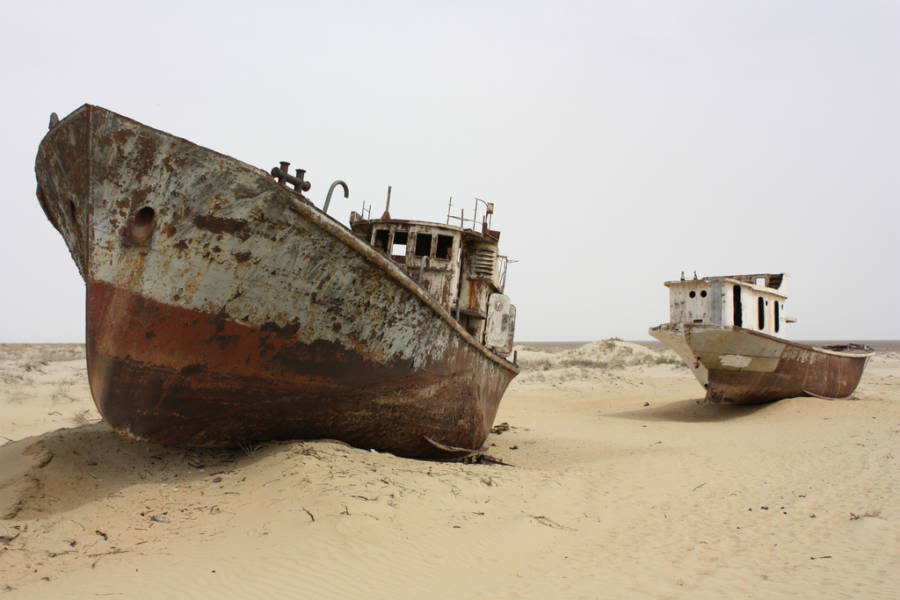 Flickr/Arian Zwegers Two rusted out hulks of fishing boats on the parched bed of the Aral Sea.

The lesson here is that humans can lay waste to the natural landscape relatively quickly. Owen Lake, north of Los Angeles near the border of California and Nevada, dried up completely in 1926 after the City of Los Angeles sapped it for the city’s drinking water.

Lake Chad, in Central Africa, spanned 10,000 square miles or larger than the state of Vermont. Irrigation canals diverted the Chari River, the feeder for Lake Chad, so farmers could have water. From 1963 to 2001, more than 95 percent of Lake Chad vanished.

Fortunately for Kazakhstan and the residents around Lake Chad, efforts are underway to restore these large bodies of water. The plan in Africa is to pump water from the famed Congo River northward to the Chari River to restore the lake. The environmental impact on the Congo River remains to be seen.

Next, check out these photos of California’s abandoned Salton Sea town. Then, check out the forgotten black cowboys of America’s wild west.