Darlie Routier told a detailed story about a man that broke into her home and stabbed her sons to death. Then cops found disturbing clues that ultimately put her on death row.

In the early morning hours of June 6, 1996, 911 dispatchers in Rowlett, Texas received a panicked call from 26-year-old Darlie Routier. She claimed that an intruder had broken into her home and stabbed her two sons, Devon and Damon, as well as herself. Her other child, an infant named Drake, was upstairs asleep with her husband Darin and both were unharmed.

When police arrived, they found Devon already dead. Damon died on the ambulance ride to the hospital. Darlie Routier herself had suffered bruises and cuts to her throat and right arm and was briefly hospitalized.

“Somebody came in, they broke in and just stabbed me and my children!” she screamed during the 911 call. 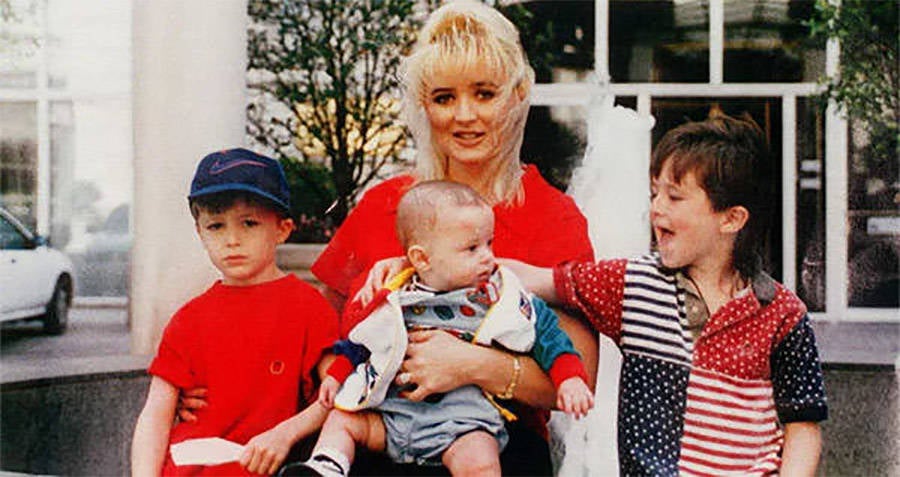 YouTubeDarlie Routier and her sons Devon, Damon, and Drake.

She described the attacker as a white male about six feet tall. Police found a window screen in the garage had been cut, suggesting an entryway for the attacker to gain access to the home.

However, holes soon began to appear in Routier’s intruder story. Not long after, infamous footage surfaced that showed her laughing and spraying silly string around her sons’ grave.

It wasn’t long before many began to wonder whether Darlie Routier had in fact killed her sons herself.

The Evidence Doesn’t Add Up 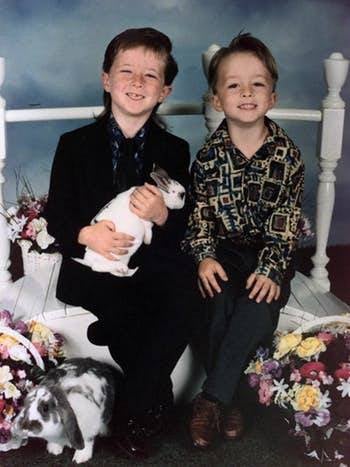 The Associated PressDevon (left) and Damon Routier in 1995.

Forensic analysis showed evidence that was inconsistent with what Darlie Routier had told the police and suspicion began to form around her.

For starters, the murder weapon was a knife that had come from Routier’s own kitchen, which raised suspicion that there had really been an intruder. Secondly, a motive for the break-in was unclear, but it seemed unlikely that it was robbery as there had been many valuables lying out in plain sight that had not been taken.

Furthermore, forensic analysis of the blood spatters around the house revealed patterns that were inconsistent with Routier’s version of events. The pattern of blood drops in the kitchen seemed to come from someone who had been standing still, not running after an attacker, as Routier had claimed she had done.

Next, blood spatter on the back shoulder of Routier’s nightshirt was consistent with the idea that she was the one who had done the stabbing. And the puncture wounds on the shirt didn’t match any wounds on her body, suggesting that the shirt was perhaps purposefully stabbed by her to help serve as evidence for her cover-up story. 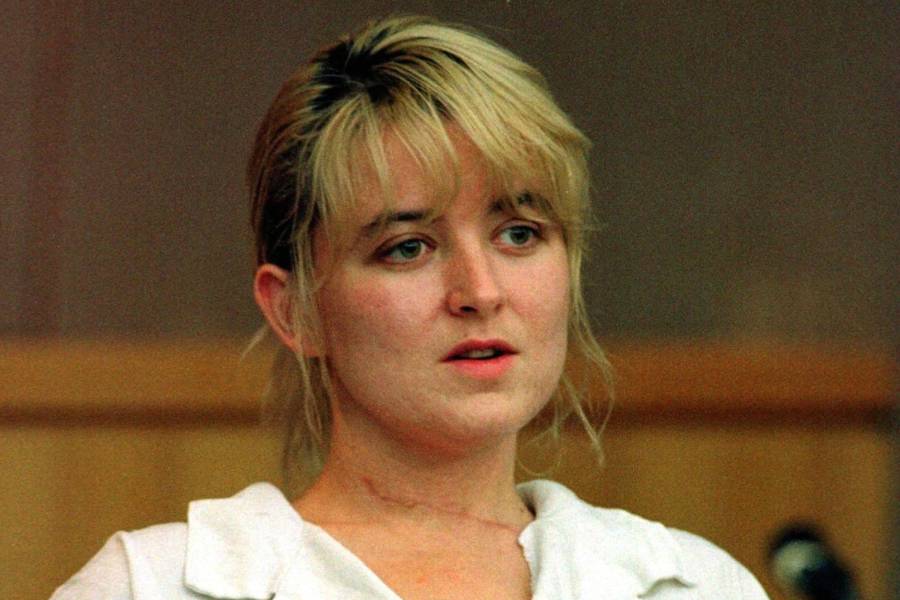 In addition, forensic analysts found evidence of large amounts of Routier’s blood in and around the kitchen sink, suggesting that she had stood at that sink to cut her own throat and arm — which is what someone who purposefully cut themselves in order to have wounds to show authorities as a cover might do.

Finally, forensic experts found evidence of fiberglass rods on a bread knife in the kitchen that matched the fiberglass rods of the window screen that had been cut in the garage. Authorities had thought that the cut screen was the supposed intruder’s entry point into the house. But why would an intruder put the knife back?

It seemed as though the attacker had been inside the house the whole time. And because husband Darin was with infant Drake the whole time, suspicion quickly fell on Darlie Routier.

For starters, the initial 911 call soon began to seem suspicious.

Officers testified that Darlie Routier seemed eerily calm and alert during the call and that she failed to follow instructions about applying pressure to Damon’s wound. (However, advocates for her innocence point to the fact that she was still audibly screaming during the call and that she may not have followed instructions because she was simply in shock.)

Perhaps even more suspicious was the fact that Routier made a point of telling the dispatcher on the call that she had touched the knife, saying, “I wonder if we could have gotten the prints maybe.”

As Officer David Waddell said at trial, “I thought if she was worried about fingerprints on a knife, she could certainly take care of her kids.”

A Dateline report on the Darlie Routier case.

Next, after the call ended and rescue workers arrived, it seemed incriminating that Routier didn’t follow paramedics as they took Damon away or ask where they were taking him. Later, hospital nurses said that her behavior upon Damon’s death just wasn’t what you’d expect from a mother who just lost two children.

In addition, her story about the intruder didn’t seem to make sense. The window in the garage where the intruder allegedly entered just wasn’t disturbed in a way that it would have been if someone had come in from the outside. And the utility room where the murder weapon was supposedly dropped just didn’t have blood spatter consistent with it being dropped there.

Nevertheless, the defense would later claim that Darlie Routier simply would have had no time to stage a crime scene and that unidentified bloody fingerprints on the coffee table and in the garage likely came from the alleged intruder.

The infamous footage of Darlie Routier laughing and spraying silly string around her sons’ grave.

Perhaps the most damning evidence against Darlie Routier was supplied by Routier herself. She had invited local news crews to film her and her family and friends celebrating what would have been her son Devon’s seventh birthday at the gravesite eight days after their deaths. Cameras then captured Routier and company chewing gum, laughing, singing, and spraying silly string over the graves.

Prosecutor Greg Davis saw the video and seized upon it as proof that she showed no grief over the death of her sons. Her upbeat behavior seemed very unusual for a woman who had lost two sons a mere week ago. Four days after the video was released, Routier was arrested and charged with premeditated murder. 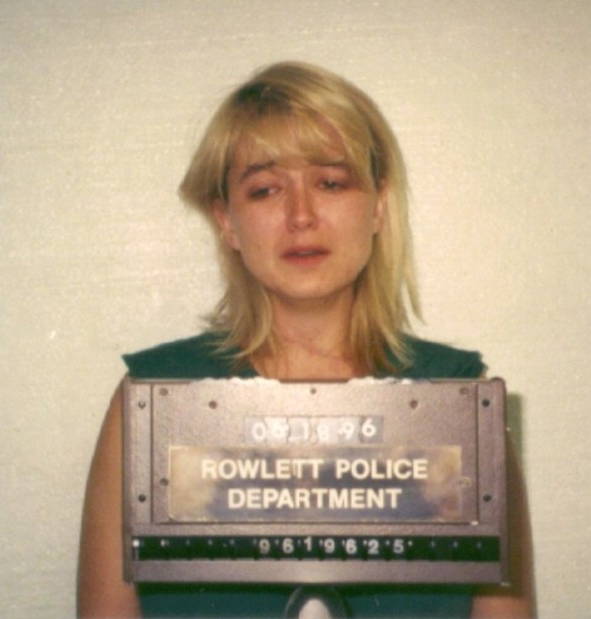 During the trial, the prosecution relied heavily on the video from the graveside birthday ceremony. They claimed she was a shallow and materialistic woman with no remorse. They said she wanted her sons gone because they were too much responsibility and got in the way of her desired lifestyle.

The defense team countered that Darlie Routier had no motive to murder her own children. The prosecution said her motive was that she “was no longer the glamorous, blond center of attention” and was angry at her kids.

Furthermore, the defense said, the wound on her neck was only two inches away from her carotid artery, which was not consistent with a self-inflicted injury.

Routier’s supporters also pointed out that the silly string video had been edited to make her appear heartless. She had actually held a somber ceremony honoring the two boys before the more jovial birthday party. However, the news cameras never showed it.

“They ended up deliberating on the Silly String,” Routier’s mother Darlie Kee later told The Dallas Morning News. “Silly String is not a lethal weapon.”

As Routier herself later said about the video, “He wanted to be seven. I did the only thing I knew to do to honor him and give him all his wishes because he wasn’t here anymore. But how do you know what you’re going to do when you lose two children? How do you know how you’re going to act?” 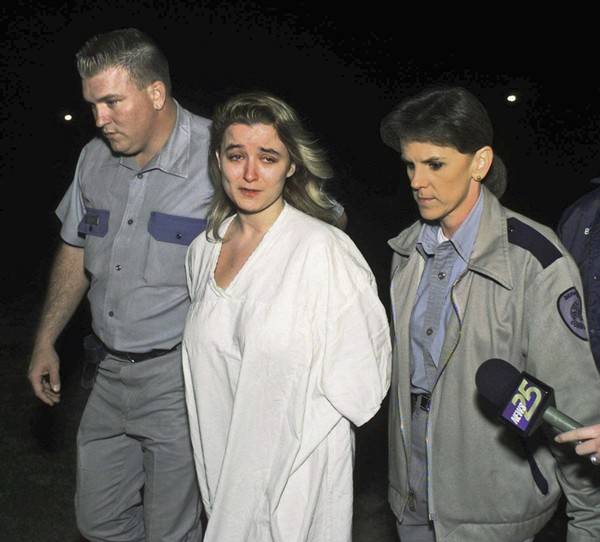 Ultimately, after the prosecution and defense battled it out, Darlie Routier was found guilty of the first-degree murder of Damon on February 4, 1997 and sent to death row.

After years of legal wrangling, Routier appealed her conviction in 2001 — only to have it upheld in 2003. Four years later, her attorneys asked that DNA testing — which they feel will exonerate her — be used, though that has yet to be done.

Those who believe Routier is innocent often cite the lack of DNA evidence and the fact that a bloody sock, presumably belonging to the supposed intruder, was found in the alleyway behind the family home (among other pieces of evidence). 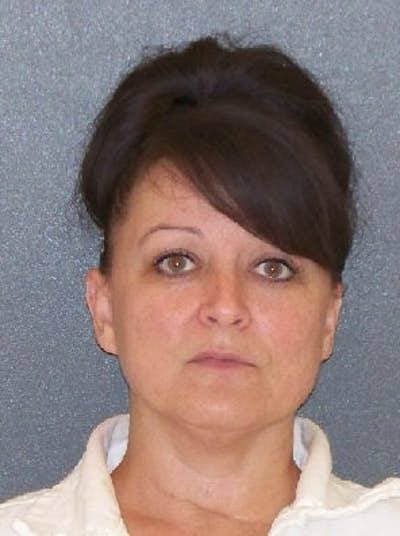 The Dallas Morning NewsDarlie Routier in 2018.

Whether innocent or guilty, she is currently being held at the Mountain View Unit prison in Gatesville, Texas, awaiting execution. To this day, Darlie Routier maintains that she is innocent.

As she said from prison just after her sons’ deaths, “I did not kill my children. That’s ridiculous. All of a sudden I woke up, stabbed my kids, tried to slit my head off? Come on.”

Whether that’s true or false may never be known for sure.

After this look at Darlie Routier, read about Nannie Doss, who spent decades murdering relatives and husbands. Then discover how Gypsy Rose Blanchard killed her mother Dee Dee.