David Bawden believed that the Catholic Church hadn't had a real pope since 1958. So he decided to take action. 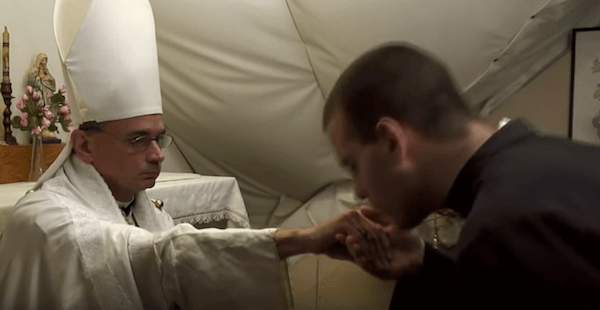 To David Bawden, Kansas isn’t just the Sunflower State; it’s the Holy See. Bawden is convinced that since Pope Pius XII died in 1958, the church has been led by a series of fraudulent popes. He believes that the real leader of the church is Pope Michael – the name he gave himself at a makeshift papal conclave.

On July 16, 1990, operating under the assumption that there was no current legitimate pope, David Bawden held a papal conclave in Belvue, Kan. and was elected by six people (including himself and his parents) to be the new pope.

Bawden, born on Sept. 22, 1959 in Oklahoma City, and was brought up by devout Catholic parents. From a young age, he felt priesthood calling him. But at the same time, he was disenchanted with the Second Vatican Council. Ecumenical councils of the Catholic Church have existed for 2,000 years. They are assemblies of church officials nominated by the pope in order to define doctrine and truths of the faith.

The Second Vatican Council, also called Vatican II, opened in Rome on Oct. 11, 1962 under Pope John XXIII. Its result proved to be a momentous and radical change in the Catholic Church, as it sought to reshape the institution for the modern age.

It did away with Latin Mass, allowing priests to celebrate Mass in the native language of their own countries and established greater toleration of religious freedom. As theology professor Christopher Baglow said, “The church began to look closely at the ways with which modern thinkers tended to promote human dignity and showed how they and the Gospels are complementary.”

This didn’t sit well with David Bawden or his family. As a reaction to what they saw as a betrayal by the church, in the 1970s the Bawdens started following a traditionalist movement founded by the French Archbishop Marcel Lefebvre called the Society Of St. Pius X.

David Bawden attended a seminary run by the society in Armada, Mich. in 1978. For what he has only described as “infighting,” Bawden was dismissed from the society.

That’s when he decided that if the true Catholic Church was to be taken back, he’d have to do it himself.

“I started just buying books, put myself in the hands of the Holy Ghost and just started studying,” he said.

He co-wrote a book with a woman named Teresa Stanfill-Benns called, Will The Catholic Church Survive The Twentieth Century?

The authors argue that with the death of Pius XII, the Catholic Church died also, as subsequent popes had abandoned the traditional teachings of the church. Therefore, Bawden, concluded, it needed a new pope.

Which led to the shotgun “papal conclave” on July 16, 1990. The Bawdens – David and his parents – and three followers gathered in a modified thrift store and elected him to the “papacy.” The small group in Belvue, Kans. declared the traditional message of “Habemus papam,” or, “We have a Pope.”

The name Pope Michael was a homage to Archangel Michael, Bawden’s religious hero.

The power of being “pope” wasn’t lost on Bawden. He said it hit him on the drive home after his election. “We’re about halfway back, and I realized I’m now responsible for six billion souls on Earth.” 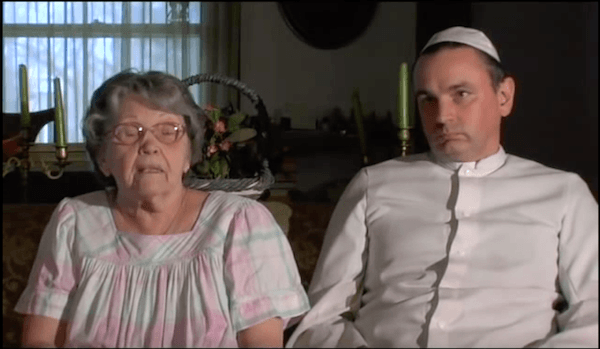 YouTubeDavid Bawden and his mother, who is also one of his followers.

Head Of The Catholic Church

But ever since, Pope Michael has upheld his responsibility as “pope.” Living with his mother in Delia, Kan., Bawden’s church is run primarily on family money and donations. He holds prayer meetings, performs the Stations of the Cross, maintains his own website, and corresponds with people interested in the church.

On his website, called Vatican in Exile, Pope Michael posts videos and a newsletter. He also keeps active social media pages to engage people with the church and attract new followers.

The site’s homepage proclaims, “Welcome to the Vatican In Exile website. This website is under the authority of the Pope Michael, who is pope of the Catholic Church.”

He said he has about 30 “solid” followers, with others who have come and gone throughout the years.

In 2010, a feature-length documentary called Pope Michael chronicled the life of Bawden and his seminarian, Phil Friedl, who was a toddler when Bawden became “pope.”

To David Bawden, the best thing about being “pope” is “that I can never be outside of the church,” he said. “The teachings say that the Pope can never be exiled from God.”

Next read about the strange death of Pope John Paul I. Then check out these 20 quotes by Pope Francis on climate change.