Rep. David Stringer stands by his comments and denies allegations that he's racist. 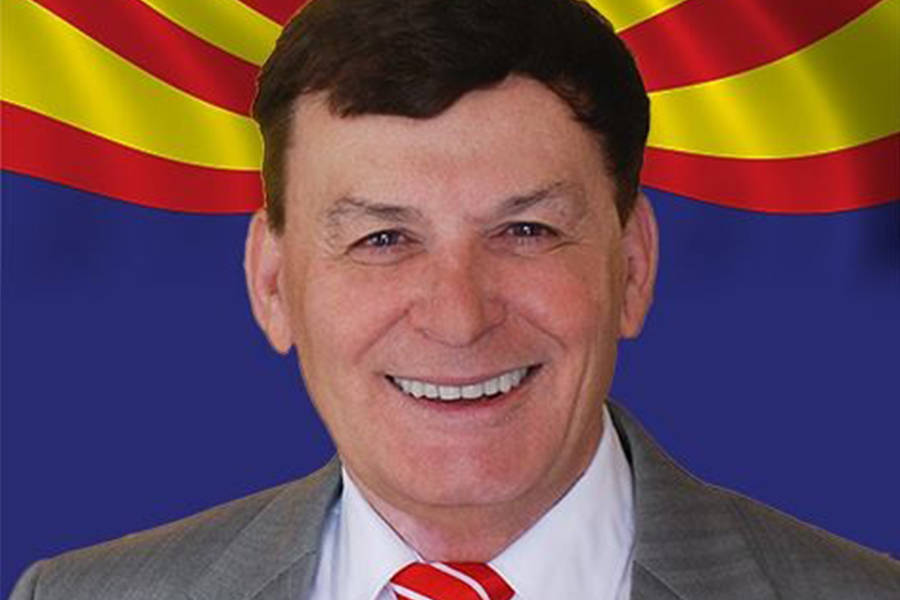 A lawmaker in Arizona is under fire after making a statement in which he referred to immigration as an “existential threat” and warned that “there aren’t enough white kids to go around” in Arizona public schools.

State Representative David Stringer made his remarks during a June 11 meeting of the Yavapai Republican Men’s Forum. A clip of his speech went viral after being posted to Facebook and Twitter by David Schapira, a Democratic candidate for Superintendent of Public Instruction.

An AZ legislator made these overtly racist comments about our students. It's time to remove xenophobic radicals from elected office this November! We deserve leaders who understand we're a nation of immigrants who bring a diversity of experiences & ideas. https://t.co/P5I9QpUHDI pic.twitter.com/NSrJS2WZA3

In the clip, Stringer mentions President Donald Trump, and boldly claims that immigration is “politically destabilizing,” calling it “an existential threat to the United States.” He warns that if nothing is done, the country will be a “very different” one.

“Sixty percent of public school children in the state of Arizona today are minorities. That complicates racial integration because there aren’t enough white kids to go around. And when you look at that 60 percent number for public school students, just carry that forward 10 or 15 years. It’s going to change the demographic voting base of this state. And that’s what’s going on around the country.

Immigration is politically destabilizing. President Trump has talked about this. Immigration today represents an existential threat to the United States. If we don’t do something about immigration very, very soon, the demographics of our country will be irrevocably changed and we will be a very different country. It will not be the country you were born into.”

Following the outrage after his speech, Stringer defended his remarks by saying they were an attempt at honesty, and denied that he is racist.

“I maybe touched a third rail of politics but what I said is accurate,” he told the Arizona Capital Times. “Anybody that talks about this in this way is shut down and called a racist. I’m speaking the truth. Diversity may be a great thing, there might be a lot of advantages, I’m not arguing against diversity at all, but no country can be demographically transformed without any political or social consequences.”

Stringer also said that the country’s immigration rate over the last few decades has “gotten out of hand.” He added that the rate leaves people without enough time to assimilate, which he feels will lead to unrest and changes in the country’s social and cultural identities.

“This is unprecedented in world history,” Stringer said. “We kind of take it for granted because we see it all around us. But it is unprecedented for one society to demographically change in such a short amount of time.”

“Stringer’s racist and paranoid comments that we must protect the white race or America will be taken over are dangerous, fear mongering and hateful,” she said in a statement. “That he thinks it’s acceptable to attack children in our schools is despicable and he should be ashamed. It should go without saying that all children deserve an education, regardless of their skin color.”

Still, Stringer stands by his comments.

“Race is a difficult issue we have not yet resolved in this country and we should be able to have an honest conversation without being called out as a racist,” he said.

Next, check out this map that shows how immigration has changed over time. Then, take a look at these photos of Ellis Island that capture the diversity of immigrants in America.