The Mysterious Fate Of Saddam Hussein’s First Wife And Cousin

After the beginning of the Gulf War, Sajida Talfah disappeared, never to be seen again. 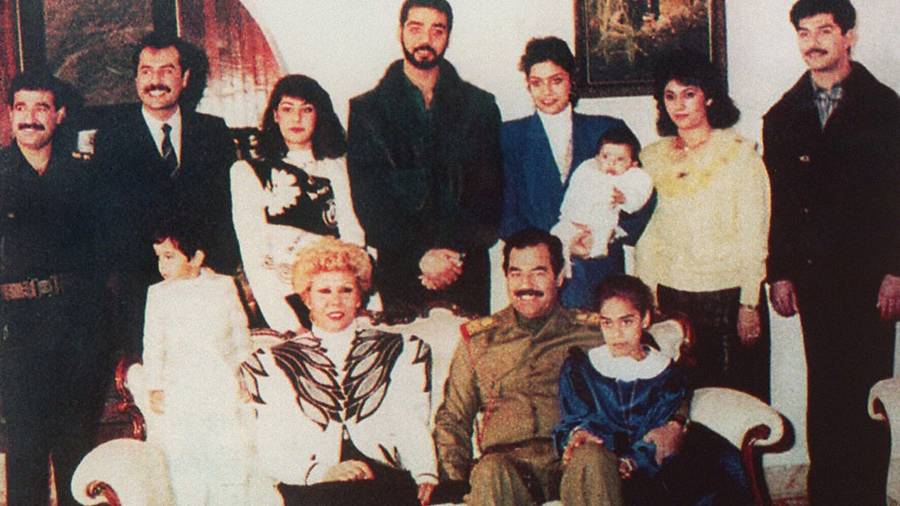 Wikimedia CommonsSajida Talfah and Saddam sit surrounded by their family.

Very little is known about Saddam Hussein’s first marriage to Sajida Talfah. Given that, it is hard to separate the fact from the hearsay. Often, the little that is known concerning his wife is just as disturbing as the worst rumors.

For starters, Saddam Hussein and Sajida Talfah’s marriage was an arranged one, negotiated by their parents when they were not yet ten years old. Although this seems like a medieval practice by modern Western standards, arranged marriages are still fairly common in many Muslim countries.

However, Sajida was also the daughter of Saddam’s uncle, making the pair first cousins as well as spouses: another common practice in some parts of the world, but one that leads to documented medical problems in addition to slight discomfort in polite society.

The couple were wed around 1963 (the exact date is unknown) and went on to have five children: Uday, Qusay, Raghad, Rana, and Hala. By most accounts, Sajida, who had been a school teacher before marrying her cousin, reveled in the social status that her husband’s high-ranking position in the Iraqi government brought her.

Sajida Talfah donned designer clothes from Europe, wore expensive jewelry, and dyed her dark hair blonde. One woman who met the first-lady of Iraq noted that since she “aspired…to be light-skinned” she coated her face with so much powder that it looked like “someone had thrown flour” on her. Shopkeepers in Baghdad allegedly dreaded a visit from Saddam’s wife since she rarely paid full-price for anything despite “all her riches, which were basically stolen from the Iraqi people.”

Other accounts claim that Sajida was just as violent and greedy as her husband.

One woman who had contact with the Hussein household described her as “a cruel woman who mistreat[ed] her house servants” and once chained her own dog in the hot sun in an attempt to kill him of thirst as punishment for biting her.

Saddam was careful to ensure only positive images of him as a doting father and husband were released to the press, claiming in one 1978 interview, “the most important thing about marriage is that the man must not let the woman feel downtrodden simply because she is a woman and he is a man.”

Of course, like most else Saddam presented to the outside world, this respect for Sajida Talfa turned out to be a sham. Rumors of the dictator’s many affairs had been popping up for years and one mistress held a particularly special place in his affections: Samira Shahbandar. The fact that both Hussein and Shahbandar were both already married to other people did not stop them from (supposedly) getting secretly wed in 1986.

Shahbandar’s husband wisely stepped aside, but Sajida was not so easily placated. 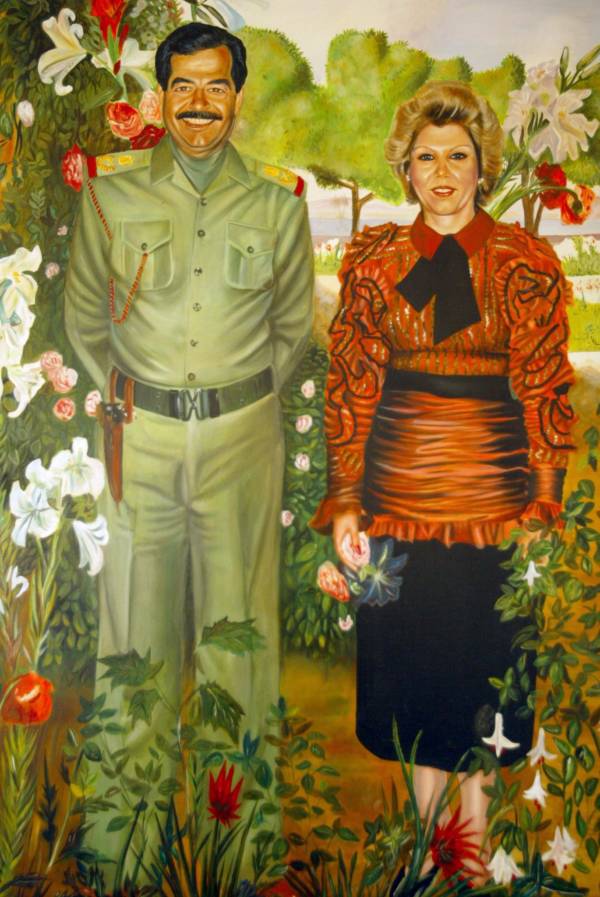 Whether Saddam has actually taken a second wife or not, he and Shahbandar began making public appearances in the late 1980s, enraging Sajida and her family. Adnan Khairallah, Saddam’s brother-in-law (and first-cousin due to Sajida’s incestuous marriage), was very vocal about the dishonor showed to his sister. He was suddenly silenced when he was killed in a “freak” helicopter crash; years later one of Saddam’s bodyguards admitted he had planted explosives on the chopper at the dictator’s orders.

Many members of the Hussein family were forced to flee Iraq during the Gulf War, only to return after it’s conclusion. Sajida had to abandon her life of luxury for good in 2003 (just before the bombing of Baghdad), although it is still unknown where she ultimately wound up.

She reportedly sought asylum in Britain with two of her daughters and although their official applications were never received, the British government made sure to declare that the country was “under no obligation to give asylum to people who have taken part in human rights abuses.”

The wealth and luxury Sajida Talfah enjoyed came at a horrible cost to thousands of Iraqis who lived in poverty and risked being thrown in prison (or worse) while living under Saddam’s dictatorship. Even if Sajida was not directly involved in the vicious tortures and murders carried out by her husband’s regime, every jewel and jaunt to Paris had been paid for in Iraqi blood.

Next, check out the story of Michelle Miscavige, another disappeared wife. Then, take a look at the capture of Saddam Hussein.