"This is an opportunity to educate the public on the importance of verifying the authenticity of rare biblical artifacts, the elaborate testing process undertaken and our commitment to transparency." 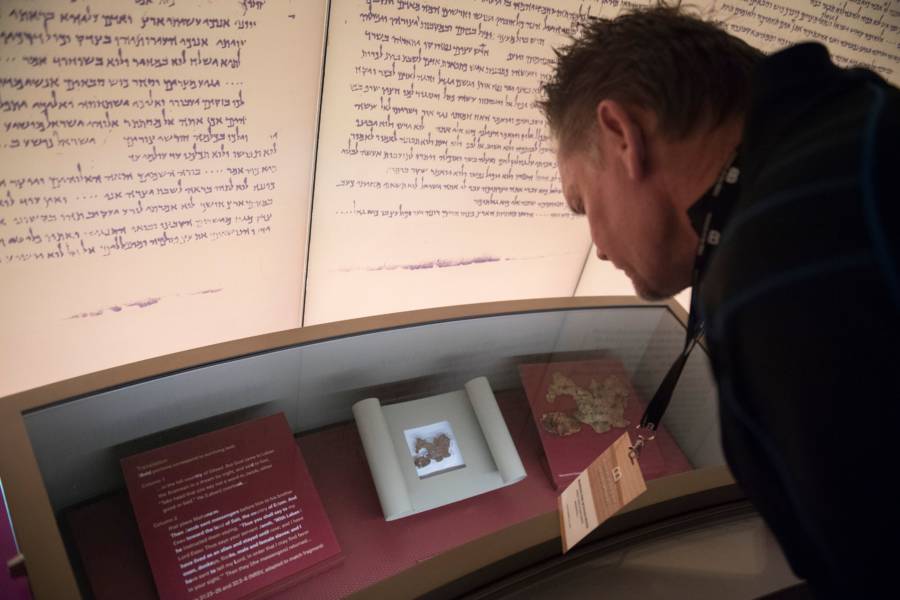 SAUL LOEB/AFP/Getty ImagesA piece of the Dead Sea Scrolls on display at the Museum of the Bible.

The Museum of the Bible in Washington, D.C. has confirmed to the public that five of their most important artifacts, once believed to be fragments from the Dead Sea Scrolls — excerpts of various biblical texts — are fake and will thus not be on display any longer.

According to CNN, scholars based in Germany tested the fragments and discovered that five of them are confirmed to “show characteristics inconsistent with ancient origin,” causing the museum to pull the fragments from their display cases.

“Though we had hoped the testing would render different results, this is an opportunity to educate the public on the importance of verifying the authenticity of rare biblical artifacts, the elaborate testing process undertaken and our commitment to transparency,” said Jeffrey Kloha, the chief curatorial officer for the Museum of the Bible. 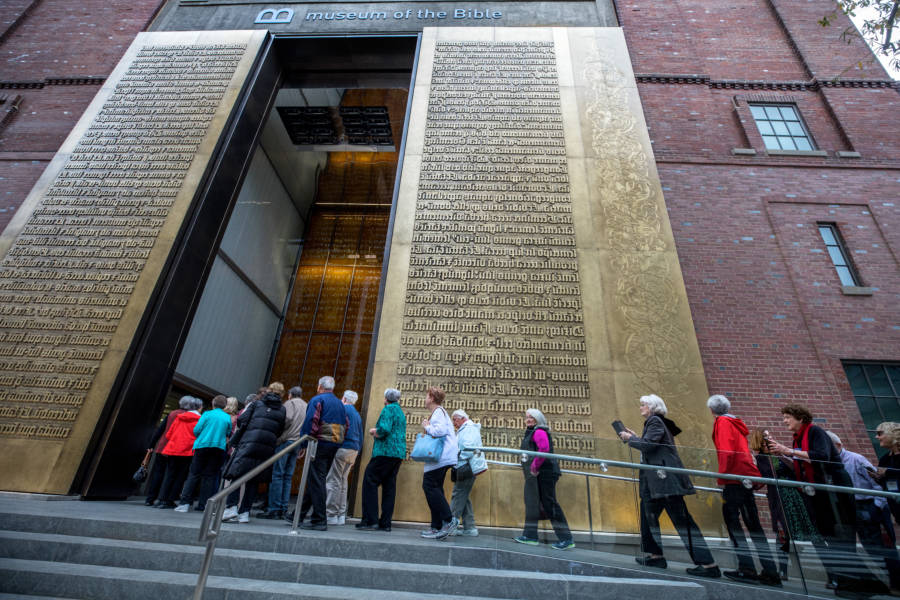 Evelyn Hockstein/For The Washington Post via Getty ImagesThe Museum of the Bible.

There are 16 total Dead Sea Scroll fragments that are a part of the museum’s artifact collection. Now, beyond the five that are confirmed fakes and have been removed, two additional fragments have also been removed, and seven will be tested further. Currently, three scroll fragments remain on display at the museum, but according to a spokesperson, there are signs that could call their authenticity into question.

CNN had questioned the authenticity of the Dead Sea Scroll fragments prior to the museum’s opening in 2017. The report cited Arstein Justnes, a professor of biblical studies at the University of Agder in Norway, who said that the fragments that the museum’s owners acquired are an example of the questionable nature of bible antiques.

Justnes’ website, The Lying Pen of Scribes, states that experts have identified more than 70 Dead Sea Scroll fragments that have surfaced on the antiquities market since 2002, 90 percent of which are fake. Justnes argued that the fragments that the owners displayed at their museum are a part of that 90 perfect — and it turns out his suspicions were correct.

The museum was opened and funded by the billionaire Green family of Oklahoma, better known for their national chain of Hobby Lobby craft stores. The $500,000 museum measures 430,000 square feet and is situated in a prime location in the city overlooking Capitol Hill.

The Green family has also made national news with their battle against the Obama administration over the inclusion of contraception in company health insurance plans.

Steve Green, the museum’s Evangelical founder and chairman, did not disclose how much he spent on the scrolls, but experts believe that this figure is likely in the millions. 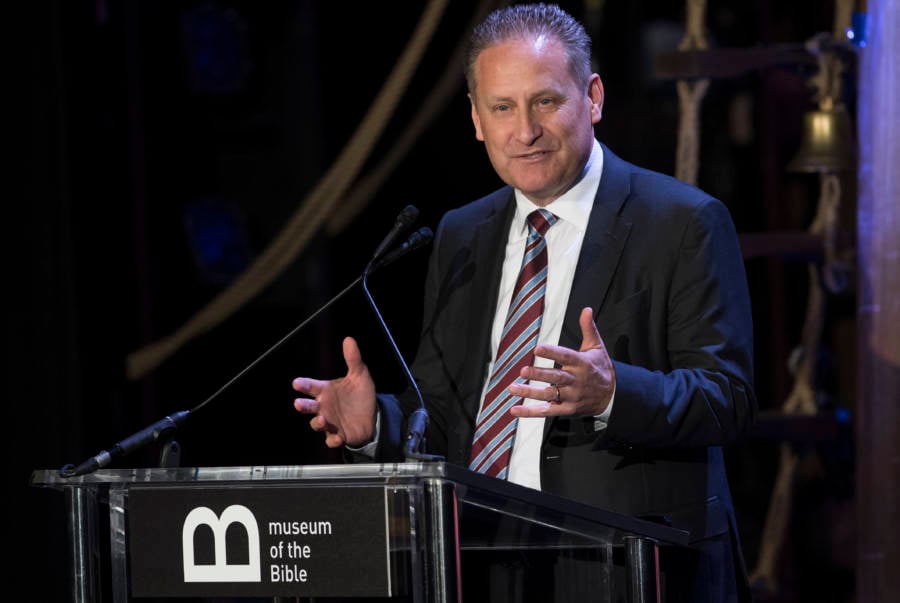 SAUL LOEB/AFP/Getty ImagesSteve Green, co-founder of the Museum of the Bible.

Experts say that Evangelical Christians like Green have become an easy target for antique dealers. Kipp Davis, an expert on the Dead Sea Scrolls at Trinity Western University in Canada, has warned the Green family and other Evangelicals about potentially being sold fake artifacts.

“These good intentions that draw from a place of faith are subject to some really gross manipulations,” Davis said, “and that is a big part of what has happened here.”

The Dead Sea Scrolls were discovered 70 years ago in caves in Qumran, on the western shore of the Dead Sea. Bedouin shepherds made the accidental discovery, which revealed scrolls that were hidden for nearly 2,000 years.

More than 900 manuscripts and an estimated 50,000 fragments were excavated over the course of six decades. Before their discovery, the earliest and most complete version of the Bible was from the ninth century. 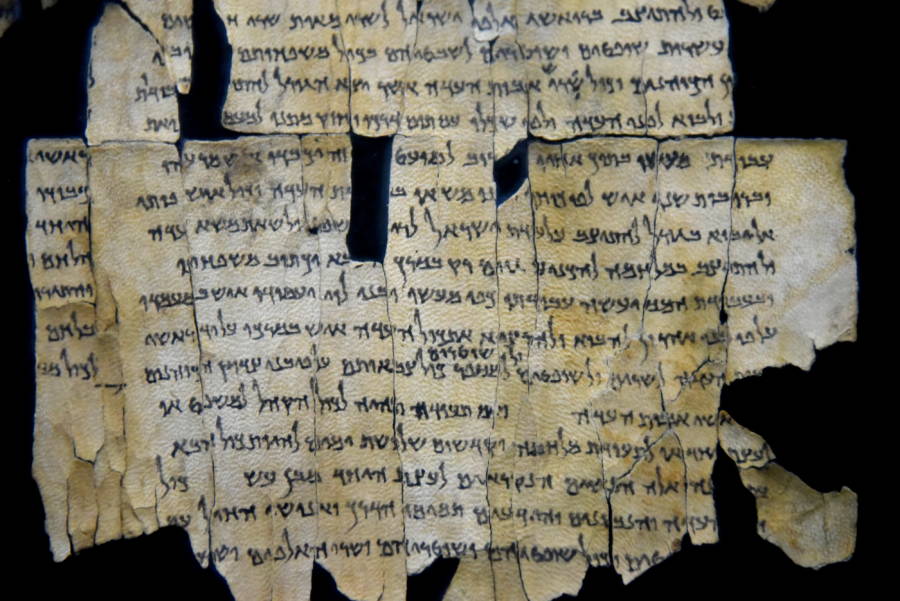 Most of the Dead Sea Scrolls have remained under the careful watch of the Israeli Antiquities Authority, where they remain on display in the Shrine of the Book in Jerusalem. Private collectors were almost never able to get scroll fragments.

But new Dead Sea Scroll fragments mysteriously began popping up on the market sometime in 2002. The Green family reportedly purchased their fragments sometime between 2009 and 2014. Experts think that the Greens bought too many artifacts too quickly, and they made it very well known that they were snatching up anything and everything they could with little caution.

“Every antiquities seller knew the Greens were buying everything and not asking questions about anything,” said Joel Baden, a professor at Yale Divinity school and co-author of Bible Nation, a new book about the Greens.

And before the museum’s opening in the fall of 2017, Steve Green even told CNN that he wasn’t sure who sold him the fragments. “There’s been different sources,” he said, “but I don’t know specifically where those came from.”

Next, read up on the Codex Gigas, a.k.a. “The Devil’s Bible.” Then, discover what the actual historical evidence says about who wrote the Bible.