Herbert Mullin: The Man Who Tried To Prevent An Earthquake By Killing 13 People

In 1972-1973, Herbert Mullin killed 13 people in California because he thought it could stop an earthquake. This is his chilling story. 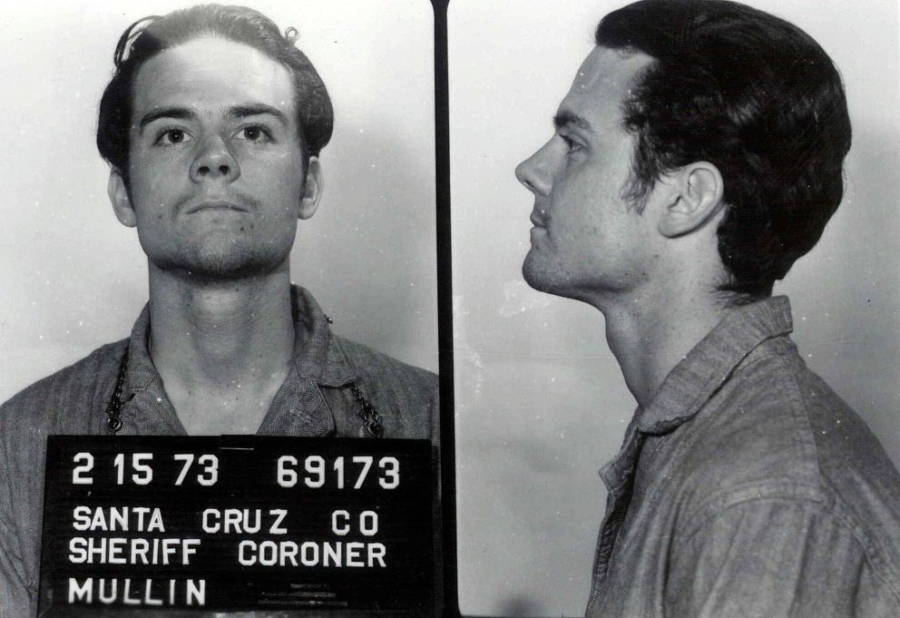 In 1972, Herbert Mullin believed that there would soon be a massive earthquake near his home in northern California. And Mullin had a grisly solution to the problem.

A diagnosed schizophrenic who’d heard voices in his head warning him about the earthquake, Herbert Mullin believed that he could stop the deadly event from happening if he murdered a number of people. And that’s precisely what he did.

In late 1972 and early 1973, Mullin murdered 13 people, sent the region into a state of panic, and solidified his bizarre legacy as the earthquake killer.

Herbert Mullin Before The Murders 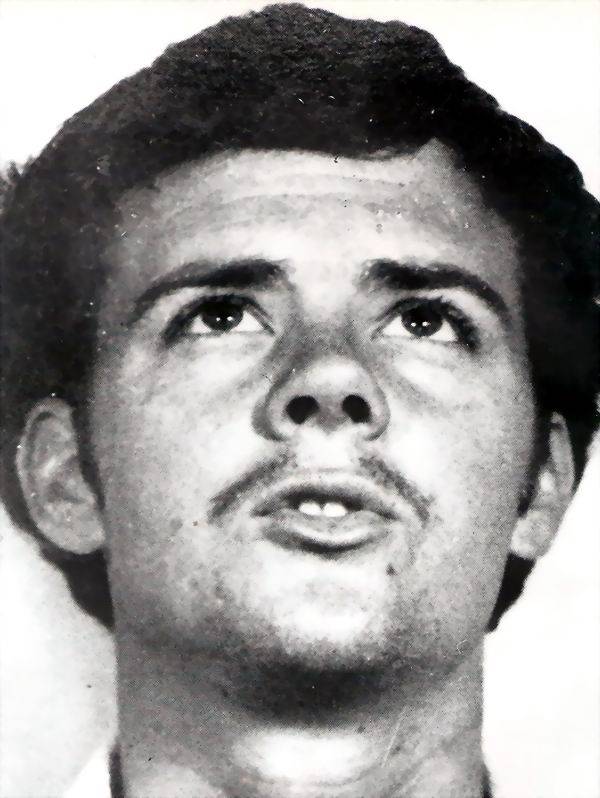 Herbert Mullin, born on April 18, 1947 in Salinas, Calif., started out leading a normal life with a caring family. By the time he graduated high school, he was named “most likely to succeed.”

But just after high school, things took a sharp downturn. His best friend was killed in a car accident, an event some experts believe may have triggered the onset of schizophrenia.

Then, at age 19, Mullin tried cannabis and LSD for the first time, soon becoming a regular user. His drug use reportedly worsened the symptoms of his mental illness, and at the age of 21, his family began to notice the signs of schizophrenia. Although he voluntarily entered a local hospital for treatment, he left after six weeks and was given a “poor” prognosis.

He entered several hospitals and programs in the following years, both voluntarily and involuntarily, but didn’t stick to his recommended medication and group therapy sessions. His prognosis went from “poor” to “grave.” It was around that time that he began confiding to coworkers that he was hearing voices. By age 23, he had been diagnosed as a schizophrenic by three different doctors.

Warnings Of An Earthquake 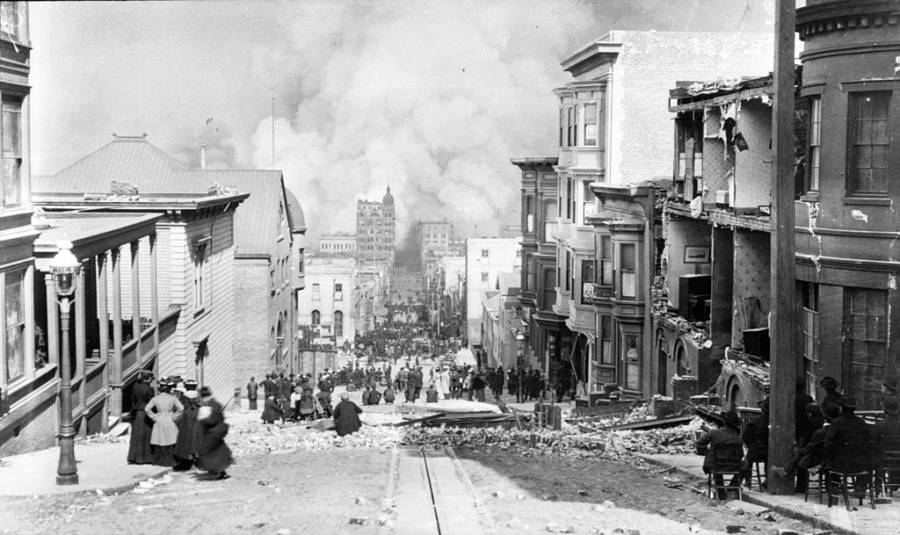 Herbert Mullin’s birthday was the anniversary of the devastating San Francisco Earthquake of 1906. And as his schizophrenia worsened, he began to develop bizarre thoughts related to this deadly day.

In 1972, a mathematician predicted that on Jan. 4, 1973, the San Andreas Fault would once again unleash a devastating earthquake on northern California. The voices in Mullin’s head, already connecting his birthday with earthquakes, told him that human sacrifice was the key to preventing the disaster.

As Mullin later explained: “We human beings, through the history of the world, have protected our continents from cataclysmic earthquakes by murder. In other words, a minor natural disaster avoids a major natural disaster.”

With human sacrifice his mission, on Oct. 13, 1972, Herbert Mullin started his killing spree by murdering a transient man named Lawrence White. He beat White to death with a bat after seeing the man looking to hitchhike on the side of the road. Mullin later claimed that he believed White to be Jonah from the Bible and said that Jonah had telepathically asked Mullin to kill him so that the others would be saved.

His second victim was Mary Guilfoyle, a college student who had been hitchhiking on Oct. 24. Mullin stabbed and dismembered her, then scattered her remains along the side of the road.

The third murder occurred on Nov. 2 when Mullin went to a Catholic church to confess his sins to Father Henri Tomei, then beat and stabbed him to death, believing the priest to have also volunteered as a sacrifice. After the attack, Mullin fled and Tomei bled to death right there in the confessional.

Then, on Jan. 25, 1973, Mullin killed five people all in one day. No earthquake had come and he was only more sure that his killings were what was keeping the disaster at bay. That day, he killed an old friend and his wife, then a woman and her two children in the house that his friend had once lived in.

With his body count now at eight, he went to a campsite and killed a group of four teenagers at once on Feb. 6. Mullin believed that he had communicated telepathically with them and that they had given him permission to murder them.

Herbert Mullin Gets His Day In Court 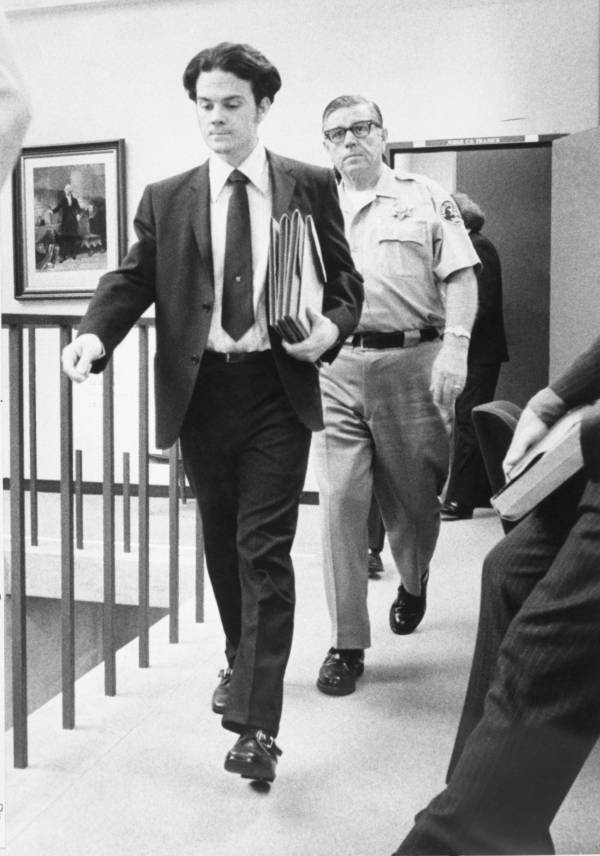 Herbert Mullin was finally caught following his 13th and final murder, on Feb. 13. After shooting and killing a man in his front yard in broad daylight, the man’s neighbor noted Mullin’s license plate number and called the police. When caught, Mullin didn’t resist arrest.

Prosecutors were able to try Mullin for 10 of the 13 murders that he’d committed, and he pleaded guilty to all 10. What’s more, he tried to represent himself, but the judge decided that he was not mentally competent enough to do so and so he was assigned a public defender. Although Mullin attempted to fire the public defender, the judge refused to allow it.

During the trial, Mullin talked about the voices he had been hearing, the ones that had been telling him to kill. He referred to the messages as “die songs.”

Despite all of this, prosecutors produced evidence implying premeditation to the crimes, suggesting that Mullin was legally sane and he was convicted of all ten murders. He was sentenced to life in prison and remains at Mule Creek State Prison in Ione, Calif. to this day.

Though he’s been denied again and again, Herbert Mullin is once again eligible for parole in 2020.

After this look at Herbert Mullin, read up on Nikko Jenkins, the murderer who killed his victims in order to please an ancient Egyptian serpent god. Then, discover the stories of the worst serial killers in history.