"The demonic forces just attacked me," Nikko Jenkins said. "I can't sleep, 36 hours at a time. Until I did the first one." 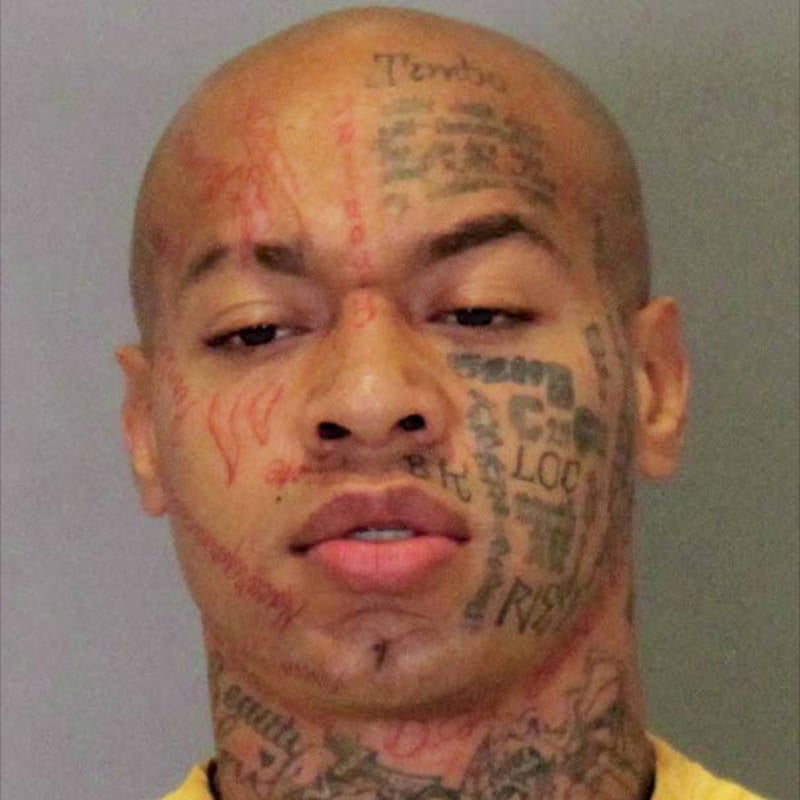 Nikko Jenkins killed four people over the span of 10 days in Omaha, Nebraska in August 2013. He later said that he did it to please the ancient Egyptian serpent god Apophis, who had told him to kill.

The judges that presided over his case, however, didn’t quite buy it and Nikko Jenkins is now sitting on death row.

In July 2013, 26-year-old Nikko Jenkins finally walked out of prison after serving more than 10 years on carjacking. But within just a month of his release, he committed the four murders that now have him awaiting a death sentence.

The first two murders came on August 11, when Jenkins randomly shot two strangers, Juan Uribe-Pena and Jorge C. Cajiga-Ruiz, who’d been sitting in their car and then robbed them. The third victim, Curtis Bradford, died of gunshot wounds in a garage on August 19 and was the only victim that Jenkins knew (they’d met in prison). The final victim, Andrea Kruger, died after being shot by Jenkins on the street on August 21.

And when police picked up Nikko Jenkins on an unrelated charge of making terroristic threats on August 30 — but also had surveillance footage and ballistics evidence implicating him in the Kruger killing in hand — he made their job easy and simply started confessing a few days later.

Throughout these rambling confessions that lasted some eight hours, Jenkins claimed that the four deaths were a sacrifice to the Egyptian demon/snake god Apophis.

“This is going to be a long night,” he said. “When we’re here talking, it just comes out like a computer.”

“My head kept pounding — boom boom boom boom boom — and I was, like, what the [expletive] is going on? And the demonic forces just attacked me,” Jenkins said of his troubled mental state leading up to the first murder. “I can’t sleep, 36 hours at a time. Until I did the first one.”

Ultimately, after confessing to the other murders as well, Jenkins broke down in tears as he told detectives that he just wanted treatment for the various mental illnesses he claimed to have had, illnesses that he also claimed were ignored by the Nebraska Department of Corrections throughout his time in prison.

“The Nebraska Department of Corrections is so responsible,” he told detectives. “This is equivalent to me being a pit bull that they pull off that chain and whoever it hurt, you’re responsible for it. Because you knew the danger of the animal, knew the danger that you created in that cell.”

He later even filed a $24.5 million lawsuit against the state of Nebraska (one that never came to pass) claiming that they failed to treat his mental illnesses while he was in prison and released him too early.

The Trial Of Nikko Jenkins

On April 16, 2014, less than a year after confessing to the killings to detectives, Nikko Jenkins pleaded no contest to the charges of first-degree murder. Shortly afterward, court-appointed psychiatrists believed that Jenkins was not competent to stand trial.

One clue was that Jenkins performed various self-mutilations while in custody.

In April 2015, he tried to carve the number “666” into his forehead. But because he was looking in a mirror while doing so, the numbers came out backward, like upside-down 9s. On June 27, 2015, he cut the word “Satan” into his face and then cut his tongue into a snake-like shape. And in September 2015, Jenkins told a judge that he was listening to the voice of Apophis when he attempted to cut his penis into the shape of a serpent and did enough damage to require 27 stitches.

Despite such episodes, the courts did eventually determine that Nikko Jenkins was fit to stand trial — despite the fact that he’d had decades of mental problems.

Nikko Jenkins’ legal troubles started when he was just seven, when he was caught bringing a loaded gun to school. By 13, he’d committed multiple assaults and, at 15, he committed two armed carjackings and received a sentence of 21 years (of which he only ended up serving about 10 and a half).

And his psychological evaluations suggest that his mental problems stem all the way back to that loaded gun incident at age seven, when he claimed that the voice of Apophis told him to carry the weapon with him to school.

However, experts are split as to whether Jenkins actually has diagnosable mental disorders. In 2009, a prison psychiatrist said that he suffered from bipolar disorder, schizophrenia, and possible psychosis. But other psychiatry experts have said that Jenkins is faking all of it so that he can be declared mentally unfit for criminal proceedings.

According to Jenkins’ wife, Chalonda, he’s not faking anything. “He’s not pretending to be crazy. He’s real-life crazy. Nikko specifically told me that Apophis gives him orders. It was this voice that came, and was just like, ‘If you do what I tell you to do, if you follow my demands, then I’ll make sure you’re safe and make sure you’re okay.'”

Chalonda (who has had her own legal issues) also said that her husband had asked for mental help while in prison, which he supposedly never received. “I told them not to let him out,” she said. “He’s not ready to come out in society.”

The Fate Of Nikko Jenkins

Local news report from 2016 regarding Nikko Jenkins’ testimony at his death penalty hearing.

Despite his years of mental issues, Nikko Jenkins stood trial in 2014. During the trial (held as a bench trial in front of three judges as opposed to in front of a jury, at Jenkins’ request), he represented himself and engaged in unusual behavior including speaking in tongues and laughing while his murders were described.

In April, he was found guilty but wasn’t sentenced to death until three years later. In the interim, authorities delayed his sentencing in order to evaluate him psychologically and be sure that he could understand the proceedings at hand.

Ultimately, they concluded that he was fit to receive the penalty of death. Throughout the sentencing for his four shootings, Nikko Jenkins sat stone-faced and silent — a stark contrast to the rambling, excitable demeanor he’d displayed while confessing to those same murders more than three years before.

After this look at Nikko Jenkins, read up on the disturbing murder sprees of killers like Paul John Knowles and Caril Ann Fugate.