During World War II, markings like this one were a matter of life and death. 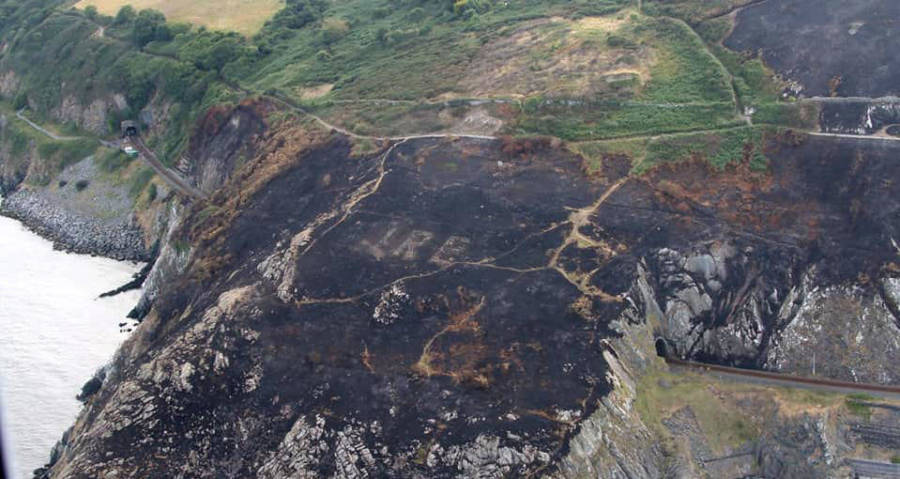 A buried piece of World War II history has been rediscovered thanks to a wildfire that recently burned across Ireland’s eastern coast.

The Air Support Unit of the Irish national police (Garda) was flying over Bray Head in County Wicklow in order to assess the damage from the wildfire when they came across the word “ÉIRE” etched into the ground in enormous letters.

“Éire” means “Ireland” in Gaelic. More than 80 of these “ÉIRE” signs were placed along Ireland’s coastline during the World War II-era to alert bombers flying overhead that the country beneath them was neutral and should not be attacked.

According to the Irish Air Corps, this particular sign discovered on Aug. 4 was the eighth Éire sign that has been found.

Spotting these old signs is not uncommon in some parts of Ireland. A spokesperson told the Irish broadcaster RTÉ that “the signs themselves are quite common on the west coast but unusual on the east.”

The newly found, so-called Éire 8 sign was buried underneath a layer of gorse, a shrub with spiny and spiked stems. It wasn’t until the wildfire was finally extinguished with more than 150,000 liters of sea water that the police were able to see the partially-eroded sign for the first time in decades. 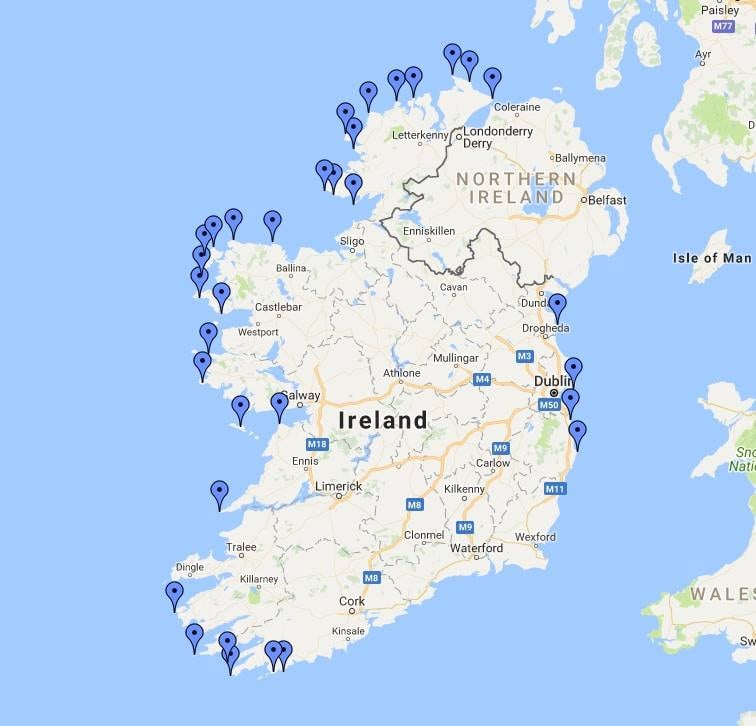 Google Maps/ErieMarkings.orgA map of neutrality markings that can still be found on the Irish Coast.

The construction of the Éire signs along Ireland’s coast began in the early 1940s, shortly after Ireland announced that it would remain neutral in the looming second World War. However, the declaration of neutrality did not stop them from secretly providing support to Britain’s Allied Powers, according to History.com.

Some of the help that Ireland gave to the British included more than 40,000 troops, allowing the British to fly in their airspace, and holding German soldiers who were caught on Irish soil but allowing British soldiers to return home. Also, signs like Éire 8 were used as navigational aids for British pilots.

However, the Irish could not escape the war forever. Between April 7 and May 6, 1941, the German Air Force carried out four separate raids on the city of Belfast (part of British-controlled Northern Ireland). More than 1,000 people lost their lives and thousands more fled.

Ireland’s hot and dry weather this summer has caused an uptick in historical discoveries. In addition to the Éire 8 sign, the possible childhood home of St. Oliver Plunkett, the last Roman Catholic martyr to die in England, was discovered in Meath because extremely dry conditions revealed the outline of the house, according to the Meath Chroncile.

Also, in July 2018, a 40-day drought allowed a drone to spot the remains of a 4,500-year-old henge at the UNESCO World Heritage Site, about 30 miles north of Dublin.

The hot and dry summer might be causing problems across Ireland, but the archaeological finds that have come from the devastation might just serve as a tiny silver lining.

Now that you’ve finished reading about the latest historical find to come from Ireland’s dry summer, discover how the Cliffs of Moher became Ireland’s most majestic attraction. Then, check out Ireland’s Dooagh Beach, which suddenly reappeared 33 years after vanishing entirely.