Bacon’s Rebellion: The First Rebellion Against English Rule… In 1676

A century before the American Revolution, there was Bacon's Rebellion. 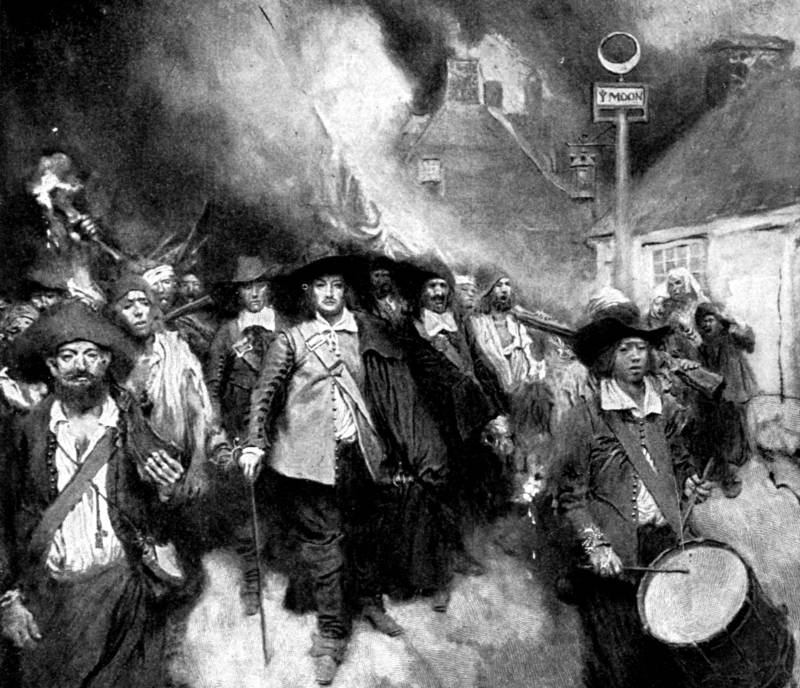 Bacon’s Rebellion of 1676 holds its place in the history books as the first rebellion (but obviously not the last) in the English colonies of the New World. Yet as historic as it was, Bacon’s Rebellion was also a petty, bigoted insurrection led by a lazy incompetent against a corrupt governor — and it nearly destroyed the colony of Virginia. 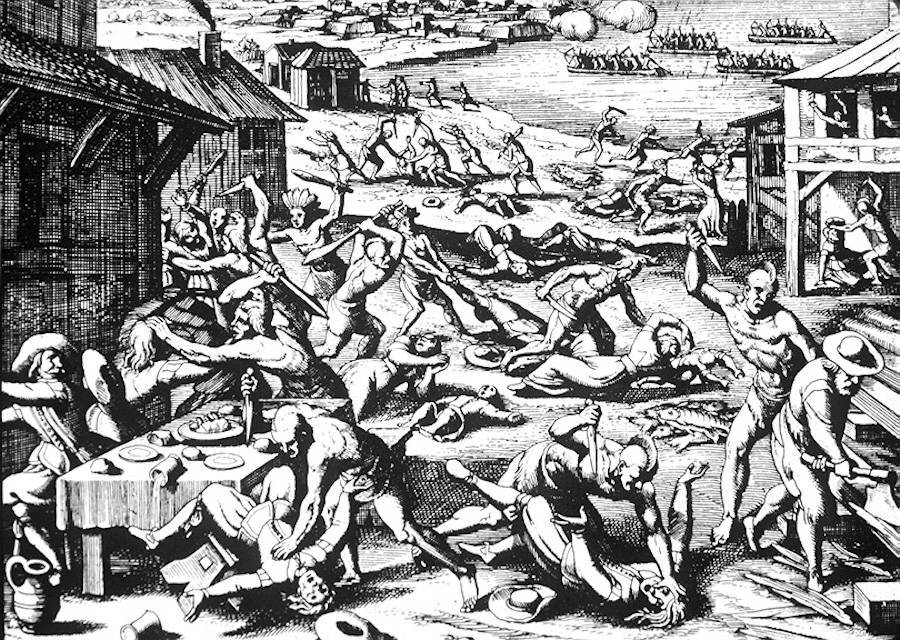 Bacon’s Rebellion was a war between two actual cousins. One was the heavy-handed English governor, Sir William Berkeley, a veteran of the English civil wars. The other was Nathaniel Bacon, an immature, lazy schemer who was sent to Virginia by his dad in the hopes he would grow up. When Bacon arrived, Berkeley gave him land and a seat on the council.

Bacon’s privilege aside, life in Virginia was harsh, filled with drought, starvation, and fighting with Native Americans. Meanwhile, white indentured servants, little more than slaves, did most of the work.

From the beginning, when Jamestown’s first settlers resorted to cannibalism to make it through the tough winter of 1609, Virginia was a harsh place to live. Throughout the 17th century, those conditions never really got much better — and eventually led to Bacon’s Rebellion of 1676.

At the time, Virginia’s economy was struggling. The weather had been terrible, leaving homes destroyed and harvests ruined. As a result, the colonists were looking for a scapegoat. They found theirs in local Native American tribes.

In 1675, Native Americans raided a plantation on the Virginia frontier, prompting the colonists to then strike back (but actually attack the wrong tribe).

Nathaniel Bacon, perhaps as part of a power play, soon fed locals’ fears about Native American attacks and stoked resentment against Governor Berkeley, who refused to retaliate. As a result, the situation escalated and led to an increase in frontier fighting between Native Americans and settlers.

The Seeds Of Revolts 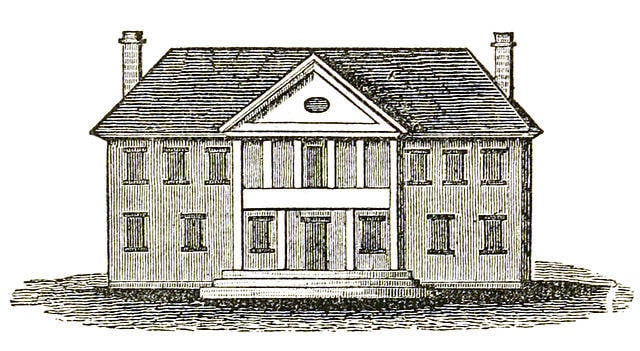 Berkeley begged the colonists to show restraint in their dealings with the Native Americans, but Bacon and his supporters refused to listen. At one point, Bacon seized some friendly Native Americans for supposedly stealing corn and then waged an unauthorized war against friendly tribes nearby.

Because the situation was escalating, Berkeley pushed for a compromise. He confiscated weapons from the local Native Americans and called an assembly.

That assembly declared war on all the “bad” Native Americans and set up defenses around the colony. The war also raised taxes, which contributed to the tensions already rising in the colony.

Furthermore, Berkeley was accused of playing favorites in the assembly and giving the best trade options to his cronies. Anti-Berkeley, pro-Bacon locals then elected Bacon “general” of a volunteer militia meant to fight the Native Americans.

Bacon and his 200-man militia drove the local Native Americans from their lands. In response, Berkeley rode to Bacon’s headquarters with 300 men and Bacon fled into the forest.

Berkeley quickly declared Bacon a rebel and issued two proclamations: First, he would pardon Bacon’s men if they returned home immediately; second, he would remove Bacon from his council seat and put him on trial.

However, Bacon ignored the governor and instead attacked a friendly Native American tribe and stole all of their beaver pelts. Facing anger from the colonists, Berkeley agreed to pardon Bacon — but only if he returned to England to face trial.

It wasn’t Bacon who declined this offer. It was the House of Burgesses, the ruling body of Virginia, which said that Bacon needed to beg forgiveness for his crimes. Then, the locals elected Bacon to a seat in that same House of Burgesses, only escalating the conflict to new heights. 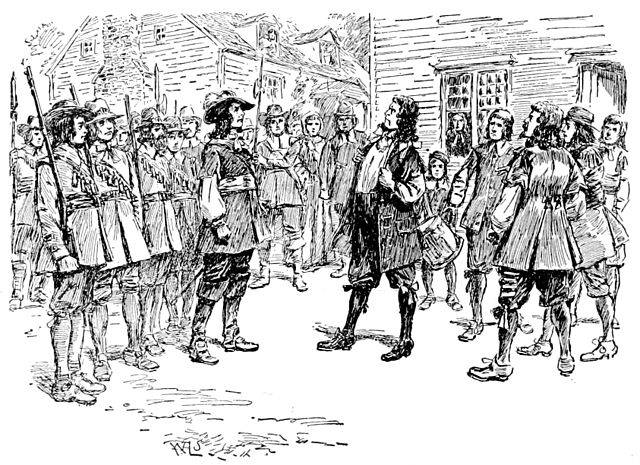 When Bacon arrived for the assembly, the House of Burgesses arrested him and forced him to apologize, at which point he would then enter the assembly and assume his elected seat. But Bacon instead simply walked away — then returned with his militia, surrounded the statehouse, and demanded a legal commission as a militia leader.

Consequently, Berkeley fled Jamestown and Bacon issued his “Declaration Of The People,” the official declaration of Bacon’s Rebellion. The declaration essentially called Berkeley a corrupt and incompetent leader and included an oath that demanded total support of Bacon and his troops by any means necessary.

But despite having fled, Berkeley hadn’t given up the fight. He was able to return, marshal his loyalist forces, and have them capture Bacon’s fleet of ships and fortify Jamestown with their defenses.

Nevertheless, Bacon and his followers began kidnapping important Berkeley supporters and parading them along the governor’s very fortifications. Berkeley then once again fled Jamestown and Bacon’s faction burned it to the ground.

Although Jamestown was now in ruins, Bacon still hadn’t been able to capture Berkeley himself, which was causing him to lose the support of his men who wanted the governor caught.

But before Nathaniel Bacon could fall too far from grace, he died of dysentery on October 26.

The Aftermath Of Bacon’s Rebellion 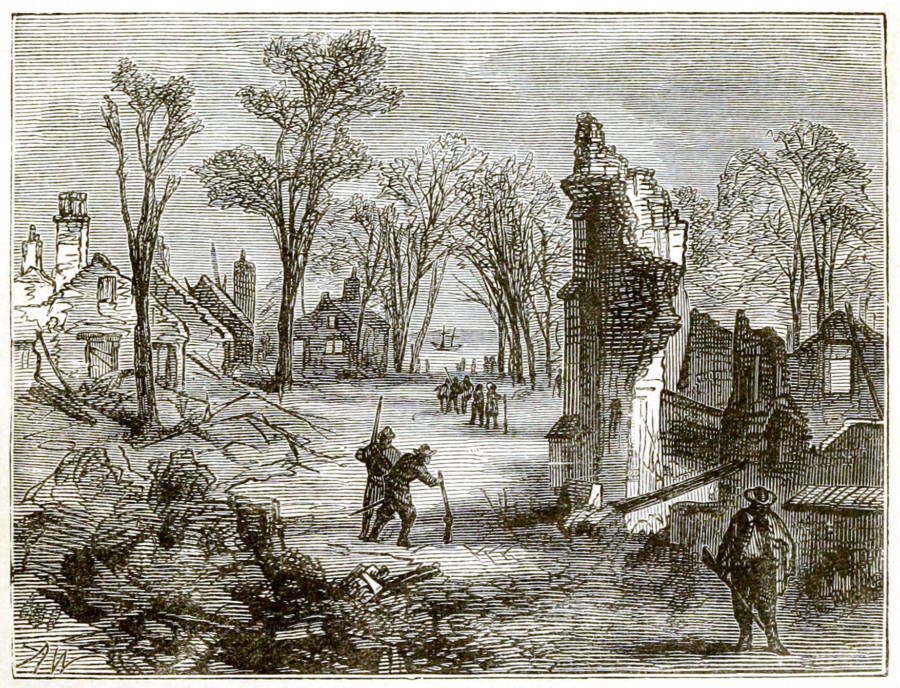 With Bacon dead, Berkeley made his move and hanged a number of the rebel leaders. But at this point, rebels still controlled nearly all of Virginia.

Finally, English troops arrived and kicked off the bloodiest phase of the rebellion, one that ended with the now-superior loyalist forces crushing the rebellion.

Though the English forces had won the day, the king’s men gradually decided that Berkeley’s hanging of rebel leaders and looting of their estates was too much. Thus they sent him back to England to be tried. However, Berkeley would die at the age of 71 or 72 on July 9, 1677, without ever seeing justice, the king having deemed him too ill to stand trial.

But back in Virginia, with the rebellion crushed and nothing much to do, the English reinforcements decided to have a little fun. So, the soldiers set about investigating a native plant that the locals said had strong hallucinogenic properties.

Its chief ingredients were the poisonous chemicals atropine and scopolamine and the locals called it Jamestowne Weed (because Jimson is a contraction of Jamestown, we now know it as Jimsonweed).

The soldiers made a soup and drank it, then hallucinated for days on end, attacking each other, chasing feathers, and making monkey noises while naked. Locked up for the duration of their symptoms, they were finally returned to work with no memory of what had happened. This amusing aside led to one of the first written accounts of the effects of Jimsonweed (though accounts do vary as to what exactly happened).

The Jimsonweed footnote aside, Bacon’s Rebellion saw a widespread shift in the ruling dynamics of the Virginia colony. Royalist aristocracy would consolidate power and keep it for decades to come — until 1776, when a much larger rebellion against English rule, inspired in some small way by the revolt at the heart of Bacon’s Rebellion, would truly change the colonies forever.

After this look at Bacon’s Rebellion, discover some American history facts that’ll upend your assumptions. Then, experience the worst riots in U.S. history.