Known for his good looks, Paul John Knowles was described as a “cross between Robert Redford and Ryan O’Neal.” 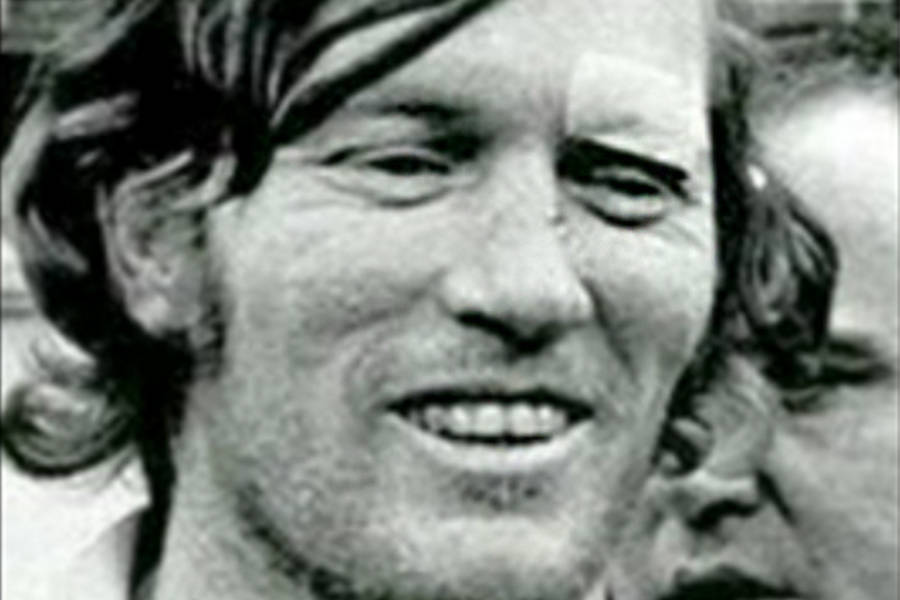 To some women who met him, Paul John Knowles was smooth and charismatic, a “cross between Robert Redford and Ryan O’Neal.” To others, he was their worst nightmare, a cold-blooded killer with no pattern, and no regard for anyone but himself.

For decades, Knowles traversed the country, racking up a slew of criminal charges, including kidnapping and theft. Then, in 1974, he escalated, and added murder to his increasingly long list of crimes.

Paul John Knowles Before The Murders

In the 19 short years between 1946 and 1965, Paul John Knowles had made quite the name for himself among the police. Beginning in 1954 when he was just eight years old, Knowles had set out on a life of crime, mostly consisting of petty theft. By the time he was 19, he’d escalated to kidnapping, and was incarcerated for kidnapping a police officer.

He was soon let go, however, starting a pattern he’d stick to for the next eight years; short stints in jail followed by a return to petty crime followed again by a short stint in jail.

In early 1974, Knowles was serving a prison sentence in the Raiford Prison in Florida, now known as the Florida State Prison. While incarcerated, he began corresponding with a California woman named Angela Covic.

Covic, a recently divorced cocktail waitress from San Francisco, was delighted to have Knowles as a pen pal, and after just a few letters back and forth had fallen in love with him. Before long she’d hired him a lawyer, who managed to swing him a parole, and arranged for him to fly to San Francisco to marry her. 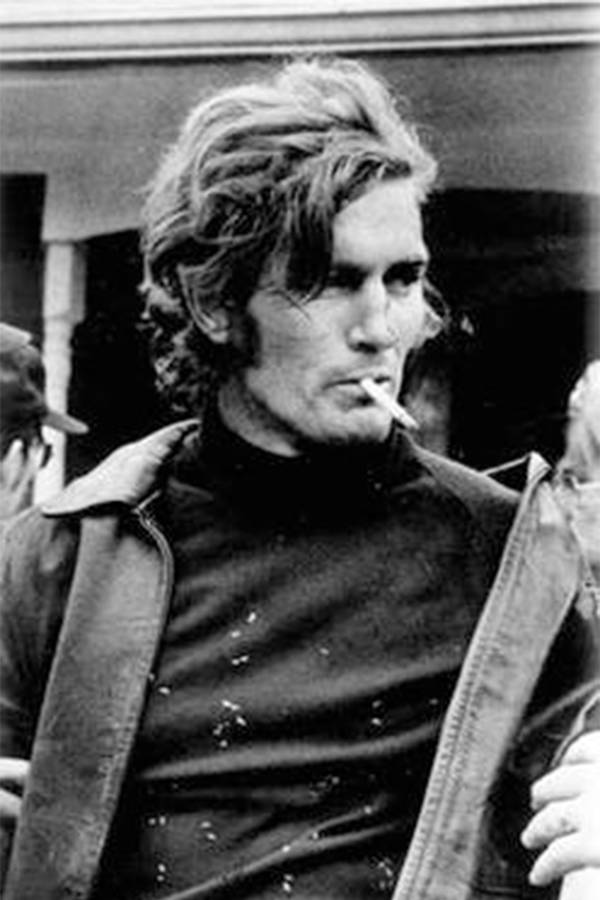 Wikimedia CommonsPaul John Knowles, smoking a cigarette in a photo taken before he was arrested.

However, upon seeing Knowles, Covic called off the wedding. According to her, Knowles projected “an aura of fear” that scared her. In addition to his aura, her psychic had recently warned her about a dangerous new man in her life. The aura combined with the warning was enough for Covic to send Knowles packing.

Psychic babble or not, in the end, Covic was lucky she took her psychic’s advice and paid attention to Knowles’ aura.

That night, after Covic ended their engagement, Knowles murdered three strangers on the streets of San Francisco. The next day, he arrived back in Jacksonville, Fla., where he pulled a knife on a bartender during a fight. He was arrested for the bar fight, and thrown back in jail, but he didn’t stay there for long.

On July 26, 1974, Paul John Knowles picked the lock on his prison cell and escaped into the night.

In an attempt to burgle her home, Knowles broke in and bound and gagged her. Her cause of death was later determined to be chocking on her own dentures, and while it’s unclear whether her death occurred while Knowles was in her home, there’s no doubt he was to blame.

Knowles fled the home in Curtis’ car. A few hours later, as he drove up the street looking for a place to abandon the stolen vehicle, he came across two young girls, Lillian and Mylette Anderson. Recognizing them as family acquaintances, he quickly realized they too could recognize him. Instead of abandoning Curtis’ car, he kidnapped the eleven-year-old Lillian and her seven-year-old sister, strangled them, and dumped their bodies in a swamp.

Over the next two months, Knowles traveled from Florida up the east coast to Connecticut, leaving a trail of bodies in his wake. Later dubbed the “Casanova Murders” for Knowles’ good looks, the police remained largely in the dark about Knowles part in the murders until his capture. For most of the spree, the police were baffled by the murders, as they seemed to have no rhyme or reason behind them. It appeared there was no pattern between any of the cases or even any of the victims.

Of the 20 people found dead, 14 were women and six were men. Three were children, and three were elderly. Some were shot, some were strangled, some were burgled and others seemed to have been killed as an afterthought, murdered while camping or while walking up the street. Some of the corpses had been sexually assaulted, while some of the victims had been raped while alive, further throwing police off the trail.

The victims were also killed in at least six different states, making it almost impossible for police to create a perimeter. At that point, police didn’t know whether they were looking for a rapist, a murderer, an armed gunman, an opportunist or worse – all of the above.

The only real lead that authorities had to go on was from a reporter named Sandy Fawkes. About two weeks before Knowles was ultimately arrested, he attempted to pick up Fawkes in a hotel bar. For three days, Fawkes traveled around with Knowles, booze-filled and blissfully unaware that she was fraternizing with the man at the center of a multi-state manhunt.

According to Fawkes, Knowles was a “dreamboat.” It was she who first described him as Redford-like in appearance, years later after realizing how close she had come to becoming one of his victims. However, as close as she was, she truly didn’t realize it. Not once during their three-day bender did he show signs of wanting to hurt her, she claimed, and after the two parted ways Fawkes thought she’d remember her time fondly.

Most people believe the reason Knowles let Fawkes go was that he wanted the fame, at least in part, a theory corroborated by the survival of Barbara Tucker, another writer who escaped his wrath. Perhaps he felt that writers would immortalize him and that if they told his story, he could go out in a blaze of glory, rather than the criminal’s ending he got. 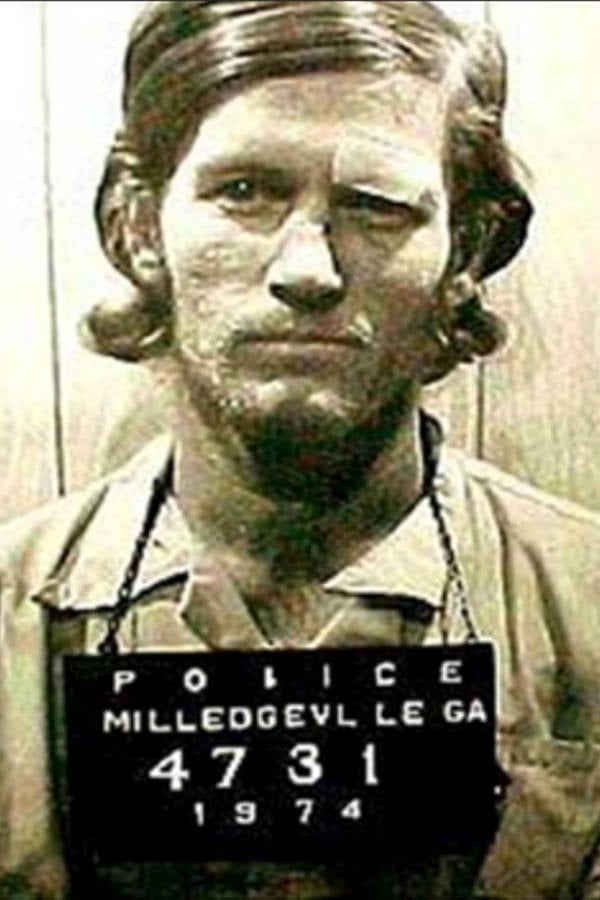 On Nov. 17, a Florida Highway Patrol Trooper named Charles Eugene Campbell recognized a car matching the description of one stolen from the most recent murder victim. He pulled the car over, never knowing he had just cornered a cunning and skilled mass murderer.

Paul John Knowles, however, was ready. As the trooper leaned over to see into the car, Knowles wrestled his gun away from him. After taking Campbell hostage, he took off in Campbell’s patrol car and pulled over another car. Then, he took that driver prisoner, put him and Campbell both in the less conspicuous vehicle, and drove the three of them to a remote area.

He then led the two men into the woods, tied them to a tree, and shot them. As he attempted to escape the scene of the crime, he lost control of his vehicle and hit a tree. Though he took off on foot and was pursued by dogs, officers, and helicopters, he ultimately made it out of the perimeter established for the manhunt.

However, thanks to a local man and his shotgun, Knowles was able to be apprehended. Once arrested, he confessed to 35 murders, including the 20 that police were already aware of.

Over the next month, police attempted to take Knowles on a tour of his crime scenes, to gain insight into the crimes and help find missing bodies. On December 18, just a month after his arrest, Sheriff Earl Lee and Georgia Bureau of Investigation Agent Ronnie Angel were transporting Knowles to Henry County, where Charles Campbell’s handgun had allegedly been dumped.

While en route, Knowles jumped Lee in the car, attempting to steal his handgun. The gun went off through the holster in the car, and as Lee and Knowles struggled, Angel fired three shots at Knowles, killing him instantly.

And so, the tumultuous life of Paul John Knowles ended as viciously as he’d lived it. The motives behind his murders had never been disclosed, and even today some of the victims remain a mystery as well.