Australia's Aborigines have a long and rich history that stretches back nearly 60,000 years. 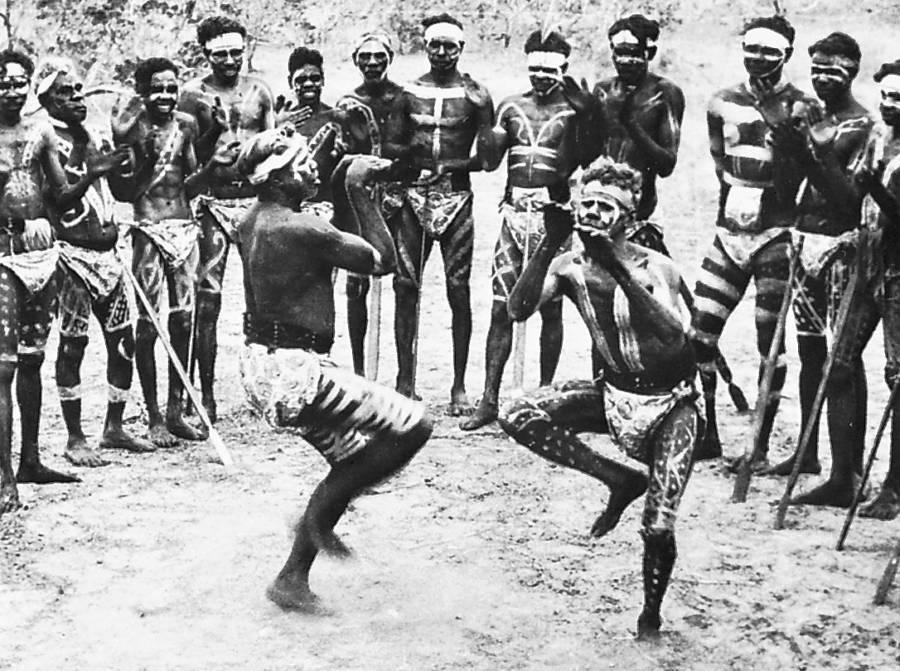 For thousands of years, Aboriginal Australians have lived throughout the continent. But new evidence reveals that their existence in the continent’s deserts dates back much further than previously believed.

The Oldest Civilization In The World

Aboriginal Australians became genetically isolated 58,000 years ago, tens of thousands of years before other ancestral groups, making them the world’s oldest civilization. They then settled in Australia around that time.

But a September 2018 study has extended the group’s history in the interior deserts of Western Australia by 10,000 years. Indeed, the ancient group’s connection to the interior part of the continent goes back much further than once believed, with new estimates that the group had been in the desert region for at least 50,000 years— which blows away previous estimates.

Researchers came to this conclusion while excavating nearly 25,000 stone artifacts from the desert rock shelter of Karnatukul. The objects spanned different uses and purposes as well as timelines. One particularly interesting discovery was that of an early microlith, a pointed tool with one sharp edge blunted.

The tool could have been used as a spear or as an apparatus for processing wood and it proves that early desert peoples were innovative with their technology. The tool also appears rather sophisticated which suggests that the Aborigines were not only skilled but also adaptable to their environments as they spread across the continent and encountered wildly different ecosystems as they did so.

The tool is believed to be around 43,000 years old, which is more than 15,000 years older than other examples of similar items. It’s believed then that the Aboriginals settled in the desert shortly after they first arrived in the northern part of the continent.

A bit of history on the Aboriginals.

Thus, the study shows that the Aboriginals were not only the first people to live in the deserts of Australia, but the first to live in deserts anywhere in the entire world – and their rich history starts way before they called the deserts home.

A Brief History Of Human Migration

All of the world’s modern populations can be traced back to one single “Out Of Africa” migration roughly 72,000 years ago, a 2016 study discovered.

Among this group of ancient ancestors, the Aboriginals were the first to become genetically isolated, making them the world’s oldest civilization.

The group of Papuan and Aboriginal ancestors who left Africa at the time were most likely the first group of people to ever cross an ocean when they made their way to Sahul, the supercontinent made up of modern-day Tasmania, Australia and New Guinea which existed at the time of their migration. 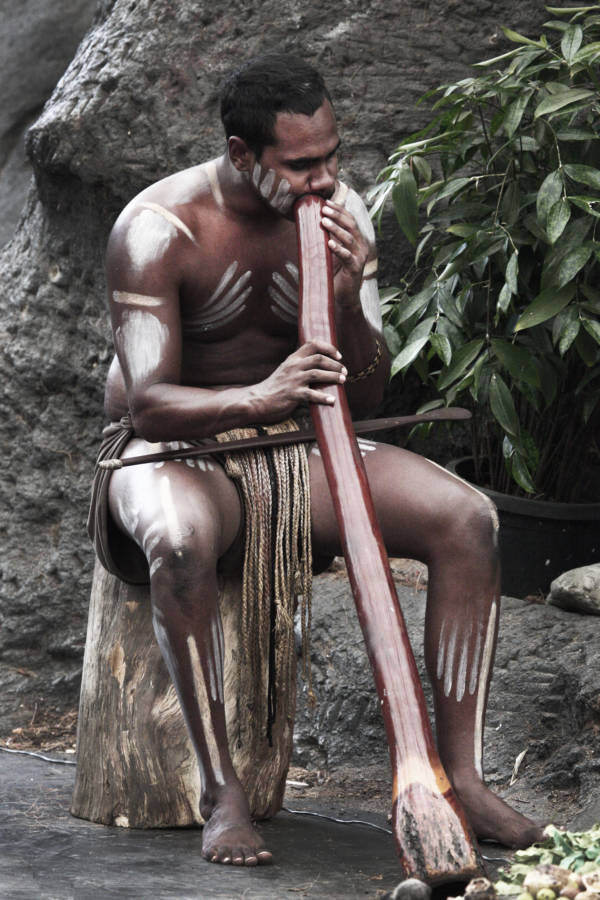 The Aboriginal Australians and Papuans then separated from one another around 37,000 years ago. Why they did so is not clear as the landmasses of Australia and New Guinea were not completely separated from each other geographically at that point.

Research estimates that around 31,000 years ago Aboriginal Australians then began to become genetically distinct from each other.

“The genetic diversity among Aboriginal Australians is amazing,” Anna-Sapfo Malaspinas, a researcher behind the 2016 study and an assistant professor at the Universities of Copenhagen and Bern reported. “Because the continent has been populated for such a long time, we find that groups of southwestern Australia are genetically more different from northeastern Australia, than, for example, Native Americans are from Siberians.”

Aboriginal civilizations have lived in Australia for so long that each group of people in the continent’s different areas have adapted to that region’s weather in unique ways.

That’s because Australia’s terrain is vast. As Aboriginals traversed the continent some groups stayed in certain areas and others continued to explore but eventually, these groups became geographically isolated from one another and subsequently became genetically distinct from one another.

Population estimates for the Aboriginal Australians vary greatly. Some estimates place the number around 300,000 while others say their total populations exceed 1,000,000. 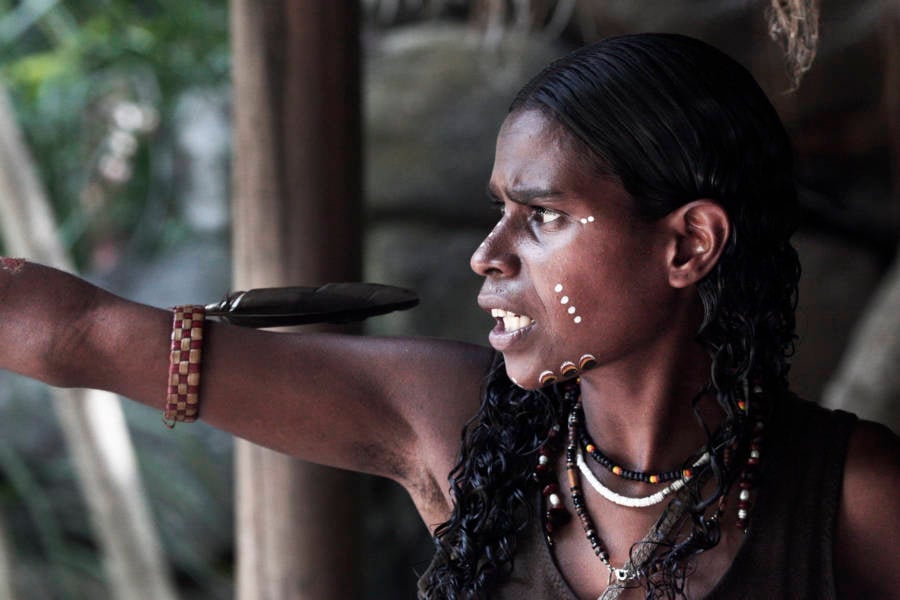 At the time of European settlement in Australia around 250 years ago, more than 200 different Aboriginal languages existed as well as hundreds of dialects which were spoken across the continent’s different tribes. The languages and dialects, like biological adaptations, vary throughout the geographical distribution of the different tribes and most of the peoples are bilingual or multilingual.

Despite the extremely long history of the Aboriginals in Australia, the most common language spoken today is relatively young. Language experts believe that the language which is spoken by 90 percent of Australia’s Aborigines is only 4,000 years old. 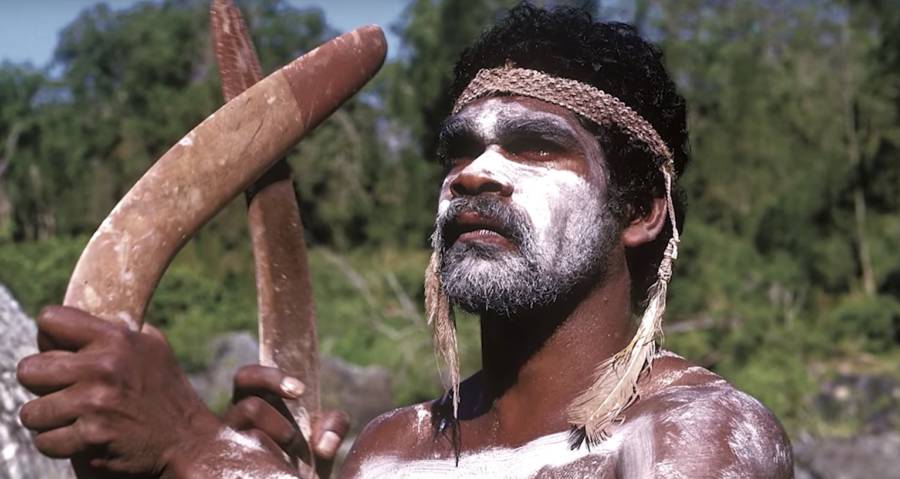 This conundrum has long perplexed researchers but one possible reason for the disparity is that there was a second mass migration of people speaking this language into the continent, which occurred around 4,000 years ago. However, the authors of the 2016 study believe that a “ghost-like” group of internal Aborigines who swept across the continent around that time were responsible for the linguistic and cultural linking of Australia’s indigenous people.

Australia’s Aborigines are one of the most diverse and mysterious civilizations in the world. They are the Earth’s most ancient culture and make up an important piece of Australian— and human— history.

Next, take a look at the six most remote places in human civilization. Then discover how Aboriginal Australians co-existed with giant reptiles and marsupials for over 17,000 years.