One of the searches made by Whitney Bosselman included "do people cry when they’re dying."

A mom in Connecticut was arrested after police found that she had made concerning Google searches on her phone shortly before the untimely death of her 5-year-old autistic son.

Police arrested Whitney Bosselman on October 15 and have charged her with criminally negligent homicide in connection with the death of her son.

The five-year-old was reported missing on May 3 and found dead in the family vehicle later that same day. 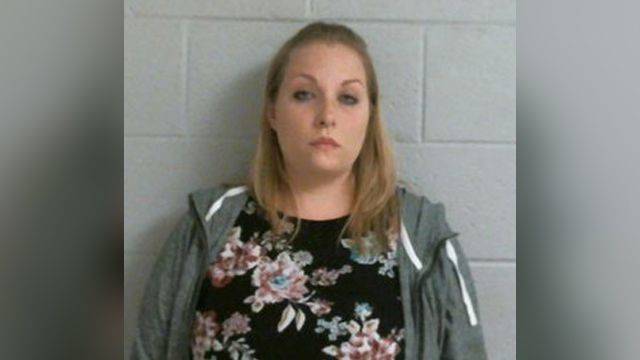 Bosselman’s arrest warrant states that police found Google searches on her phone which included phrases such as “do people cry when they’re dying,” “teen dies in minivan,” and “autistic children and reincarnation.” These search terms are being used as evidence against her and partially responsible for her arrest. Bosselman was released on $50,000 bond following her arrest.

She explained to police that her son was autistic and non-verbal, and had a habit of leaving the house and wandering off.

The boy was found by police minutes later buckled into a car seat in the back seat of a car parked on the property. He was unresponsive and without a pulse, and was pronounced dead on the scene after firefighters and EMS attempted to resuscitate him. It was reportedly 85 degrees that day.

On May 7, police received an anonymous tip that instructed them to check Bosselman’s video gaming accounts to confirm that she was, in fact, asleep during the time when she claimed her son went missing.

“Whitney Bosselman is a gamer with noise canceling headphones. Please look at her WoW (World of Warcraft) account/computer for active play around the time of her son’s death in case she was gaming and not actually napping.”

Messages found in Bosselman’s WoW chat logs troubled authorities. Some of them read, “also would like a bunk bed that i could make into a cage thing for him at night,” “seriously depressing though to have everything destroyed,” and “just tired of poop and scribbles and pee.”

Upon finding these messages, police looked at Bosselman’s internet history and found the aforementioned searches. They also found that a story about a father who confessed to killing his autistic son was visited multiple times in April.

The arrest warrant also noted that Bosselman and her son were living in terrible conditions. Investigators said that they found used diapers, bags of trash and moldy food on the floor of the home and that it smelled of feces and urine.

Whitney Bosselman turned herself in and pleaded not guilty to the charges. Her next court date is scheduled for November 6.

Next, check out this list of 23 famous people you didn’t know had autism. Then, read this story about a mother who made her daughter drink bleach to cure her autism.