While being on the spectrum can sometimes create challenges, these famous people with autism have been able to use their unique way of seeing the world to achieve great feats.

Some of these famous people with autism may surprise you. You may not have known that some of the best-known stars or some of the world’s most fascinating minds are actually on the spectrum: 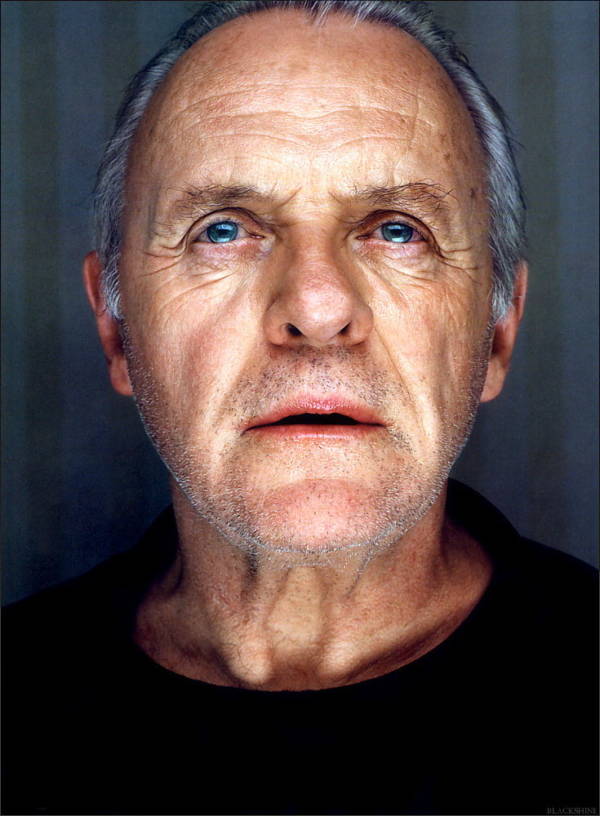 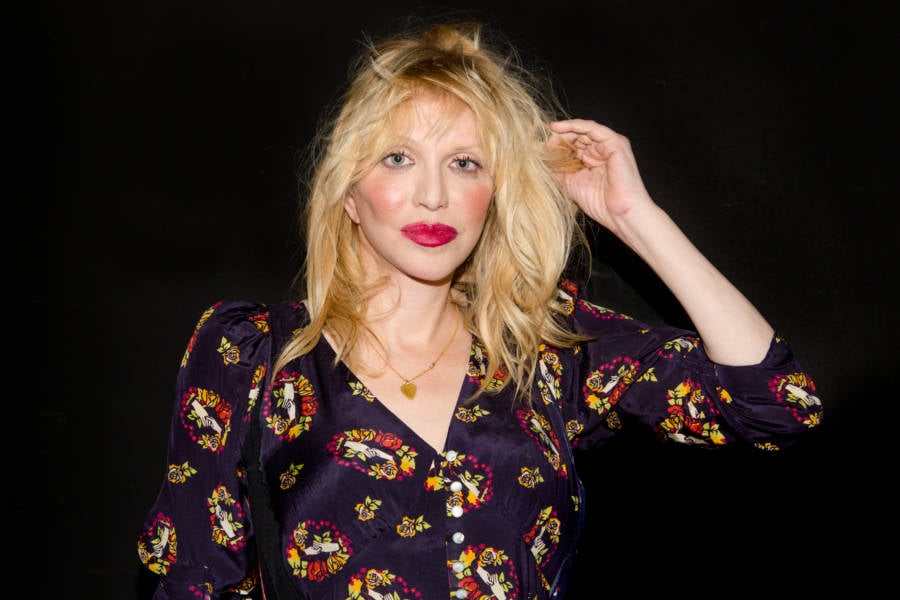 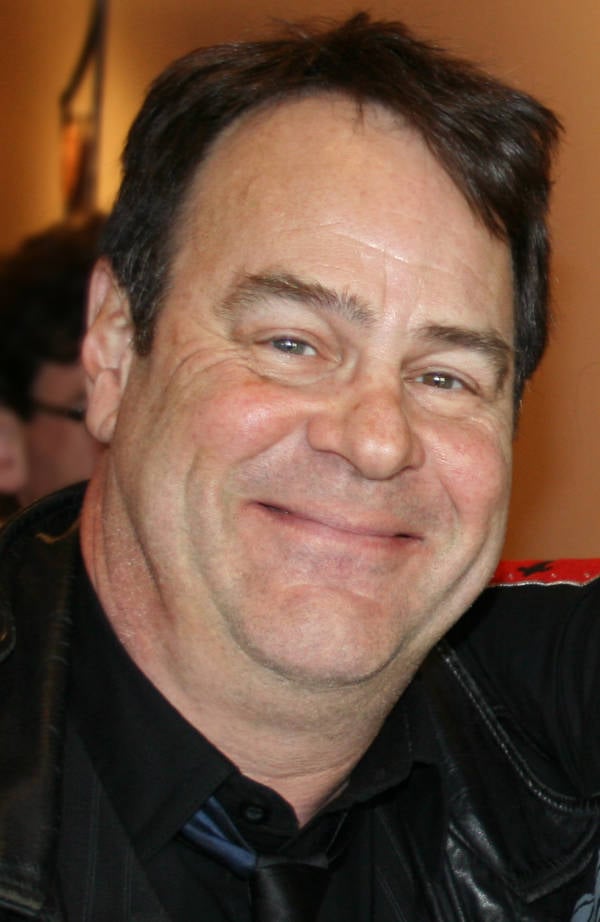 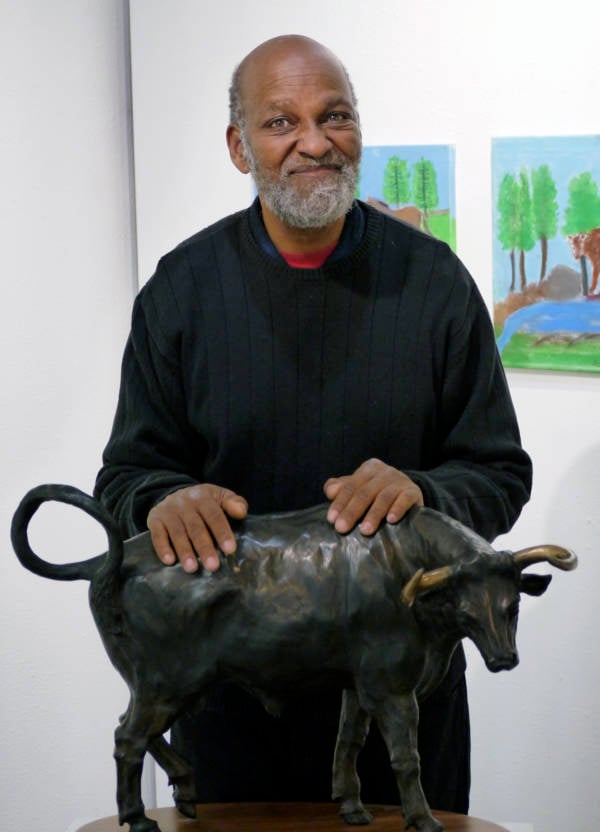 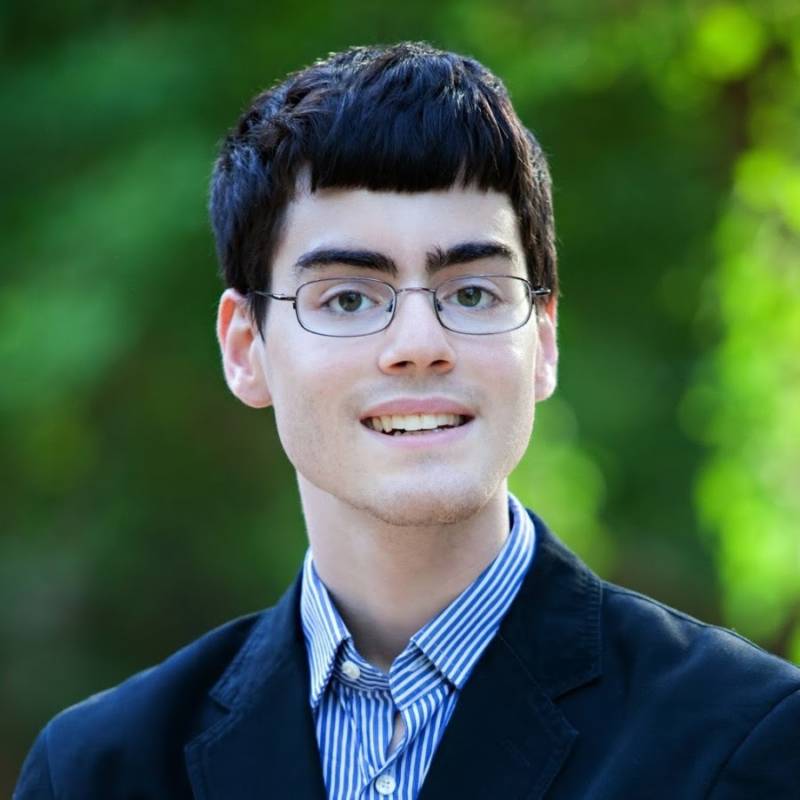 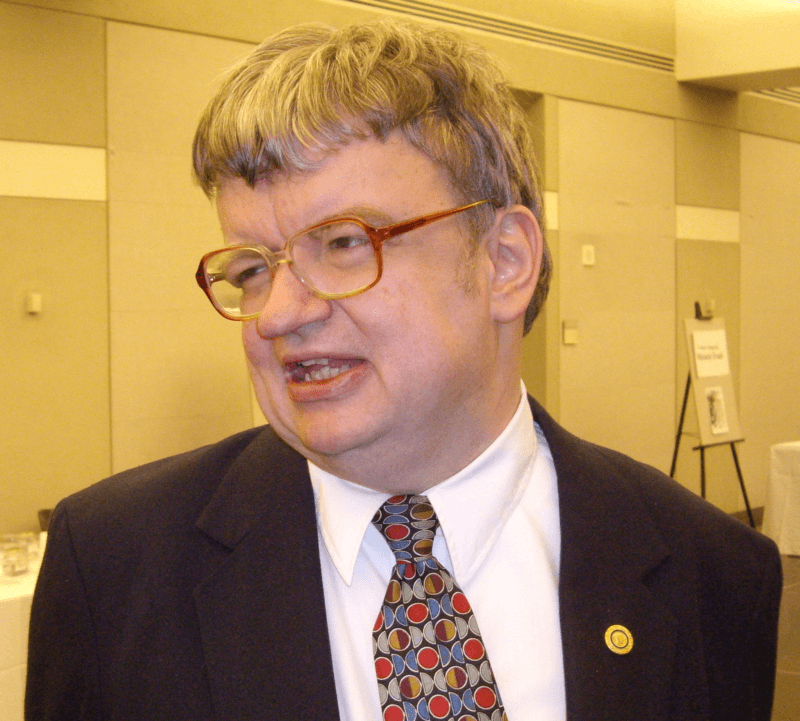 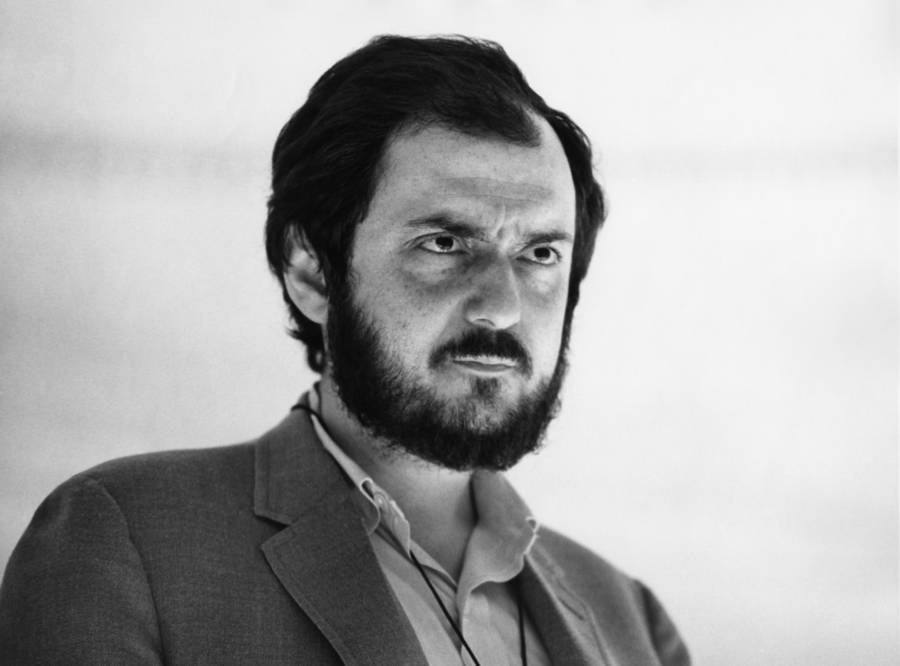 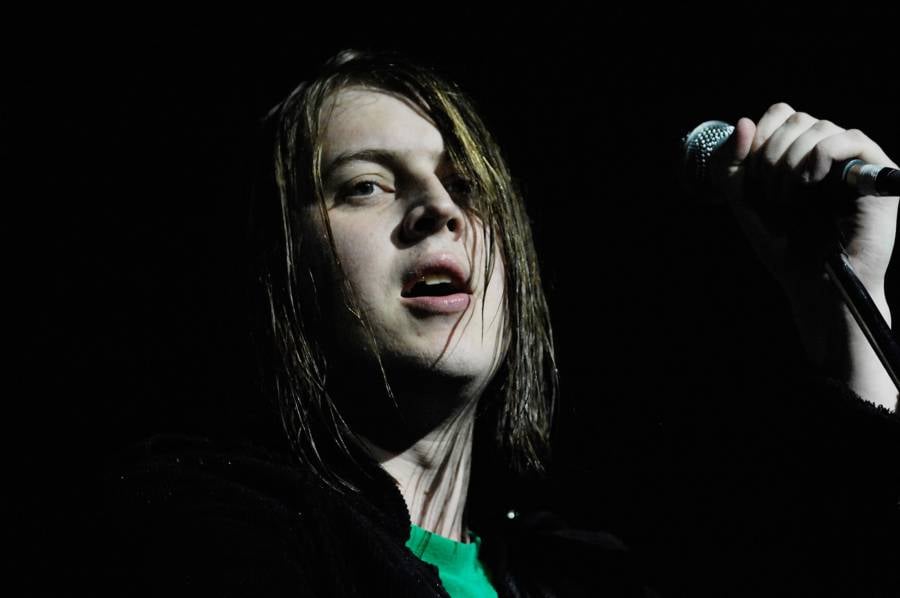 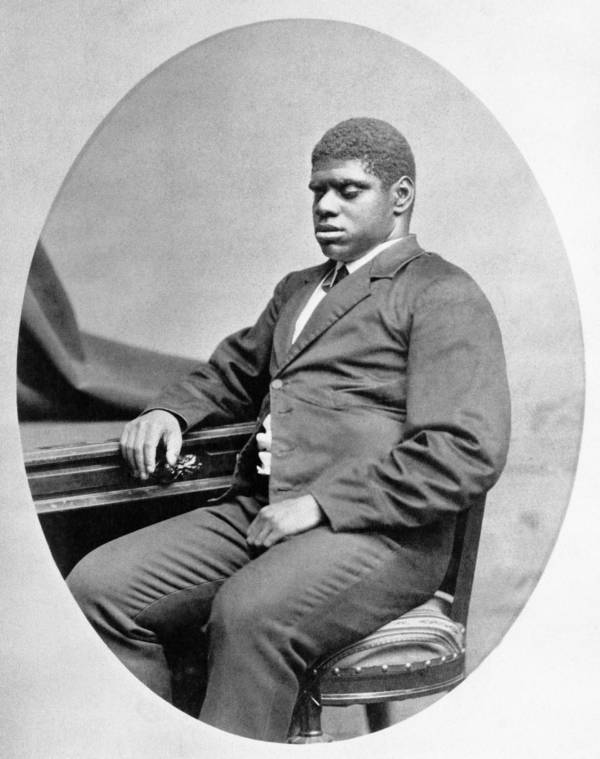 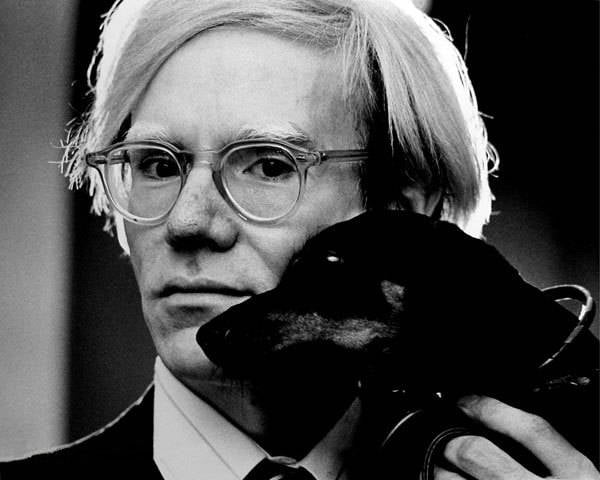 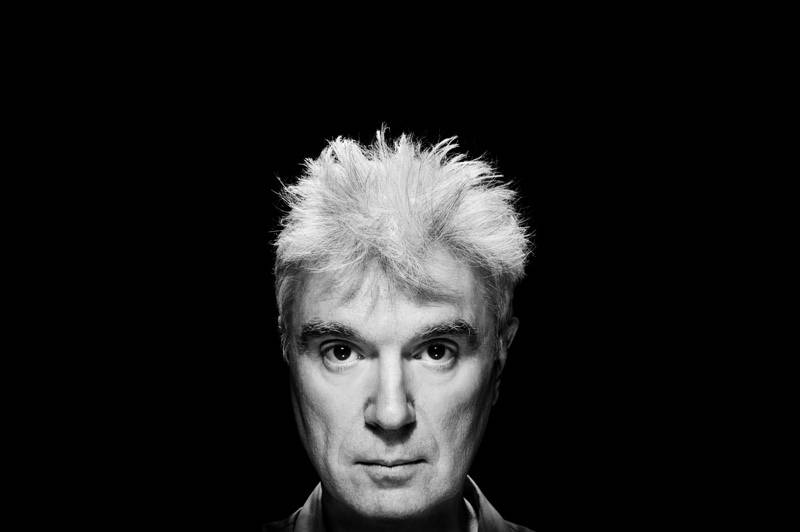 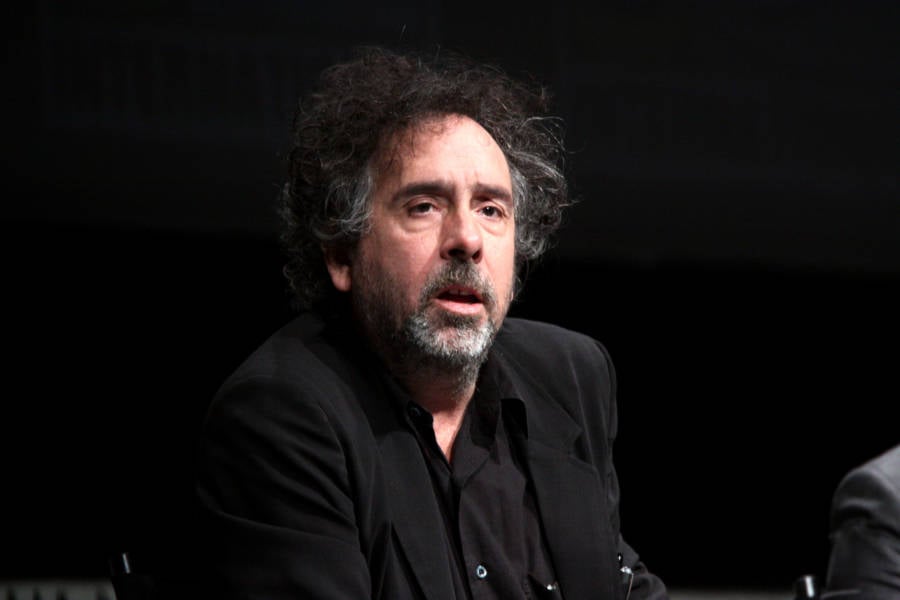 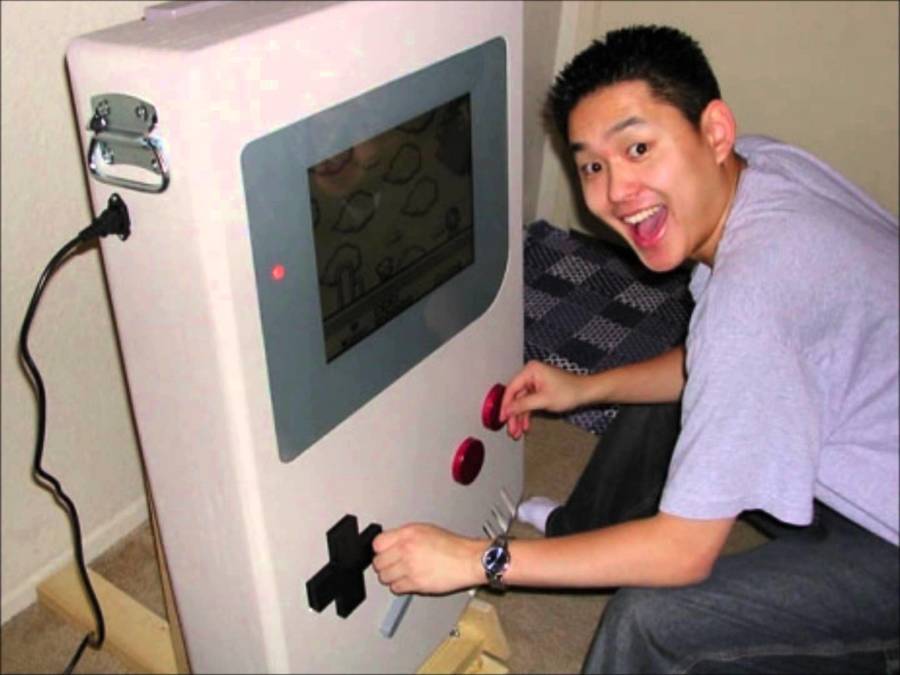 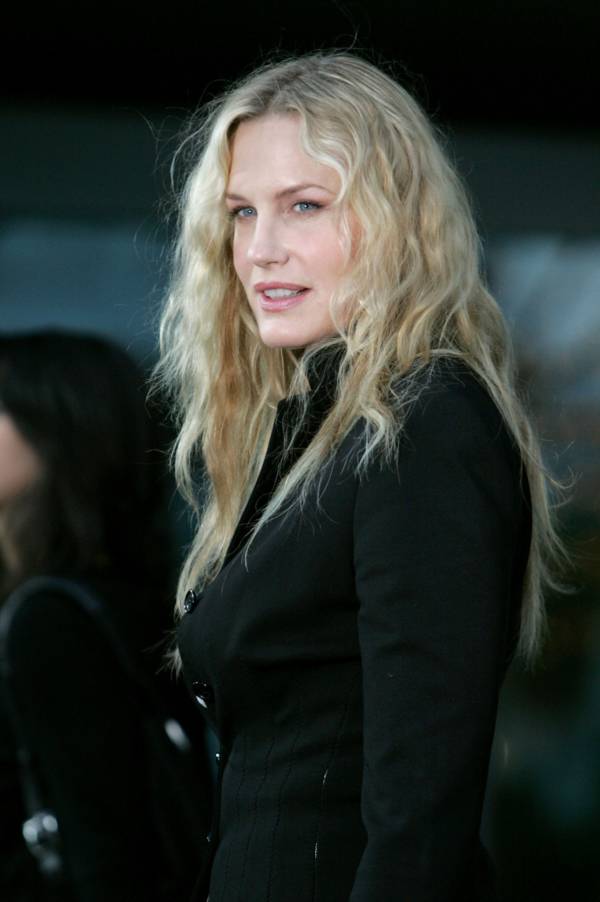 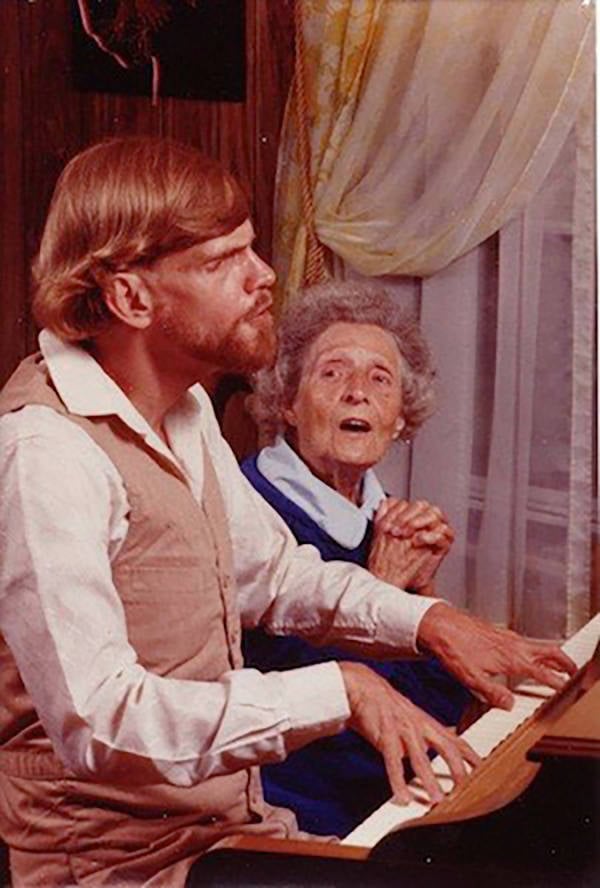 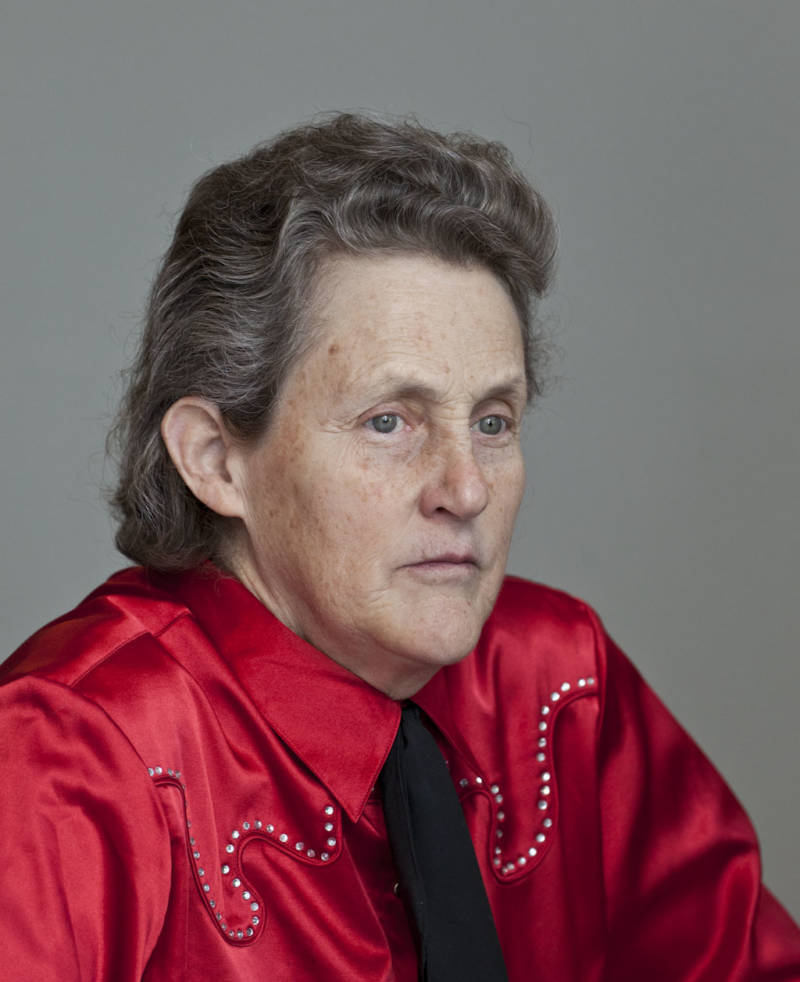 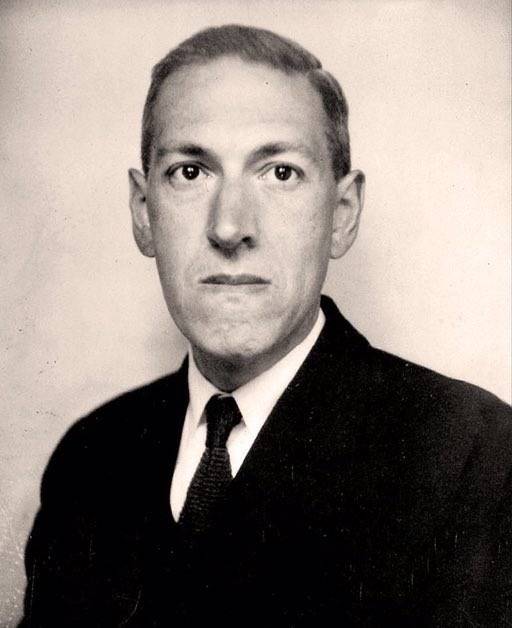 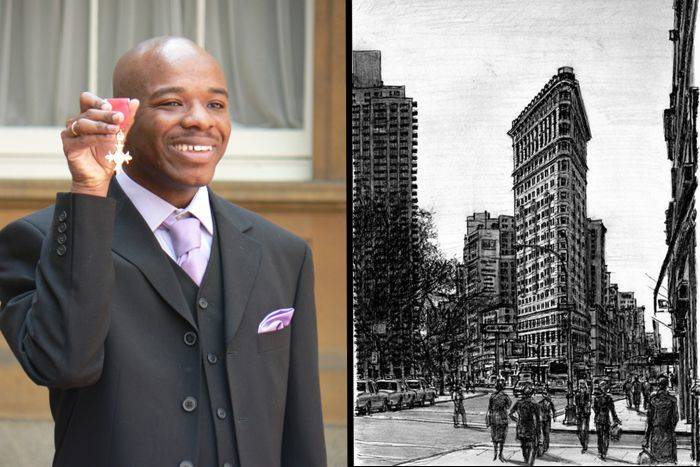 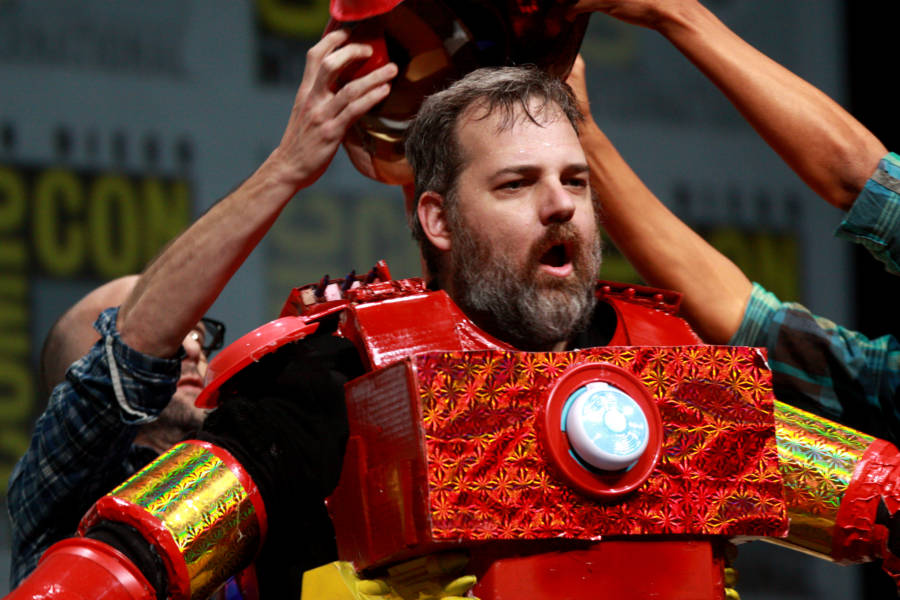 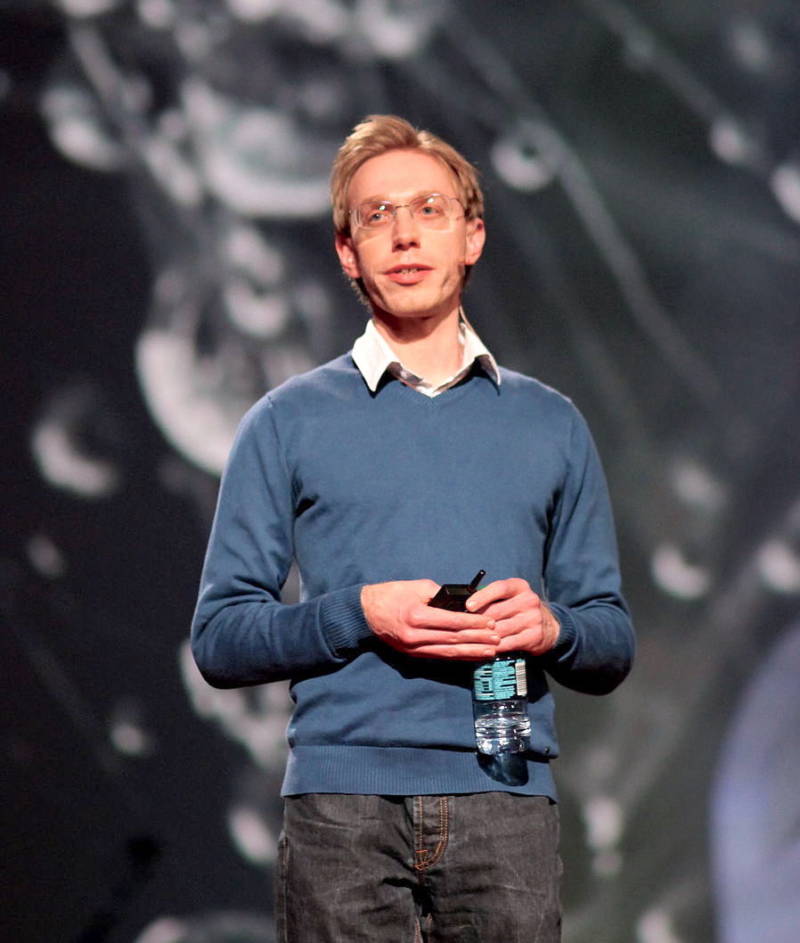 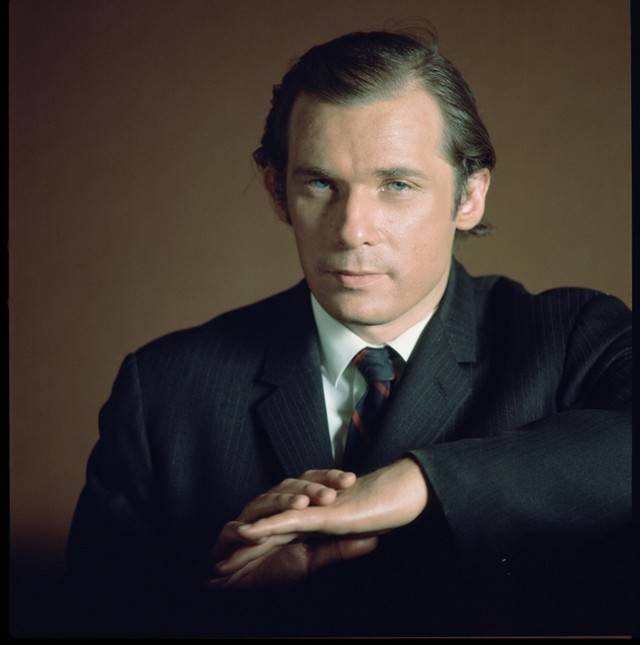 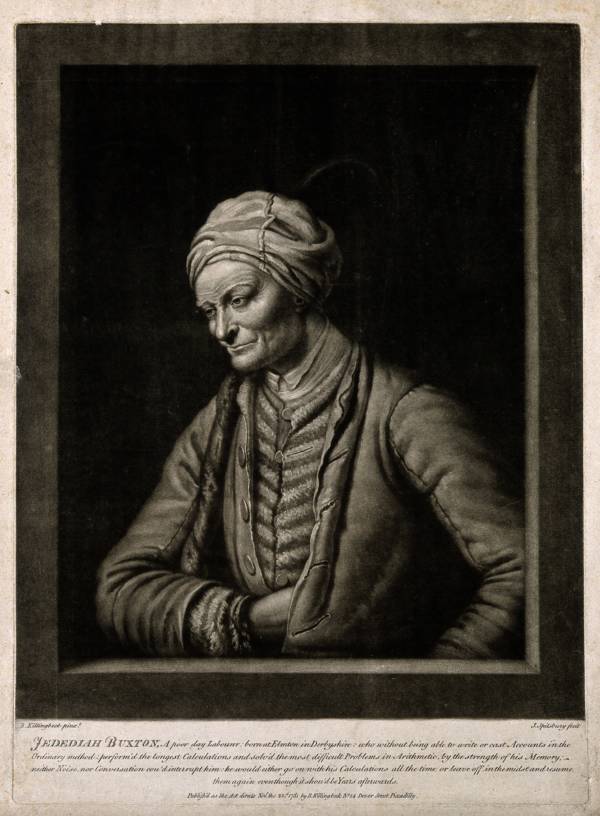 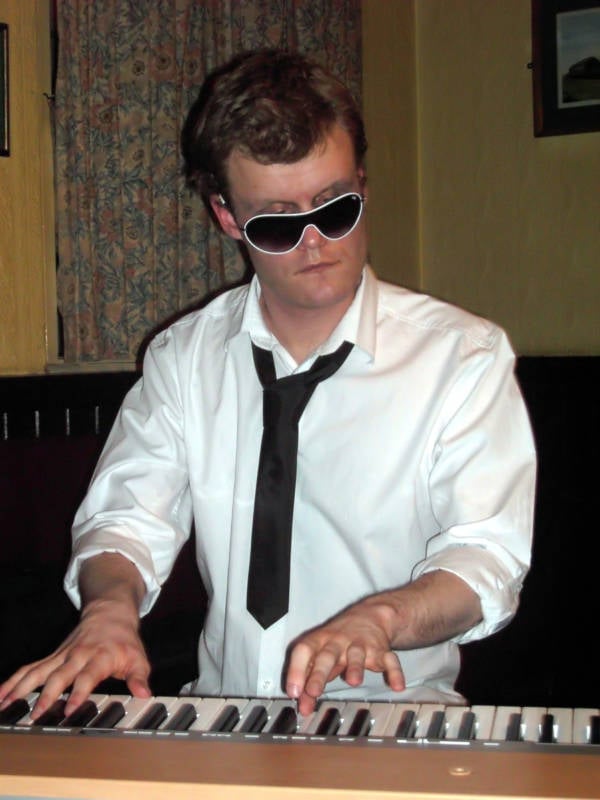 Anthony Hopkins was diagnosed with Asperger’s when, as he put it: “my wife was trying to figure out who she was married to.” He credits Asperger’s syndrome with making him extremely restless - and, in turn, an unusually hard worker.Flickr
2 of 24

Courtney Love, singer of Hole, was diagnosed as “mildly autistic” when she was a young girl. Though she was unusually intelligent, she struggled with school and with social interactions. Gabriel Olsen/Getty Images
3 of 24

“My very mild Asperger’s has helped me creatively,” says comedic star Dan Aykroyd. “I sometimes hear a voice and think: ‘That could be a character I could do.’”Wikimedia Commons
4 of 24

Alonzo Clemons's IQ is somewhere between 40 and 50 — but somehow, he is capable of creating incredibly detailed and lifelike 3D sculptures of animals. "No one taught him to do this," says Nancy Mason, his assistant. For Clemons, she says, sculpting is an unstoppable instinct. "When they took away his clay, he would sculpt anything he could get his hands on."www.alonzoclemons.com
5 of 24

Composer and pianist Matt Savage taught himself how to read music when he was just six-years-old. By the time he was 11, his music career was so successful that he was signed to Bösendorfer pianos and performing for heads of state around the world.YouTube
6 of 24

The inspiration behind the movie "Rain Man", Kim Peek was famous for being able to perfectly memorize any book he read. While he did not have the motor skills to button up his own shirt, Peek could perfectly recall the contents of 12,000 books.Wikimedia Commons
7 of 24

It’s been widely speculated that directory Stanley Kubrick had Asperger’s Syndrome. The director has been described as an “intense, cool, misanthropic cinematic genius who obsesses over every detail.” Kubrick’s single-minded obsession with filmmaking was so strong that he could only enjoy life when he was standing behind a camera. “I’m happy – at times – making film. I’m certainly unhappy not making films.”Keith Hamshere/Getty Images
8 of 24

Craig Nicholls, frontman of Australian rock band The Vines, was diagnosed with Aspeger’s Syndrome after being charged with assault for kicking a photographer during a show. When he was let go under the condition that he’d seek help for his condition, Nicholls shouted out: "I'm free!" When asked if Asperger’s was the root of his destructive behavior, Nicholls told an interviewer: “Yeah, I’d like to say that. That’s a good excuse anyway, for acting like a jerk.”Paul McConnell/Getty Images
9 of 24

Tom Wiggins was a master pianist of the 19th century, who could play anything he heard. Some called him the "human parrot" or the "human phonograph". One of Wiggins' most impressive tricks was playing three songs at once. He could play "Fisher's Hornpipe" with his left hand, "Yankee Doodle" with his right, and sing "Dixie" all at once.Wikimedia Commons
10 of 24

Andy Warhol was never diagnosed with autism while he was alive, but autism expert Dr. Judith Gould insists that he “almost certainly had Asperger syndrome.” Warhol’s monosyllabic conversational style, meticulously structured routines, and unique creative vision all show strong signs that the legendary artist was on the autism spectrum, Dr. Gould says.Wikimedia Commons
11 of 24

When asked about his condition, Talking Heads frontman David Byrne says that he just sees himself as “different” – not defective. “We all don't have to be the same,” Byrne has said. “I used to get annoyed when folks placed value judgements on sociability — implying those who are not gregarious or social are somehow less — it's just different.”Flickr
12 of 24

Tim Burton’s long-time partner, Helena Bonham-Carter, is convinced that the legendary director has Asperger’s. “You start recognizing the signs,” she has said. “We were watching a documentary about autism and he said that was how he felt as a child."Gage Skidmore/Flickr
13 of 24

The creator of Pokemon, Satoshi Tajiri, has been diagnosed with Asperger’s syndrome. His colleagues have described him as “reclusive” and “eccentric” – but his unusual brain is the mastermind behind one of the highest-grossing franchises of all time.Victoria Mulneix/YouTube
14 of 24

The Splash and Kill Bill actress has been fairly public with her childhood diagnosis of Asperger's. Hannah has said her autism has made her incredibly shy and fearful of large events. It is perhaps because of this that Hannah mostly stays clear of Hollywood anymore.Frazer Harrison/Getty Images
15 of 24

Leslie Lemke struggles with his motor controls so badly that he can't hold onto utensils without dropping them. When he sits down at the piano, though, he can play anything he hears. Lemke's foster parents first realized his talent when they heard him, without ever having taken a single piano lesson, sitting down and playing Tchaikovsky's Piano Concerto no. 1 after only having heard it once on television.Chicago Tribune's Sunday Magazine 1988
16 of 24

Temple Grandin's work has reshaped the way livestock are handled, thanks in a large part to her unique insight into how an animal's mind works. But today, she's best known for giving the world a unique insight into how the autistic mind works. Her books have helped tear down the stigma around autism and helped others to better understand how people with autism see the world.Flickr
17 of 24

Master of horror H.P. Lovecraft died before Asperger’s syndrome became a recognized diagnosis, but few have been posthumously diagnosed with it as often as he has. Multiple books have been written about Lovecraft’s unusual habits. “He certainly displayed all the symptoms,” one reads: “a lack of empathy and concern for others, obsessive interests, and a work ethic bordering on the compulsive.”Wikimedia Commons
18 of 24

Stephen Wiltshire is an artist with the uncanny ability to draw any landscape after only having seen it once. Pictured on the right is one of Wiltshire's incredibly photo-realistic drawings.Wikimedia Commons
19 of 24

“Rick and Morty” and “Community” creator Dan Harmon has never been formally diagnosed with Asperger’s syndrome, but he’s convinced that he has it. “I started looking up these symptoms, just to know what they are,” he said, “and the more I looked them up, the more familiar they started to seem.”Gage Skidmore/Flickr
20 of 24

Daniel Tammet made a name for himself when he recited pi from memory to 22,514 digits. His mind, though, is capable are far more incredible things than that. Tammet has the ability to master languages incredible quickly, once conducting a full interview in Icelandic after only studying the language for a week.Wikimedia Commons
21 of 24

Eccentric master pianist Glenn Gould, whose performances were marked by strange habits like rocking and humming while playing the piano, has long been suspected to have had Asperger’s syndrome. “Every new hall, every new piano and every new person was extremely stressful to Gould," says Dr. Timothy Maloney, director of the music division of the National Library of Canada. "As he grew older, he needed to be at a remove from society. This is an arch example of an Asperger's sufferer."Wikimedia Commons
22 of 24

Jedediah Buxton couldn't write a word, but he had an incredible ability to do math. In the 18th century, he found work as a human calculator — a man who could sum up any math equation anyone needed, entirely in his head.Wikimedia Commons
23 of 24

Derek Paravicini was born extremely premature at only 25 weeks. He was blind and suffered severe learning disabilities — but he also had absolutely perfect pitch. Paravicini was 9-years-old when he played his first concert with an orchestra. He has played for Princess Diana and been featured on countless shows, usually labeled a "superhuman".Wikimedia Commons
24 of 24 "Much of the time," says animal welfare pioneer Temple Grandin, "I feel like an anthropologist on Mars."

Grandin has autism, but it would be hard to call her condition a disability. She has a Ph.D. in animal science and has spearheaded some of the most important and revolutionary ideas in livestock handling of the past century. Indeed, Grandin's innovative ideas were made possible by her unique way of seeing the world.

Still, life as a woman with autism is not without its challenges. For Grandin, relating to other people with conventional brains – "neurotypicals", as the autism community often calls them – can be very difficult.

It's part of the strange, often poorly understood realities of life with autism. It's a condition that can often go unnoticed; an invisible challenge that affects an estimated 1 in 59 people.

But it isn't always just a disability. It's a condition that can come with some incredible gifts – especially for these famous people with autism.

"Autism" is a very broad term. It describes a whole spectrum of conditions, all characterized by a few common traits, and just to name a few like repetitive behaviors and challenges with communication and social skills. For instance, you may have heard of or know of a person diagnosed with Asperger's syndrome, which is also considered a spectrum disorder.

Some famous people on the autism spectrum are high-functioning which means that they can better integrate into society – even if they often see things slightly differently from the rest of their peers.

Others, however, are more strongly affected. One-third of those with autism suffer from an intellectual disability, and about just as many are susceptible to epilepsy.

One could say that a person with autism is wired differently. Their brain's nerve cells and synapses are organized in a different way, and, as a result, process information uniquely.

Autism can sometimes leave people feeling isolated. "I do not fit in with the social life in my town or university. ... Most of my Friday and Saturday nights are spent writing papers and drawing," Temple Grandin has said. "My life would be horrible if I did not have my challenging career."

But autism isn't without its gifts. The unique wiring of the brain often gives people with autism a whole different outlook on the world, letting them see it in ways other people wouldn't even consider. And with that unique perspective can there also be an incredible memory or an unrelenting focus on one's passions.

But without the unique point of view that autism creates some of the great breakthroughs in human history may never have happened. Without people to see things a little differently, our world would simply stay the same.

Next up in famous people with autism, read about Kim Peek, the savant who inspired Rain Man. Then, check out these historical figures with mental disorders that you may not have known about.