Inside The Astounding Life Of Kim Peek – The Real Rain Man

Watch the unbelievable feats of Kim Peek, the real Rain Man, and discover exactly why he was so special in the first place.

In the film Rain Man, Dustin Hoffman plays an autistic savant with an incredible ability to remember details, count hundreds of spilled toothpicks at a glance, and perform other astounding mental feats. But as popular as that film remains, many may not realize that Hoffman’s character was based on an actual person: Kim Peek, the real Rain Man.

And Peek’s incredible life was even more amazing than the film lets on.

Peek was born with a truly extraordinary brain, one that lacked the cluster of nerves that connects the two hemispheres. But as he grew, this abnormality led to some surprising abilities. 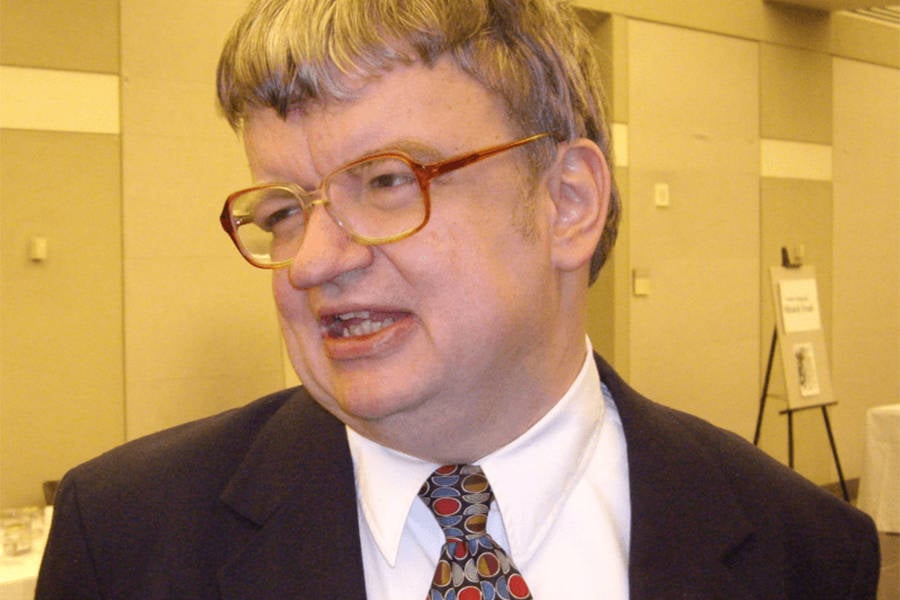 By the age of two, Kim Peek was already able to memorize huge amounts of information. He also had an unusual ability to read books at an incredible speed. Peek could finish most books in under an hour while remembering almost everything that he had read.

Part of this ability was informed by the fact that he could actually read two pages, one with each eye, at the same time. Scanning the right page with his right eye and the left page with his left eye, Kim Peek spent most of his life reading.

Combined with his incredible ability to store information, this turned Peek into a walking encyclopedia. For instance, Peek could give detailed driving directions to cities across the world based on maps he had simply once glanced at.

Furthermore, the real Rain Man had a remarkable ability to make mental calculations involving calendars. For example, you could give Peek any day in history and he would be able to tell you what day of the week it fell on. He would frequently approach strangers and amaze them by telling them what day of the week they were born on based on their birth date, as well as some of the most important events that happened on that day:

So what exactly gave Kim Peek his amazing abilities?

Researchers have suggested that being born with no connection between the hemispheres of his brain meant that he was able to process more information at once. Unlike many people with the condition, however, Peek’s brain developed different connections that most people don’t have. These extra connections let Peek recall incredible amounts of information.

However, Kim Peek’s condition also led to serious problems. In spite of his incredible memory, Peek struggled intellectually. He had problems with subjects requiring reasoning abilities like mathematics and his I.Q. was shockingly only around 87, which is below the normal range of approximately 90-110.

Peek also had developmental problems. He didn’t learn to walk until he was almost four years old and he required help to do basic things like buttoning up a shirt. Luckily for Peek, he had an incredibly devoted father, Fran, who spent most of his life looking after his gifted son and performing the tasks that Peek found difficult.

In 1984, the Peeks met screenwriter Barry Morrow, which led to the creation of the script for Rain Man. The resulting popularity of the movie led to many television appearances for Kim Peek as well as interest from scientists who ran a series of MRIs on him in order to help expand our understanding of how the human brain works.

Kim Peek eventually died of a heart attack in 2009 at just 58. It was the end of an incredible life.

As Barry Morrow once said of Peek, “I don’t think anybody could spend five minutes with Kim and not come away with a slightly altered view of themselves, the world, and our potential as human beings.”

After this look at Kim Peek, the real Rain Man, read about more true tales that inspired beloved movies, including the stories of Rod Ansell, the real-life Crocodile Dundee and Henry Hill and the real-life Goodfellas.