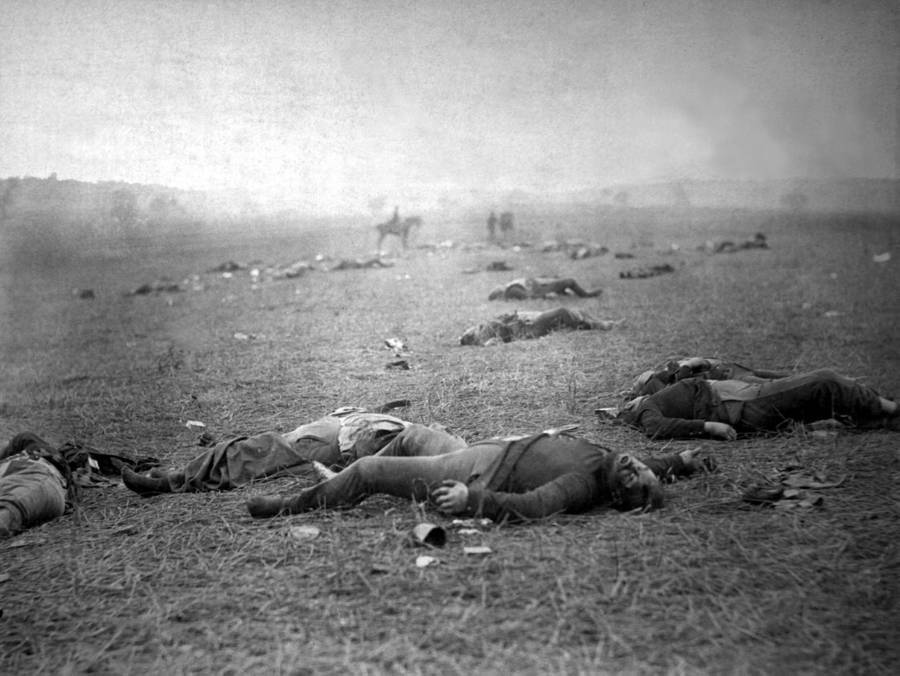 Timothy H. O’Sullivan/Wikimedia CommonsKnown as the “Harvest of Death,” this photo shows Union soldiers scattered across the battlefield.

The Battle of Gettysburg in Pennsylvania lasted for three days, from July 1 to July 3, 1863. It left more than 40,000 dead or wounded soldiers scattered across the battlefield. When the deafening gunfire ceased and the smoke settled, it became clear that the Civil War battle had killed 7,000 to 10,000 men.

After decades of tension over slavery between northern and southern states, the election of Abraham Lincoln in 1860 caused seven southern states to secede. Fought by the northern Union Army and the southern Confederates, Gettysburg became the bloodiest battle ever fought on American soil.

Confederate General Robert E. Lee had hoped to win this battle north of the Mason-Dixon Line to force the north into negotiations. While his army of 28,063 soldiers exceeded Union General George Meade’s by 5,000, he failed and fled south. 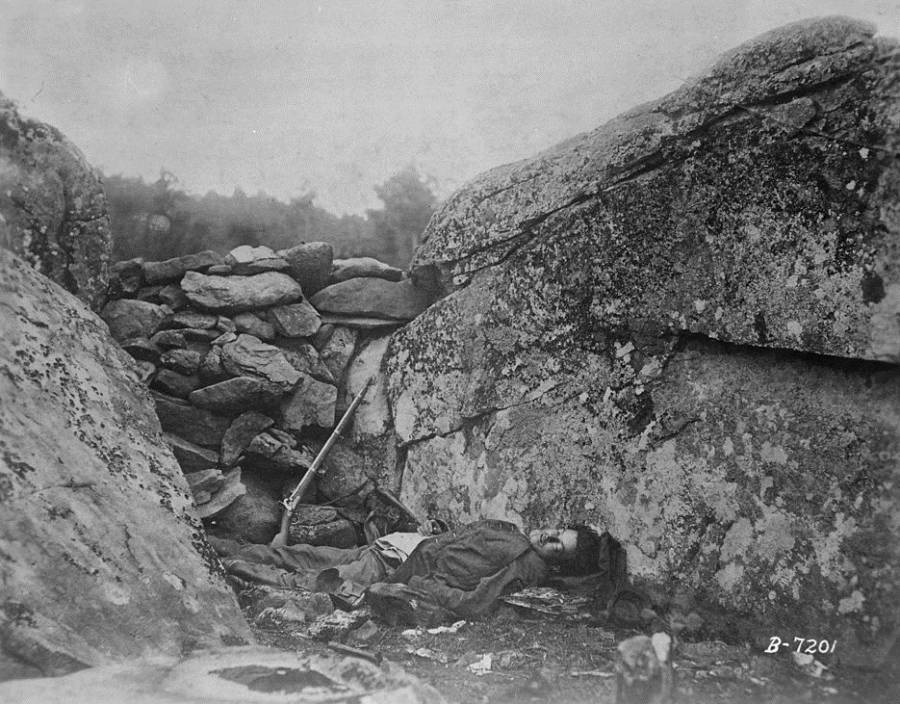 Mathew Brady/Wikimedia CommonsThe body of a Confederate sharpshooter is left lying where he was shot.

The battle’s aftermath as detailed by a New Jersey soldier was macabre:

“Some with faces bloated and blackened beyond recognition, lay with glassy eyes staring up at the blazing summer sun; others, with faces downward and clenched hands filled with grass or earth, which told of the agony of the last moments. Here a headless trunk; there a severed limb; in all the grotesque positions… they lay.”

By the end of the third day, Confederate casualties had approached 60 percent, with 3,903 men killed. While 18,735 of them lay wounded, 5,425 had either been captured or gone missing. When General Lee withdrew on the rainy afternoon of July 4, the Union tallied its own losses to fewer, albeit similarly harrowing results.

With 3,155 soldiers killed, 14,529 wounded, and 5,365 captured or missing, the Union victory certainly didn’t feel like one. Soldiers on both sides had never engaged in strife of this scale before, with many traumatized or disfigured for the rest of their lives.

Most grueling of all, the Civil War would rage on for two more years. When General Lee capitulated in April 1865, it finally ended — but only after 750,000 soldiers and 50,000 civilians had died in the conflict.