Humanity has conjured a constellation of ways to conduct executions, and this may be one of the wildest methods of them all. 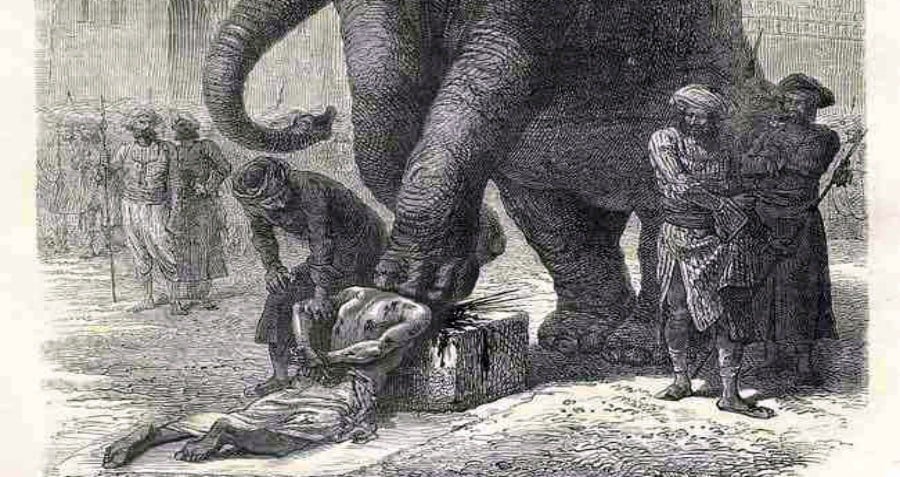 Capital punishment has always been cruel, but that cruelty has changed over time and varies in accordance with place-specific cultural mores and legal norms. Still, the prospect of meeting your end under the weighty foot of a compliant elephant seems too absurd to be real.

However, the strange but true practice of death by elephant was a common method of public execution popular in Southeast Asia, predominantly India, from the Middle Ages until as recently as the late 19th century.

Also known as Gunga Rao, these executions relied on the brute force of a pachyderm to crush its victims to death, usually pressing on their head or abdomen with a giant foot which bore all of its weight.

While enemy soldiers were most commonly found at the receiving end of this unusual punishment, petty criminals found guilty of offenses such as tax evasion and even theft were also subject to execution by elephant. 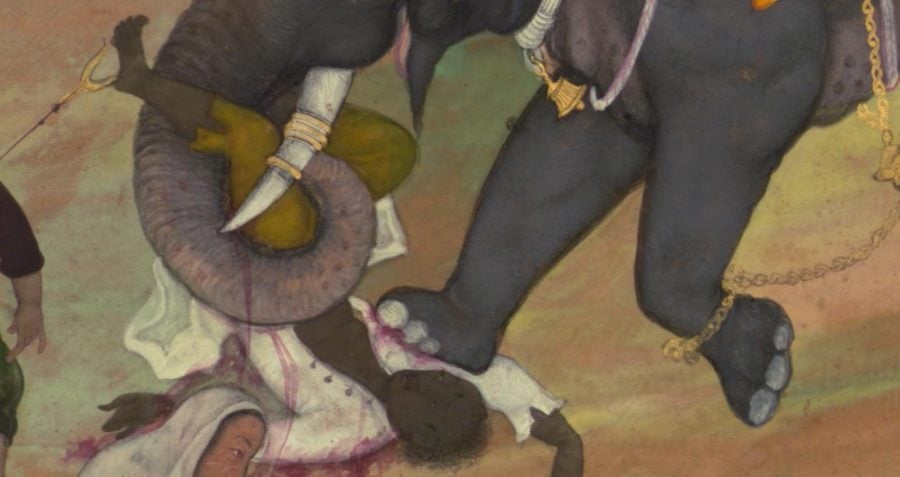 According to one account by the French writer, photographer, and traveler Louis Rousselet, the ordeal was just as gruesome as one might imagine, with the convicted forced to place his head on a pedestal, where he would await the massive weight of an oncoming elephant to squeeze the very last breath from his being.

Several additional accounts of Gunga Rao have been documented over the ages, including this eyewitness narration by Moroccan traveler and scholar, Ibn Battuta, in which he recalls an emperor who took particular delight in this method of capital punishment:

Upon a certain day, when I myself was present, some men were brought out who had been accused of having attempted the life of the Vizier. They were ordered, accordingly, to be thrown to the elephants, which had been taught to cut their victims to pieces. Their hoofs were cased with sharp iron instruments, and the extremities of these were like knives.

On such occasions the elephant-driver rode upon them: and, when a man was thrown to them, they would wrap the trunk about him and toss him up, then take him with the teeth and throw him between their fore feet upon the breast, and do just as the driver should bid them, and according to the orders of the Emperor. If the order was to cut him to pieces, the elephant would do so with his irons, and then throw the pieces among the assembled multitude: but if the order was to leave him, he would be left lying before the Emperor, until the skin should be taken off, and stuffed with hay, and the flesh given to the dogs.

While a straight-up head stomping was the typical method of execution, other methods of torture were implemented as well, with some elephants trained to slice criminals into bits with the aid of blades fitted onto their tusks.

In nearby Sri Lanka, executioner elephants were said to use their tusks to stab their victims to death, while Thailand preferred its incarcerated to be flung like ragdolls before having the life stomped out of them. Perhaps the most inhumane was the Vietnamese method of tying criminals to a stake before commanding an elephant to charge them, crushing them into oblivion. 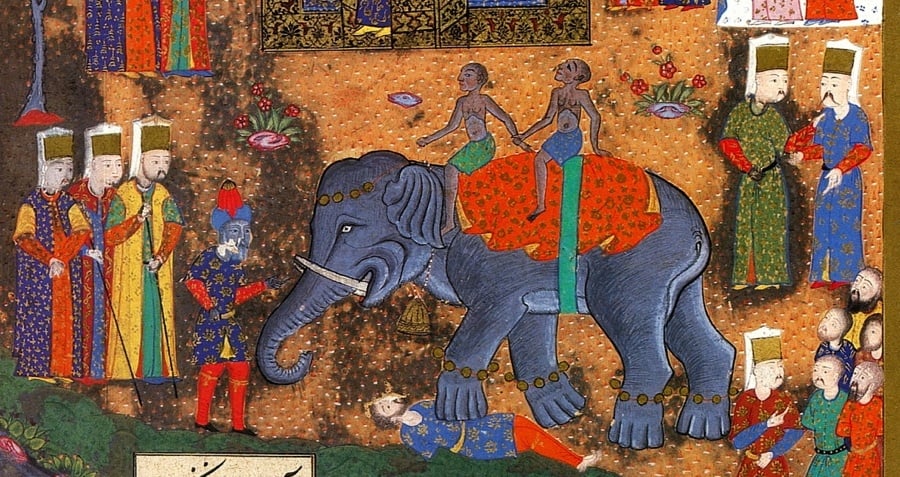 With much more traditionally feared creatures available to deliver their justice, why choose an elephant to serve as executioner?

Well for starters, elephants are known for being highly intelligent and easily trainable. This trait allowed for the executing elephant to learn to torture their victims before eventually killing them, should their commanders so desire and some elephants have been said to answer to orders to break a criminal’s limbs before delivering the final crushing blow.

One of the earliest examples of the force of elephants used against man dates back to the year 220 BC, with the Carthaginian general, Hannibal, at the Battle of the Tagus River. There, armed with the power of 40 elephants, Hannibal forced an army of 100,000 Celtiberian tribesmen to retreat from his advances for fear of being stomped to death.

Following the proven effectiveness of Hannibal’s “war elephants,” the use of the massive beasts would increase over time, from aiding in Hannibal’s eventual crossing of the Alps in the year 218 BC, to their part in the creation of Angkor Wat in the 12th century AD, where they can still be found giving rides to tourists today. 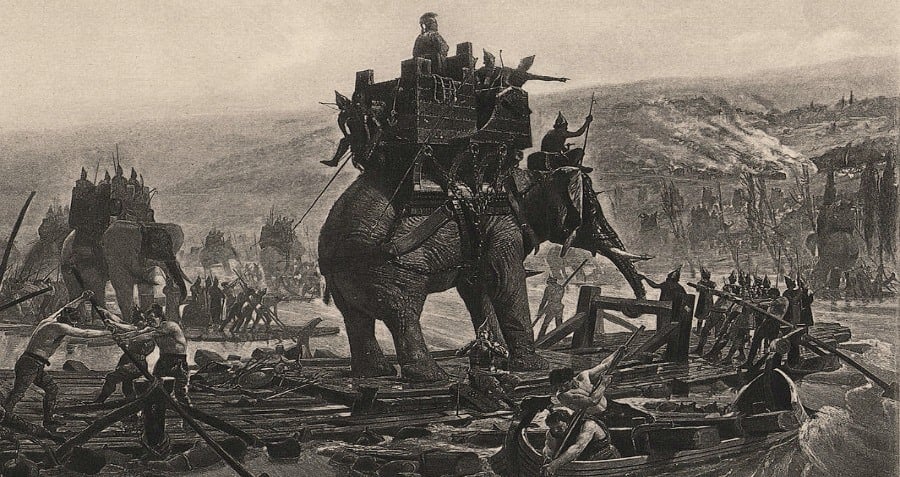 Sometime between the 5th and 15th centuries AD, the use of elephants took a more sinister turn with the practice of Gunga Rao. Not only was the use of execution by way of elephant a feared and highly effective form of penalty by death, many believe the method was designed to demonstrate the all-encompassing power of the area’s ruling emperor, for whom even nature was controllable.

The practice of Gunga Rao eventually died out as the British Empire continued to grow in power in many of the areas where the practice was once common.

Today, elephants, still as easily trainable and smart as ever, are still used for various entertainment practices, mainly as attractions in modern circuses across the world.

For more on animals-turned-weapons, read about the strange history of military dolphins. Then, have a look at the ten worst execution methods throughout history as well as these 21 fascinating elephant facts.