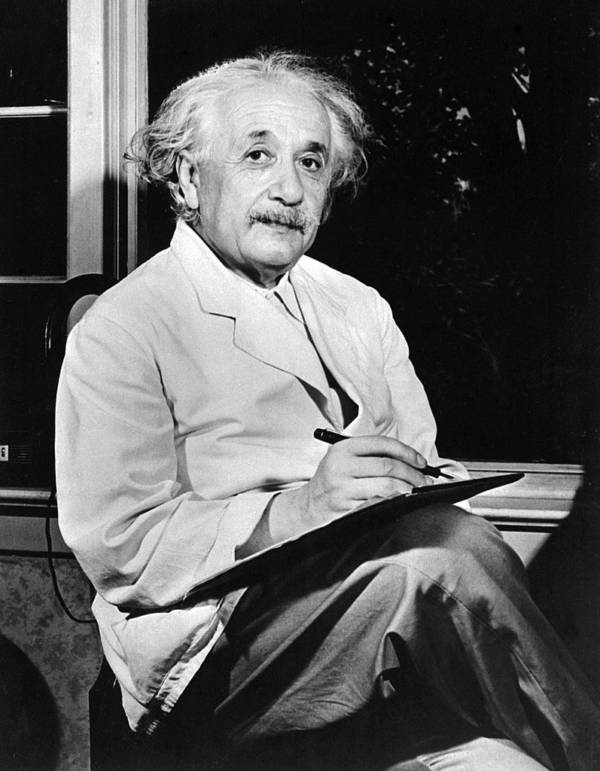 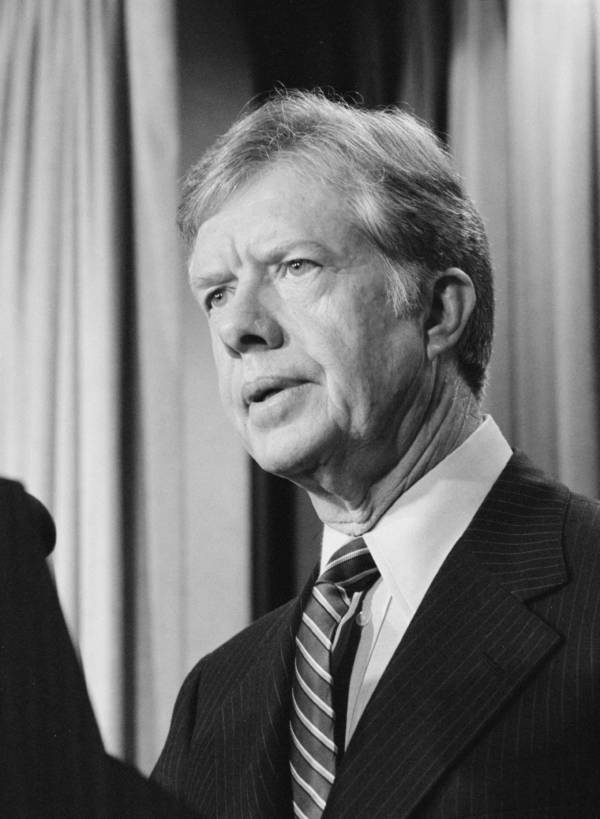 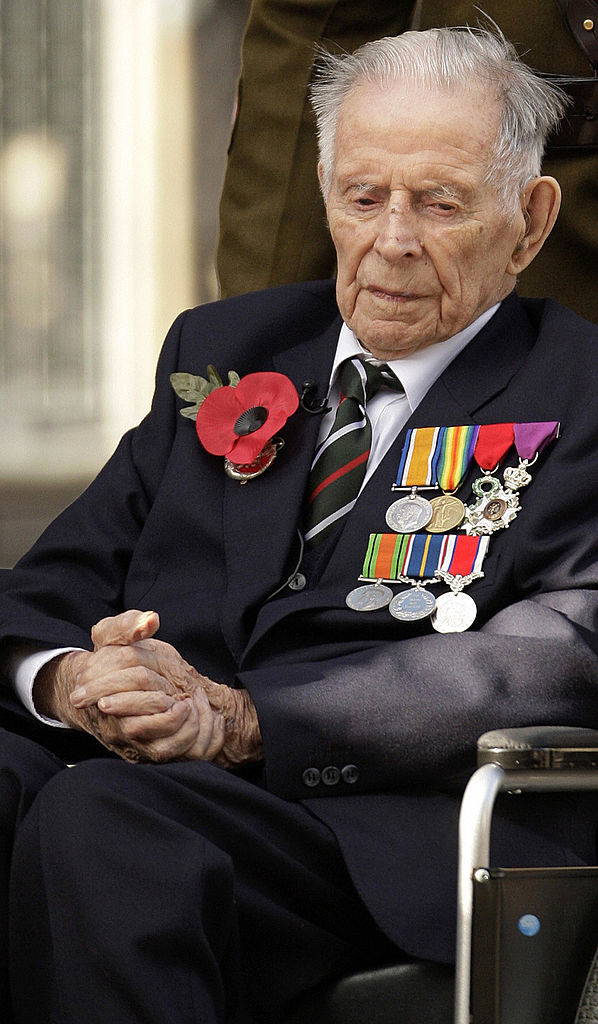 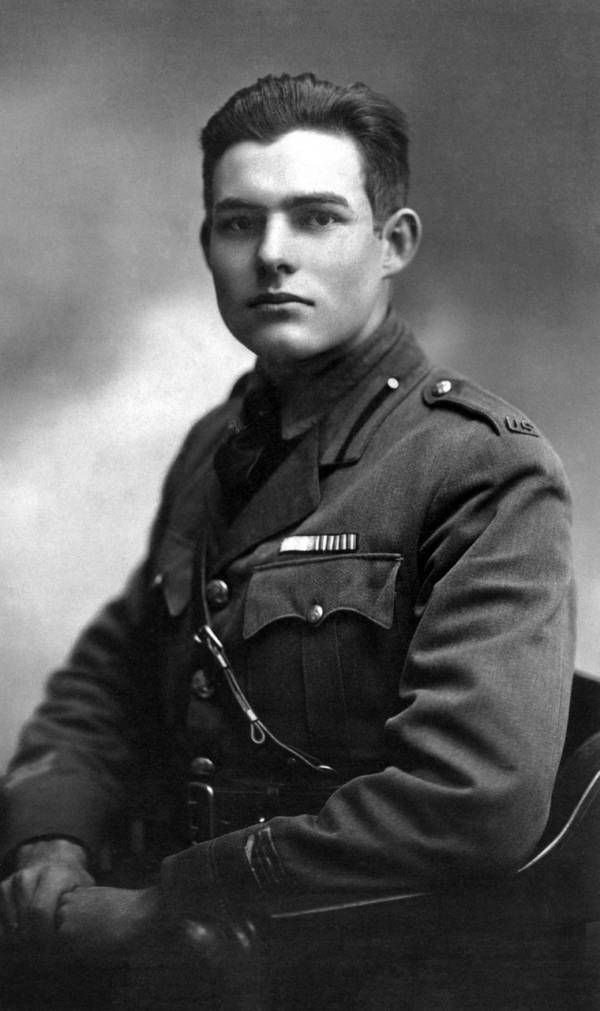 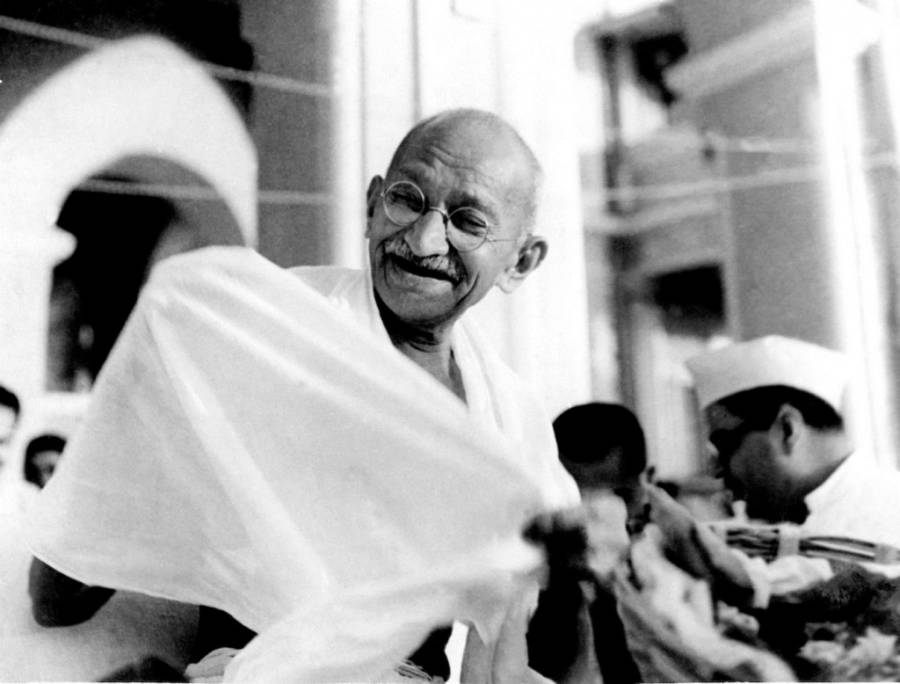 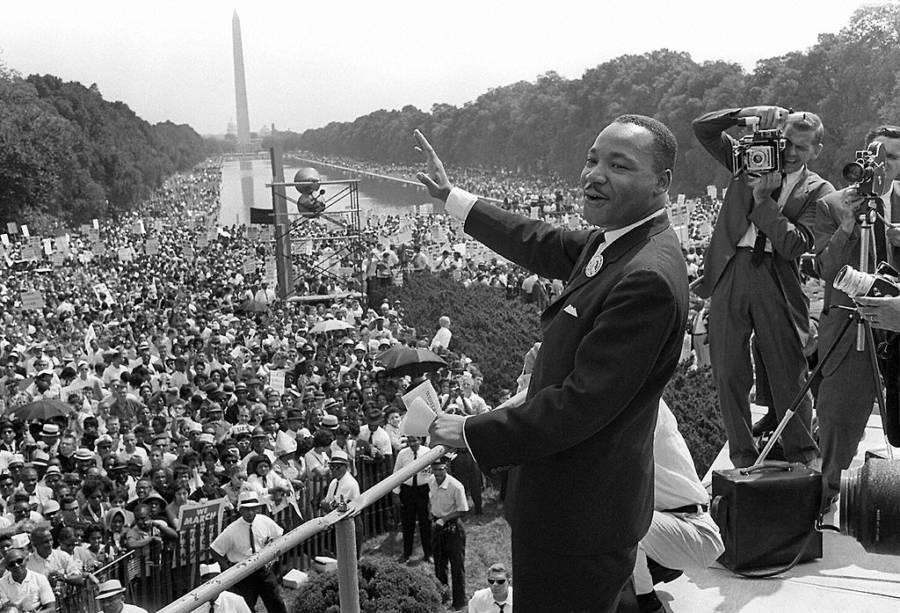 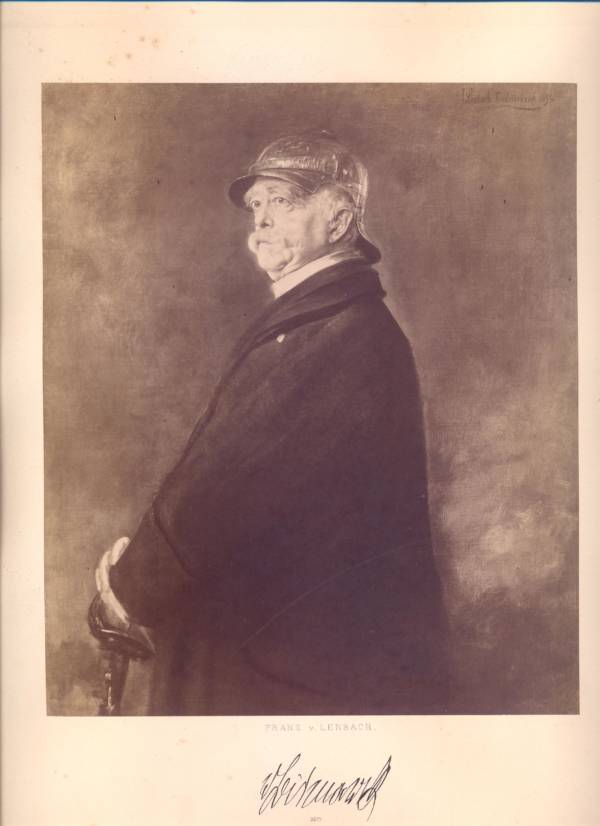 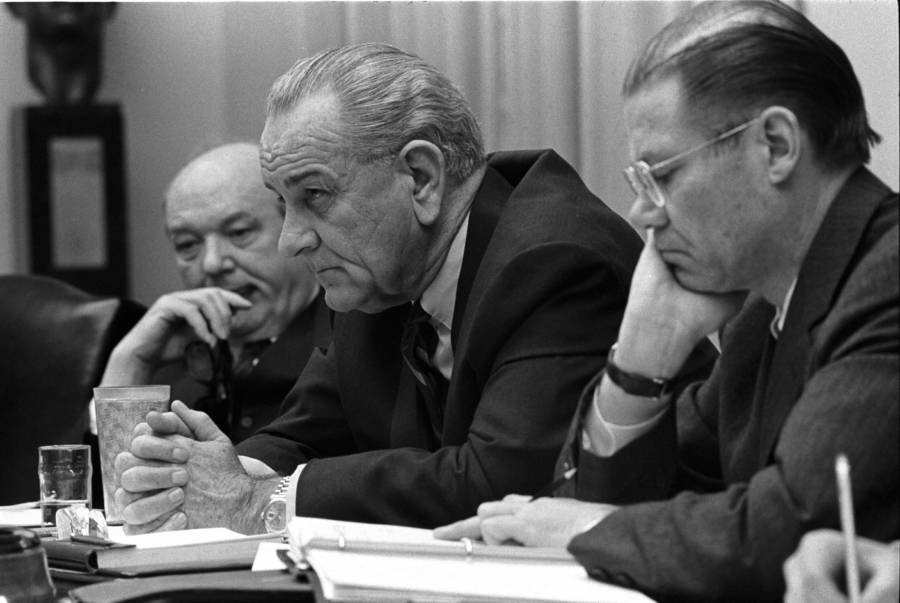 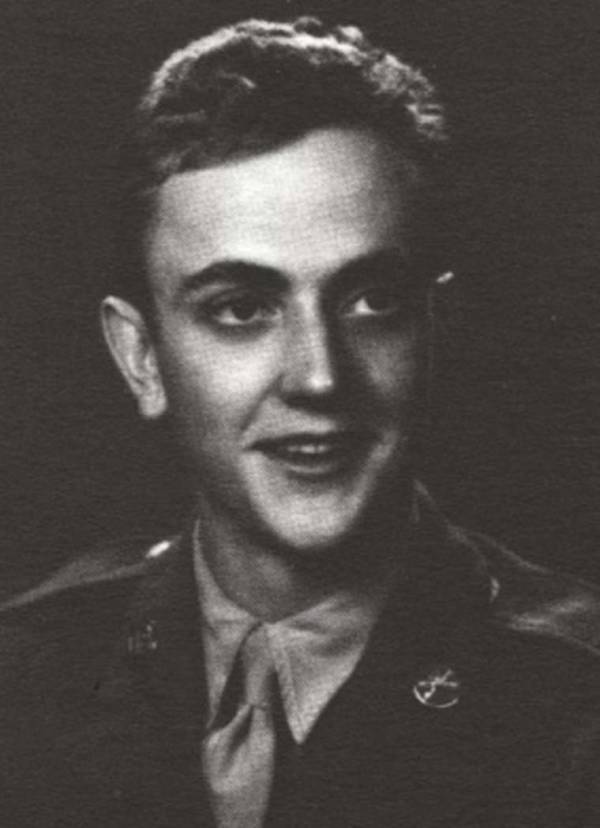 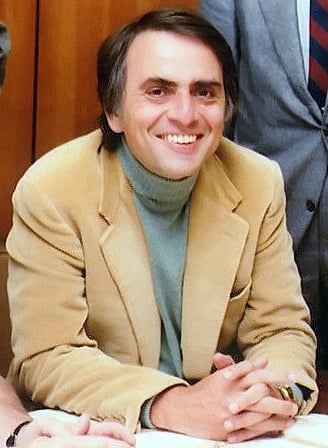 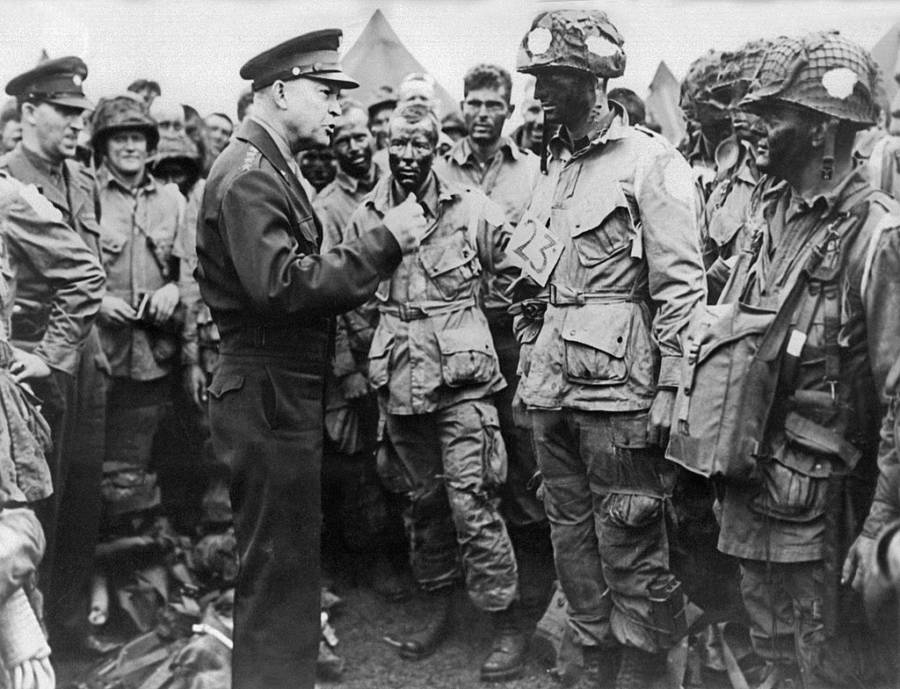 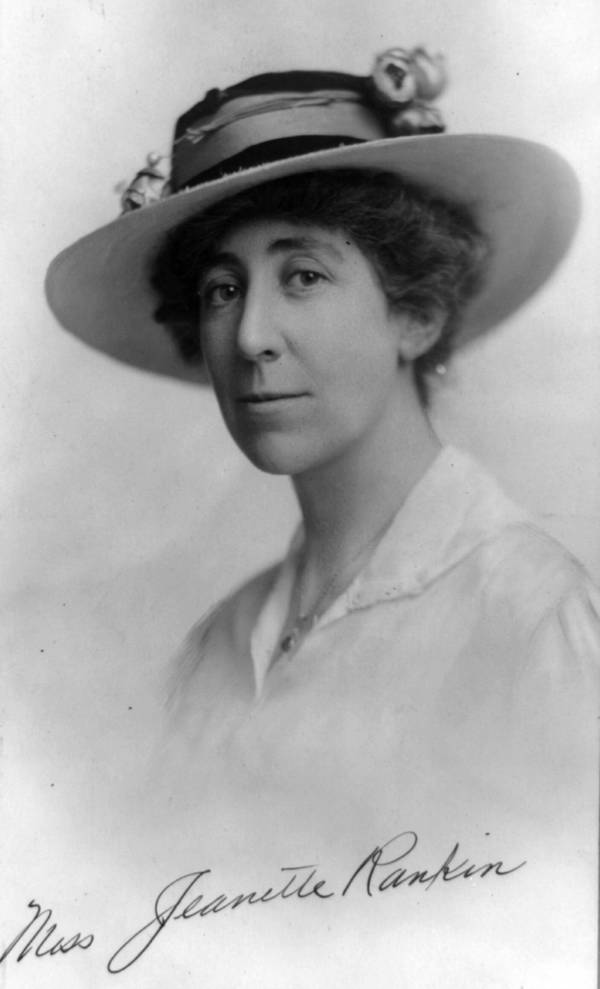 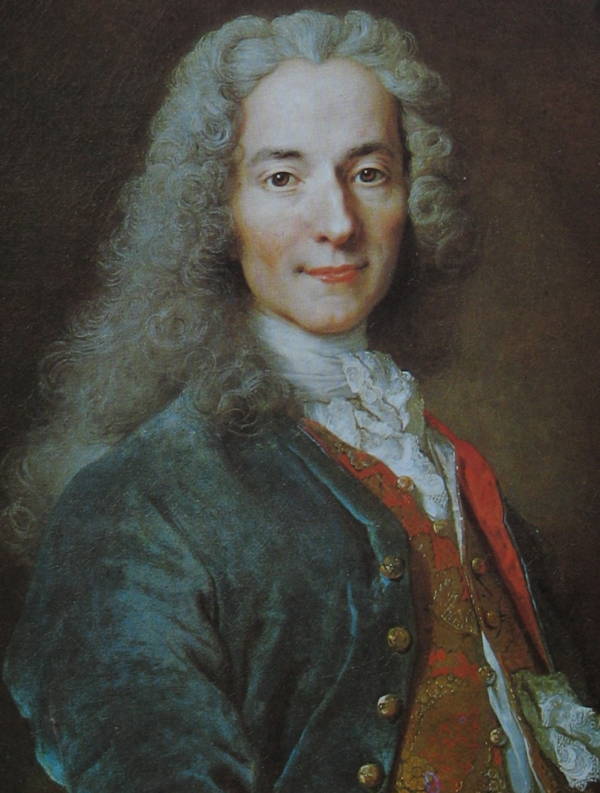 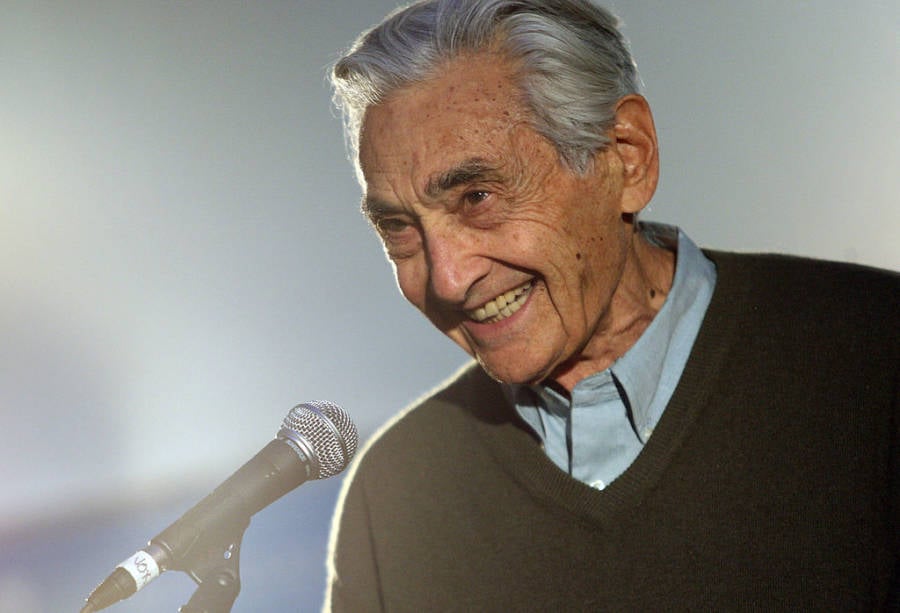 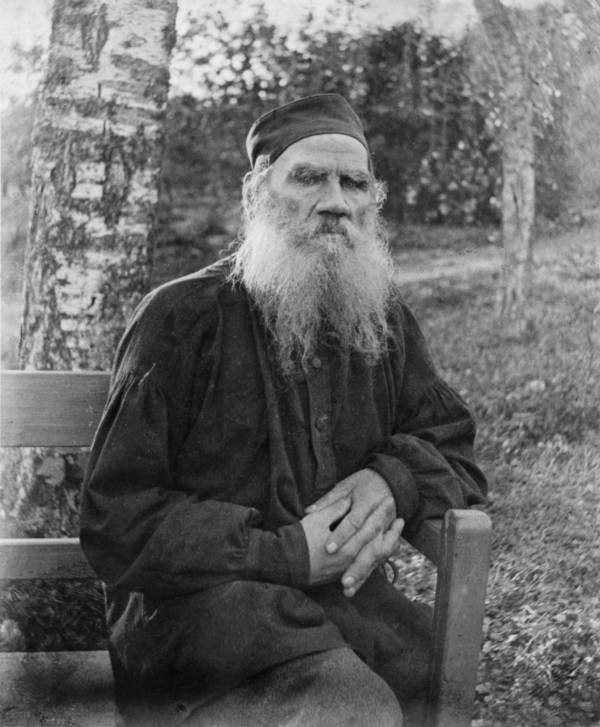 1 of 16
"He who joyfully marches to music rank and file has already earned my contempt. He has been given a large brain by mistake, since for him the spinal cord would surely suffice. This disgrace to civilization should be done away with at once. Heroism at command, senseless brutality, deplorable love-of-country stance and all the loathsome nonsense that goes by the name of patriotism, how violently I hate all this, how despicable and ignoble war is; I would rather be torn to shreds than be part of so base an action! It is my conviction that killing under the cloak of war is nothing but an act of murder.”

Albert Einstein, Date unknownAFP/Getty Images
2 of 16
"War may sometimes be a necessary evil. But no matter how necessary, it is always an evil, never a good. We will not learn how to live together in peace by killing each other's children."

Jimmy Carter, 2002 Marion Trikosko/Library of Congress/Wikimedia Commons
3 of 16
"Politicians who took us to war should have been given the guns and told to settle their differences themselves, instead of organizing nothing better than legalized mass murder".

Harry Patch, the last surviving soldier of World War I, 2007 Shaun Curry/AFP/Getty Images
4 of 16
"An aggressive war is the great crime against everything good in the world. A defensive war, which must necessarily turn aggressive at the earliest moment is the great counter crime... We never think that war, no matter how necessary, nor how justified is not a crime. Ask the infantry and the dead."

Ernest Hemingway, 1946 Wikimedia Commons
5 of 16
"The science of war leads one to dictatorship, pure and simple. The science of non- violence alone can lead one to pure democracy."

Mahatma Gandhi, 1949Wikimedia Commons
6 of 16
"A nation that continues year after year to spend more money on military defense than on programs of social uplift is approaching spiritual doom.”

First Chancellor of Germany Otto von Bismarck, 1878 Wikimedia Commons
8 of 16
President Lyndon B. Johnson. Wikimedia Commons
9 of 16
"When I went to war in World War II, we had two fears. One was we would be killed. The other was that we might have to kill somebody. And now killing is Whoopee. It does not seem much anymore. To my generation, it still seemed like an extraordinary thing to do, to kill."

Kurt Vonnegut, 1987Wikimedia Commons
10 of 16
“The nuclear arms race is like two sworn enemies standing waist deep in gasoline, one with three matches, the other with five.”

Carl Sagan, 1983 Wikimedia Commons
11 of 16
“Every gun that is made, every warship launched, every rocket fired signifies in the final sense, a theft from those who hunger and are not fed, those who are cold and are not clothed. This world in arms is not spending money alone. It is spending the sweat of its laborers, the genius of its scientists, the hopes of its children."

President Dwight D. Eisenhower, 1953AFP/AFP/Getty Images
12 of 16
"You can no more win a war than you can win an earthquake. War is the slaughter of human beings, temporarily regarded as enemies, on as large a scale as possible."

Jeannette Rankin, the first woman to serve in the U.S. Congress, 1941 Wikimedia Commons
13 of 16
“It is forbidden to kill; therefore all murderers are punished unless they kill in large numbers and to the sound of trumpets.”

Voltaire, 1771Wikimedia Commons
14 of 16
“How can you have a war on terrorism when war itself is terrorism?”

Howard Zinn, American historian, 2001Bryan Bedder/Getty Images
15 of 16
"If everyone fought for their own convictions there would be no war.” At least when compared with the Vietnam era, the anti-war movement -- with its marches, protests, and "make love not war" spirit -- is one that seems to have burned out in America.

It's not that peace has been attained. The U.S. is still in the midst of military conflicts in Iraq, Syria, Afghanistan, and Pakistan that have cost $4.8 trillion, created 10.1 million refugees, and claimed 370,000 lives.

But the protests are smaller and the rage seems to have dissipated -- at least when compared to anti-Vietnam War protests of the 1960s and 1970s.

This could be because, in the absence of a draft, most U.S. citizens are no longer directly impacted by conflicts abroad. It could be that, after seeing the horrible ways in which Vietnam veterans were treated, people fear that their anti-war statements will be misconstrued as anti-soldier, rather than anti-war.

Either way, as a 2003 Gallup poll taken at the outset of the U.S. wars in Iraq and Afghanistan found -- with results that still hold true today -- there has been "a rather low rate of participation among Americans in anti-war protests [since the Vietnam War]. Many Americans would prefer there be no protests, especially once war has begun. But at the same time, most recognize the free speech rights of those who oppose the government's action."

In the face of such trends, above you'll find 15 anti-war quotes that could encourage anyone to get passionate about peace.

Enjoy these anti-war quotes? Next, have a look at the 1967 anti-war protests in Harlem.