This mysterious pulse originating from the outskirts of a galaxy half a billion light-years away is the first to ever follow a consistent cycle. 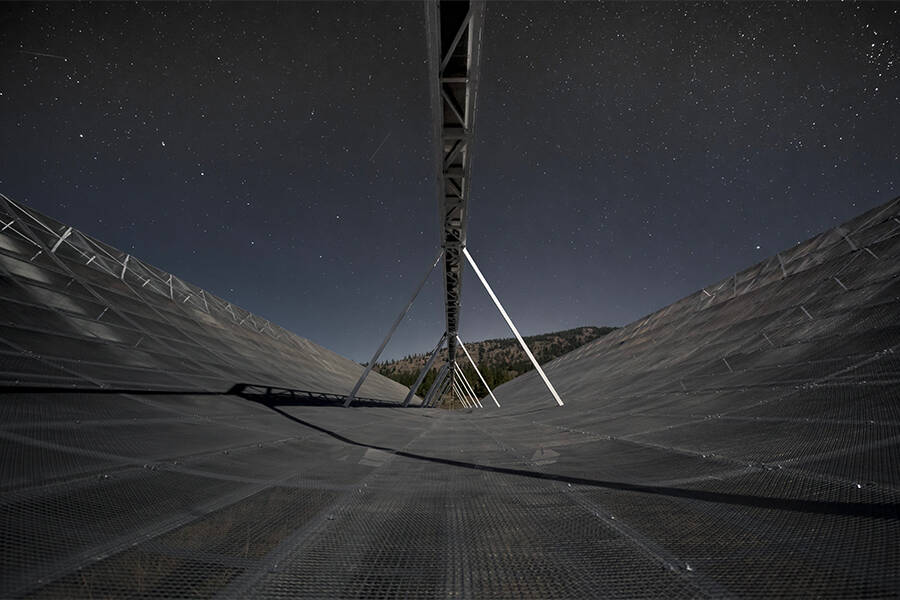 CHIME CollaborationInside the cylinder of the CHIME Collaboration radio telescope, which researchers used to detect the first-ever periodic fast radio burst originating in a galaxy 500 million light-years away.

In a remarkable discovery sure to delight any fan of the final frontier, scientists have detected a deep-space radio signal unlike anything ever found before. These pulsating signals from deep space are known as fast radio bursts (or FRBs) and they’ve been captured by scientists before, but one signal studied by scientists behind a recent paper is the first-ever to show a repeating, periodic pattern.

As VICE reported, scientists at the Canadian Hydrogen Intensity Mapping Experiment Collaboration’s (CHIME) Fast Radio Burst Project in British Columbia have determined that the mysterious signal follows a cyclical period. The FRB (which has been designated as FRB 180916.J0158+65) is emitted from its source once every 16.35 days like clockwork.

Not only is this the first time a signal detected from space has ever shown a periodic pattern of any kind, it’s also the nearest FRB that has ever been detected from Earth — despite being half a billion light-years away.

These pulsating signals have been a mystery for space researchers since the first FRB was identified in 2007. So far, scientists have successfully identified two types of FRBs — ones that emit radio signals only once and those that give off multiple bursts, otherwise known as “repeaters.” So far, both types of FRBs seem to burst out sporadically without any discernible pattern.

But FRB 180916, originating on the outskirts of a galaxy 500 million light-years away, is a very different kind of emitter in that it has a consistent pulse. 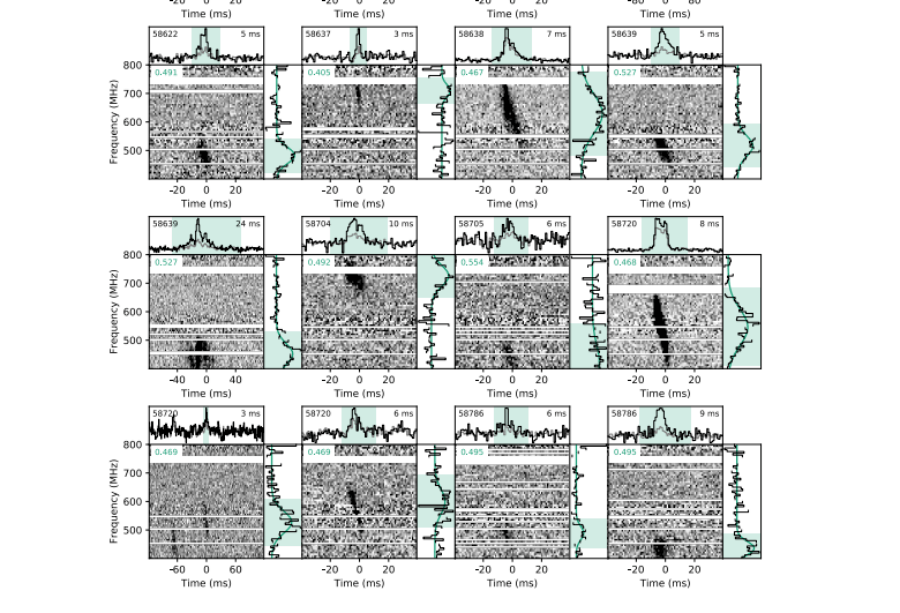 The CHIME team used its radio telescope to monitor FRB 180916 between September 2018 and October 2019. During this observation, the team found that the signal’s bursts typically bunched up in a four-day period before disappearing again for the next 12 days, resulting in an apparent 16-day cycle.

“The discovery of a 16.35-day periodicity in a repeating FRB source is an important clue to the nature of this object,” the CHIME researchers wrote in a study published on the arXiv preprint server in January.

Little is known about these bursts of energy but we do know that they come from an energy source somewhere in deep space. However, what those energy sources are is anyone’s guess. 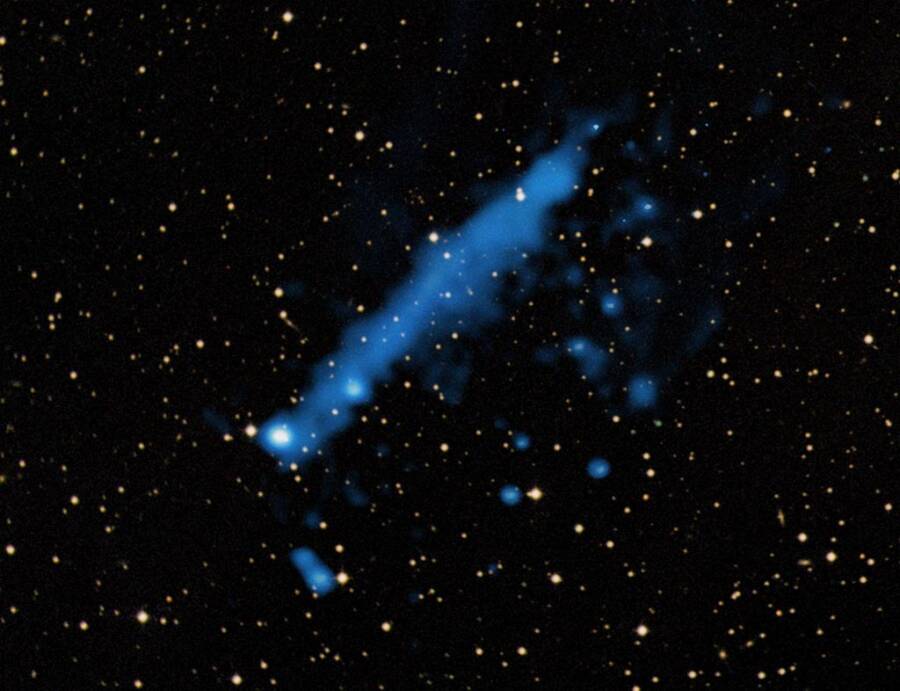 Wikimedia CommonsThe recent discovery came from a galaxy half a billion light-years away yet it is the closest such energy bursts have ever been detected.

There are a number of possibilities as to what might be causing the periodic signal. For one, the source could be a star or black hole since they also demonstrate periodic characteristics. The 16-day cycle might be the object’s orbital period in which the FRB signal reaches toward Earth at a certain time during its orbit.

Given that the repeat FRB is located in a star-forming galaxy known as SDSS J015800.28+654253.0, the source of the strong signal could also be coming from a stellar-mass black hole or from a lone object such as a pulsar — the superdense remnant of a collapsed star after it has gone supernova — which emits radio signals from hot spots on its surface as it spins, acting a lot like the beacon of a lighthouse.

Interestingly enough, “repeater” FRBs were thought to be quite rare up until a recent study conducted by the CHIME team successfully identified eight new repeating FRBs last year. Their discovery raised the total number of known repeaters to 10 out of more than 150 FRB sources. Then, earlier this month, a separate study identified an another repeater, bringing the total up to 11. 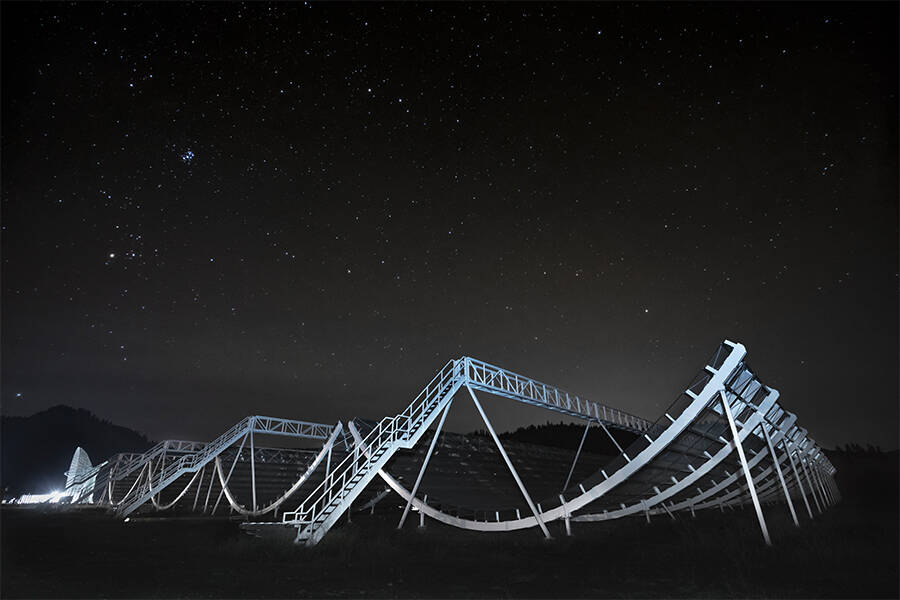 “One of the big open questions about FRBs is whether or not they all repeat,” astronomer Pravir Kumar of Australia’s Swinburne University, who was involved in detecting the most recent repeater, told ScienceAlert. “While over a hundred FRBs are known, up until recently only one had been found to repeat.” Kumar explained that this suggested the repeaters might not be as rare as previously thought.

“We found 20 FRBs and searched for repetitions with ASKAP [Australian Square Kilometre Array Pathfinder] for two years,” he said. “In over 12,000 hours we found none! However, could it be possible that repetitions were too faint for ASKAP to detect?”

Indeed, there is a good chance that researchers have simply been unable to pick up repeat bursts from some FRBs because they were too weak.

In the case of FRB 180916, the scientists involved in the study noted that there were periods during the 409 days they observed the FRB source where they didn’t detect any visible bursts. Nevertheless, even if they didn’t detect a burst, the source still stuck to a 16-day cycle, as if an instrument was keeping a steady beat but occasionally skipped notes.

The mystery of these energy signals from deep space will remain a fascination for scientists and astronomy enthusiasts alike as more of these FRBs are discovered and the nature of their sources is revealed.

Now that you’ve learned about the first periodically-occurring deep-space signal discovered by scientists, read how scientists unearthed the world’s oldest-known meteor crash site in the Australian outback. Then, watch as a star the size of our Sun gets ripped apart by a supermassive blackhole.