Nearly 25 years after Denise Johnson was stabbed and set ablaze inside her North Carolina home, one true crime podcast uncovered some chilling facts and theories that have reignited the investigation. 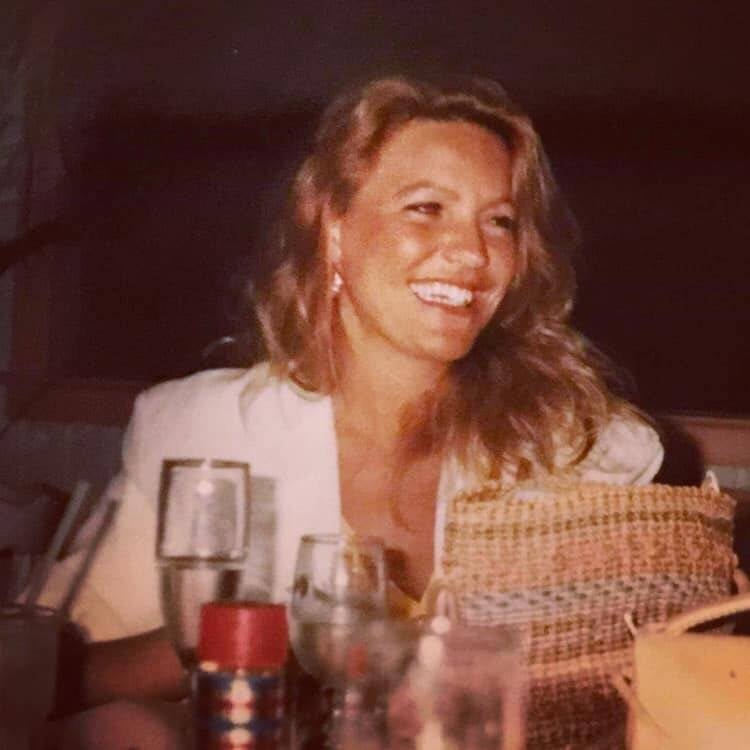 The Coastland TimesDenise Johnson’s murder is still unsolved after 25 years.

On a warm July night in 1997, firefighters in Kill Devil Hills, North Carolina, answered an emergency call for a house fire. When they arrived, they discovered the body of 33-year-old Denise Johnson surrounded by flames — but the fire wasn’t what killed her.

As the team worked to extinguish the blaze engulfing the house, one firefighter attempted to resuscitate Johnson. When he noticed bloody wounds on her neck, he realized it was too late. An autopsy would later reveal that she had been stabbed several times while trying to fight someone off.

Detectives began investigating who could have killed Johnson and why. Her family was baffled, as they couldn’t imagine anyone ever wanting to hurt the kind and cheerful young woman. But Johnson had received some harassing phone calls several months before her death and more recently had been complaining about someone stalking her.

There was very little evidence to work with, and the investigation went cold for two decades until another Outer Banks resident revived the case with a successful podcast. Now, Denise Johnson’s family may finally get the answers they have waited so many years for.

What Happened The Night Of Denise Johnson’s Murder?

Denise Johnson was born to Floyd and Helen Johnson on Feb. 18, 1963, in Elizabeth City, North Carolina. She spent a happy childhood on the beach with her five sisters, and those who knew her loved her bright smile and friendly personality.

At the time of her death, Johnson was living in her childhood home in Kill Devil Hills, a small beach town near the Outer Banks in North Carolina. The area’s picturesque views draw thousands of visitors during the summer season, but those who called it home in the 1990s rested easy at night in their safe, quaint community.

On July 12, 1997, Johnson had been at her job as a waitress at Barrier Island Inn until 11:00 p.m. She was last seen at a nearby convenience store, where she stopped on her way home. With her was a woman between 5’5″ and 5’10” with short blonde hair.

Just hours later, at 4:34 a.m. on July 13, 1997, Johnson’s house on Norfolk Street went up in flames. A neighbor called to report smoke coming from the beach cottage, and emergency crews quickly arrived on the scene. Upon entering the home they found Johnson lifeless. Firefighters pulled her from the flames and attempted to resuscitate her — but it was too late. 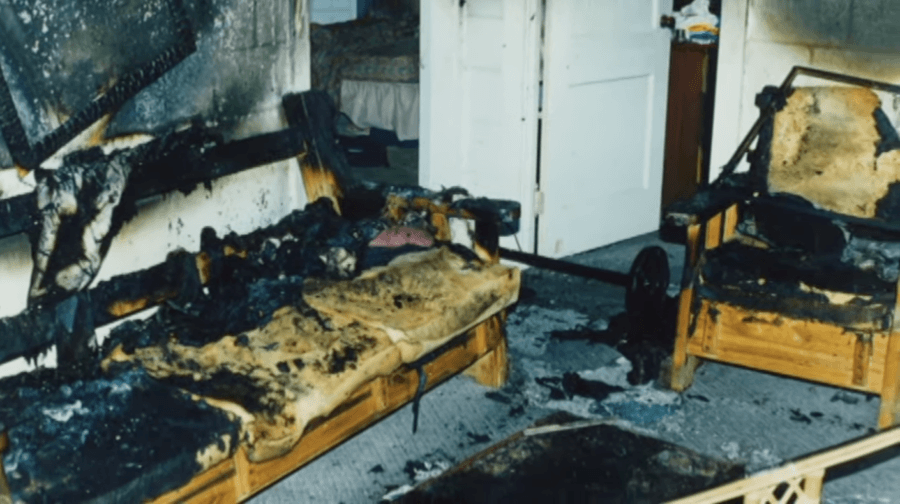 YouTube/Town of Kill Devil HillsDenise Johnson’s killer set multiple small fires in her home in an attempt to destroy evidence.

Glenn Rainey, the fireman who carried her from the burning house that night, recalled, “When I pulled her outside and was going to try CPR, it was quickly obvious that was not going to happen.”

The bloody wounds on Johnson’s neck made it clear to rescuers that she had not died from smoke inhalation alone. The county medical examiner found that Johnson was stabbed multiple times and had suffered additional wounds as she tried to defend herself from her attacker, as reported by the Outer Banks Voice. The examiner wrote, “She was stabbed at least half a dozen times, almost all in the area of her neck.”

There was no evidence of sexual assault, and Johnson’s toxicology report came back clean. Her official cause of death was listed as loss of blood and smoke inhalation, meaning she was still breathing when the fire began.

Such a horrific crime rattled the small Kill Devil Hills community, and the North Carolina State Bureau of Investigation (NCSBI) as well as the FBI stepped in to help solve the case. On the scene, 59 pieces of evidence were collected by federal investigators with the intent to create a criminal profile to track down Denise Johnson’s killer.

The Coastland Times reported that Johnson had received harassing phone calls in the months before her death. She had also complained more recently that she was being stalked, though no one knew by whom.

Police interviewed 150 people with no answers. And the multiple small fires that had been set intentionally as Johnson lay dying had succeeded in destroying important evidence. The investigation soon went cold.

A Podcast Leads Police To Reopen The Investigation

On the night of Denise Johnson’s death, Delia D’Ambra was just four years old. She had recently moved with her family to nearby Roanoke Island, and she spent her formative years there, creating a close connection with the Outer Banks community.

A University of North Carolina Chapel Hill graduate, D’Ambra has had a successful career as an investigative journalist. The events of that July night and the mystery of Denise Johnson’s murder had always fascinated her, so she began diving into the records. 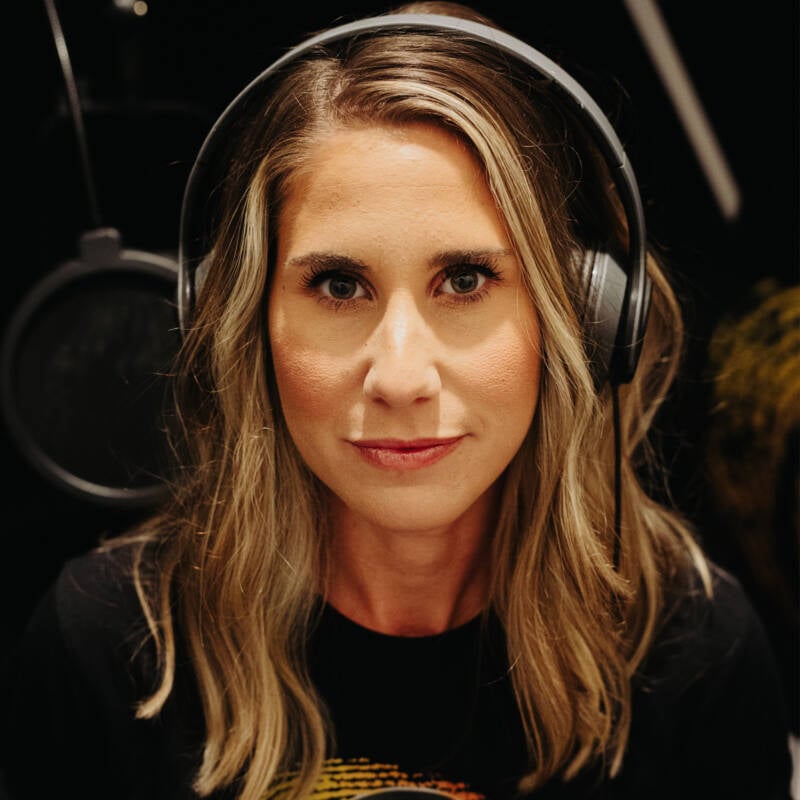 Soon, she was working full time as a journalist while also acting as an unofficial investigator of Denise Johnson’s murder. Realizing there was enough evidence to have the case reexamined, she reached out to Johnson’s family to discuss the possibility.

With the family’s blessing, D’Ambra began a two-year deep dive into the events surrounding the case. She performed new interviews with friends and family and examined all the official reports taken in 1997.

She launched her first podcast, CounterClock, in January 2020 to tell Denise Johnson’s story and advocate for the reexamination of the murder. D’Ambra soon realized that the Dare County prosecutor’s office didn’t even know about the case.

“The district attorney prior to speaking with ‘CounterClock’ actually had no idea about the Denise Johnson case,” D’Ambra told Oxygen. “The podcast brought it to their attention and now they have acted in 2020.”

The Investigation Of Denise Johnson’s Murder Is Active Once Again

Eighteen months after the launch of CounterClock, the Kill Devil Hills Police Department announced they would reopen Denise Johnson’s case. And they credit the podcast for pushing them to start a new investigation.

“The CounterClock podcast spurred more enthusiasm and really lit a fire and provided some very needed inertia in the case to get us moving forward,” Dare County District Attorney Andrew Womble told Fox46. 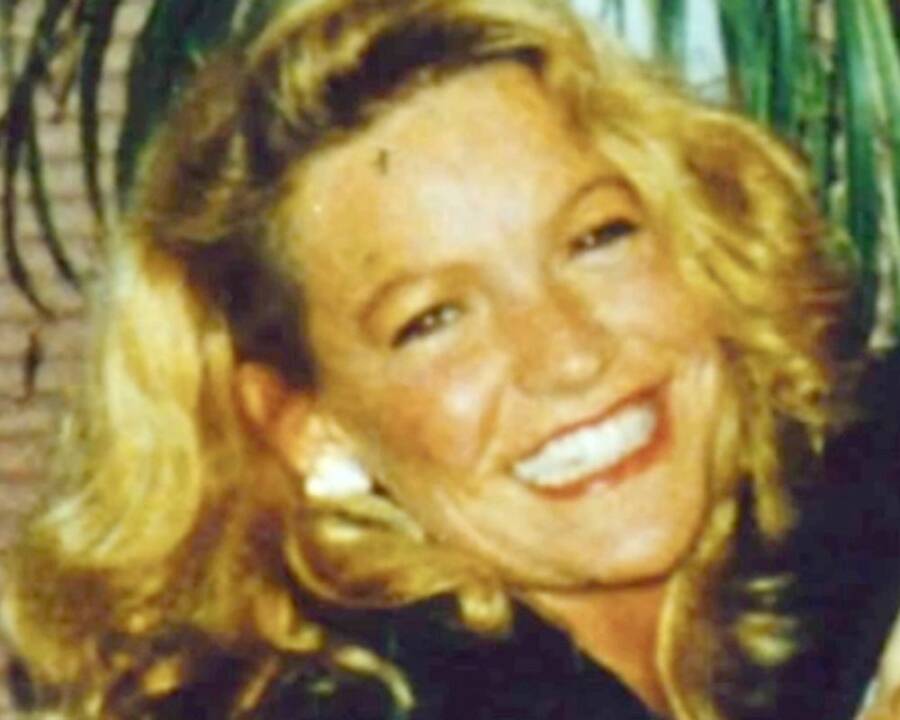 Facebook/Delia D’AmbraDenise Johnson’s family and friends remember her as a cheerful woman who loved animals and spending time at the beach.

Womble’s office is working with the Kill Devil Hills Police Department to retest the evidence collected in 1997. “We didn’t have the technology 24 years ago that we have now,” he explained.

Johnson’s family is hoping that the podcast’s large audience may also lead to breakthroughs in the case. “They might remember something that they think is not even important. But if they could call Crime Line, that could be the missing link,” said Donnie. “I want people to remember Denise as a sweet girl who loved the beach and her animals. She was a good person and not just a statistic.”

D’Ambra also hopes her listeners remember that Denise Johnson is more than a season of a podcast and that there is great responsibility in the advocacy work that comes with true crime investigation, especially in cold cases like Johnson’s.

“I hope [investigators] do what they can to the best of their ability so they can get answers for the family, answers for the community, and answers for their own unsolved case which has loomed over that department for over two decades,” D’Ambra says as the case, and her podcast, gain traction. “It’s been 24 years, but I have no doubt that this case can be solved.”

After reading about Denise Johnson’s unsolved murder, learn about the mysterious death of Jeannette DePalma, which some believe was the work of Satanists. Then go inside these 6 Unsolved Murder Cases That Will Keep You Up At Night.