On September 19, 1972, Jeannette DePalma's body was found in a New Jersey quarry and the evidence allegedly pointed to disturbing occult motives.

On Aug. 7, 1972, Jeannette DePalma left her home in Springfield Township, New Jersey, to go visit a friend. That would be the last time anyone would see her alive. Her body was subsequently found in a rock quarry after a dog brought home her decomposing arm.

To this day, her death remains a mystery. The New Jersey coroner’s office still has not classified it as a homicide, and there are some who believe that the case would have been solved a long time ago but for the media sensationalizing the case — and spreading the idea that she was murdered by Satanists.

So, what really happened to Jeannette DePalma? Was she murdered by devil worshippers, or did a sad accident get swept into an early version of the “Satanic Panic” of the 1980s? 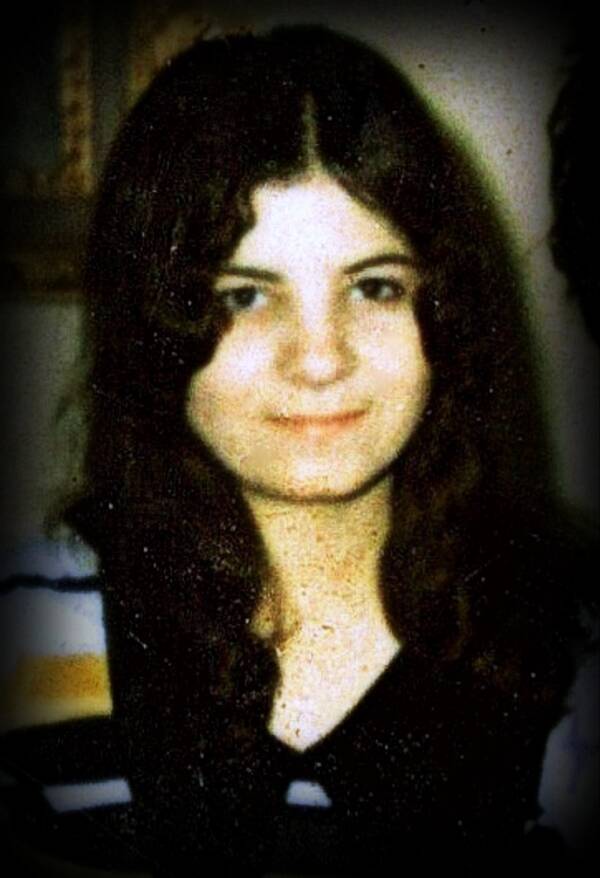 Jeannette DePalma was born on Aug. 3, 1956, and lived an upper-middle-class life in the New Jersey suburb of Springfield Township. The DePalmas, raised Jeannette and her siblings in a devout Christian household.

They lived in a beautiful house on Clearview Road, where the Manhattan skyline was visible on a clear day, but far enough from the hustle and bustle of the Big Apple to make the crime rate nearly non-existent.

Four days before she disappeared, Jeannette DePalma celebrated her 16th birthday. The celebration was largely unremarkable, as the teenager was closely associated with her faith. As such, “partying” was off the table.

But then on Aug. 7, Jeannette told her mother that she was taking the train to a friend’s house. She never made it there, never called her mother to let her know she’d be running late, and never made it home. Her parents reported her as a missing person, and there was no trace of Jeannette to be found until Sept. 19, 1972, when a dog returned from its walk with an arm in its mouth. Police were immediately summoned, and bloodhounds were dispatched.

And then, in a part of the Houdaille quarry known as The Devil’s Teeth, a body was found face down and — allegedly — surrounded by wooden crosses and logs positioned in a coffin pattern. Other eyewitness accounts suggested that there was a pentagram and other “occult objects” in the makeshift coffin.

The body was fully clothed — and so badly decomposed that an initial cause of death could not be ascertained. In fact, it took dental records to definitively identify the body as that of Jeannette DePalma.

But once investigators were sure that they found her remains, the media had a field day with the speculation.

Media Hysteria Around The Case

At the time of Jeannette DePalma’s death, the infamous “Satanic Panic” of the 1980s was yet to come. But still, the publication of Anton LaVey’s Satanic Bible, the popularity of the film Rosemary’s Baby, the freshness of the Manson family murders in the collective cultural zeitgeist contributed to a growing belief in a sinister force from the underworld permeating American culture.

The DePalmas were closely tied to their faith, and as such, police initially believed that Jeannette’s death was part of an occult ritual. It didn’t help that, at the time, the nearby Watchung reservation was an area commonly used by neopagans to practice their naturalistic faiths. Police were so convinced that there was a connection between the two that they even brought a witch in to investigate the case further.

And the media ran with every bit of speculation surrounding the alleged Satanic sacrifice of the pretty young teenager. “While Union county authorities declined comment on the mysterious death of Jeannette DePalma, informed sources confirmed there is evidence to indicate the involvement of teenage Satanic worshippers,” blared one article, which added that books on the occult had to be kept under lock & key because they were stolen at such a high rate — as if to imply that the two were connected, somehow.

The New York Daily News was no better with their coverage, either. On Oct. 4, 1972, the newspaper interviewed the Rev. James Tate, who insisted that the “Devil’s Disciples” killed poor Jeannette when she tried to spread the Good Word about Jesus Christ. “She was so religious that she would often talk to friends and acquaintances about God,” he said, adding that when the heathens were lectured about the power of Christ, “their fanaticism arose and they killed her.”

What Really Happened To Jeannette DePalma?

The Satanic ritual murder theory is, of course, the most popular one, but others abound about what really happened to Jeanette DePalma. One theory was that Jeannette — who was a recovering addict — accidentally overdosed while hanging out with her friends, who subsequently dumped her body in the quarry in a panic.

Another theory holds that Jeannette was the victim of a crime of opportunity and that she may have been killed by the same man who killed Mary Ann Pryor and Lorraine Kelly, both of whom were found in heavily wooded areas like Jeannette DePalma.

Interest in the case died down until the late 1990s, when the Weird NJ magazine (which is, today, a website) began reporting on the case after receiving several letters that allegedly gave exclusive details to the writers. The editor, Mark Moran, subsequently teamed up with writer Jesse Pollack to write what is considered the definitive book on the subject, Death on the Devil’s Teeth.

In the book, Moran and Pollack reveal that their research led to several previously unknown suspects, evidence of a cover-up, and even connections to other previously unsolved murders.

Most of the evidence about the Jeannette DePalma case, however, was allegedly destroyed in Hurricane Floyd. That didn’t stop Moran and Pollack, and they continued to research the case. After Ed Salzano — who runs the “Justice for Jeannette DePalma” Facebook page — unsuccessfully sued the county to obtain DNA evidence in February 2021, Moran and Pollack finally obtained the case files from the Union County Prosecutor’s Office under a Freedom of Information Act (FOIA) request.

The revelations contained in the documents were quite clear: there was no evidence of occult activity, animal sacrifice, or anything else that would suggest anything of a Satanic nature. However, her necklace and her purse were stolen from her, suggesting this as a possible motive. Still, her cause of death remains unknown, and her death has not officially been declared a homicide. However, the case remains open.