"This is a unique discovery of the first ever remains of a fully grown Pleistocene wolf with its tissue preserved." 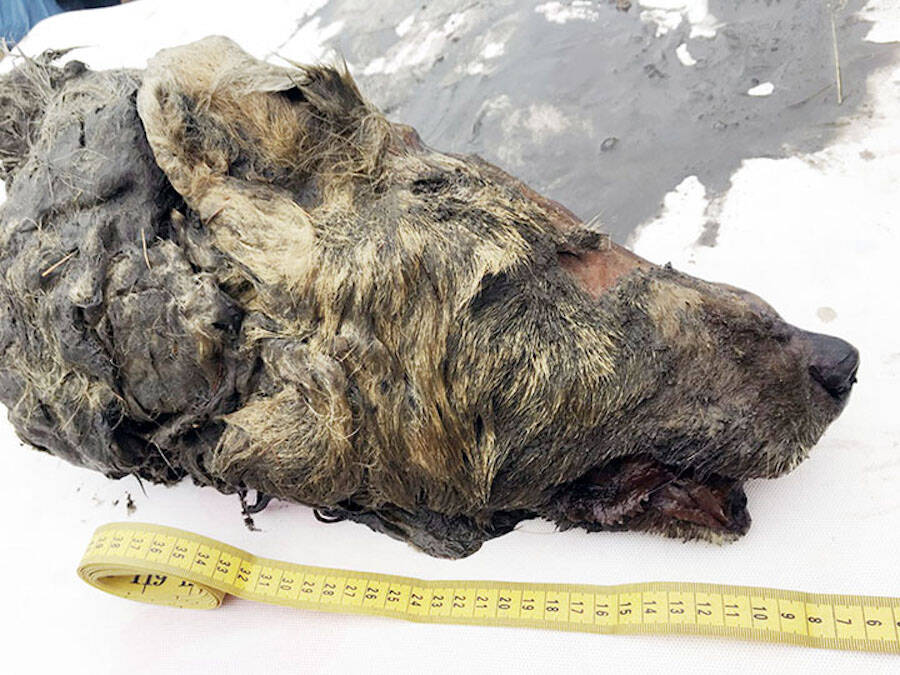 Albert ProtopopovScientists estimate that the wolf lived 40,000 years ago.

You never know what you might encounter during a casual stroll in Siberia. Local resident Pavel Efimov was walking along the Tirekhtyakh River in the Russian Republic of Sakha when he came across something bizarre: a severed wolf head. But upon closer examination by experts, they found that it wasn’t just the head of any kind of wolf, but that of a prehistoric predator which lived 40,000 years ago during the Ice Age.

“This is a unique discovery of the first ever remains of a fully grown Pleistocene wolf with its tissue preserved,” paleontologist Albert Protopopov from the Republic of Sakha Academy of Sciences told The Siberian Times.

The head, which measures 16 inches in length and is larger than half the body length of a modern-day wolf, is astonishingly well-preserved with its fangs, thick fur, soft tissue, and brain intact.

Although this is not the first such discovery of an ancient wolf in Siberian territory, other discoveries have typically been skull specimens or the remains of pups. This head is believed to be from an adult wolf aged between two to four years old when it died.

The incredible discovery was announced in a joint exhibition organized by Yakutian and Japanese scientists in Tokyo, Japan. Further analysis of the wolf’s DNA will be done by an international team of scientists at the Swedish Museum of Natural History. By examining the wolf’s ancient DNA, researchers hope to learn more about the evolution of ancient wolves to their modern iterations.

The researchers have time-stamped the impressive specimen to 40,000 years ago during the Pleistocene era. 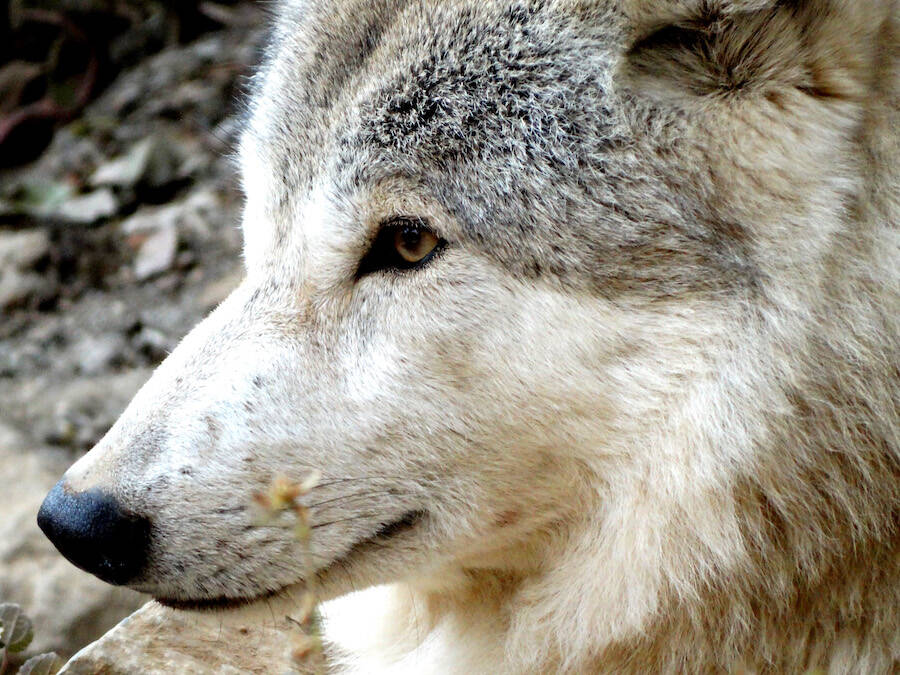 Wikimedia CommonsAnalyzing the specimen’s ancient DNA will allow scientists to learn more about the evolution of modern wolves.

In addition to some genetic analysis, the ancient wolf’s features will be reconstructed using a non-invasive x-ray with which the inside of the skull can be examined without destroying the head.

The Siberian permafrost, which includes areas in northern Canada, Alaska, and Greenland, has been host to other incredible archaeological finds in the past. In fact, the team responsible for the recovery of this wolf head struck big in 2015 and 2017 with the discovery of several ancient cave lion cubs.

In 2017, one ancient cave lion cub was discovered around the same place by the Tirekhtyakh River in the Siberian permafrost territory. Before then, researchers had already uncovered two other cubs — which scientists named Uyan and Dina — in 2015. The two cubs were unearthed on the banks of a different river still in the permafrost region.

“Everyone was amazed then and did not believe that such a thing is possible, and now, two years later, another cave lion has been found in the Abyiski district,” Protopopov said then. Researchers dated all three cub specimens between 20,000 to 50,000 years ago, around the same time the ancient cave lion population became extinct. 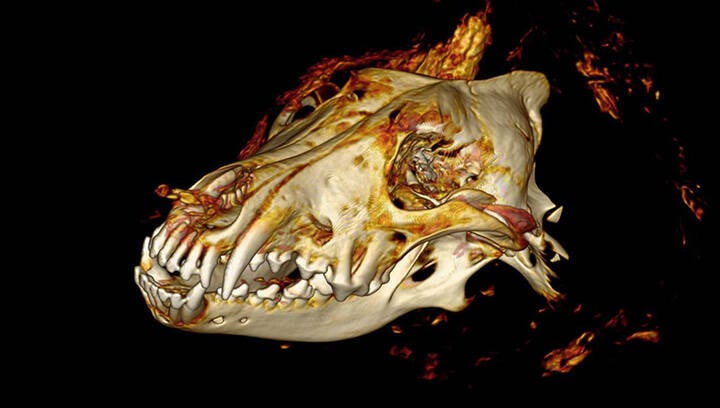 CT scan of the wolf’s skull.

Like the wolf’s head, the lion cubs were incredibly well-preserved. The cubs had all their limbs intact and showed no external injuries. The prehistoric animals were so perfect that they sparked a sudden interest among some scientists to clone the little beasts.

The ancient cave lion cubs were placed side-by-side with the new wolf specimen during the recent announcement by the researchers. The ancient wolf head has yet to ignite the same cloning discussion, but that doesn’t mean that it won’t in the future.

Next, read how scientists extracted blood and urine from a perfectly preserved 42,000-year-old foal. Then, learn about Xin Zhui, the 2,000-year-old Chinese woman who is among the most well-preserved mummies in the world.